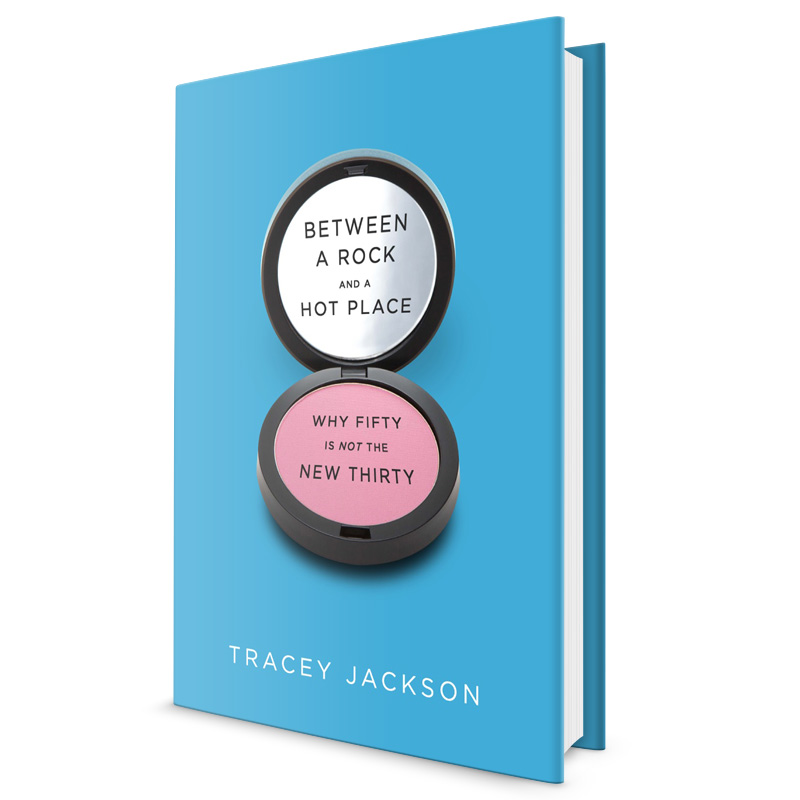 As she approached her fiftieth birthday, Tracey Jackson found herself bombarded—at the gym, at parties, in conversations with friends—by a catchphrase on everyone’s lips. “Fifty is the new thirty” and the endless magazine articles, photos, and T-shirts proclaiming the new aphorism had apparently bloomed out of a collective sense of denial, masking the true fears of a generation unwilling to relinquish their youth.

With a comedy writer’s training and a screenwriter’s eye for detail, Jackson skewers the myth in Between a Rock and a Hot Place, a hilarious, bare-knuckled, and ultimately practical appraisal of what middle age really means today. Willing not only to face the elephant in the room, but to put him under a (large) microscope, Jackson confronts the truth about death, work, and sex in what the French call the “third age,” using poignant, laugh-out-loud stories from her life. Jackson examines the changing roles of motherhood and wifehood; the necessity of planning a “career after your career”; the unvarnished reality of our aging bodies; and the generational shift in our perception of age (“Tight abs was not a phrase my grandmother had ever heard. And even if she had, her response would likely have been, Who needs that when you have a girdle?”).

Turning fifty is a wake-up call—but one that can be greeted with a plan. Recounting the changes she went through, the things she learned (and things she didn’t) en route to fifty, Between a Rock and a Hot Place navigates, with unsparing honesty and unerring wit, the confusion and uncertainty of the most significant uncharted transition in our lives.

No Shocker – Hollywood is Sexist and Ageist
Women and Hollywood Blog

Books to Watch for in February 2011
Oprah.com and O MAgazine

Between A Rock and a Hot Place, Why Fifty is Not the New Thirty by Tracey Jackson
GothamGal Blog

BOOK REVIEW: “Read it cover to cover, laughing most of the way”
Bless Their Hearts Mom Blog