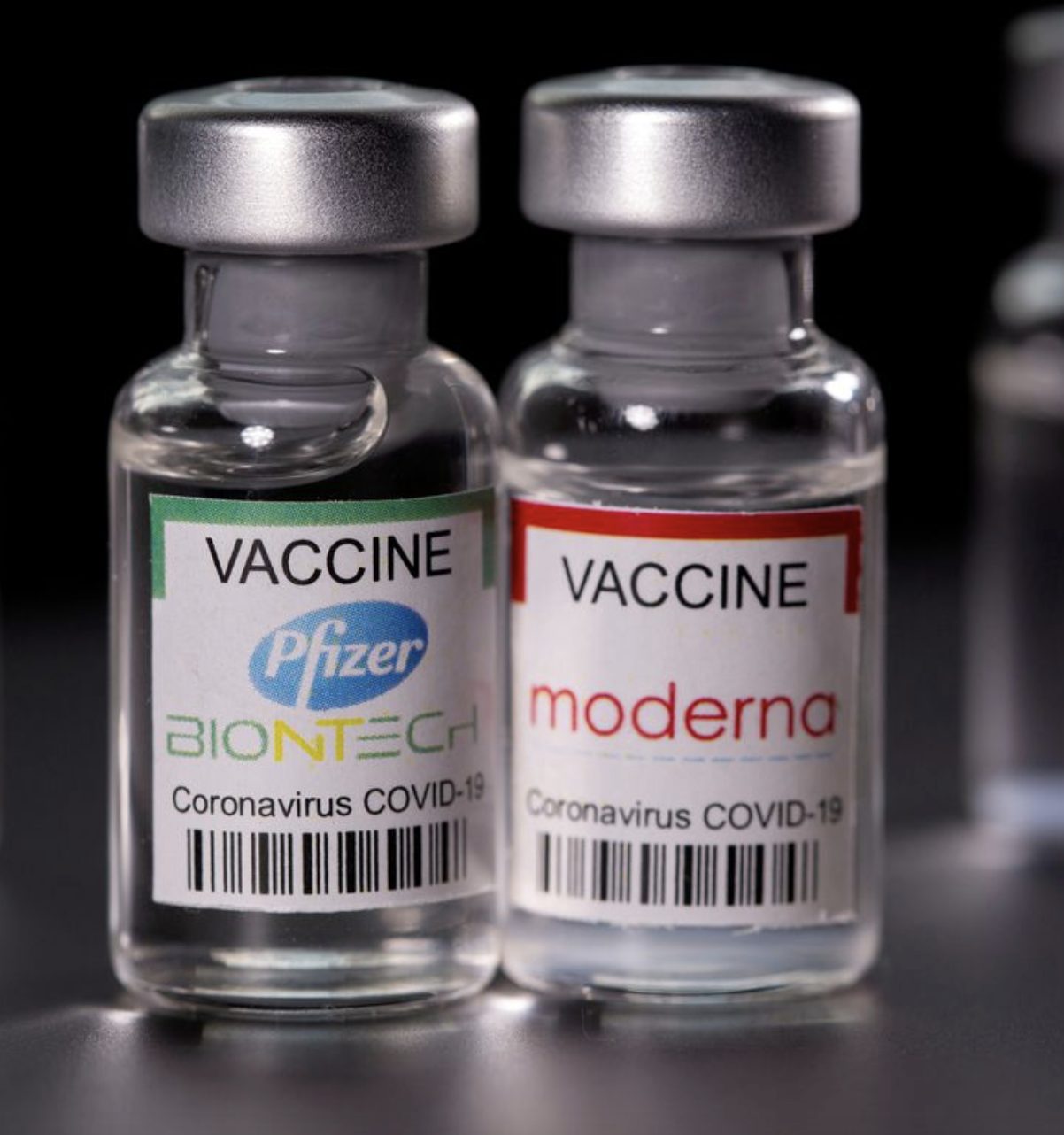 I am considered a late Boomer. I was born in 1958; four years after they started inoculating children against polio.

Smallpox, Yellow Fever, Typhoid, Polio Whopping Cough, Tetanus. All of them potential killers but kept at bay with a shot.

I knew these things because they were explained to me.  Though I did not understand the severity until I grew up and started traveling to third world countries.  India, Thailand, Brazil; there I saw the cratered faces of pox, the children and adults who didn’t get their polio vaccines and were unable to walk and often could not afford crutches or a wheelchair, so they scooted around on a wagon, or pulled themselves by their arms.  To know the horror of these things you really have to see them.

One thing I knew for sure is I came from America and in America everyone I knew was vaccinated.  If you were not, you could not go to school. In fact, you could not get on planes at one time unless you had your little green vaccination record that you slipped into your passport, alerting the global customs officials that you were shot and safe.

I knew I was lucky. I came from the land where our doctors and scientists protected us from crippling and killer diseases.  And there was no one pushing back. I never heard of anyone not getting their inoculations, refusing a shot or accusing the government of conspiracy to kill or maim.

In later years the crazy anti-vaxers came forth declaring many of the inoculations that had protected us for decades caused Autism.  Something that to this day is yet to be proven true by the medical community.

And then along came a few things;, sadly hand in hand, The Deplorables were let loose with their crazy ideas, and they were egged on and handed their talking points by a maniacal man who without the antiquated electoral college would never have been in office.
At that point many of my assumptions came under fire.

After COVID washed over the world with its hyper Tsunami strength I assumed once we had one of those marvelous vaccines I had been taking my entire life, Americans would do what they had historically done: They would get in line and get themselves vaxed as soon as they could. And we would indeed get back to a version of life as we knew it.

I suppose I should have been prepared for the two Americas to line up on different sides of the lane.  Those like my friends and myself who believe in science and the idiots who believe COVID is a hoax.

This is all very hard to grasp as never in my life has medicine been politicized. You got sick, there was a threat to your health, you wanted to get well, be treated, and in the best of all worlds get it before it got you. I assumed this would be the way of COVID.

Now – we have less half the country vaccinated and the other half proudly and self- righteously refusing to get their shots. People were clamoring for them, and now they are stockpiling as those who wanted them to seem to have gotten them and the rest…. not for them.

Which would be OK, if they were just doing themselves in.   But they’re doing us all in.   OK, if you got the shots “you will not get as sick” You will not end up on a ventilator or so they say.

But now the Delta and the Beta are traveling at warp speeds themselves.

We were all so thrilled, two weeks after our second shot,  we felt  confident enough to go out a bit, eventually see friends.  But before contact, always  the first question being, “Are you vaxed?” or the more casual,  “You Moderna or Pfizer?” We took off our masks in public. Some people even took vacations to far away lands and and frolicked on beaches and let everyone on Instagram know about it.  Look ma no mask.

Some us  stayed closer to home. Have not eaten out as much as we once did. Some of those old COVID habits stayed with us, but we did lighten up.

It was nice seeing friends. It was nice going out. And again, I assumed things.  At a certain point, I assumed anyone I knew and was close to was sensible and caring of their own well-being and that of others, and that as soon as they could, they got immunized.

I knew no one who hadn’t, or so I assumed.

And then last week as the Delta was starting to drag infection rates up, I had a lunch with an old friend. A friend I quite like. A friend I was looking forward to seeing.

We had a jolly time as we always do. At the end of the meal, I tacked on a question that two months ago I would have asked before I made the date, but then again, I assumed we were past that point.  I asked, so what are you Moderna or Pfizer?  And to my shock and horror they said neither.

This is not a young person, not at all. So, it was doubly confounding. I can’t recall the exact conversation, it’s like being asked details when you were in shock and things all blur. But I do remember saying it’s dangerous and how could you not be afraid?  My questions were shot down by a barrage of conspiracy theory answers. The shots kill more people than they help. I said not true. When they said most people who died did not die of COVID  I asked for the check.  I was thinking how I had wished that I had been more vigilant in my questions prior to the date as I would have never made it had I known the situation.

If you are going to play roulette with your life that is your business but please do not play it with mine.  And at least have the decency to say I’m not vaccinated. So, I have the option of seeing you or not. It’s like telling someone you have a cold and maybe you don’t want to meet up today after all. It’s what you do to protect others from danger.

But we have half a population who doesn’t give a damn about others, about the dangers of not getting vaccinated, and are taking all of us many steps back with them.

And for this I am in a rage.

The disease is so bad in LA again they now have the indoor mask mandate back.

“The rise in new Covid-19 cases in California driven primarily by the highly contagious Delta variant continues to swell, now reaching levels not seen since February when new cases were dropping after a huge winter spike.”

“This is a pandemic overwhelmingly and disproportionately of those that have not been vaccinated,” California Gov. Gavin Newsom said Monday.

The numbers rose in every single state yesterday.

I assumed the Olympics would be a massive shit show of disease and sadly my assumption is turning out to be correct.   Sixty-one participants have tested positive at last count and the games are yet to begin.

How could it go any other way?  People arriving from all over the globe, living together and sharing their various variants.

Why could the Japanese not have waited a year?  My heart goes out to those athletes who have spent their entire lives, large sums of money and built their dreams on these games, only to not be allowed to compete. Many of those who are now forced to sit on the sidelines will not get to compete again in four years. That’s the way those games go.

It’s selfish on the part of the Japanese. They wanted the money. Global health be damned.

When does the world wake up? How many have to get sick? How many lives and dreams need to be ruined?

It’s little things, but we are back to living in quasi-lockdown.  We are going out. But not as much. We mask up when we are in public. I now ask people before I touch them or see them if they have been inoculated?  We are rethinking our Christmas trip that is already so banal compared to what we used to do.

We have been to the movies twice since lockdown. Both in the last three weeks. The first time we went in maskless, sat down, devoured our popcorn and enjoyed the show.

This week, we masked up. Looked around for seats that were all alone without anyone nearby. A few minutes after we sat down an elderly couple sat right behind us.

Glenn said we should move seats, but the only seats were right in front.  I turned around and politely said, “excuse me I hate to ask this, but have you been vaccinated?” They smiled and said of course, and they were happy we asked. Then we had the obligatory Moderna or Pfizer ice breaker discussion until the show began.

The new America, assume nothing. Don’t be afraid to ask questions.  Your life may depend on it.