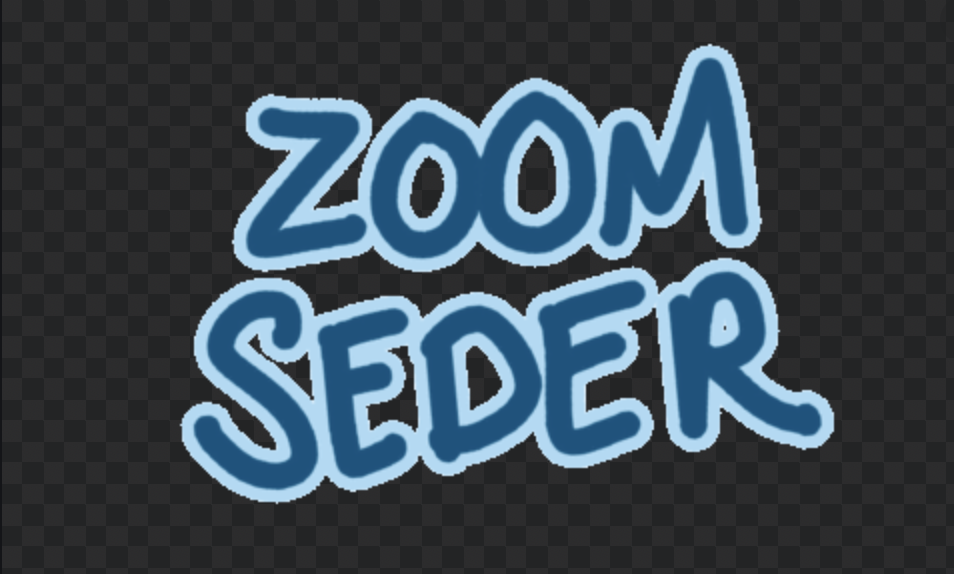 Here we all sit in our houses – sealed off from others on this four-day Holy weekend.

Passover started last night. Tomorrow is Good Friday, which I guess is going to be crappy Friday for most people. And then on Sunday families have to figure out how “rise to the occasion” with Easter.

At Passover, they have a lot of questions. I actually don’t know any of them except –

Why is tonight different than any other night?

My answer this year would be because we are in the midst of plague and we are all locked in and I can’t get fruit or flowers.

Oh, and also there are masses of dead people in freezers all over the city and the ambulances never stop.

Now Jews are supposed to be able to deal with a good plague. I’ve been told we have an A-plus in plagues.

But this week, here in New York at least, there is a panic over will they deliver the brisket in time?

My glibness aside there are so many other questions this year and none of us have the answers to any of them.

God’s never closed down all his houses at once before, especially in the Holiest of seasons.

What we know is last night and tonight, the two nights of Passover most families cannot get together.

And in a religion filled with several holidays that are not so much fun, Passover is one of the jolliest of the group. You don’t have to starve before the meal. Everyone partakes. There is a hide and seek game thrown in. And it’s a time when many family members gather together.

But this year, grandparents are sitting alone in apartments as they can get infected by being around the youngins. If you’ve been watching the Cuomo Brother’s Shows you know it’s called Matilda’s Law here in New York. Basically, demanding all young people to stay away from old people.

It’s in honor of Andrew Cuomo’s mother, Matilda. Though Chris told Andrew last night she was also his mother, with which the “Love Gov” responded, “She was my mom first.”

Just goes to prove no matter what your achievements, everyone wants to be mom’s favorite.

But families won’t be together;  not last night, not tonight.  Not on Easter Sunday. And that is sad.

This year Elijah seems to be showing up as an iPad.

Families are zooming their get-togethers.

I have not been invited to any Zoom Seders. Or Zeders as one could call them. But I am seldom invited to anyone’s Seders. Plague or not.

But I suppose the Zeder has its upside. If your brother has pushed you too far, you can just zoom out as opposed to spending hours in passive-aggressive or out-right aggressive exchanges with each other.

Your mother in law can’t reload your dishwasher- as you do it all wrong according to her since she can’t see it. You can load it any damn way you want. Happy Pesach.

Then, of course, there is less food to make and eat.

And if you’re like me and you’re a total failure at Seders, having never grown up with them, you can do what I did for Lucy. I signed her up for the 92nd Street Y’s  Virtual Seder.  She gets a Rabbi; she gets a Haggadah and all I supply is the brisket.

I actually hope people don’t like this distancing too much.  We need each other, we need to hug and be close and see each other in the flesh.

Our lives cannot be an online family game.

Then tomorrow is Good Friday.  I was supposed to be in Santa Barbara with my mother.  That is not happening.

Christians all go to Church.  I know they can stream the services.  But let’s face it, it’s not the same.  It’s easier to stream a meal than a full-on Good Friday Mass, incense, choirs, and light beaming through the stained glass does not zoom well.

If Christians had four questions, I guess does God live inside a computer might be one?

And then there is Easter Sunday.  From services to Easter Egg hunts and getting dressed up in your special Spring Party dress. Not to mention the ham lunch. Zam?  Would that be a zoom ham?

Do you think people will just be at home in their sweats eating ham sandwiches and streaming the service while they have Tiger King on the TV at the same time?

Getting together for holidays no matter what we believe is important.

I hope what we will learn this year, in this time of plague and addiction to our screens is that FaceTime is not like real-time.

We have become far too disconnected from each other in the last decade.

While we have had this false sense of togetherness we have never been further apart.

And maybe just maybe the universe said – Hey you guys want to be separate? You wanna live your relationships through a screen? Do you really want to know what a virtual world feels like?  I will show you. Here is a big fat global plague where you will be locked up in your apartment or home and you can’t get to anyone you love outside those inside with you. And guess what along with the Chipotles we are closing all houses of worship on some of the Holiest days of the year.

Now let’s see how much fun you think that is.

We will get through this. And I hope with a  better understanding of what being close really means.

And even though he’s not in this holiday mix, toss in the Buddha his whole schtick was life is about suffering.

So, in this time when so many are suffering either through losing loved ones, being sick themselves. Losing their jobs, their incomes, their sense of selves. Their freedom. During this truly difficult period, try and invoke the Dalai Lama’s religion and just be kind.

If you haven’t suffered much financially, tip more to those who are helping you get food on your table and medicine on your bathroom shelf. Be kind to those on the other end of the phone even if you are on hold through an entire season of Breaking Bad.  And be kind to those in your house.  This is a time of togetherness, maybe even too much.

But remember this hard on everyone and Holy Days or normal days just take a breath and remember we are all suffering, and we will rise above it at some point. And we will be able to be together again.

And I hope you have as good a plague as humanly possible.