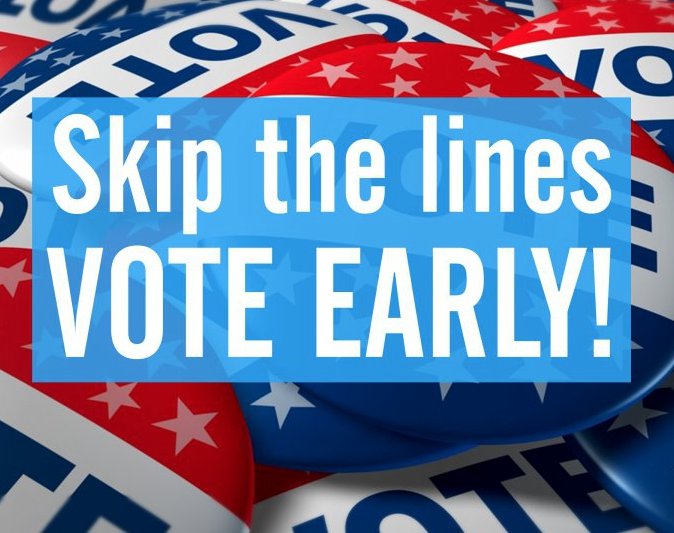 STAND IN LINE AND VOTE ON TIME

I have been lecturing people for a week about not voting early in the primary.

I started my lecturing a few weeks ago with a member of my family. Someone I care a lot about, but I told them they were a fool for voting when they did and frankly for who they did.

Now here we are with Super Tuesday coming up in less than twenty-four hours.

Why would you do this?  Honestly, unless you are on a tour of duty in Afghanistan or have surgery scheduled for tomorrow you should get your act together and show up at the polls.  I know I know; some people are registered in other cities. Hall pass. But the rest of you who did it out of laziness should be ashamed.

Look, I know I will lose readers over this scolding, but I don’t care.

I don’t actually care how many readers I have.

And I have lost or dropped so many people over Trump, it’s become a way of life.

Yesterday on my Instagram page I did a story about not voting early and also about not throwing your vote away.  Every one of these votes counts; With the coronavirus and Dick Heads mishandling of the CDC, lives are at stake.   Everything is at stake, from the Constitution to the Supreme Court.

Throwing your vote away this year is really easy, all you have to do is vote for Warren, Klobuchar or Bloomberg.  They don’t have a shot. So why just toss your vote to them? Because you like them?   Write them a fan letter. Follow them on Facebook, but don’t vote for them.  Please.

I got a few DM’s this morning from people in California who voted early.  They said I voted for Mayor Pete; I threw it away.

I loved Mayor Pete. I was going to work for him if he got the nomination.  But something told me this country was just not ready for him and he needed a few more years of seasoning before he was ready to run the country.

But he is truly a great man and a great patriot. Evidenced by the fact he pulled out last night when he realized his staying in the race would hurt the party; Would affect the country; Would take votes away from Joe Biden.

He did the hard thing but the right thing. And I think he will be repaid in spades.

So, yeah, when you vote early and something happens like Mayor Pete  withdraws thirty-six hours before Super Tuesday and you happened to vote for him last Tuesday, to avoid the lines……you made a huge mistake.

If I keep lecturing I will sound like Elizabeth Warren.

So, I will leave it at, if you did, you did it and there is nothing you can do about it.

Hopefully, you learned not to do it in 2024 for the primary.

We are all at the end of our ropes. Unless you actually think the last four years have been thrilling and good for the country.  Then I guess you do not suffer from Trump fatigue.  But most people I speak to are at the end of their ropes. They are nervous. They are depressed.  And they are now landlocked since we can’t travel anywhere thanks to Trump not moving on the virus when he first heard about it two months ago.

As I am writing this Amy Klobuchar dropped out of the race and is endorsing Biden. Good for you Amy.

OK, any of you who voted early for Amy – vote tossed.

The other thing I want to say is – and you may not agree, but a vote for Bernie is a vote for Trump in November.

And don’t stay away from the polls because of the virus. Take Purell and wash your hands.