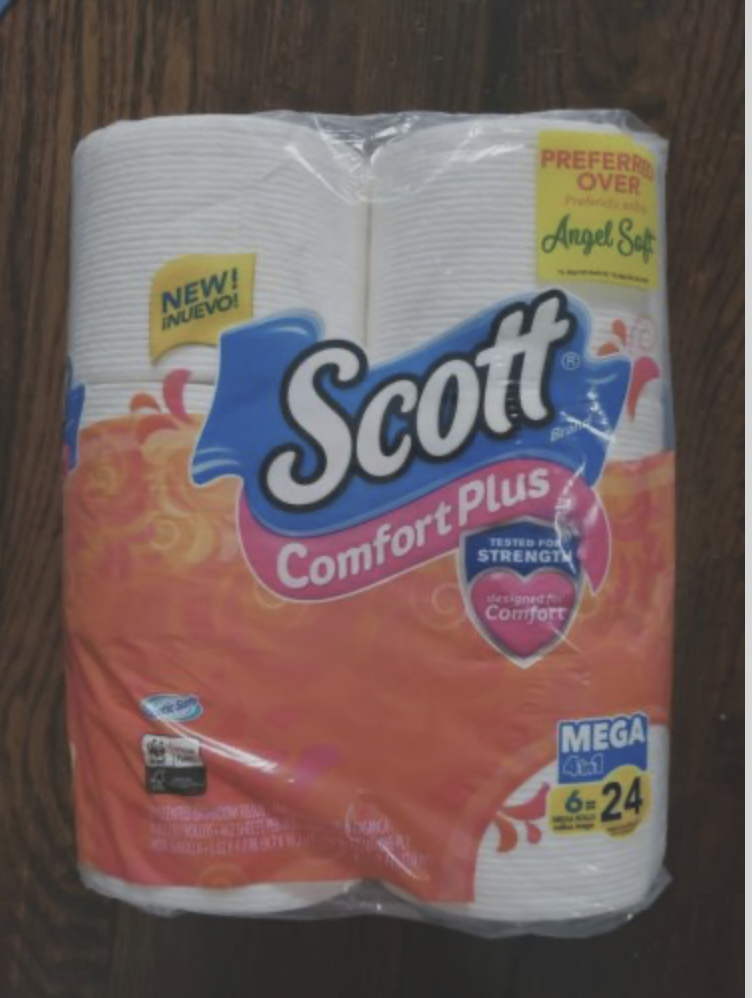 I am not a hoarder.  And from the beginning of this whole Corona Nightmare I have shopped and behaved in what I think is a fairly civilized manner.

OK, this morning, I did yell, “Get away from each other you are not socially distancing” at the scrum of construction workers we have not been able to get removed from working in our building.

One of them yelled back “Fuck you.”  I yelled back,“Fuck you, you are going to make us all sick.”   A guy with a giant steel beam told the guy who said fuck you to me to go fuck himself,  and Wally got so upset by all the chaos he pulled me back to the door.

You know I’m losing it when Wally is the more rational of the two of us.

And then there was yesterday when the elevator opened on our floor and standing there was a man I know in the building.  He was dressed like he was going off to meet Logan Roy, not in the sweats and bed hair of the social distancer.

And to make matters worse he was sneezing. He said, “you might not want to get in.  I have a cold.” With which he closed the elevator door.

I then had to make a big choice; I could get in the elevator he had just sneezed in once he sent it back up. I could go use the service elevator that has been colonized by the refusing to socially distance construction workers or Wally and I could go down the stairs.

This would not be a bad choice if Wally liked going downstairs. He doesn’t. But I dragged him down three flights and carried him down the rest.

After that little outing, I refused to leave the apartment for the rest of the day.

So I have been buckling to certain stresses. But I have not over-shopped.  In fact, I find anyone who has not only a bit wacky but rather selfish.

It’s not fair to hoard.  It’s nice and you are very lucky if you can afford to fill endless freezers with food, but most people cannot. Most people are out of work. Most people cannot afford the minimum purchases for delivery, so to take the entitled position of I am going to buy everything in the store, just because I can- I find just hideous.

Thus, I have only bought what we needed. OK, I overbuy Oat Milk. But I always overbuy Oat Milk, even when there is not a global pandemic. I have a deep fear of running out of Oat Milk. Oat Milk, Coffee, Tequila and Wee Wee Pads – my pandemic survival kit.

The whole toilet papergate I found to be a bit insane. I didn’t understand it. To begin with, unless you suffer from IBS or Chron’s disease why the need for so much toilet paper?

And honestly, I did not find the endless jokes and memes funny. I trashed them as soon as anyone sent one my way.

Potty humor has never been my thing. I don’t laugh at it. And I don’t write it.

For some reason Lucy became very concerned about toilet paper. Every day she asked me if we had enough. The global toilet paper fear had seeped into her set of concerns and she was worried I was not being toiletpaperly responsible.

I assured her I had bought plenty.  Had she ever gone without? I would not let her down.

So I immediately went to my open order on Fresh Direct that I do once a week and is scheduled to be delivered tomorrow, and I clicked on toilet paper.  NONE.  Not a roll. This whole thing was for real.

I then went on Instacart another service that pulls from many stores, I typed in toilet paper, None.

Toiletpapergate was for real and we were about to be without it.

When I frantically typed Toilet Paper into Google,  all that came up was eBay. And within seconds I found myself in a bidding war over a four-roll pack of Scott Comfort Plus.

I upped it to $48.00. Someone raised their cyber bidding paddle to $49.00. The seconds were ticking by. I bid $50.00. Fifty dollars. There were 10 seconds left and the heartless person who clearly went and stocked up on toilet papers only to make a killing on eBay suggested I up my bid to secure the four-pack. OK, $51.00. Going once. Going twice. Going to me, shmuck of the century.  I bought four rolls of toilet paper for $51.00. And then the asshole charged me $11.00 to send it.

Because this was eBay there is no one to complain to. If it were Amazon, I would have had some recourse.

I underestimate people’s greed, their uncaring and their inability to clearly not punish others in crisis.

Lucy entered,  I was in a state of shock at what had just transpired. She uttered an I told you so. And she was justified. I tried to explain to her that I really thought we had more.  She then suggested I try CVS online.

I put one in my cart. ONE. I did not take six or four or even two. I do not want to be a pandemic pig.  I then took a cyber stroll around CVS.  We needed big band-aids. Lucy wanted some NyQuil in case she gets sick. I didn’t have enough Kleenex.  I dropped three boxes in my cart.

Then I went to checkout and you know what?  While I was picking up my few extra items, some dick took my Charmin. Just grabbed it out of my cyber basket and then there was none left.  NONE

What is wrong with people? And what is wrong with the stores that they allow others to just pluck items out of your cart? They don’t even bother to give you one of those clocks that say you have six minutes to make up your mind the way they do with TicketMaster.

But the truth is here in New York people are dying by the score. The only sound I hear outside my window, (with the exception of the construction workers) is an endless parade of ambulance sirens.

I’m terrified to go outside. People are being responsible but not enough. And not in the building where I live.

And others are taking advantage of this tragic situation.

It’s deplorable really. But we are all just trying to survive a day at a time. To stay inside and not get sick or get others sick.

We should only buy what we need and leave things for others who also have needs.
Because while it’s not how I want to spend my money, especially now that no one can work, I do have the $62.00 for the toilet paper. But most don’t.

I hope whoever nabbed my other four rolls from my CVS cart needs them and that the $6.99 for toilet paper will not mean they can’t afford a meal.

Tough times. We are all suffering.  Let’s not be assholes to each other. Please.  Leave things on the shelves and if you can, donate to those who are in real need. 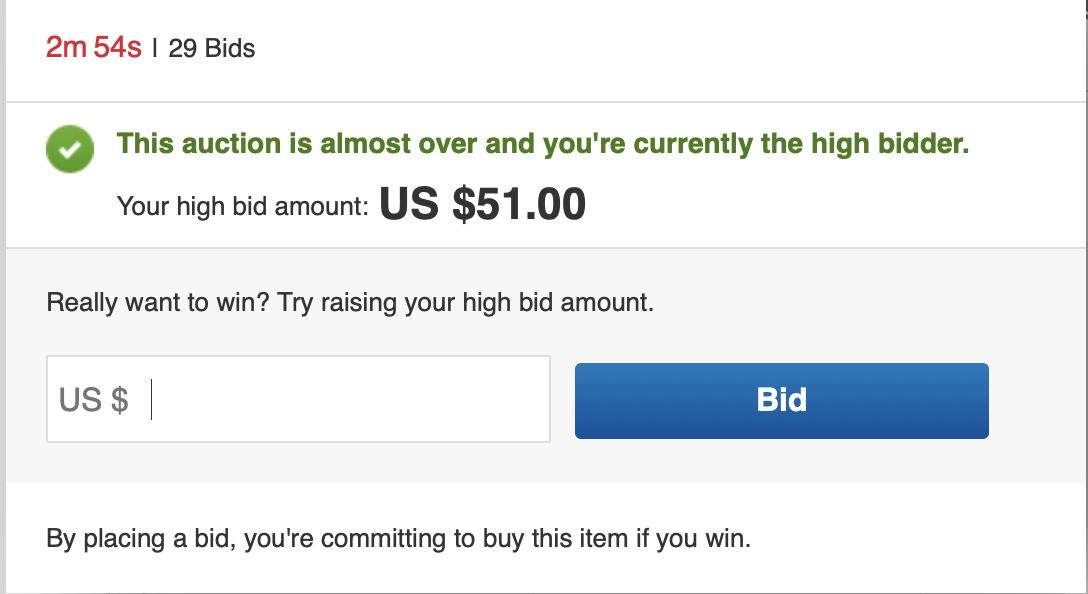 This was another toilet paper auction but as you see it had six days to go. I didn’t have the luxury of six days.