I’m blogging on the run here.  I just woke up in Tel Aviv. Nothing makes me happier than waking up in a new city I’ve never seen.  OK, well some things make me happier, but not many.

On top of which – we have not been out of the country for well over a year. Our two trips last year were both canceled at the 11th hour.  India was due to pollution and Columbia due to various issues out of our control.

So, I was thrilled to arrive here last night.

One of the easiest flights ever.  We left at midnight;  Went right to sleep and woke up two hours before landing.

We are staying Jaffa the oldest part of what is now a very modern city.  This still feels old, just the way I like it. It is primarily the Arab quarter.

Our hotel is in the center of everything and used to be a jail and then a police station.

Alex, who checked us in is French. Like many French, he has moved here to escape the anti-Semitism there.  After the rash of attacks in New York last week I wonder how many Americans will do the same.

I asked him if we should eat in the hotel and he said “Why would you? You’re in Isreal, get some flavor of the neighborhood.  Go across the street and down the alley and turn right and you will find Ramesses.  Mediterranean tapas.”

So we quickly changed and headed out.  Lucy and Glenn thought I had gotten them lost. I knew exactly where I was.  Well, I didn’t. But I figured it out.

It was an exceptional dinner in an alleyway, with locals drinking wine and soaking up hummus with bread and munching on kebabs. It was so good in fact at five in the morning when Glenn woke up and figured out I too was awake, though I thought I was being quiet. I never want him to know I’m awake as he starts jabbering.

He wanted to go over our dinner dish by dish. He started with the grilled octopus.   At that moment the call to prayers echoed through our room.  I do love that sound.

I told him to go back to sleep and after coffee, we go over the meal dish by dish and I had photos of each one. That made him happy and I got in an extra two hours sleep.

I never ever watch a movie on an airplane.  I either read, work, sleep or stare at the map. The El Al map was awesome. This is a tiny part of it.

Lucy teaches me slang so I don’t sound like an old lady. Though I might sound weirder at my age using urban terms. But who cares. SLAPS is my new favorite word. It means excellent, awesome. Great.

As in the coffee on El Al slaps. I woke up to this cappuccino. 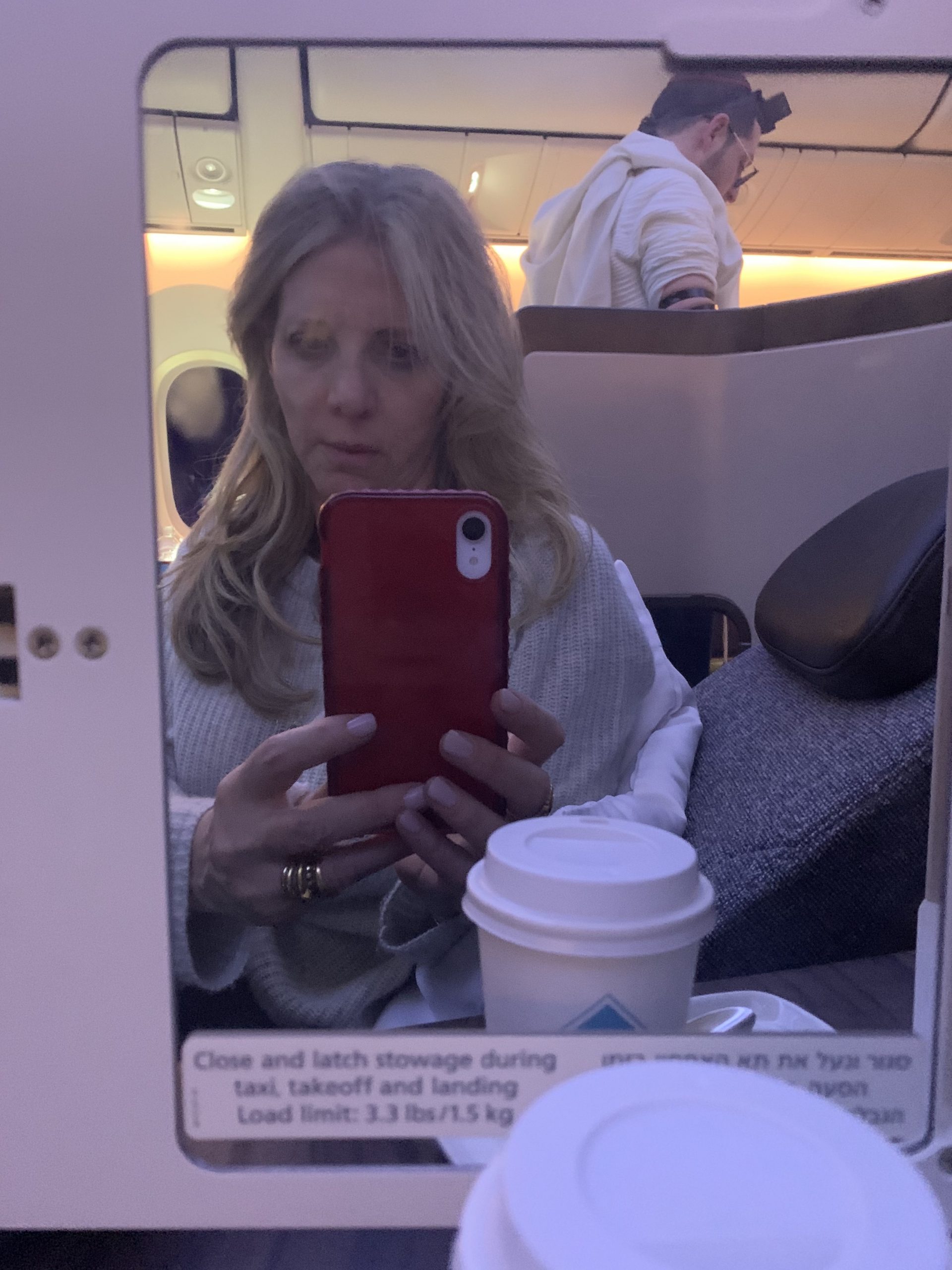 I will tell you something else that slaps, El Al is the first airline I’ve been on that has a mirror for you.  If you’ve ever woken up and tried to put on makeup or get yourself together for landing, you will know why this totally slaps. 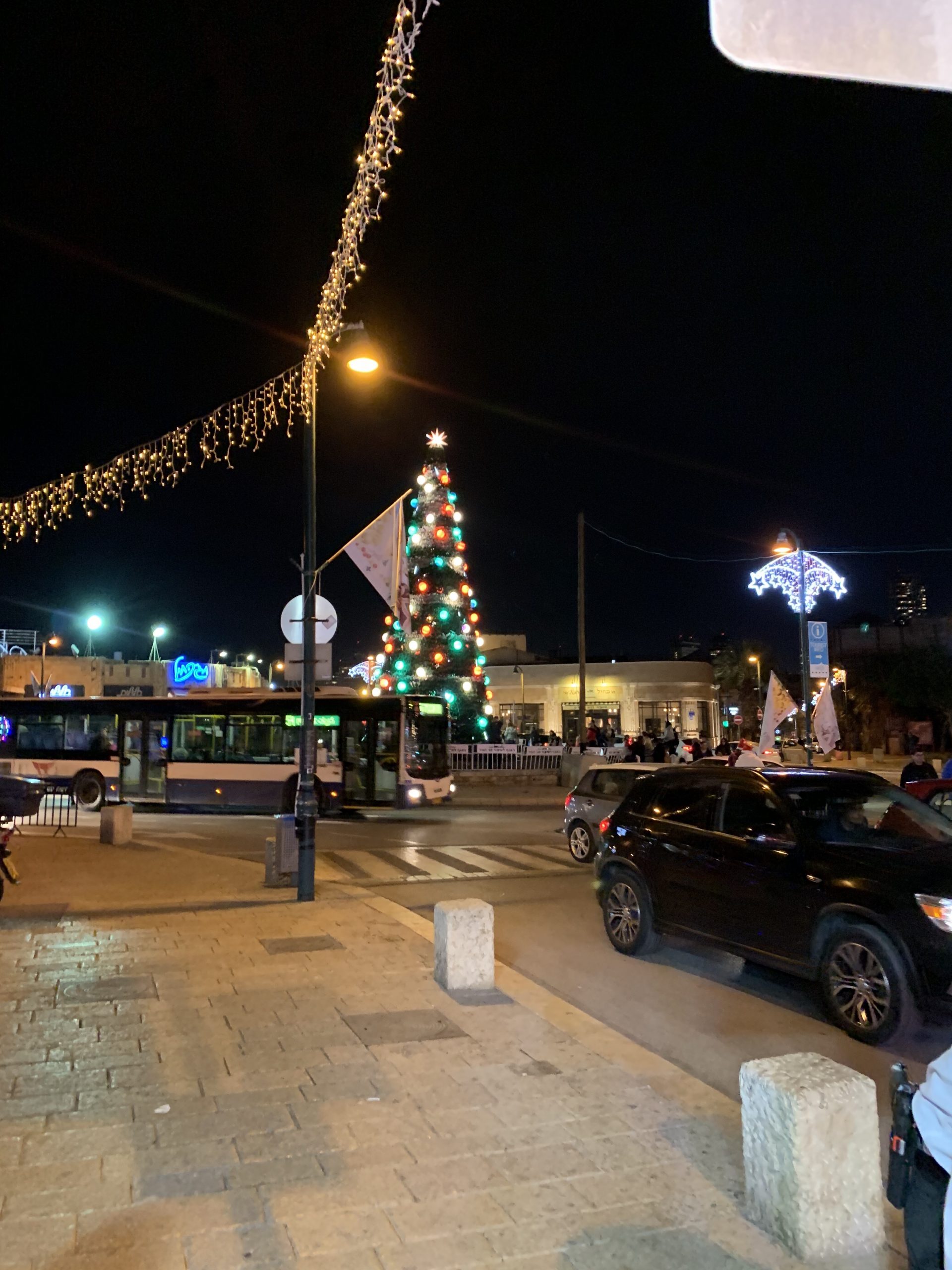 This was the first thing we saw when we got out of the car.  Secular to say the least. 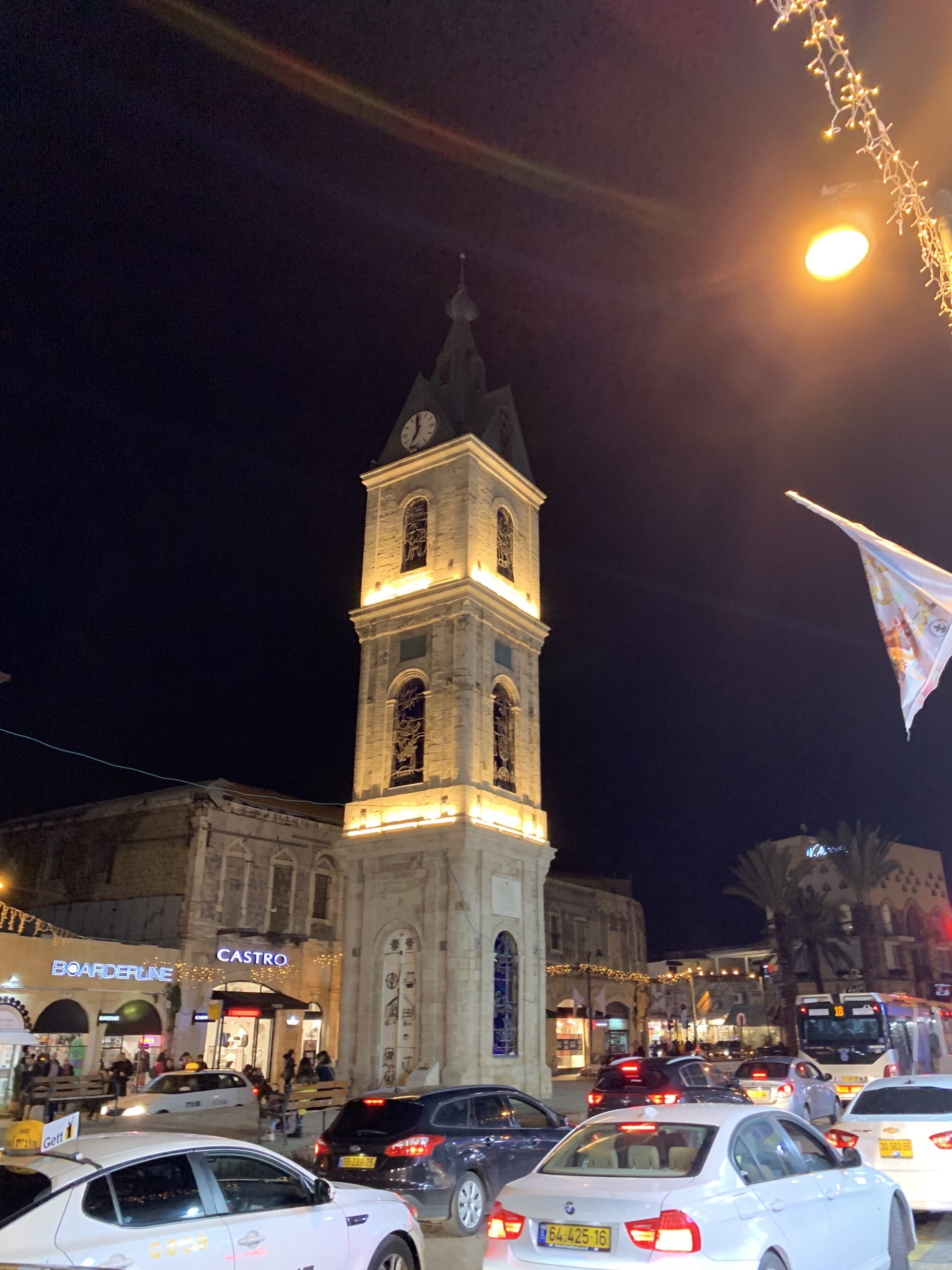 Across from the Christmas tree in front of our hotel is the Watchtower which is considered the iconic image of Jaffa. 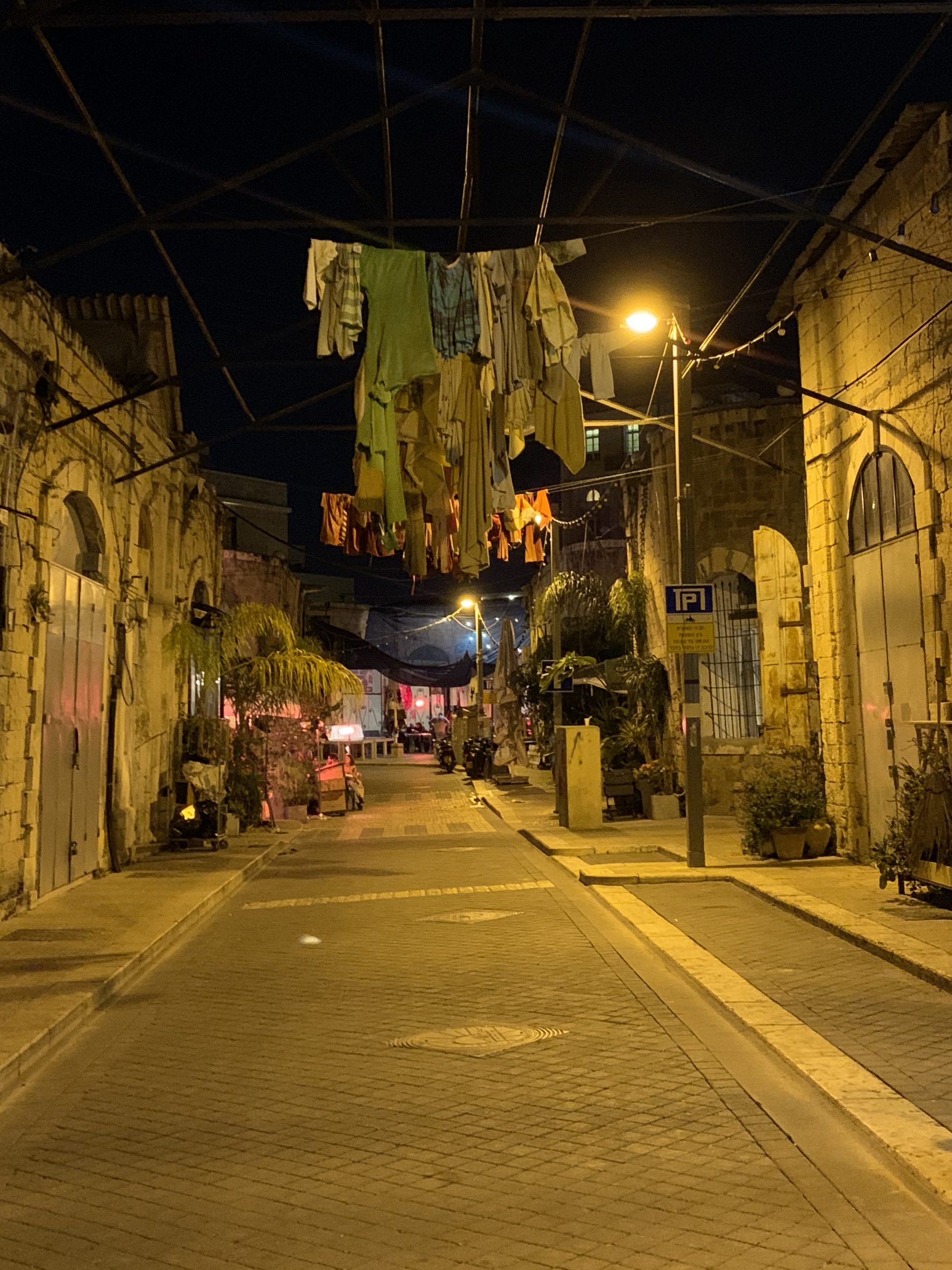 The back alley where we found the restaurant. 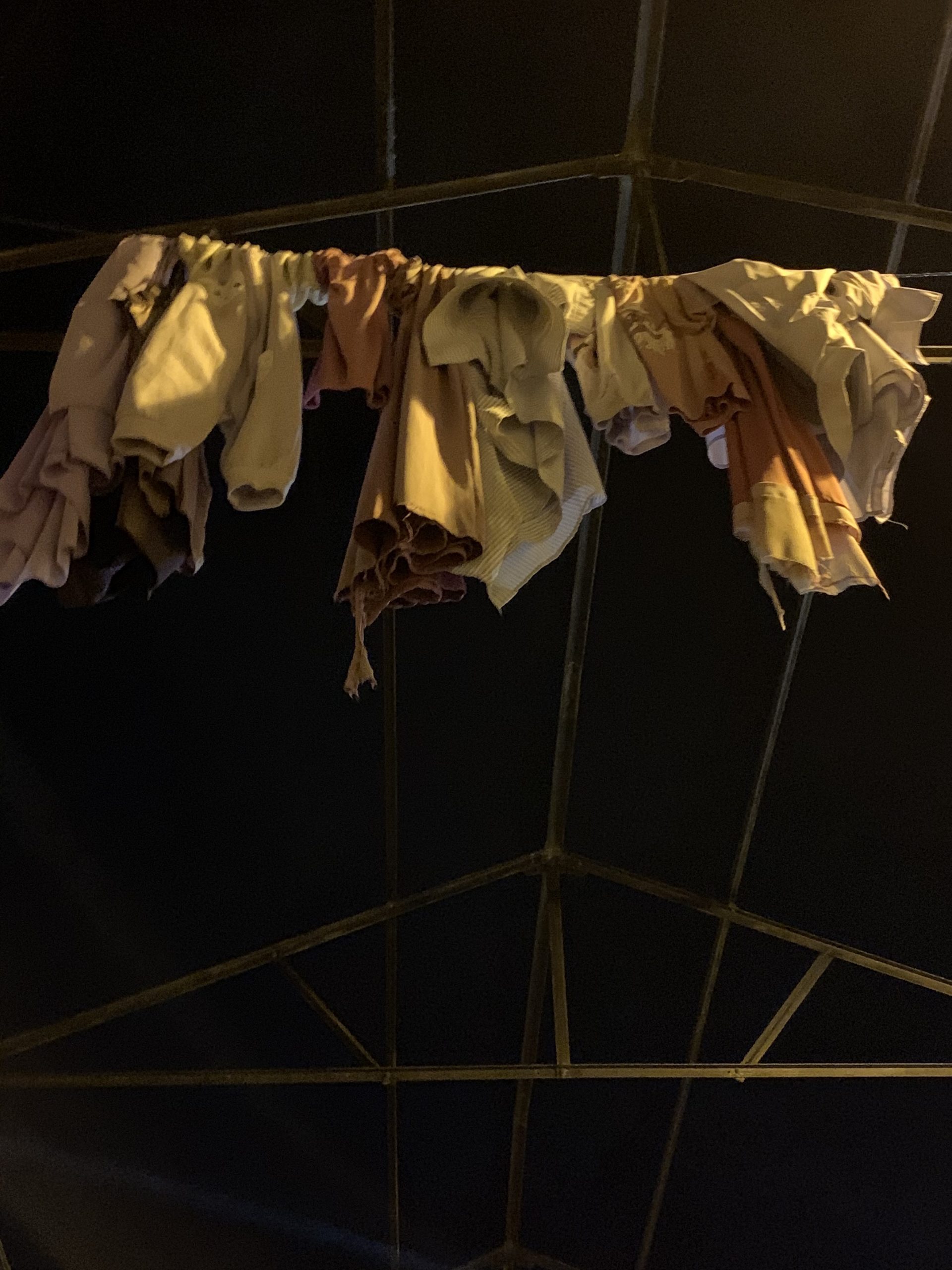 I just love laundry. I can’t help it. 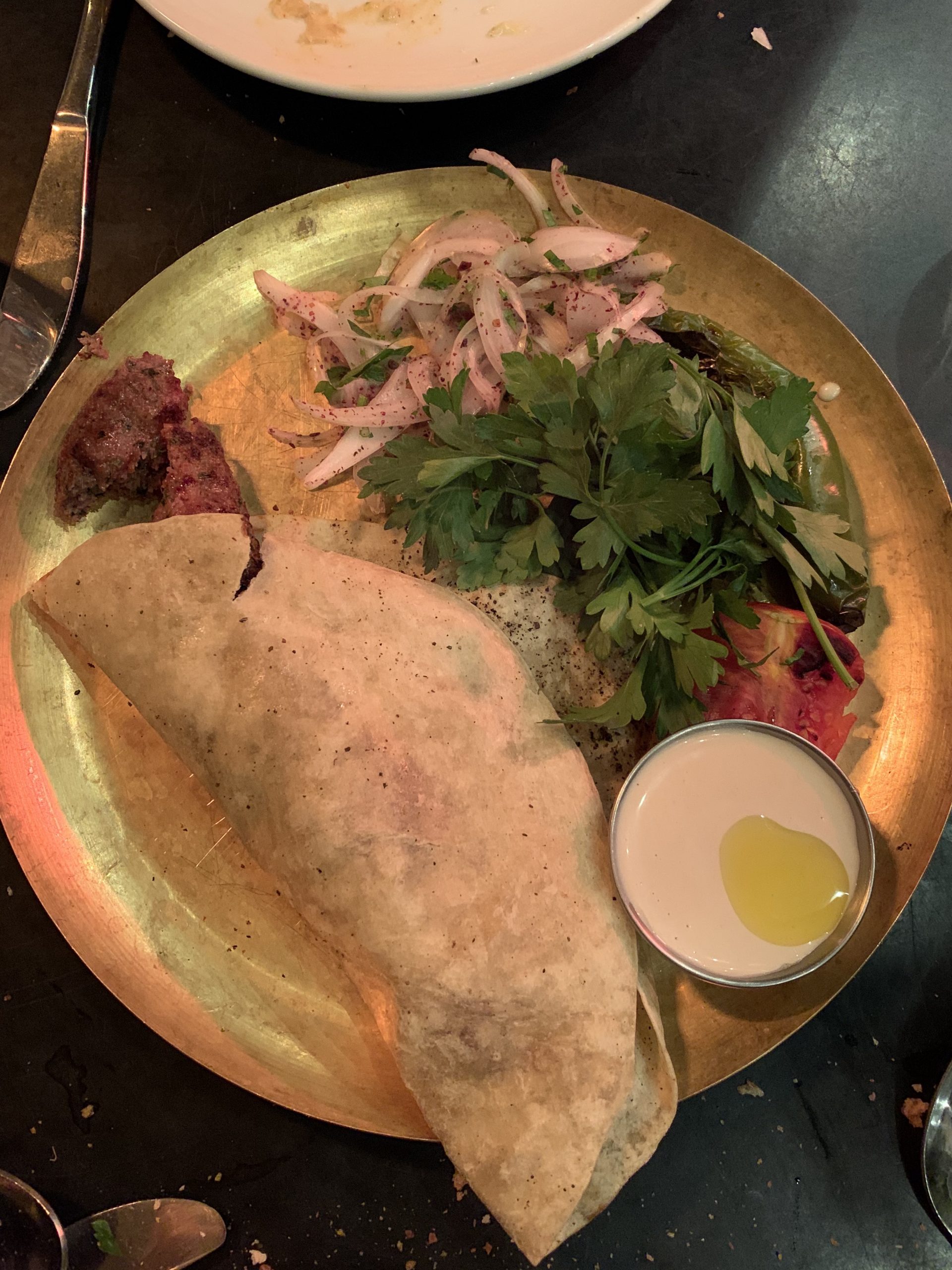 The Turkish kebab Glenn wanted to discuss at five am. 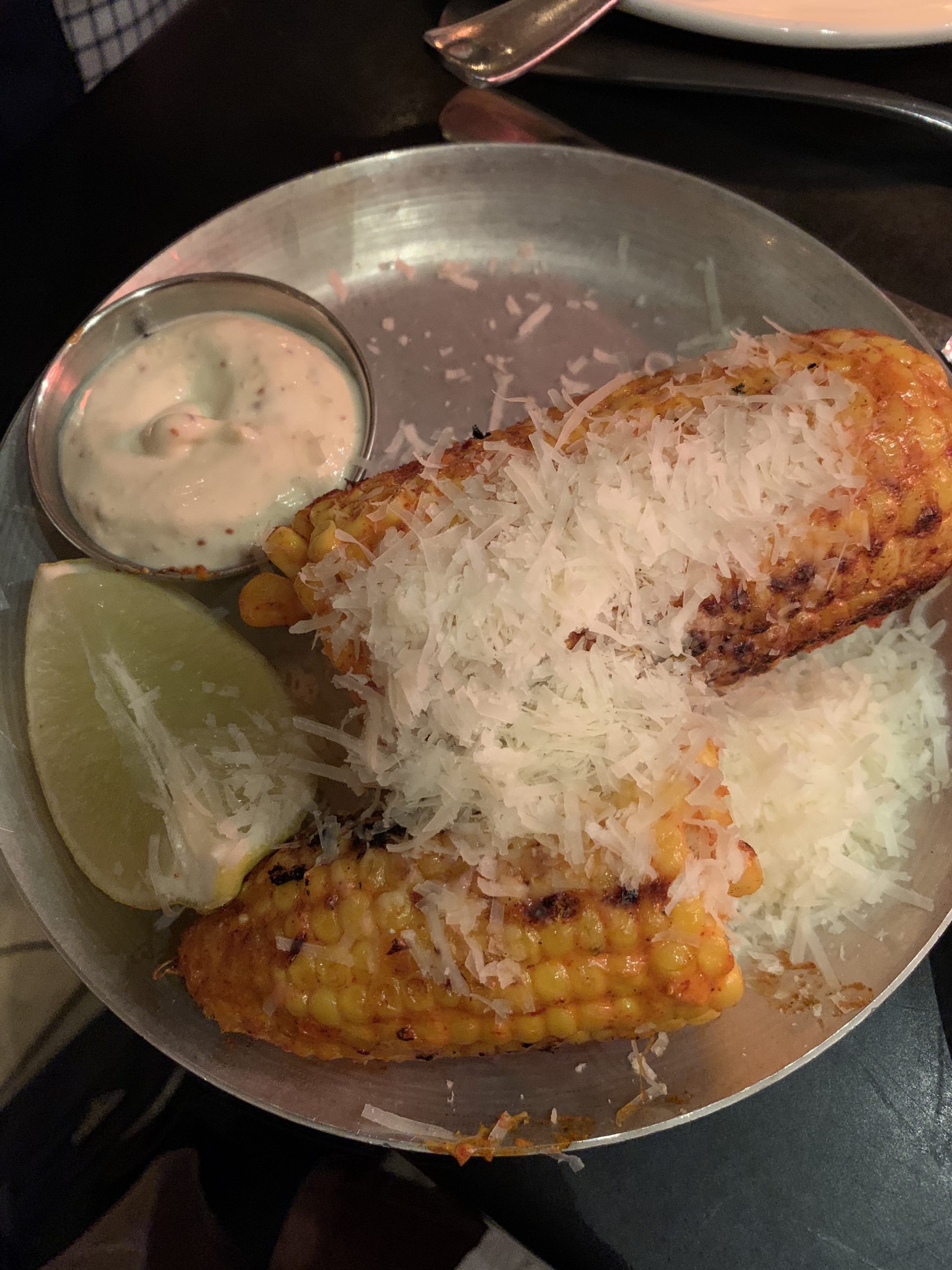 I kind of loved the corn. 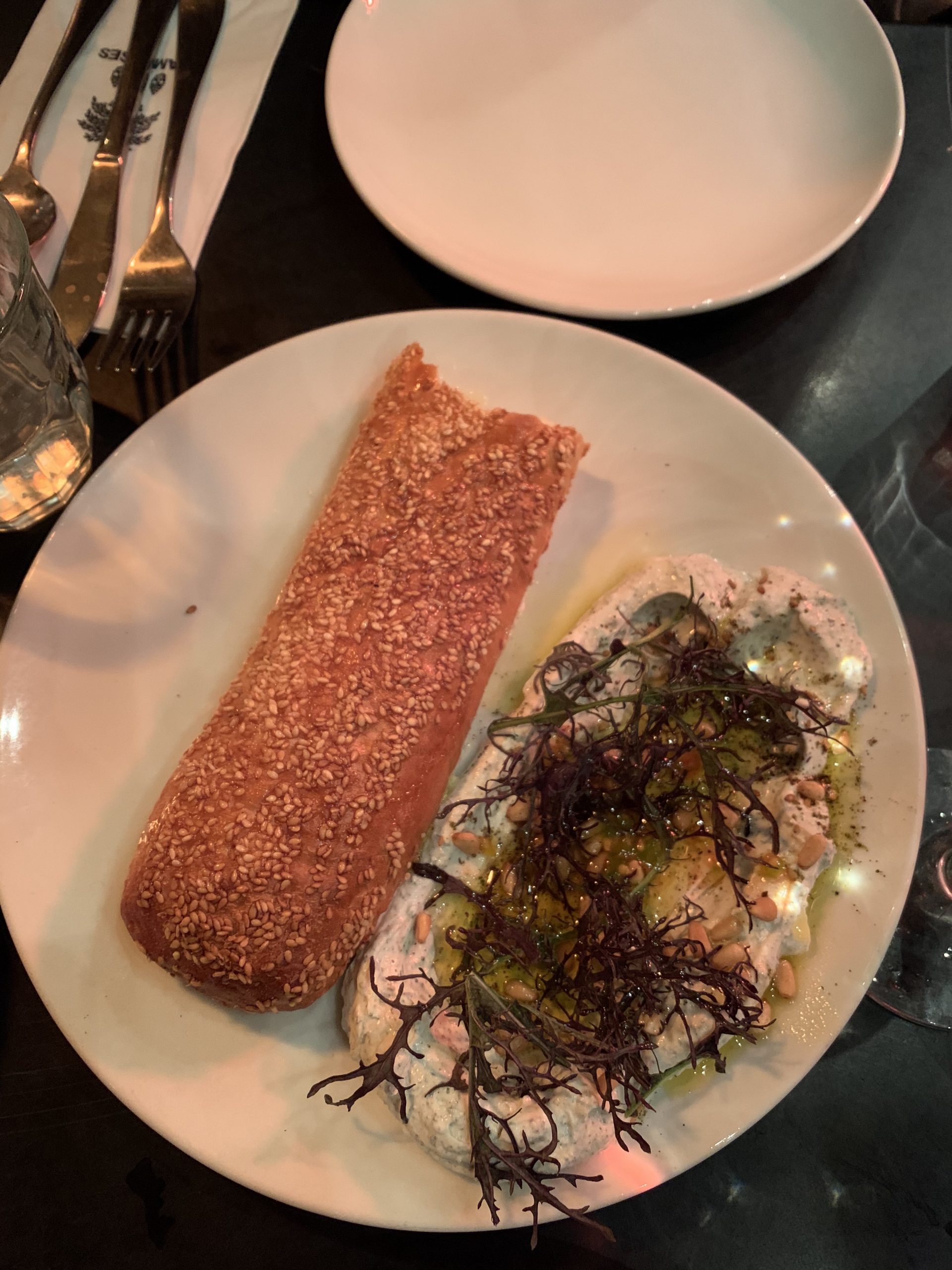 The labneh with Jerusalem bread slapped. 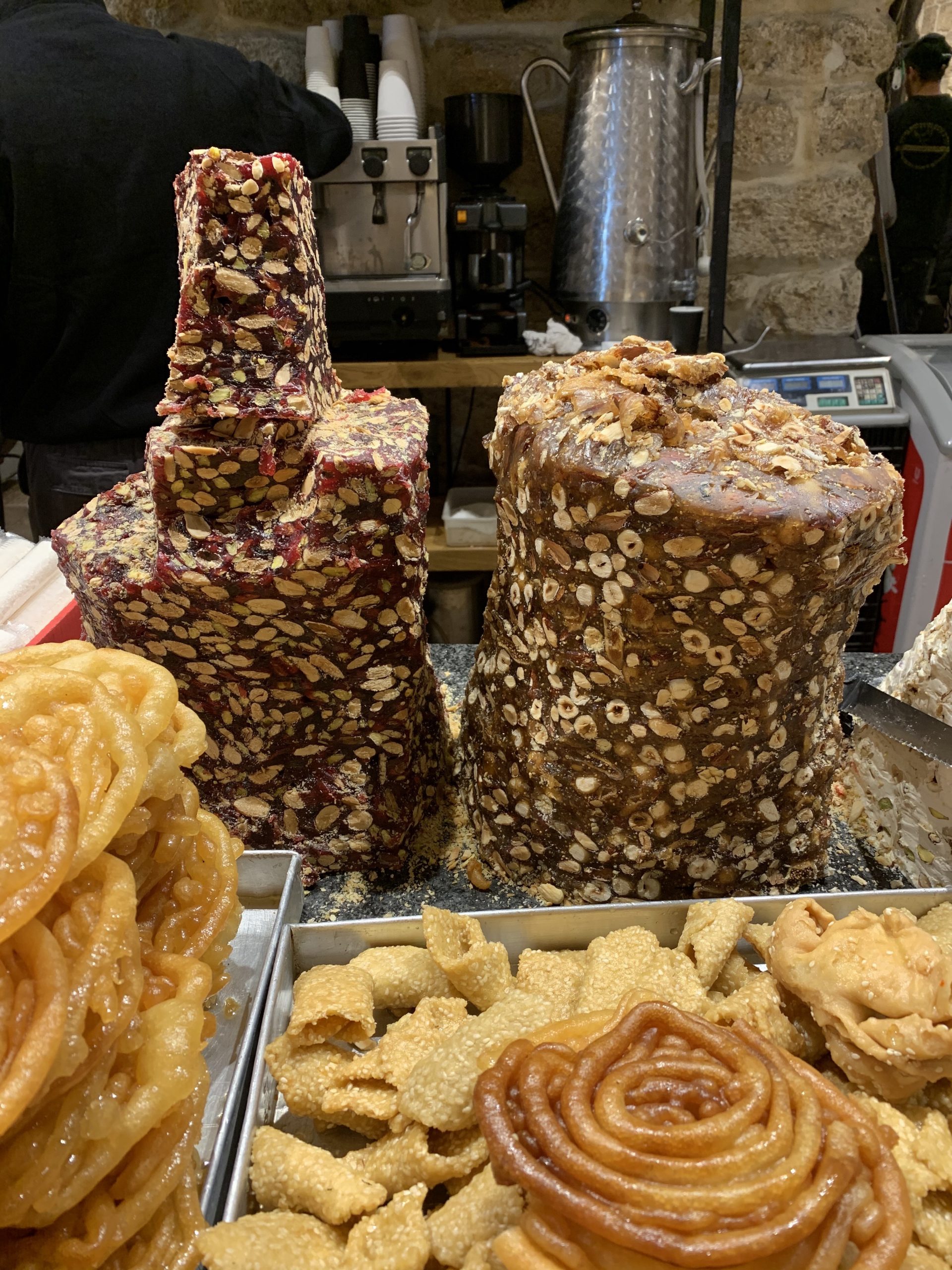 After dinner, we stook a mini stroll right to the sweet shop. 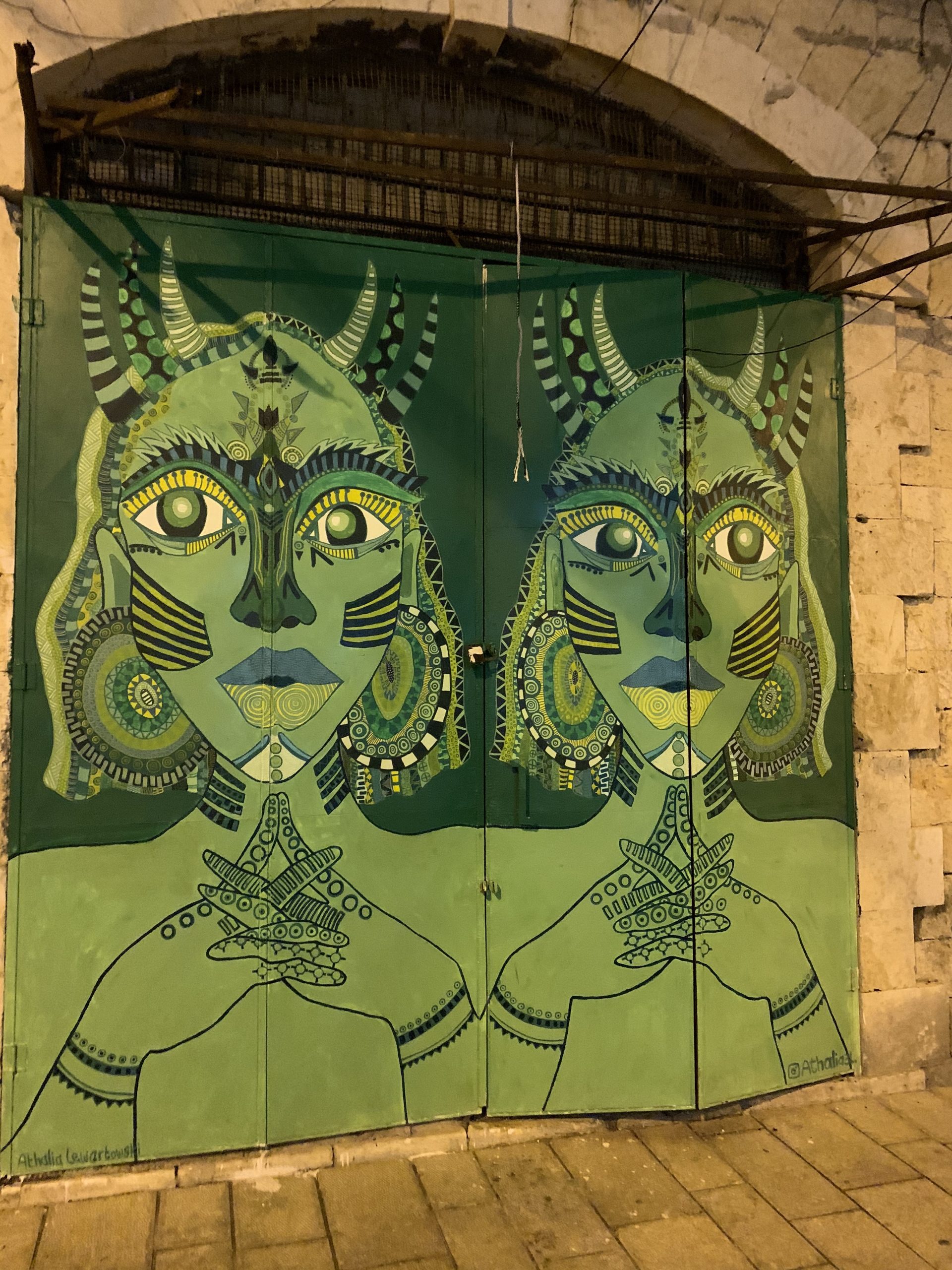 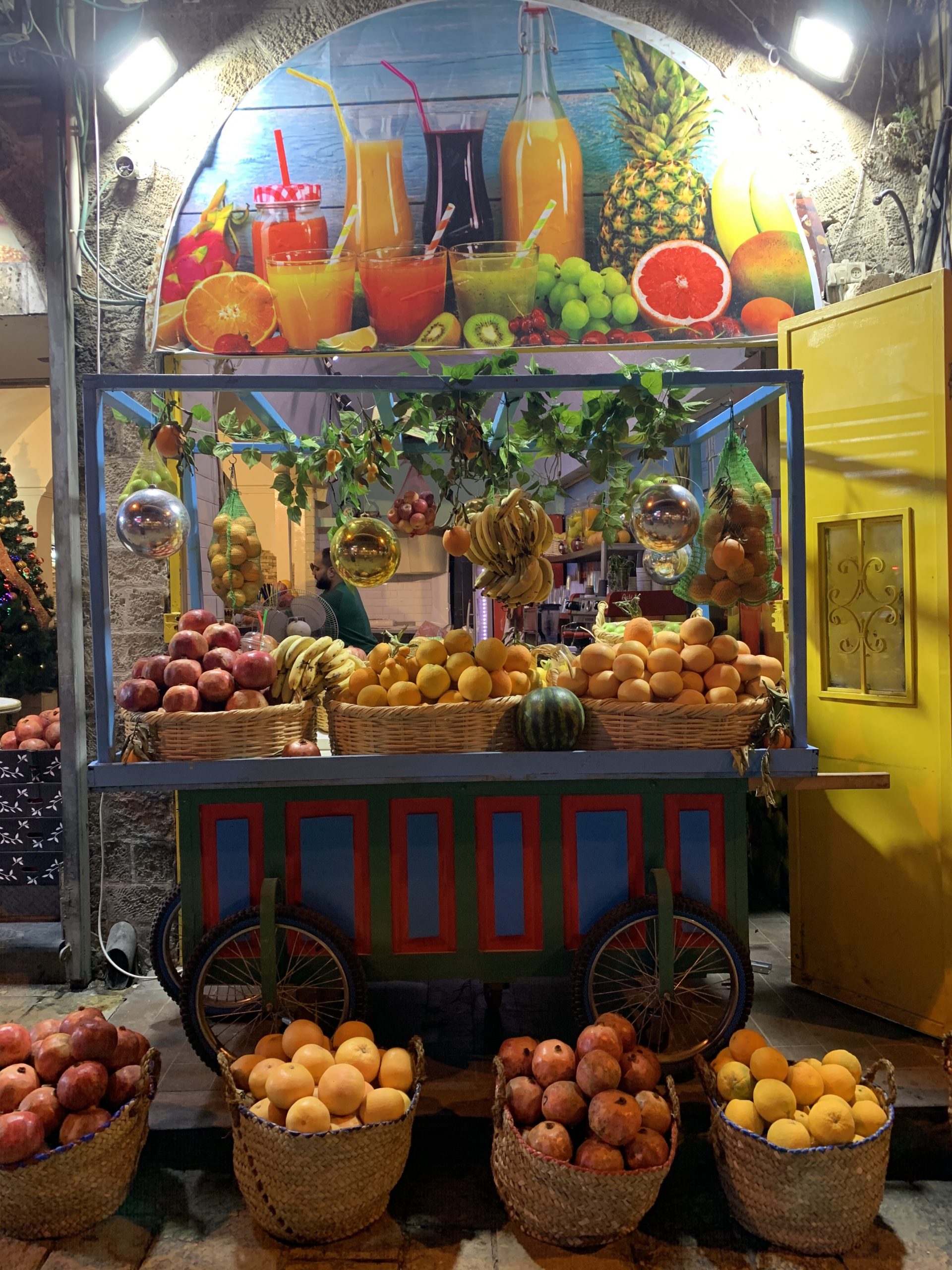 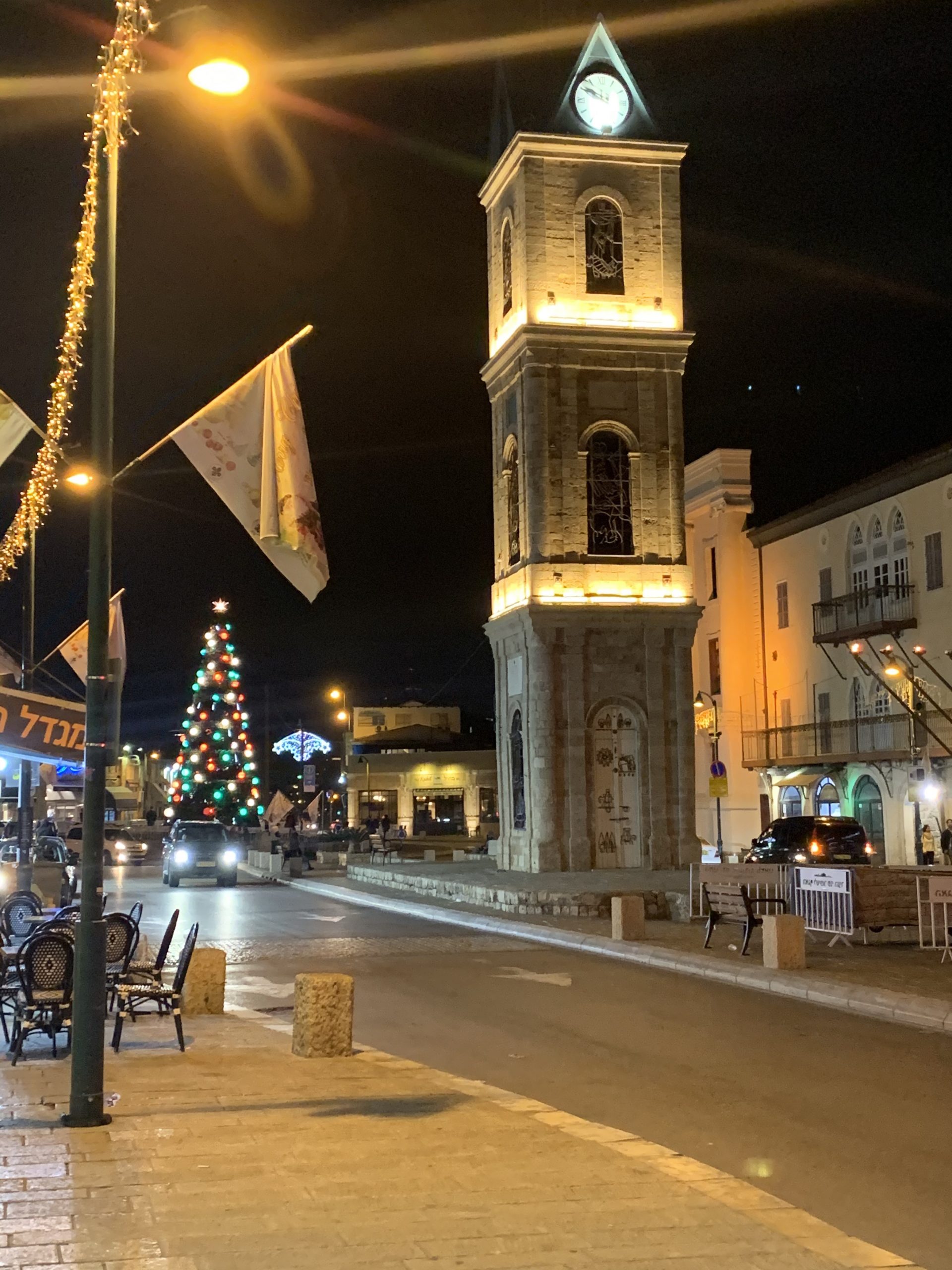 Last image before bed, the Watchtower and the Christmas tree.

I’m adding this image of sweets as the blog site told me I had to add one more image and I don’t have time to figure out why.  Maybe it wanted a confessional. I bought some of these. 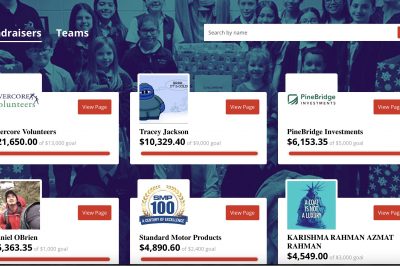 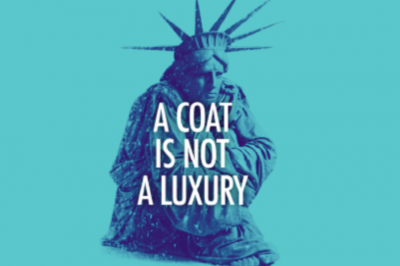