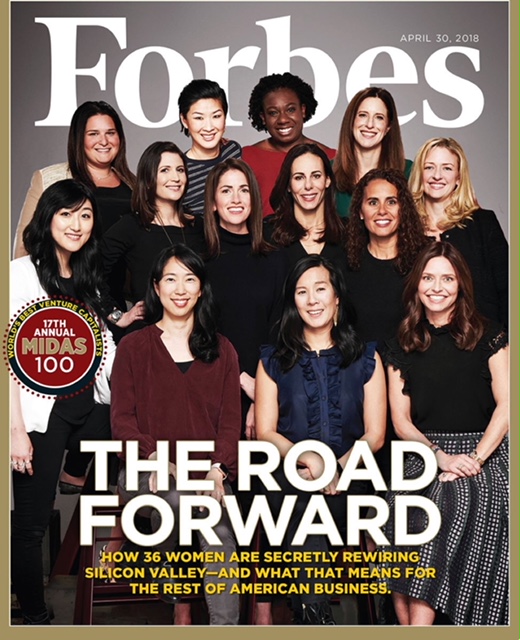 What is wrong with this picture?  Nothing in the absolute.  It’s a typical Forbes cover article that yet again features the Young and the Gifted.  What’s good about this is they are all women. One for the team.  They are quasi-diverse, seven white, five Asian and one African American woman.  I would say it’s working towards diversity.

It’s heavy on white and super heavy on young. In fact, all articles and lists about achievement, power, potential, prospects, and accolades go to those under forty.

Earlier this week there was  a Tweet that did my heart proud, it was from @austinchanning 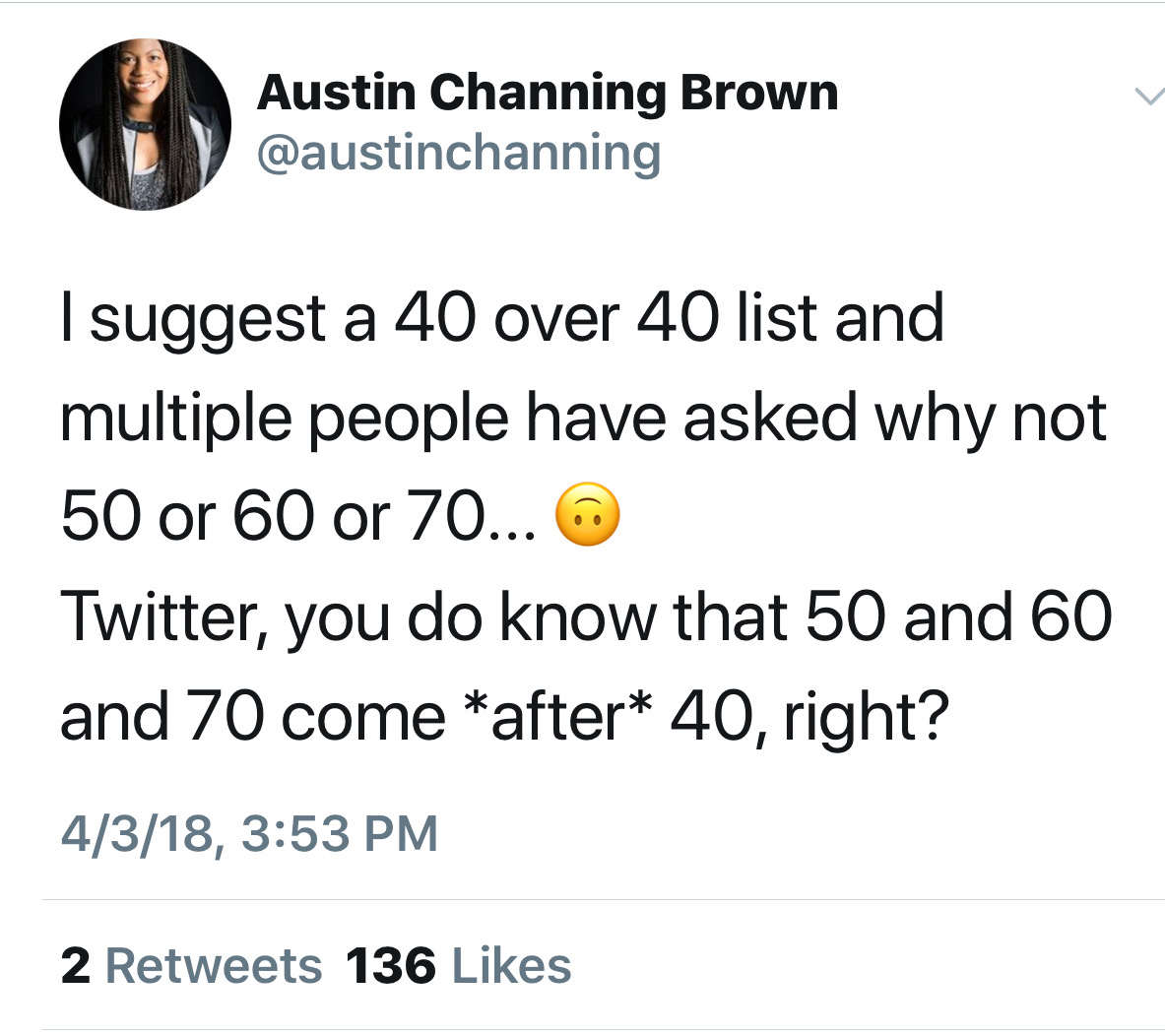 But there are no such lists because as far as the world is concerned we just don’t count. Our accomplishments don’t register, our reinventions go unnoticed, the world would love us to crawl off and curl up in a grey ball in some corner of Florida or Arizona.

And while it might be an old story or an older person’s story, it is not a real story. It’s not a fair story and it’s not an accurate depiction of who does what in this country.

I am soon to be sixty.  I did some of my best work in the last decade. True to the financial tables, I was at my peak earning in my forties but that is true for most women. But in terms of sheer accomplishment and moving from one spot to another, in terms of my impact on people in one way or another, my 50’s have been far more productive and meaningful. And I’m not alone in that.

And when you consider that actuarially I could likely have another thirty years, you cannot erase me or my tribe of female boomers from the landscape.  You can try and do it, but this generation, my generation is going to rebel. We need to be louder we need to be stronger, we need to not allow society to send us to the old person’s table to be quiet and invisible.

Today I  worked out, used a meditation app, booked a trip, I bought groceries, dog items, invested money, went out and bought an iced coffee, met my kid for lunch, worked, made plans for a party, made a dinner reservation, bought jeans. I worked. I did the same things Millenials did. And I likely spent more money doing it. Yet, aside from medication,  ads are never targeted to my demographic  And I am not going to stop doing any of this because I am getting older.

At some point  I am going to have grandchildren do you have any idea how many children’s clothes I will be buying in the decades to come?

I will also continue to work. Even if no one wants me to work I will work.  And so will many of my contemporaries.

So, we must stand together and we must support each other.  We are not down for the count – we do count and we need to let the world know it whether they make lists about us or not.