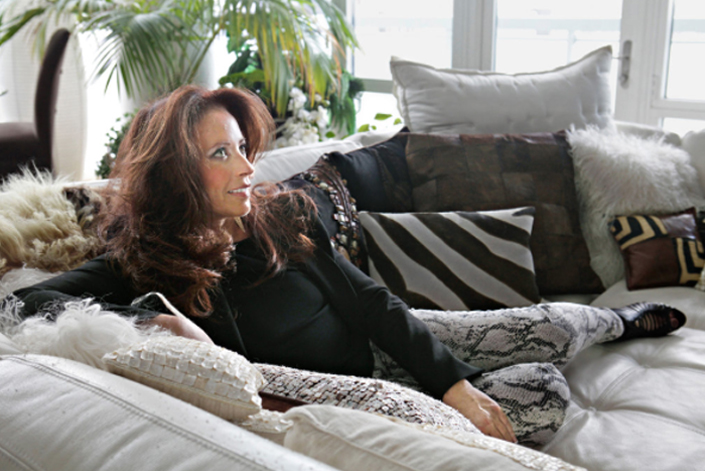 Diane Gilman “The Queen of Jeans” and a Whole Lot More

Diane Gilman is a true force of nature. She is known as the Queen of Jeans and after reading this interview you will see why.  I was so thrilled to get this interview as Diane embodies everything I am searching for on this site.

She has made a monumental success between the ages of fifty-two and seventy-two. She is a spokesperson and role model for her generation. She is positive, upbeat and she lives by the rule every day is a gift even in the face of adversity.  Diane is the Queen of a lot more than jeans.

I entered UCLA in the Spring of 1964  after spending the Fall and Winter of 1963 living in swinging London, which was the center of the youth fueled Fashion Universe!

My boyfriend at UCLA was a record agent, he took me, to Janis Joplin’s first audition (at the Whiskey a GoGo on the Sunset Strip), so Janis was my introduction to designing denim for some of the Rock n Roll greats.  Cher, Jim Morrison, Jefferson Airplane, Jimi Hendrix, Deep Purple, Sly and the Family Stone and Rod Stewart.

I opened up my shop, “I’m a Hog for You, Baby” on Fairfax Avenue in 1968.  One day Cher walked in and literally bought everything in the store.  We had to close down for days and sew like maniacs to restock as we handmade every dress. Each one cost ten dollars.

At 50 my life was a frustrating WRECK.   I lost my life mate to cancer at the age of forty-seven. I had been the single caregiver for years. I was emotionally burnt out.  My business had been neglected for those years and needed to be rebuilt.

Menopause hit me hard. I had gained a lot of weight. And I was just finishing a devastating professional lawsuit that stripped me of using my name on a label for years.  So, my only alternative was tele-retailing.  Which wasn’t considered fabulous in my industry.  There was seemingly no way out.

Of course giving up, being a chubby, aging failure occurred to me a million times. But financially, if I gave up, I’d be living on a sidewalk of New York, broke, unhappy and chubby, using a Birkin Bag to beg for five dollar bills.  And to give up all my dreams just seemed like the absolute worst option.  So, yes, I constantly fought those negative thoughts, but, realistically…

I recognized this was what I call a Life-Wall.  It appears seamless and insurmountable, but there’s always a hidden door and it was up to me to find it.

The first thing I did to turn it all around was to rush to an anti-aging doctor.  I’d aged hard between the change of life and deep grief.  Being in a visual glamour business Tele-Retail/Fashion, my public image was not conducive to success.  As I was getting my image under control, I  took voice lessons from an opera singer at Juilliard to manage a very annoying high pitched voice that grated on TV.  I was setting the stage for success on QVC/HSN.

Right before Jim died QVC came to me.  I’d been a huge design label for washable silks in every department store in America.  They wanted that level of fashion business and when I had to tell them I lost my name they said, “no problem” we can just introduce you as Diane.  I couldn’t even use my last name.  So truly, Tele-Retailing saved my career. 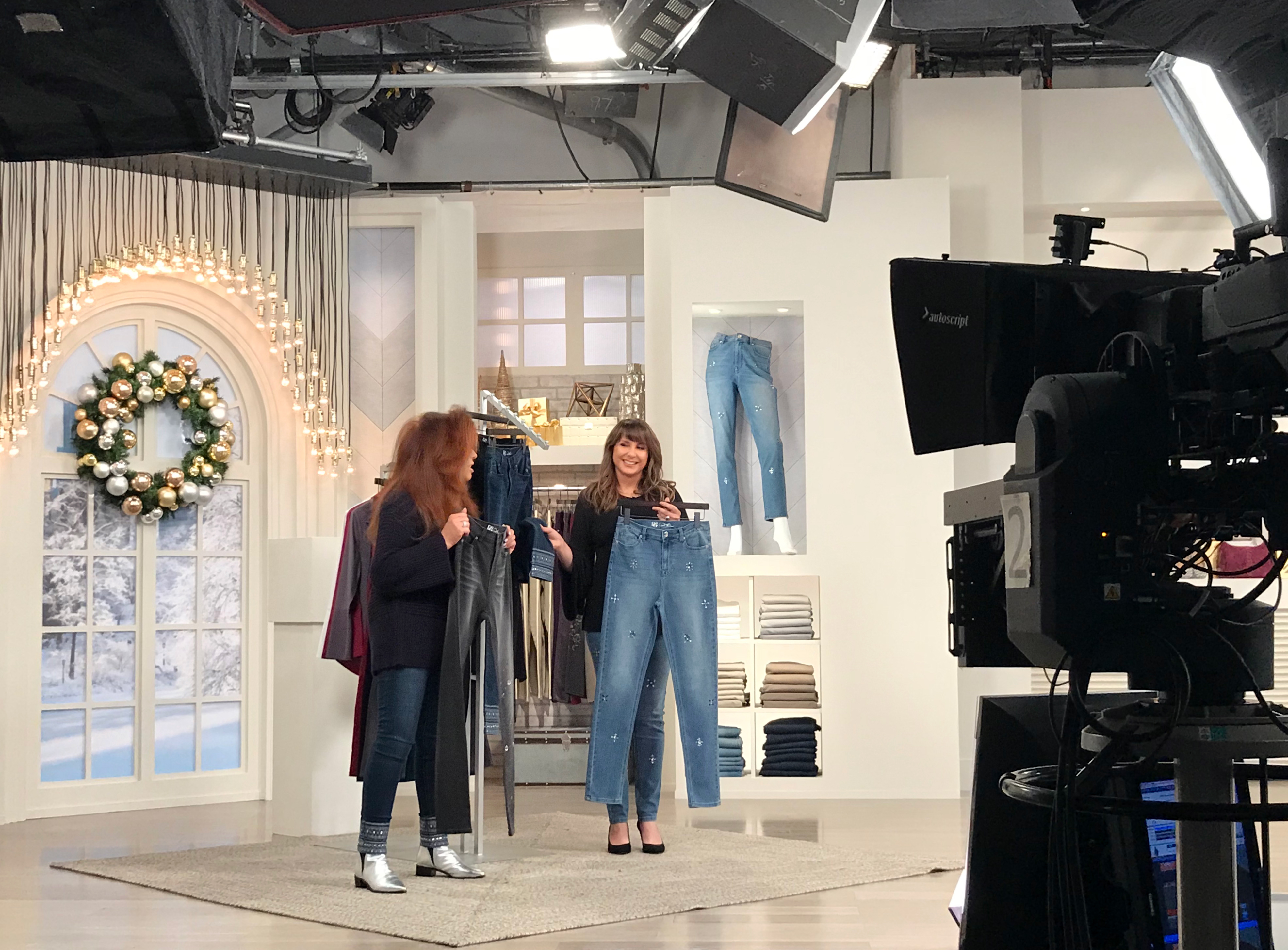 It was certainly against all odds.  I had lost funded backers, but I still had respect and an industry name and the ability to beg fabric and suppliers. I can be very persuavsive‎ when it’s life or death.  So yes, I thought with a lot of luck – I could make it work.

No one was going to bet on me.  I had lost my label for several years, I wasn’t young, in a youth-obsessed fashion business, my ex-partners were powerful industry enemies, but I loved being on TV.  Since I based my entire career on passion, rather than education or logic.  I bet on me and won.

I NEVER imagined I’d get that big within the niche industry of Tele-Retail fashion as I did. And the amazing thing is,  I busted all sales records.  There was no precedent. There had never been this kind of wildly loyal customer response, they just couldn’t get enough.  Nor had anyone achieved the sale’s heights we did.   But that was not so at the beginning of my career.  For years we did washable silks. We had okay sales, steady, but nothing outstanding. It wasn’t until I invented that DG2 Babyboomer, Jean that all HELL broke loose!

It wasn’t so much plus sizes, it was all about creating a form-fitting jean for an imperfect middle-aged body and that included larger sizes.  I was middle-aged and even after I’d lost the weight, I was still middle-aged, imperfect and not fitting into bottoms meant for a 20-year-old.  I was a 55-year-old.   I’ve always believed one of the keys to my design success wasn’t about fashion but it was  “thinking on a mass scale.”  Since I belonged to the largest generation on earth and we are hitting fifty in record numbers, I believed millions of women must be experiencing my same fashion frustrations.  If I could solve some of their elemental self-image issues, I could have a huge business with no competitors.   No one wanted to make jeans for less than perfect aging women.  Well, I did.

Since I had that lightbulb moment and DG2 was born twelve years ago, we’ve sold almost ten million pairs of jeans.  And yes, our all-time sales record was one hundred and fifty thousand pairs of jeans sold in a day!   That’s the day a customer calling in crowned me ‘The Queen of Jeans.”  ‎Our retail presence at HSN  has reached a hundred million dollars I am proud to say.

I’m not ONLY selling jeans.  I’m selling hope and self-love in a pant leg. I take a very personal “I’m right there with you ladies”  emotionally based approach to sales.   Because I have worn nothing else but DG Jeans since I first invented them, I can relate my experiences in a very personal heartfelt way, and this resonates.  Our customer base at HSN is well beyond half a million engaged, loyal customers.

Here’s my mantra for women – Never give in. Never give up.  And it’s NEVER too late to pursue your passion and your dreams! EVERYTHING I ever wanted or wanted to become came to me after the age of sixty.

The greatest lesson I ever learned is to be loved and to love in return.  I loved my product.  I loved my customer (as a sisterhood)  and I am ever amazed at how much love they shower me with in return.

The restart button is believing in your core idea and yourself.  Forget turning to others for their agreement they probably won’t have your vision.  No one believed in my middle-aged jean.  As a matter of fact, I was the recipient of plenty of derision. But I knew in my gut I was right and had an original, far-reaching idea.  Women are held back by image and a sense of worth.  Only today are we starting to value our years beyond fifty.  We have almost no societal imagery for either support or self-respect.

The restart button is passion.  Don’t think bottom line and scare yourself. Do ask, do you have an idea that makes your heart race?  It could be as simple as baking the best chocolate chip cookies in your town.   Or rescuing and rehabilitating abandoned kittens. As long as you truly love it and wish you could make more people happy with your talent or service,  you’ve got the restart button ready to press.

I was recently diagnosed with Breast Cancer,  a very scary moment that morphed into a true gift   Cancer is the great revealer.  I learned who my true friends are. I learned my ” footprint”  was so much bigger than I’d ever dreamed when I got 120,000 Facebook hits in a couple of days after announcing my medical challenge.  And so many prayers and well-wishers,  it was truly beyond my wildest dreams  But also taught me how many hearts I had touched since that diagnosis.  I’ve had so many touching, transcendent moments, experienced such pure, loving acts of kindness and reconnected with so many I loved from the past. Truly, the experience has been invaluable.   ‎Cancer taught me who I am and my purpose in the universe! 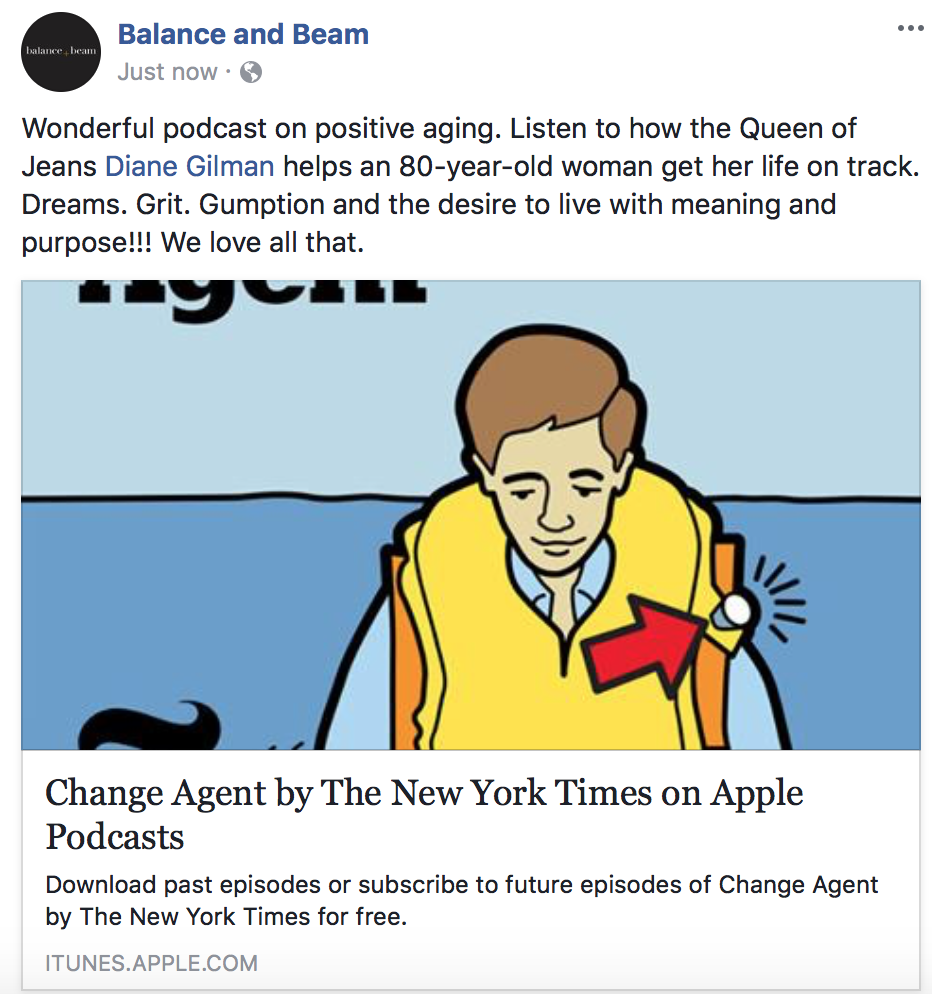 To hear more of Diane’s Story Listen to this terrific podcast on Change Agent. 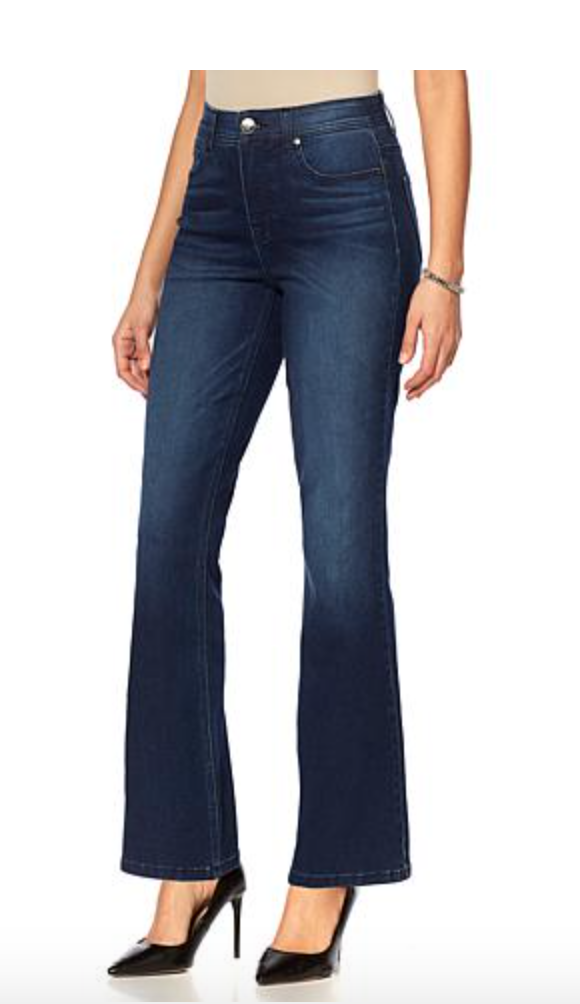 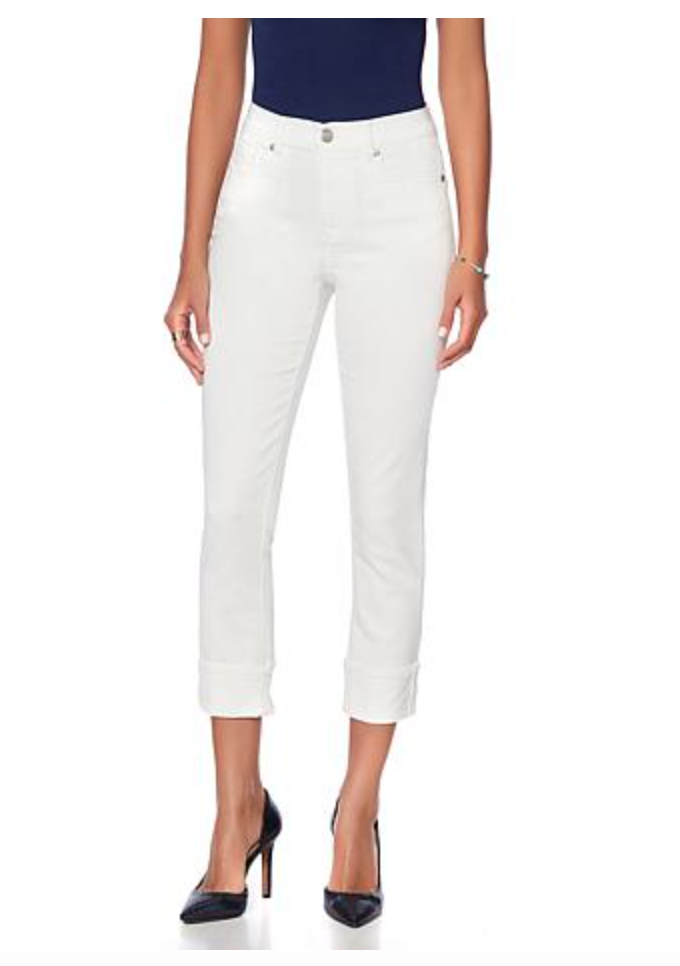 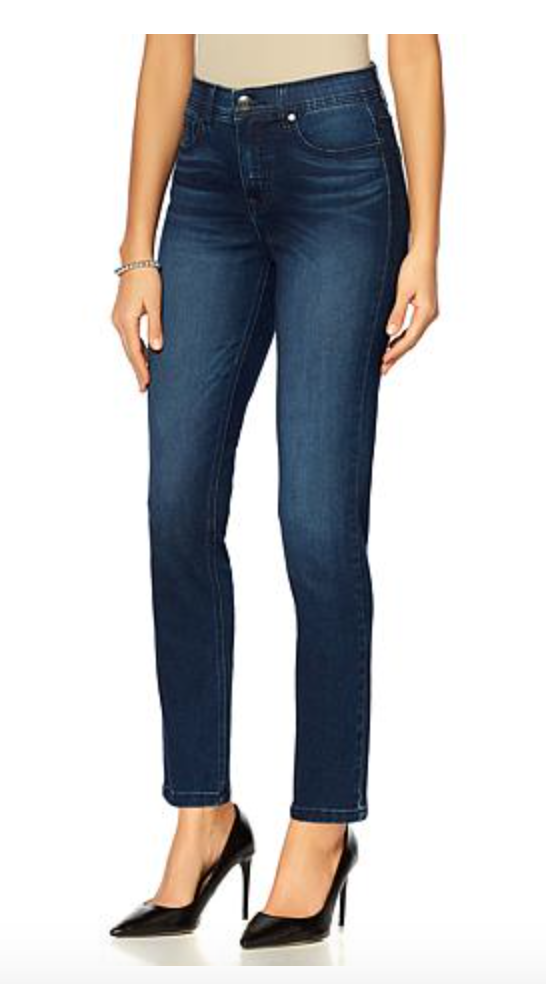