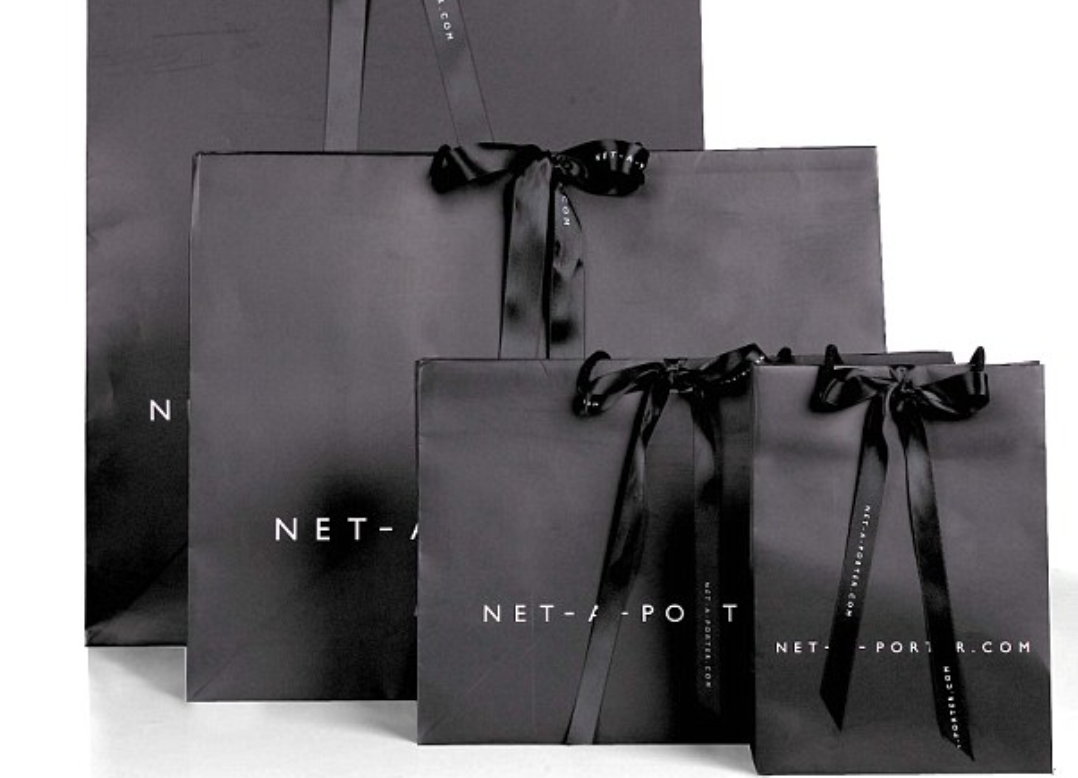 On April 30th, I announced I would go for one year without buying anything new. I had many reasons for doing it.  All of which are listed in some of the blogs following my bellowing commitment to a full year of non-consumerism.

I took bets on how long I could last.  Some said six months, my mother said not longer than a week.  I guess mom was the closest, but I did get to two months with only a few tiny slips.

Why did I not announce it a month ago when I threw in the towel, took out the Amex went back to my compulsive ways?

Because I wanted to see if the two months had changed my relationship to buying, to the dopamine, the trolling on shopping sites, the buying for buying sake. I needed to see if I still used retail as therapy. Were my ways still compulsive?

According to psychologists, “depending on the habit you are trying to break while it may take approximately 21 days of conscious and consistent effort to create a new habit, it takes far longer to break an existing habit.”
I think the controlling concept in that assessment is “depending.”  Another study I read said 90 days seemed to be the time frame.  Again, are you dealing with a serious opioid problem or are you playing too much Candy Crush? I don’t mean that to sound as glib as it does. But it’s just a fact.

One needs to rewire the brain, one needs to reset the cranial computer. One needs a  spanking new set of habits. But it takes less time the less severe the habit.

In all honesty I think I picked too steep mountain to climb and once I was on my way I realized that. I also realized I could likely accomplish what I wanted to in less time.

In the beginning, it made me anxious. It made me feel deprived. It made me more upset about certain things than I already was. I would walk by Barney’s and longingly look in. Or I would take a lap around the first floor and want random things. And by random, I mean random, it was wanting for the sake of wanting. It’s clearly how my closet ended up being full of things I didn’t care about or want anymore. But despite what I might have wanted I refrained. And eventually I stopped needing or wanting to even go in. Eventually I didn’t even walk by I usually picked other roots or walked on the other side of the street.

But day by day I started to stop thinking about shopping in the same way. And to be honest there have been some high stress things going on in my life, things at a time I might have used shopping to massage, but I didn’t. And by week six it didn’t even occur to me to.

Now, in all fairness I did buy makeup at times. I found something small and not that pricey, but eventually I was able to take or leave that too.

And then the real test came when I said to myself ok, just quietly re-introduce real shopping into the picture. I did frankly need some things. I continued to purge and am still purging. I just took three things and hung them in the get- rid-of -closet.

But when I started buying a few tops for summer as I really was down to like three sleeveless blouses, I was careful and very deliberate about what I purchased. I made a list of the colors needed, the style that would give me the most options. I returned a few things that might have been cute and I would have worn, but I could see would be ripe for eBay or The RealReal before next year.

And I bought for the most part in stores. And I put things on hold, or went back a week later if I still wanted them. This is literally four blouses I’m talking about.  I bought the best quality I can afford as I know those are the things that stay with me the longest.

I tried to limit my online shopping. A habit that I will continue. Because during this period I was studying shopping patterns of the world and started reading about  the global environmental havoc shopping reeks.

Fast fashion, buy it today, toss it tomorrow leads to so much global destruction it is mind boggling.  The making of clothes, the distribution of them, the chemicals that go into dyes and fabrics, the waste the immediately tossed away fancy packaging builds up is staggering.  And the most heart -breaking statistics comes from the amount of clothing that is just thrown away. Just dumped into the garbage.   Not given to those in need or recycled but just trashed.

The average American will trash 81 pounds of unwanted garments this year, which equals 26 billion pounds of textiles annually added to landfills.

How about this stat ~

The recycling of two million tons of clothing per year equates to taking one million cars from U.S. streets.

The global stats are even more astonishing.

So, while I was rebooting my internal computer I was also (maybe late to the table for some people, but clearly not for the majority) understanding what impact my shopping, all our shopping  has on the environment from the chemicals used, to the plastic that does not break down, to the landfills filled with old clothes.

Now, I always recycle I don’t think I have ever thrown something out unless it was so destroyed nobody could use it. Everything I don’t use ends up somewhere. But we are still stuck with all the other nasty stats.

I had things delivered in fancy packaging by cars that left big carbon footprints. I ordered things for the soul purpose of trying them as sport when I knew I would send them back. More carbon footprints. I was irresponsible both with my money and with the earth.  And as I learned more, and learned to live with less by getting rid of more things, I suddenly I wanted many less things. And then it ceased to be an issue.  And that is what I was going for!

And less translates into less of everything. I pack less every weekend when we go away. I buy less food that ends up getting thrown out.  I make my girls give me something for everything I buy them. I was buying Lucy something the other day and the Ariel our friend who sold it to us told me I was the first mom she had heard tell her kid when we get home you need to give me a pair of jeans you don’t wear anymore to give away and make up for the pair we are getting.  One comes in, one goes out!

So, yes, I am shopping again.   But with purpose and with my eyes on sustainability, if I can I buy in person and don’t have it shipped or delivered – I don’t.

I also hate to see all commerce going online.  We are an economy and we need to run as one. Stores need to stay open. But we need to be responsible with our choices, when we make them initially and then what we decide what to do with them when they wear out their welcome.

I will give you an example of the new me.

I had a big party to attend Saturday night, The Watermill Benefit. An event I will blog later, but this event always brings out the fashionista in everyone. The theme this year was “Shiny Black Things.”  The old me would have used this as the perfect excuse to go out and find some fab new thing I SO NEEDED for this event. I would have likely used it to replace my Jumpin Black Jumpsuit.

But,  the new me, wore a pair of six-year-old Armani satin pants, a four-year-old very cool Yigal Azourel top, jeweled sandals I have had forever and a very cool shiny Perrin clutch I bought last yeara. Entire outfit from Tracey’s Closet.

The place I decided to go for it was my makeup, my new thing, so I bought a $50-dollar eyeshadow palette in shades of black and grey and did giant smokey eyes.

Then the  day of the party was freezing and the night was going to be colder. I didn’t have a jacket or sweater as I did not have all my stuff available to me and I had not prepared for cold. So, I went down to Life Style in Sag Harbor. I could have bought what Debby wanted me to buy which was a shiny black puffy vest that would have worked and been very on theme. I didn’t love it on me and I knew me, as cute as it was, I would likely not wear it again.  I combed her store for something black and warm, that I knew I would use beyond the one night.  I found it in a great black denim jacket I will likely have ten years from now.  Mission accomplished.

In Gratitude and Trust we have a theory we use a lot, it’s not what you do so much as – Why you do it?  How you do it?  When you do it?  In addressing those questions you can get to the root of the behavior you are trying to modify.

I learned things about myself and about shopping in general I would have never known had I not done this ninety day experiment.

And there is that great saying, I do not know where it derives from. It might be AA.

Once you know you can never not know again. 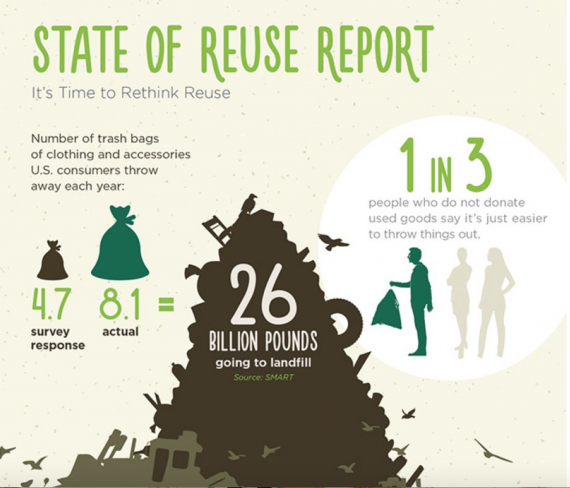 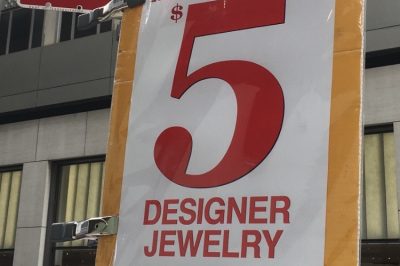