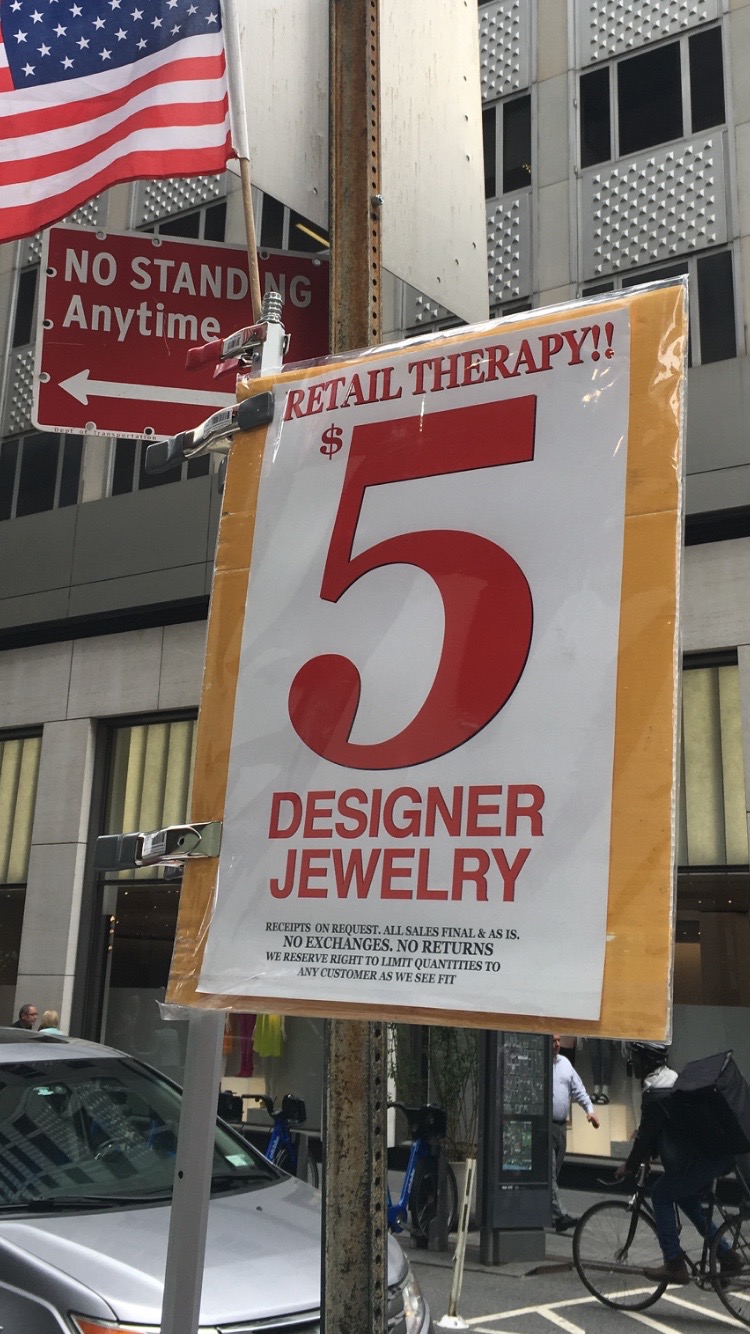 I am one month into my one year of not shopping pledge.

I would love to say I have found some nirvana and peace in the non-consumer space.   I have not. I have found positive things.   And there are days I am very happy and days I’m cranky. But that is me in life. That is everyone in life. Isn’t it?

When I am cranky I used to be able to momentarily un-crank by buying something. Now sometimes the non-shopping makes me depressed and other times it makes me feel in control.  I need to find the middle distance.
By observing when I want to make certain purchases and refraining I have learned how and why I have made too many purchases at times and bought things I never really wanted and never really liked.

All of them having been given away, sold or in the process of being sold. Want to see how your guilty consumer muscles flex start going through your stuff and chucking what you don’t like or use. It’s a great insight into how your emotions can run amok in the purchase space of life.

I have slipped up twice.  I told you I would.  I bought a pair of sweat pants the night of the Manchester bombing. I knew of no other way to assuage my anxiety.  I have been calming myself for five decades this way and it works for certain things.   I’m beginning to think as long as I understand that it may not be the worst habit known to man. I don’t go open a bottle of vodka and finish it off. I buy a pair of sweatpants.  OK, usually I buy more. Progress not perfection.

I slipped up last Friday the day after I heard Ed Victor died.  I was in Sag Harbor; I was parked in front of the American Hotel, the American Hotel being a spot where I had had drinks or a meal with either Ed or Ed and Carol.  I thought of the last time Ed and I had had a meeting, it was there.

I went across the street and bought the sweater I had been able to pass up two weeks before. Now, I knew why I was doing it. And it was not a random purchase. That is not an excuse, but I understood my behavior and I was able to make a very conscious choice. Ed is dead, I am sad.  I am going to buy a sweater.  And I didn’t buy two or say well, since I’ve fallen off the wagon, might as well go for broke. I bought the one sweater.  And damn it, it did for make me feel better, for awhile.

They call it retail therapy for a reason. You don’t hear gambling therapy. You don’t hear sex therapy.  You never hear alcohol therapy.  It’s maybe the only thing that gets categorized under an addiction that has the word therapy attached to it.

So is it an addiction or an aid? Or is it two mints in one?

It might be both because unless you steal your merch there is no illegality involved in shopping. There is not number of how many items you can buy and drive home with before you get pulled over. There are no illegal shopping malls.  You are not breaking your marital vows by going to Nordstrom’s and buying one too many pair of shoes.  You might get a reprimand, but you won’t end up packing your bags and going to stay in a motel by yourself.

“ treatment intended to relieve or heal a disorder”

Now, I’m not looking for an out here. Though my shrink disagrees.    I voluntarily put myself into this slightly Draconian position and I can remove myself at any point.  I suffer from anxiety and panic disorder. Diagnosed. Life-long condition. Shopping is proven to give you dopamine.  Dopamine quells anxiety and makes you happy.  It’s not too hard to figure out.  We don’t get addicted to the shopping per se, it’s the dopamine the shopping provides.  We all just get our dopamine in different places.

I also like things and like to shop, most people do. I think what I’m trying to say in this round about way that sounds like a big fat excuse is I think there is a happy medium. For instance I want to retrain myself to shop the way I drink. The way I eat sugar. The way I do other things that send many people around the bend.

I have a glass of white wine in the evening or sometimes a glass of champagne.  Big night – two glasses, end of story. Now if I drank when I got anxious I would imagine those numbers would be higher, if there was alcoholism in my family, they would be way higher. But there isn’t. There is shopping in my family. Both of my parents are big time shoppers.  Always have been. It’s what I grew up watching.  So when I go back to my early journals at 14 there is an entry, “feeling sad going to buy that skirt I saw.”  The apple, the tree and all that shopping.

To be honest I don’t want to not shop for one year. I JUST DON’T.  It feels like torture. And I don’t’ think I will be a better person.  I will just be a miserable, cranky person in last year’s jeans.

I want to continue to make not shopping my goal until I understand much more about it and learn to delay gratification in more consistent way.

Though I have made inroads.  To be honest I have gone four weeks and bought two things. That is the least I have ever bought that period of time in my life. No, that is not true, I went four months once out of necessity. Will save that for another day. But suffice to say for me it’s a personal best.

In the last month I have been able to go into a drug store for eye drops and walk out with only eye drops.  I went into Blue Mercury the other day to buy some under eye concealer and I walked out with one under eye concealer. I normally would have picked up about four other random things I didn’t need but wanted, for no other reason than they were bright shiny objects and those are the kind of bright shiny objects that get my attention and often end up in my possession.  They make me smile

By nature I am a very disciplined person. I never miss a deadline, in fact I usually turn things in ahead of schedule.  I have worked out consistently for forty years. I think I am a super responsible parent.  The only place I really tip is in this one area.

So, what’s happened is I have been walking around feeling kind of deprived instead of disciplined. Like I’m a good person, I do the things I’m supposed to, why am I punishing myself?    Then I feel pissed off or sad.  And I don’t think that is the goal.

So, for the next month I am still under the no shopping mandate. They say to really amend a behavior it takes thirty days. But it really takes a lot longer than that. That is how long it takes to sort of, kind of rewire your brain. My brain is in the process of rewiring as I write this.

Much like in AA, I’m taking this a month at a time. If I do that I don’t think I will freak out.  Well, they do it a day at a time.

A month at a time is doable and we will see where I end up..

A year might just take me into the realm of losing my mind, or reaching for that bottle of vodka.  Neither one a good option. I will take the sweatpants over either of those any day.

HEAR WHAT MADISON HAS TO SAY ABOUT RETAIL THERAPY