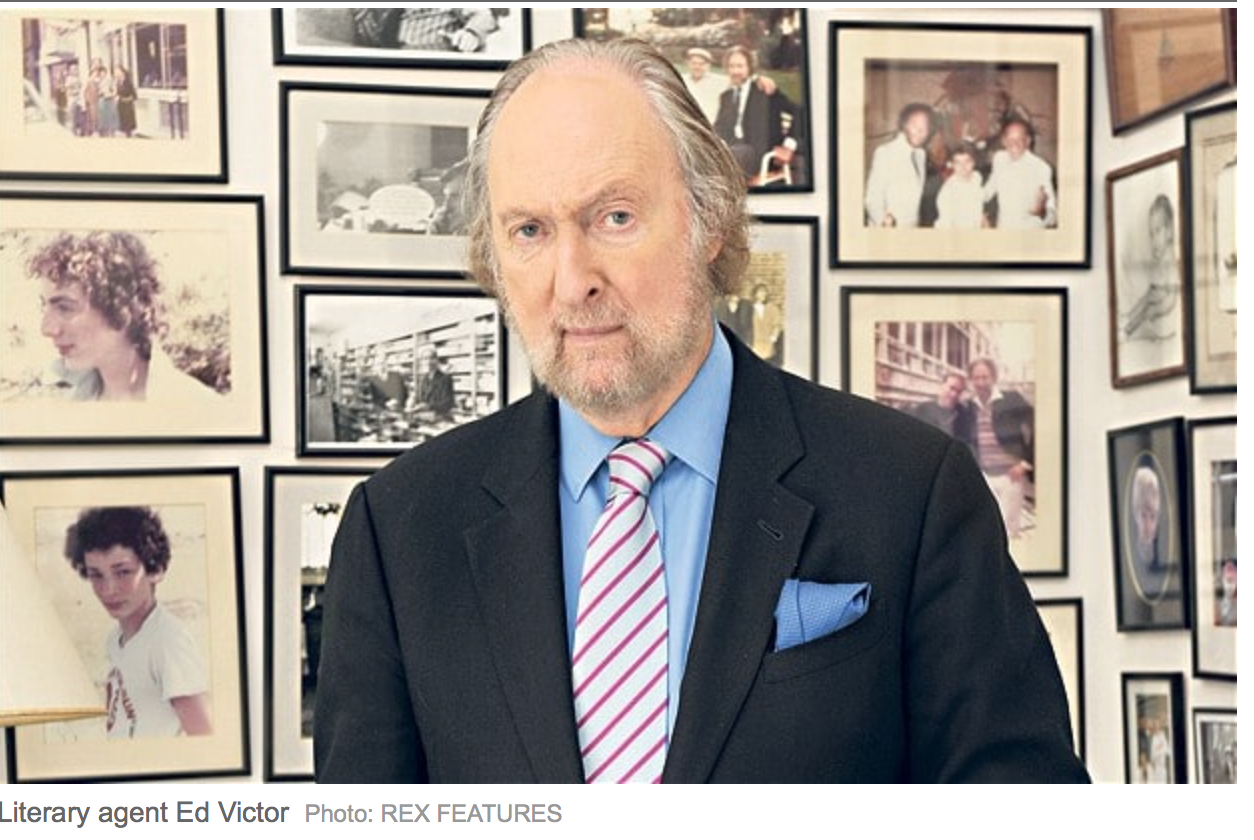 Literary agent Ed Victor passed away last night.  Ed was a bigger than life character.  He was like a someone who could have appeared in one of the books he seemed to effortlessly sell.

He was a lover of people, parties, golf, travel and his work. He was one of those people who was always going to or coming back from somewhere fabulous – A private yacht trip in Greece, dinner in Paris with Bono, 10 Downing Street or opening night at the opera with his beloved wife Carol.

He was a wonderful host, dinner companion and agent.

Ed was my first literary agent. Eight years ago sitting together on a Jitney ride from Bridgehampton to New York City he convinced me I was capable of writing a book and he could sell it.  I didn’t really believe him and I postponed attacking it for some time. But the idea that Ed believed in me gave me a confidence I didn’t have then. I knew I could write films. But books?

Then one night we were all at a party at our mutual friend Jane Friedman’s house and I was talking to someone who  turned out to be a big publisher.  I was really on my game that night and this person asked if I had any ideas for books. I had one I was mulling over;  Ed’s voice always playing on tape in the back of my head, you should write a book. So I pitched this idea that was basically one not very well thought out line. And not the one Ed had originally said I should write.

The person seemed  interested. I ran across the garden and found Ed and said I think we might be able to sell a book now.

The publisher at the party did not end up buying it. But a few weeks later Ed was having breakfast with another publisher and sold the idea without so much as an outline. That was pure Ed.

He called me to tell me I just sold your book over breakfast.  We chatted a second, I told him I was still nervous about it. He said I’d be fine, but he had to jump off and take a call from Eric Clapton.

I was always happy to see him driving around the Hamptons in his 60’s Ford Galaxy.  He loved life. He loved books. He loved people. In turn he was loved by many.

He will be greatly missed.