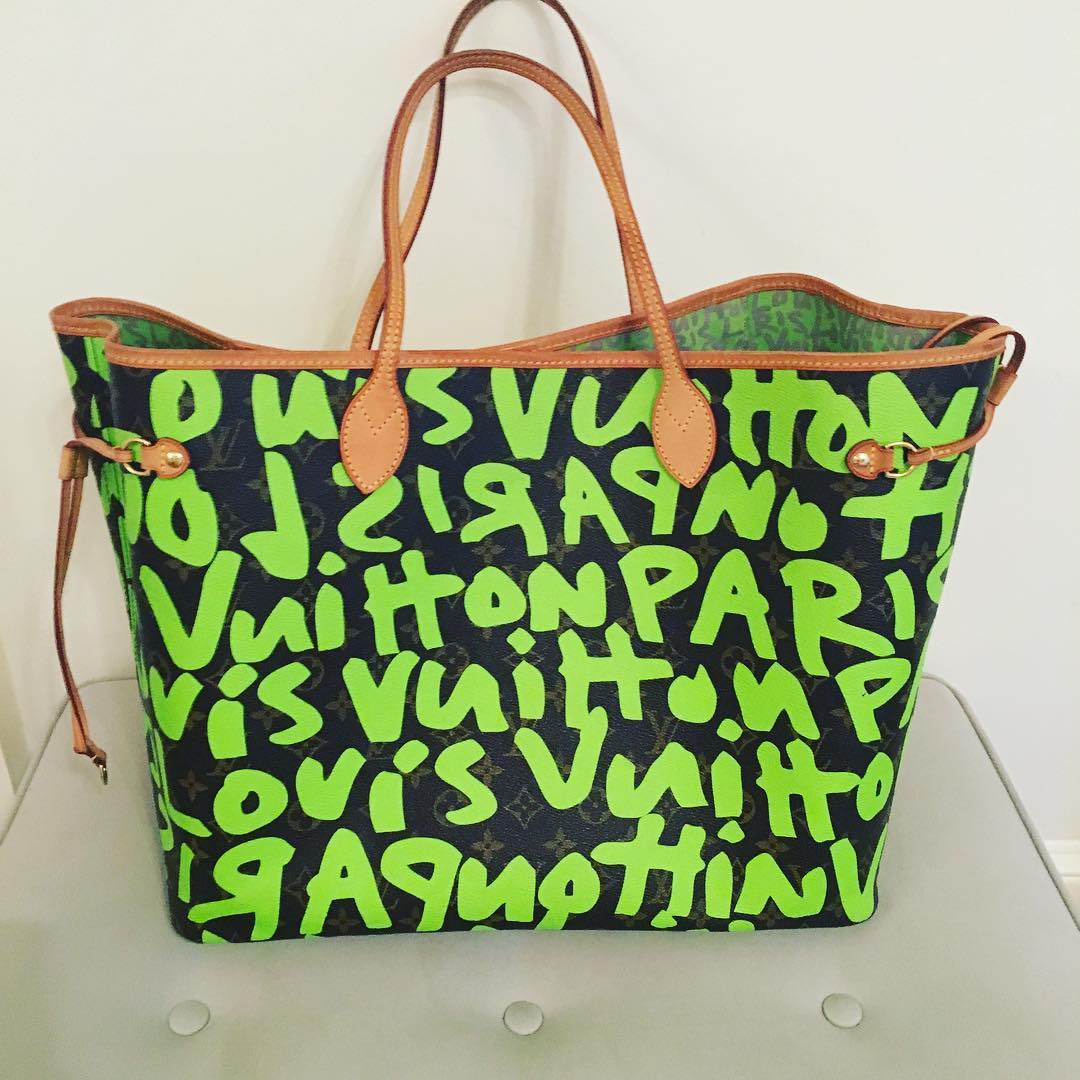 Louis is Leaving the building. Part of the whole stop shopping, needing less hopefully wanting less is letting go of what we don't use. Making not only space for more, but hopefully leaving that space partially empty. I've owned this Louis Vuitton Never Full for over a year. It's never been full. I used it once. I clearly never really wanted it though I had to have it. It will soon be on @therealreal #purgeforsanity #closetorganization #lifeorganizer #louisvuitton #neverfullbag #lettinggo #stepensprouse #traceystopsshopping

WHAT STAYS &  WHAT GOES

The purse in the photo went away today.  I know it’s cool. I loved it. But the truth is I never ever used it. I had it a year. I wore it once. It didn’t feel like me. I put it in a bag at the top of the closet. I forgot I owned it. Then I remembered, so I took it down and I stored other purses in it. INSANE. It had to go.

Part of this process is to minimize the amount we own,  it’s not to get rid of everything.

I am amazed at the amount of people who have signed on to do this too. In fact, we now have a private Facebook page where we can share, chat and give each other support.

If you want to join just let me know and I will add you to the group. It’s private so people won’t feel like they are being watched or judged. It’s only for people who are dedicated to giving this a real shot.

If you are starting this in a week when I do, it might be too fast to start purging. But start when you are ready. I just decided my birthday was the right time. You pick yours.

But if you are doing it then….

I would think first about what you need  for the duration of time you plan on refraining from shopping. You are not shopping and you will need things. If you live in the cold and you were planning on new winter boots, now is the time and they are on sale.  If you are low on summer dresses, you might want to pick up a few now. What are the workhorses of your wardrobe? You might want a few to get you through a year. Obviously, the shorter you plan on doing this the less you might need.

And to find out what you need you will  have to take a stroll through what you have.

Ask yourself some questions,

Right now, it’s about what you can quickly eliminate and what you need for the future.

This is not about deprivation it’s about discipline and they are very different things. You are not punishing your self if you choose to do this. If you feel deprived and punished you are less likely to stay with it. Discipline is about controlling ourselves not punishing ourselves.

So, if you know there is something you really want and you are removing yourself from the world of consumption for a period, you might just be driven crazy if you don’t have it.  It might be better to have it and enjoy it and you won’t feel deprived when you go into the land of the “no thanks Im not shopping for awhile” mode.

What you might need.  Think about it. If you are trying for a year, that means seasons in some parts of the world.  If you are taking a trip, think about what you will need you don’t have and plan for the unknown.

I went out and bought an evening dress I would not have bought now if I were not going under – so to speak.

But I know something will come up and I will want one and I won’t be able to buy it. More about that another day.

One pair of flats

One pair of boots

I’m dealing with a purse situation. I sold a bunch of purses, we will deal with the merry- go- round of Real Real, eBay and the revolving buy, sell roller coaster another day.   For the moment,  I am desperate for a navy-blue bag.

I cannot find one. I bought one I sort of like but not enough. Lucy just said it’s ugly.  I can’t always listen to her though.  There is no navy around now. I sold one I got sick of. I got a good price. Now I’m stuck in a navy blueless season.

Tommy who works at Givenchy told me grey is the new navy. But what happens when navy is the new grey?

Something to think about. Something I am thinking about far too much..

So, if you are doing this,  go pour a glass of wine, unless you don’t drink, then pour some sparkling water and spend some time with your stuff.

Six months, if you haven’t worn it on it in six months, you likely never will.

And the less you have the better you dress. I know that sounds odd but it’s true.  Crippled by choices leads to wearing the same few things over and over.

The average person wears 30% of what they own.

So, go get that stuff you are not using and donate some, sell some and if you have some kids who want it they are a great source to unload on.

Charity for the all things you cannot get back at least ½ to 1/3 of what you paid.

The rest sell online or at a consignment shop.

Then make your list of what you need for next however many months you are doing this.  You don’t have to go a year. I do. You don’t. Everyone needs something different. Right now I need a navy blue bag. No, correction, I want a navy blue bag.

And now here is Silas, we love Silas.  Listen to what his wife is doing and how it makes her feel.