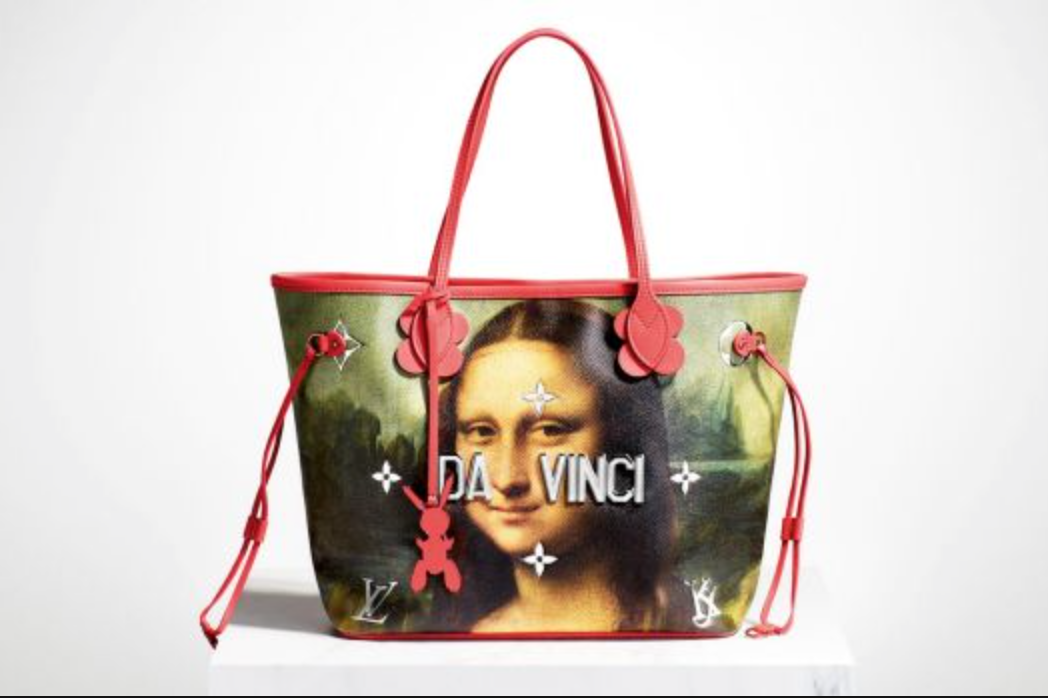 I just started purging, like really purging. Like not the clearly half assed purging I have been doing for the last five or six years.  Like OK YOU DO NOT NEED four grey purses purging. So pick two and two go.

It’s funny because people ask me if I’m nervous and I’m getting to the point where I’m so ready for this to begin. I can feel my brain rewiring itself and then, and then, today I watched it slip back. The mind of an addict.

I am going to give you a tour of the contorted brain of not only a shopaholic, but a purseaholic.

Yesterday I took Taylor to get some spring clothes. I bought her five things and I didn’t get anything.  OK, I bought one Joseph black silk sleeveless blouse. But I started panicking I didn’t have enough sleeveless for the summer. But it was pretty impressive – three hours in Bergdorf Goodman and I was able to walk on by so many things.

And as we were headed home we stopped into the new Louis Vuitton Jeff Koons pop up shop. Some know, some don’t from time to time Louis Vuitton does special edition bags with hot artists.

This time they have done a line with Jeff Koons.

Let’s start with I don’t love the work of Jeff Koons.  Many do. I’m in the minority, it just does not move me in the least.  Never has. Big puppies – fine. I prefer mine alive.

So, there is this collection and he has taken the images of famous paintings The Mona Lisa, Fragonards Angels,  Van Gough and Titian.  They are his same colorful goofy confections only now on purses, with famous images and bunnies dangling.

Taylor is so not a fashionista.  She likes clothes.  She likes them more when I buy them for her. She doesn’t think or act like a clothes horse.  In fact shopping with her can be annoying as she never knows what she wants and I lose patience.

But she and I took one look at these, hated them, verbally trashed them and left.

Flash forward to today, we went for brunch and a lady walked by carrying the Mona Lisa bag we had despised  12 hours before.

The woman with the bag  was French.  She looked good.  Lucy saw the bag and went nuts. “That is the coolest thing I’ve ever seen, Oh Mom you have to get one;  maybe for Mothers Day.”  And within a nano second my brain switched from hating the bag to thinking maybe I had to have one. Was I missing out? Was it cool after all?   Was Lucy right and Taylor was wrong?   Forget what I thought.

Forget the Louis Vuitton Stephen Sprouse I had to have and never used was only picked up on Friday to sell online.

And honestly every time Louis Vuitton does this I get suckered in.  And I don’t even care much for Louis Vuitton. So it’s all hype and me thinking I need the newest thing and…shhh… will I look younger with that on my arm?

So, I tell Lucy to google how much they are.  It’s quite amazing my mathematical skilless mind turns into Stephen Hawking when it comes to pricing things. I would have cleaned up on The Price Is Right if they had done clothes.

I was totally right about the price. Taylor came up and whispered there is one of those awful bags. Lucy said mom wants one. Taylor looked at me like I’d lost my mind. She said,  “We hate those” Lucy said,  “We like it.”

I said, “I don’t know it looks cute on her. Maybe, my last week. My birthday and Mother’s Day this week.”

Lucy was so jonesing to get me this bag.  I think she had borrowing on the brain too.

Taylor walked away in disgust. How could her mother be such a fashion turncoat?

Then we walked a few blocks and I quietly, like to myself reminded myself, that I have owned and gotten rid of almost every artist/designer collaboration that Louis Vuitton has ever done.

I stayed up all night one night to bid on a Murakami. I lost. Then a week later a friend found me one in Virginia.   Within two years I’d sold it.  You think I have a problem?

I do have the Richard Prince/Louis Vuitton bag. At one point, I had two. Two of the same bag.

I bought one and I used it all the time. I loved it. I got my friend Becca to buy one. I know she is reading this, HI BECCA!

I really did use it. It was great. And he’s a friend so it made sense.

Then one night I had been out of town working and came home with my Richard Prince Vuitton Bag packed with stuff and he happened to be at our house for some dinner Glenn was having.

So, Glenn always the archivist says,  “Richard should sign your bag.”

And I said “Richard you want to sign my bag?”  And he said,  “Sure where?”  And Glenn said “Where you always sign them.”   And he said “I have never signed one.”  So, he signed it right in the middle of the bag.  At which point Glenn took it away from me.

After all the guests left I asked for it back and Glenn told me that is was now  an object. Richard had signed I could not use it.  I demanded he buy me another one I could use as I loved it so.  And he did.  And I used it for a long time.   Until I got bored with it. And then it sat in the closet for six years, next to its neatly packed away signed mate. I finally sold it  last year. The unsigned one…

By the time I’d gotten myself through that memory I was over Mona Lisa’s Bag.

But, but, but, this is how the world fucks with your brain… after lunch we went to TEFAF, which is the New York Spring art fair. Not to buy anything –  but to look.

So, we were wandering about looking at the art and there was the woman with Mona Lisa’s Bag. Like she was taunting me.

Of course, she was not taunting me.  And frankly she could not have cared less about me and my convoluted relationship with her bag as she was having a big fight with her husband.

In the art show they have booths from all over the world, mostly paintings, some furniture and a few, like two really high end jewelry booths.

And she was in one of them, the better one, having a massive fight with her husband about the fact he wouldn’t buy her a big rock she wanted.

My French is adequate but not great. But I guess he’d bought a painting and all she had was her Mona Lisa Jeff Koons bag and she wanted a real present, like a major piece of bling.  And he was saying no.  And she was not happy at all.

Maybe he had just heard the French election results and figured his taxes were going up.  Who knows?

The point is that bag was not making her happy. She wanted more. She lives in the land of more. And I am presently moving out of the land of more.  And that bag would not make me happy either, at least not for more than a few days  – if that since I don’t like it to begin with.

And that is the moral of the story.

I’m going back to purging.

On Gratitude and Trust we did worksheets to help people with the process.

For those who really want to do this, I will include some here from time to time. Just click on the link below.

This one asks you some questions to help get you started. You can print them up and write on them or write directly on them if you have the advanced ADOBE. Good luck!