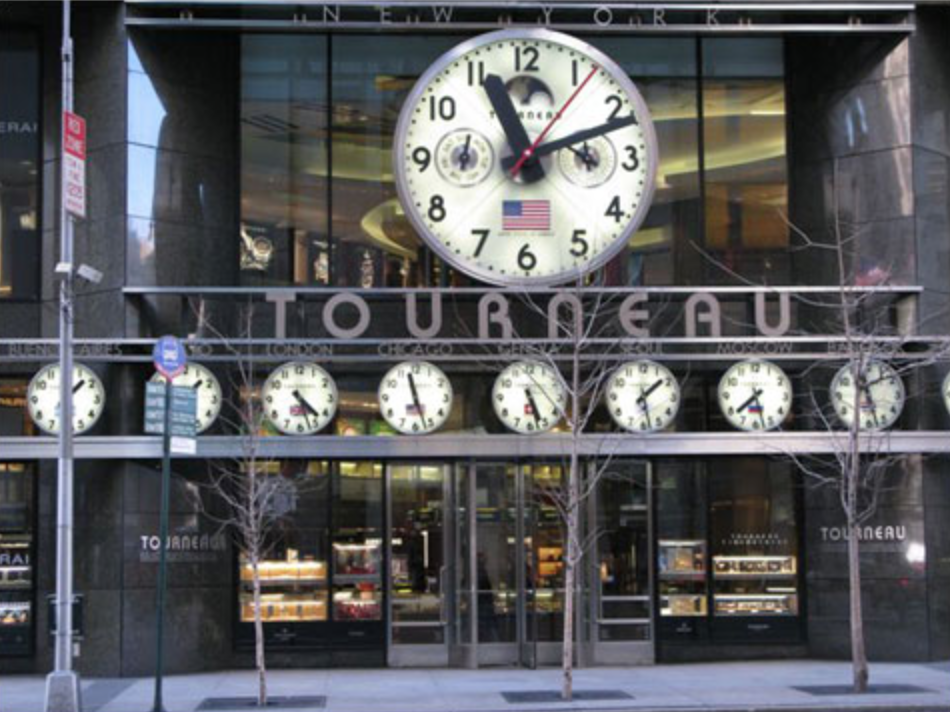 FROM MARIE KONDO TO CARTIER

I sold a watch.  I didn’t have to sell the watch. I chose to sell the watch. I have sold 3 watches since I started my non-shopping – purgathon. It was a watch I didn’t wear. A watch I no longer liked. A watch that when I bought I it, I wanted so badly. I lusted for this watch, like many purchases this watch might complete me.  Today when I looked at it sitting on the little black velvet tray about to be traded in for a check it looked like it might belong to the girlfriend of an arms dealer.

Monique is the woman at Tourneau who buys the watches from the people who are selling them. It’s kind of a fancy place, Tourneau. It’s almost too fancy to be buying watches from people looking for cash. It’s not like a pawn shop. But what I found most interesting is I immediately wanted Monique to know that I didn’t need to do this.

I say this because it shows us how our stuff, this stuff we collect and hoard and buy and need and want and cling to and wear to show that we are somebody who can purchase these things really does often carry too much baggage with it. I wanted Monique to know I could have this Cartier watch. But I chose to sit with that, to not blurt it out. My instinct was to have it be the first thing out of my mouth.” Hi, I’m Tracey and I can still afford this.   My kids will eat tonight. I’m going away this weekend.”   But I saw that in myself and I saw that the watch represented it. So, I shut up.

I just told her my name and put the watch down and let her do her watch analysis.

OK, at one point, I let my shirt sleeve slide back just a bit so she could see that I was wearing a watch similar to hers.  I’m human.

But otherwise I just sat with I’m Tracey and I would like to sell this watch.

Which is the opposite of what one normally does in a shop like Tourneau. You saunter in there to buy a nice, expensive watch. A two-floor emporium packed with timepieces that show the world you can afford pricey  things.

It’s not the place where you meekly go, hand it over and say I would rather have some cash.

But that is what I did.

I wanted to sit with the I don’t want it, I don’t need it and I don’t have to explain myself. So, what if Monique thinks this watch will help pay the rent.  What is wrong with that? Many people can’t pay their rent.

I don’t want to do the reverse here and go oh, let’s pretend like we’re poor, that is condescending and almost as obnoxious as flaunting what you have. So, there is a fine line between a kind of quiet humility and bling bravado. I tried very hard to sit there in quiet humility.  Here is my watch. How much will you give me for it?

Someone like Monique has a black belt in diplomacy.  She  knows when to look you in the eye, knows when to stare at her screen. She asks as few questions as possible.

It took her ten minutes to go through the steps to find out it was the real deal.

And in those ten minutes I just went with let her think whatever she wants about me. Other peoples opinions about me and my stuff has nothing to do with who I really am.

She offered me two prices.  One would be an immediate check and for two hundred dollars more they would do an exchange and I could buy myself another watch.

I said I preferred the check. Then I couldn’t’ help myself. My humility had run its course.  I told her I was not buying anything else. That I was giving away and purging and that I had four other watches. Then I listed them and whatever humility points I had racked up I erased.

We then got real chatty and she told me a personal story about stuff.  And I told her I was on this one year of no buying and getting rid of stuff and maybe was going to turn it into a book. And then she told me another story.

She then handed me the check. Told me not to cash it until tomorrow. Maybe she thought I was making it all up. Maybe she did think I needed the funds pronto. Not sure. Didn’t care.

I walked out of there and I sort of floated. I felt this true lightness. I was happy to be rid of that watch. I was happy to have the check instead.  I was happy that even though it didn’t last my full twenty minutes there, I was able to muster up at least ten of humility and sitting with an uncomfortable feeling of letting someone think whatever they wanted and not controlling their vision of who I am by what I own, want or need.

I then crossed 57th Street and went and stared in the window of Fendi.  OMG, they have a new color for fall you cannot believe. It’s between a pumpkin and a burnt sienna. It is so fabulous I almost fell over when I saw it the other day. I have stopped and looked at it every day since.

I had the money in my bag. It would have been almost an even trade for the small bag. I know all their prices. There was a time, like two weeks ago (nothing like the newly converted) I would have marched in there and bought that bag right away. Hell, I’ve sold five bags and three watches in four weeks. I have another big bag about to go on eBay in 12 hours. I sent one off today. It would have been so easy. The house’s money.

But I walked on by. Marched home. And at that moment, in Marie Kondo terms, what sparked joy was not buying something new to fill the void, but to keep the void and the money and deposit it tomorrow and put it away.