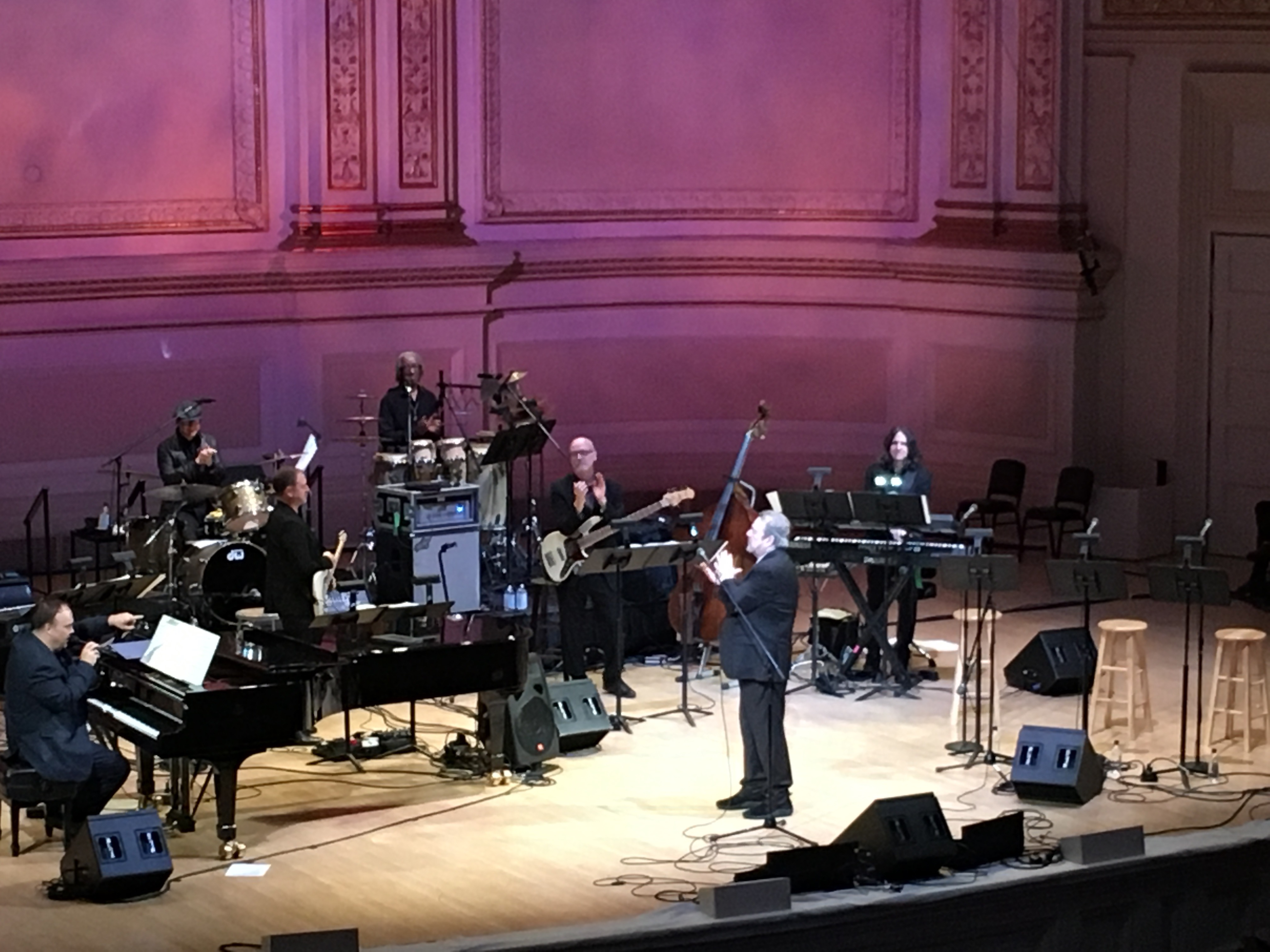 Can’t turn this blog into only #TRACEYSTOPSHOPPING – but I will say the FB private page is growing. It’s fun. It’s safe and it’s private…FB friend if you want in.

There a few things I have been wanting to share and some of them got back burnered.

Two weeks ago I went to the premiere of GILBERT at the Tribeca Film Festival.  Paul and I were invited as we had become friendly with Gilbert Gottfried and his wife Dara after we did his podcast.

I’m a lover of docs. I would spend my time making them if I could. But I am also critical of them if I don’t like them. This one happens to be fantastic.  Without giving it away it allows you to see the side of the man they call the comic’s comic that you would never see unless you’ve met Gilbert and spent any time with him. And even then you would not see what you see here.

There are two Gilbert Gottfrieds, there might even be three.

This comes from the website Interrobang in its roundup of the Tribeca Festival this year.

The highlight, by a long shot, was Gilbert, a new documentary from director Neil Berkeley about comedian Gilbert Gottfried. Notoriously guarded and private, Gilbert Gottfried has spent his career as a character of sorts on stage and has kept his persona so undercover that even hardcore fans and some colleagues will say they’ve never heard his real voice, and don’t know much about him.

I’ve been lucky to have spent a bit of time with Gilbert and Dara so I have seen the flip side of him.

If you get a chance to see this film DO. I don’t know where it will be playing.  But it will no doubt be streaming soon on a channel on your TV – so do watch it. 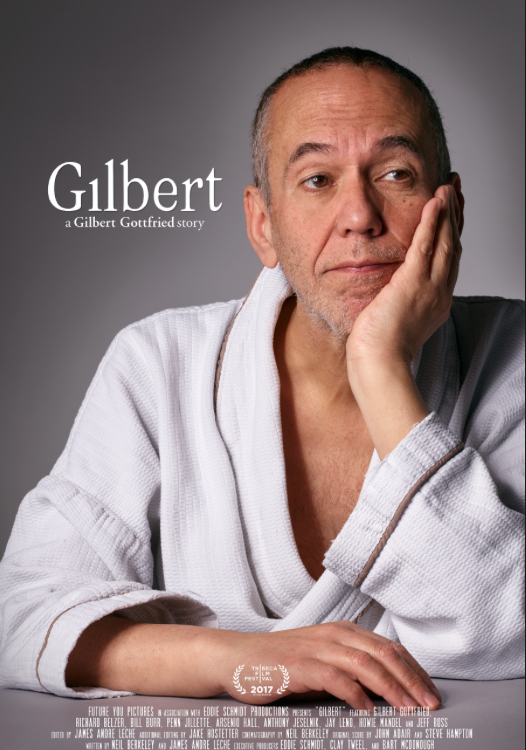 And Gilbert and his sidekick Frank (knows more about films and TV than anyone I have ever met) Santopadre have their podcast  GILBERT GOTTFRIED’S AMAZING COLOSSAL PODCAST . It was dong well, but now it’s gone through the proverbial roof and is a colossal hit. It’s funny. It’s dirty. It’s informative. It’s a great escape. 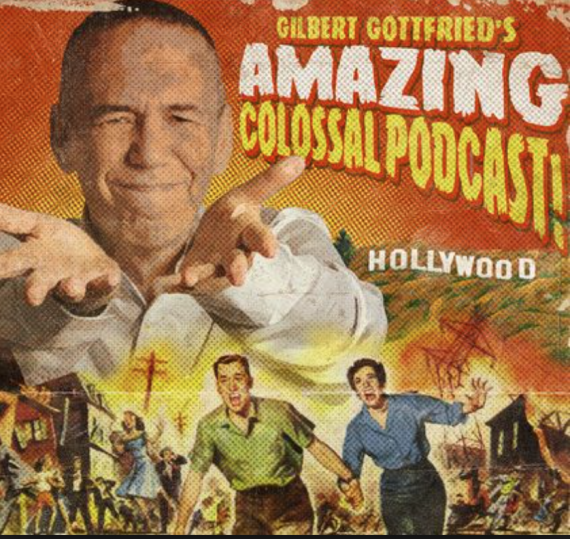 OK, in a bit of self-promotion Paul Williams and I did the podcast over a year ago. It might have been the most fun we ever had doing anything. We certainly laughed more than we ever had or have since. If you haven’t heard it – well you might get a kick out of it. I think I need to listen to it again too.  Gilbert Gottfried and Frank Santopadre Interview Paul Williams and Tracey Jackson 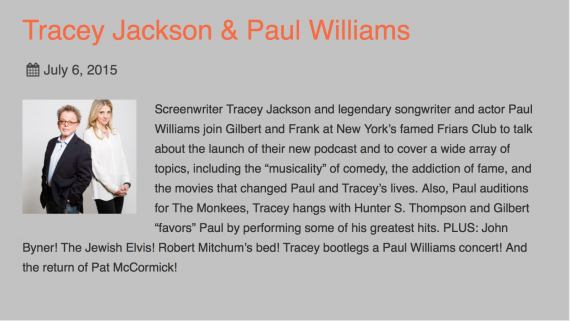 On Monday night we had the lovely surprise of having Kim Campbell and her daughter Ashley come over for a drink. Kim  is the wife of the universally beloved entertainer  Glen Campbell and Ashley is their daughter who looks just like her dad in the form of a gorgeous girl. The Campbell ladies were in town for A Celebration of the Music of Jimmy Webb at Carnegie Hall that took place Thursday night.

Jimmy Webb who has written so many hits you can’t list them, wrote many songs that Glenn made famous. They’ve had a lifelong friendship and partnership. The sold out concert was to raise money for Alzheimer Awarness and also for those who are the caregivers.

Glen who as many know is suffering from what is now stage 7  Alzheimer’s was unable to attend. But Kim and Ashley (who performed) were there to represent him.

Kim works and lectures on behalf of the caregivers of those with Alzheimers, as she herself has been a caregiver for years. She has a site that offers support and a lot of important information and love as she shares her battles and triumphs of dealing with a loved one who has suffered for 15 years now. It’s called CareLiving.org. Check it out. This terrible disease affects so many and we will likely all be affected by it some way if we haven’t already.

And many of you also might know of, or have seen the documentary Glen Campbell, I’ll Be Me which was on CNN last year and has helped bring the Alzhiemers into the bigger conversation.

I confess I had heard of the film though had not seen it. Right after Kim and Ashley left to go to dinner Glenn and I watched it. It is a must see.

It follows Glen and the family through  several years of his disease and it goes on the road with them as he does his farewell tour. It’s beyond amazing that this man who was suffering from rapidly advancing Alzheimers crossed the country performing night after night to sold out crowds.   And he turned it in. It’s about the triumph of the human sprit,  the powor of love of family and a glimpse of the rare genetic imprint few people have to be performers and stars  no matter what capabilities they have lost.  Glen was losing most of his skill sets yet he held onto his musical ability the longest.   It’s staggering to see.  So, just watch it.  It’s now on NETFLIX.

The the next night we got to go to Carnegie Hall and hear Art Garfunkel, Toby Keith, Dwight Yoakum, Graham Nash, Hanson, Judy Collins, Johnny Rivers, Billy Davis Jr and Marilyn McCoo & the  Fifth Dimension and Ashley Campbell, Michael Feinstein sing Jimmy Webb’s Greatest hits; many of them songs made famous by Glen Campbell. The audience was beyond responsive, from clapping and standing on their feet to tears, it really hit all the right spots and it raised money for Alzheimer Awareness and the Caregivers.

Little known fact, I love country music. So, I was in heaven.

Last night Taylor and I headed out to an event honoring our friend  best selling author Dani Shapiro who has yet another hit in her new book HOURGLASS. She is on a whirlwind book tour. And I thought last night was going to be an intimate West Side gathering and reading. We got there and there was a line outside the door to get in. We waited like ten minutes and didn’t move. I have started the book and it’s honest, deep and moving like her work always is. She has such a hardcore base of fans we didn’t have the energy to fight them. So, Dani, congrats on another great book.  I will have to catch your next appearance,  but know I tried.

HOURGLASS pick it up. 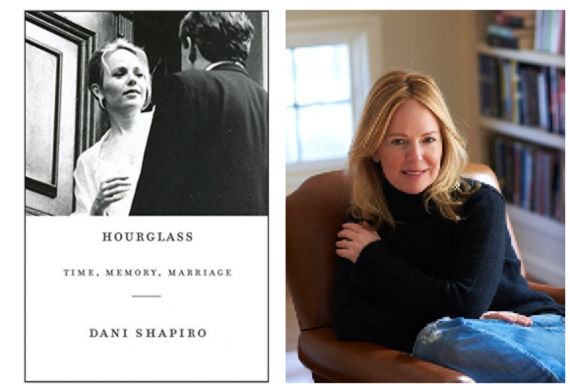 And then this is a time we can all use a little Mercy. I have never read an Anne LaMott book I haven’t loved. Her new book Hallelujah Anyway – Rediscovering Mercy is pure Anne LaMott;  to the bone, spiritual, great personal stories and usable wisdom.   Anne is a brand unto herself.  And you know, for me, with all that has been going on, and went down this week, MERCY is the word. I would suggest this book right now for everyone. Can someone please send one to the Whitehouse. 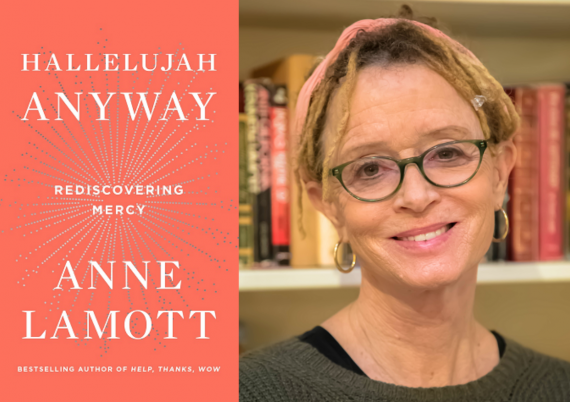 Have a good weekend!

One more week of shopping for me. Oh, I will still buy books! Always books.