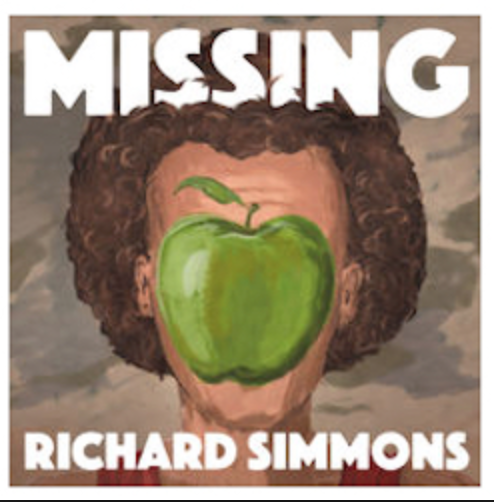 I MISS RICHARD SIMMONS TOO

For the last five weeks, a six-part podcast that appeared out of nowhere has become the number one podcast in the country.  It has spawned many articles, chatrooms and ignited much controversy. Is it entertainment or exploitation?

Yes, if you didn’t know, and until the podcast I didn’t – Richard has not been seen or heard from in three years.

He went from teaching his daily class at his studio Slimmons, being the easiest star to get to come of his house on the Hollywood celebrity bus tour, and apparently, a constant in his friend’s and accolade’s lives to being totally unavailable and completely silent.

In the podcast Terberski tries to figure out how, why and what happened to Richard Simmons. I will not ruin it for you as it’s a terrific podcast.

I’m on the fence about the entertainment exploitation aspect – but that is not important for this blog.

You see Richard Simmons is one of those people I can legitimately say I knew when.I knew him before he became famous and I knew him as his fame was exploding.

It’s not secret I’m a compulsive gym goer. I have been deeply promiscuous in my exercise choices and tried every fad, new craze, “have-to-go-to person that has appeared on my radar or near my geographical location.  And I think it all started with Richard Simmons.

One day in 1977 I met someone for lunch at a place called Ruffage. Ruffage was the first outpost of what would soon become Richard Simmons’ empire.

It was a little salad bar, well, the salad bar was quite spectacular and this was long before every deli had one. They were not part of the culture in the 70’s, nor was fitness the way we know it today.  And in the back of Ruffage, was a little exercise studio where Richard would teach his daily classes.

In those days, you could find him either in the back-holding class with a sweaty group of Beverly Hills women or in the front jumping in people’s laps, commenting on how much you were eating or just being zany, wacky, funny, committed to health Richard Simmons.

I don’t know how I went from that first lunch to becoming a regular in his seven am daily classes.

And seven am in those days was early for me to be at the gym. I was single. I was out late more nights than not. I didn’t have a regular job. I could have gone later, but then I would have missed the best of Richard. For some reason seven am was THE class. I think it proved you were motivated.

And Richard was amazing. There was nobody better.  First off he was hilarious. He was the person you see on TV.  He his side splitting endless jokes kept you laughing so hard you were totally unaware of the fact that you were working out at such a break neck pace.

He had a kick ass playlist long before the word playlist was coined.

And speaking of coin, there was no pre-payed class series thing going on. You gave him your money as you came in the door and he put it in a giant piggy bank.

I cannot remember how much he charged, they say when he stopped teaching 3 years ago it was thirteen dollars a class.

Dial back almost forty years and my guess is five dollars.

I remember being horrified when I went to my first Lotte Berk class in New York a few years later and they were charging thirteen dollars. Richard’s philosophy was make it doable for everyone and that was before he was a multi-millionaire and apparently after.

It was quite amazing to watch him juggernaut from exercise teacher to celebrity in about two years. I was there when his first book came out. I have a signed copy in a slipcase.

I would be lying if I said we were close friends or even friends, or even friendly.   He was very approachable and very standoffish at the same time. He was truly complicated and a mass of contradictions.  I now understand that he had to be and I’m sure still is bi-polar. You could not be that manic without having some deep rabbit hole you called your second home.

For some reason we did not have that  oh, you too were a chubby, unpopular kid who always felt on the outside of it all and likely always will, so let’s be friends and show them.

I wanted to be his friend.  But he didn’t seem to want to be mine.  He called me Miss Jackson most of the time. I stood in the second to the last row. As Terberski says everyone always had their spot in the room and it never changed. I was a second to the last row girl even after I was a  regular for two years.  His friends had dibs on the first two rows. From the sounds of it he kept that up for thirty-seven years.

I remember after about maybe eight months of regular attendance going up to him at the end of class and saying. “I just need to tell you how much I love these classes; how terrific you are and how this really makes my day.”  And he looked right at me and said, ‘You are too rehearsed.”  And turned away. I remember how hurt I was as I drove home down Santa Monica Boulevard. There is no question I had gone over in my head what I wanted to say, but it was sincere and heartfelt.

That early morning bitch slap did not deter me from inviting him to a party six months later. I was going out with a man named Patrick Terrail then and I threw a “Disco and Dessert Party” upstairs at his of-that-moment-only-place-to-be restaurant  Ma Maison.  This must have impressed the star struck part of Richard as he accepted. I think I remember him asking me who was coming. And I think the producer Alan Carr was the closer on the deal.

Richard said he would be coming plus two. But he never showed. There was some weirdness about it all, though I can’t remember the details.  Like he said he tried to get in and his name was not on the list, or he drove by and couldn’t  get in. Now, I realize he probably never even attempted to come.

I was a tad disappointed but didn’t care that he didn’t show. The party had plenty of glam and he was not yet the mega star he would become.

I moved to New York about a year later, I was lost and ten years from finding myself, he was ten years older than I and by then had found his public self, but clearly a big part of him remains lost to this day.

I went on to do Pilates, Bikram with Bikram, Radu, private training, the great Luigi, endless classes and techniques until I found my lifetime exercise that I have been faithful to now for 15 years, Core Fusion. But my first love of those Richard classes did teach me the importance and love of the daily routine of exercise.

And while no one has ever been quite as fun, Exhale has been far more effective.

I did see him once after 1980. It was at a hotel in Miami about six years ago. I was on a book tour. He got out of a limo and I thought oh, go ahead, go say hi, show him you too found yourself, made a life and are now thin. But before I had time, he had climbed aboard a luggage cart and was being pushed through the lobby by six bellmen and as was singing Hello Dolly.

That was Richard, the public spectacle always there to keep him alone and separate.

Years of therapy and writing a self-help book has taught me a lot I didn’t know that day he told me I was rehearsed.  He was projecting. I was in the moment and sincere and he was always rehearsing and on stage.

Now he has exited. For good? Who knows?

I only wish I had known he had still been teaching all these years at the same spot, now called Slimmons. I thought he had closed shop when he got rich and famous. Had I known, I  would have been there, second to the last row, laughing and sweating to the oldies with everyone else – cause at the end of the day, it was so much fun.