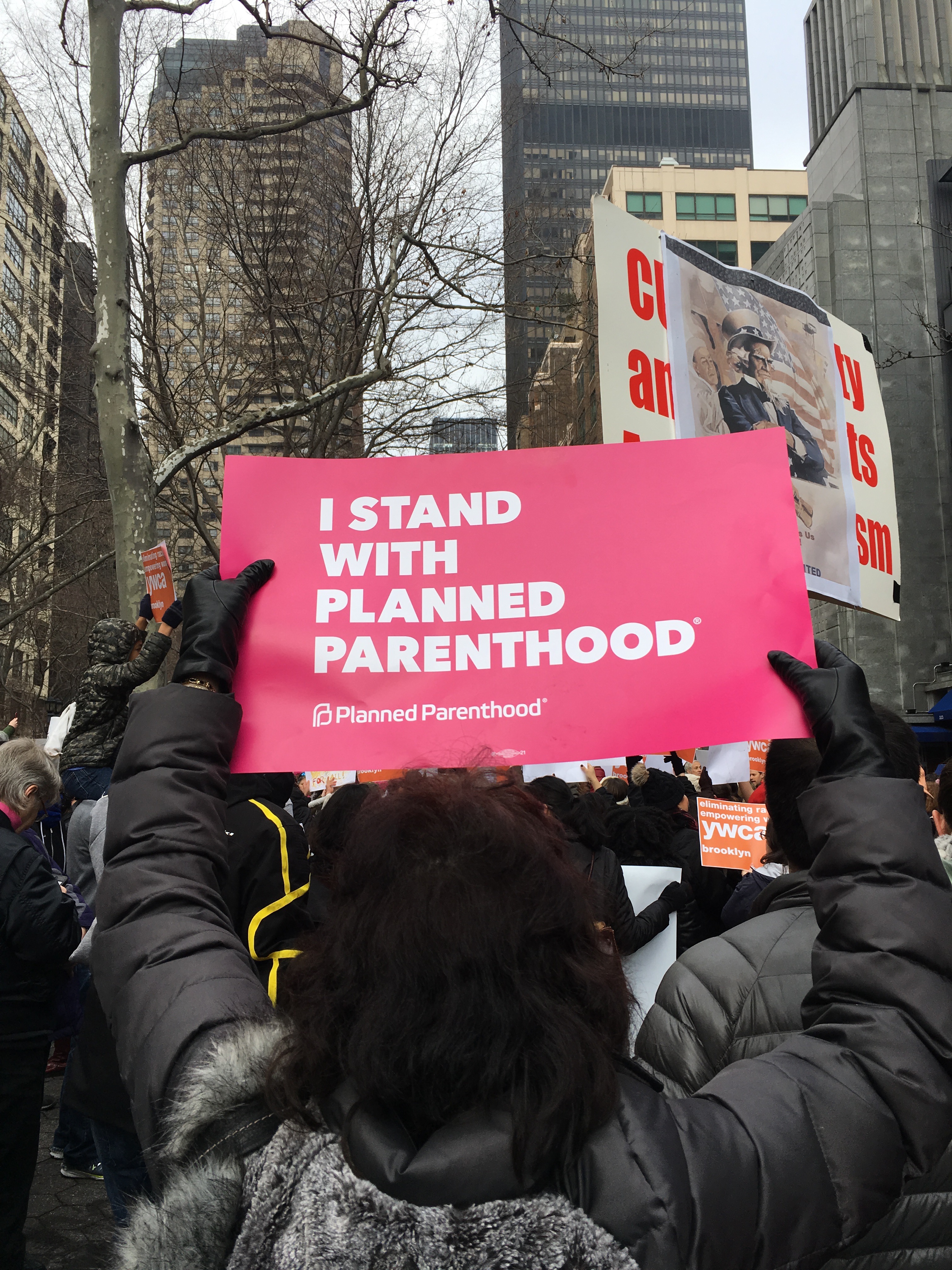 That is really not a fair title for this blog.  Though there is a slight element of truth in it.

Yesterday 2.9 million people around the globe joined together in solidarity to march in protest of the inauguration of Donald J. Trump.

The reason I say shuffle is not to negate the experience in any way – In fact it was a joyous, exhilarating, life enhancing event.   It is the shining star in what has been a very dark sky for many of us since November 8th.

The reason I use the verb shuffle and not march, is at least here in New York, there were so many people there was no room to actually march.

Marching means a long stride. Room to really move and make time.  Unless of course you are using alternative facts and then it might mean a tiny baby step.

But if marching also means with conviction and passion and purpose, then march we did, even if we only had room to actually shuffle.

I was originally scheduled to take the girls and attend the march in DC. We had a hotel room and train tickets. But I’m in the middle of a move and a heavy work cycle and figured I can march here as well as there.

At one point the girls each lost interest, so I found two good friends to go with me. Lisa and Alex. Alex for the record is a man.

By now you’ve all seen the photos, the sound bites, the footage of the masses of women in LA, where my friend Lynnda texted me “750,000 of us marched.”  In Boston they ended up with 175,000 in the Boston Commons.  They marched in Paris, London, Sydney and New Zealand. There were even 30 marchers Antarctica. There I bet they had room to really march unless they had to skate.

It doesn’t matter what or how you did it, all that matters is that so many of us showed up and were heard and seen.

And while we all marched for a very particular reason, our shock, horror, fear and disgust that we are now being led by Donald J. Trump, (I can’t call him President) everyone also had their own specific reasons for turning up and that was evident in the indivuality of the signs people carried.

For those who took part you know what it was like. For those who didn’t, I fear I will just rattle off too many adjectives and it will mean nothing.

Some showed up in pink hats, some pink sweaters, or pink boots.  Some came with spouses and male friends, many brought their children, but all turned up with the same essential message in their hearts and voices:

You can’t lie to us.  You can’t keep us down.  You can’t just do what you want without being accountable. You can’t control our bodies, our press, and take away our freedom of speech.  You can’t  destroy our environment our education system or our friendships with our allies. You can’t attack the weak and rip insurance away from the sick and the poor.  You can’t build give gun owners more rights, you must take some away.  You can’t reverse racial relations and further threaten the freedom of African Americans by filling your cabinet with racists.  You can’t take away the hard won, long awaited rights of the LGBT community.

It’s hard out there now. But women are tough. We may not make as much on the dollar as men, we may not have the same rights and in fact we really don’t.

It’s still very much a man’s world. But we work hard. We give birth to and raise children.  We earn livings and multi-task.  We are a powerful group and yesterday women of the world stood up, and whether they marched or they shuffled or they just stood with a sign, they said, “We’re mad as hell and we aren’t going to take it anymore.”  And we proved just how tough we really are.

And man woman, did it feel good. 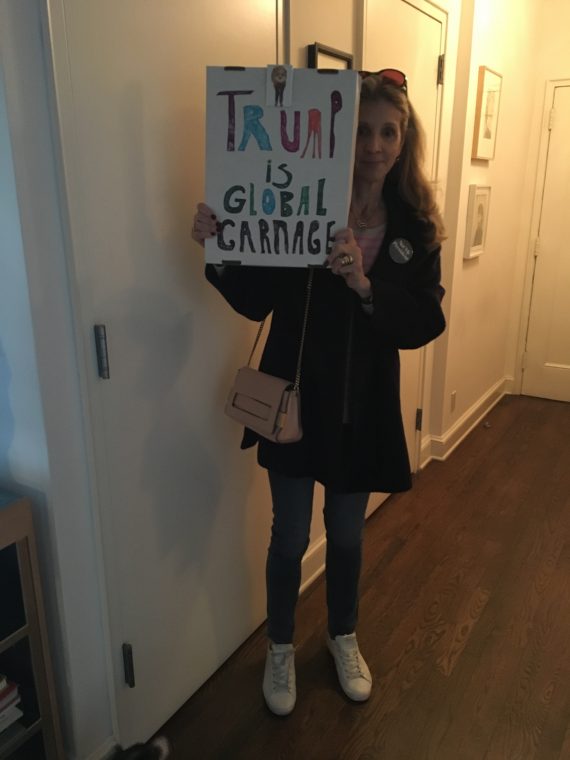 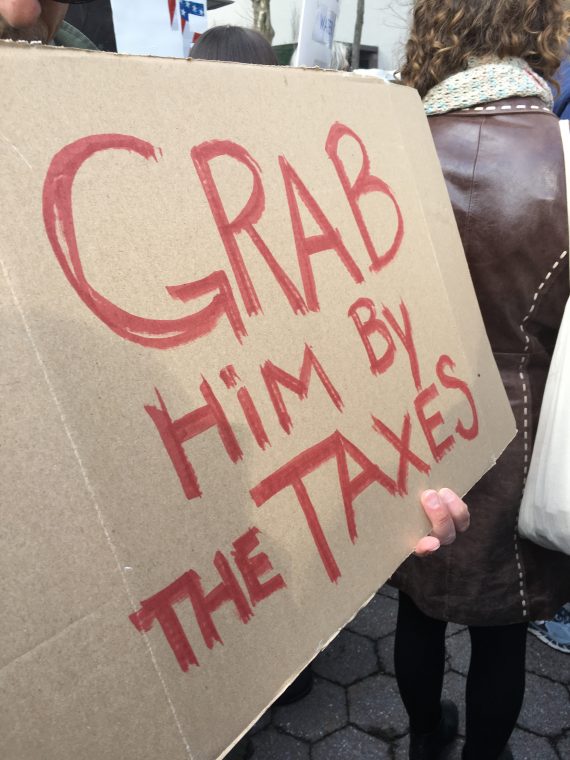 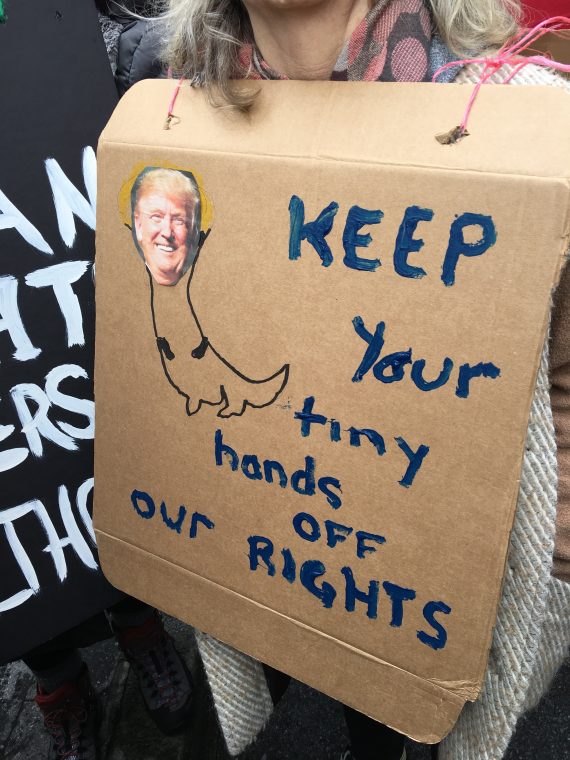 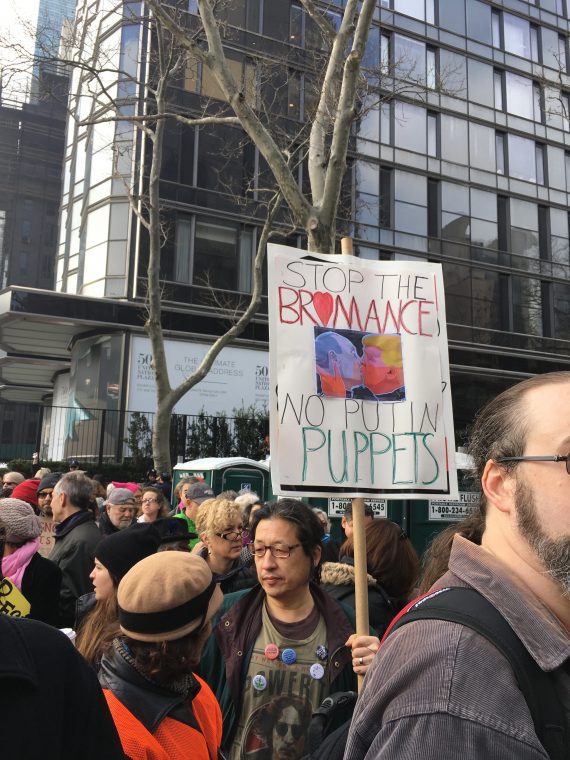 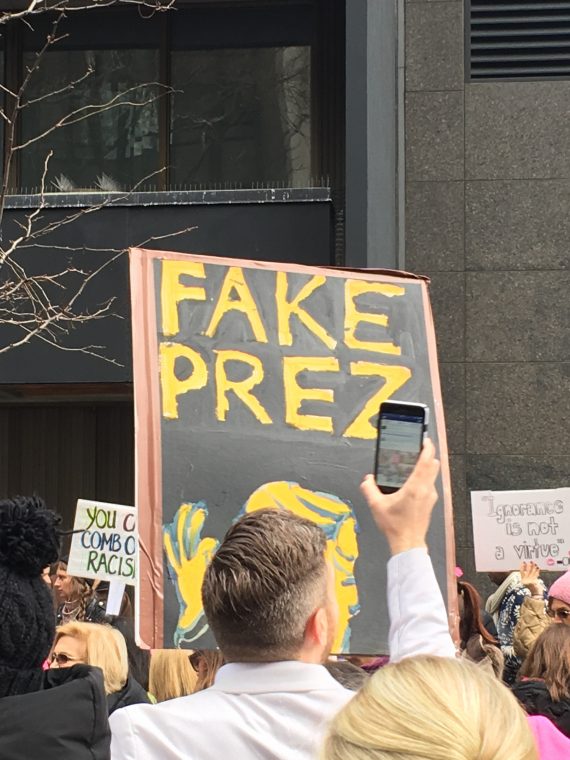 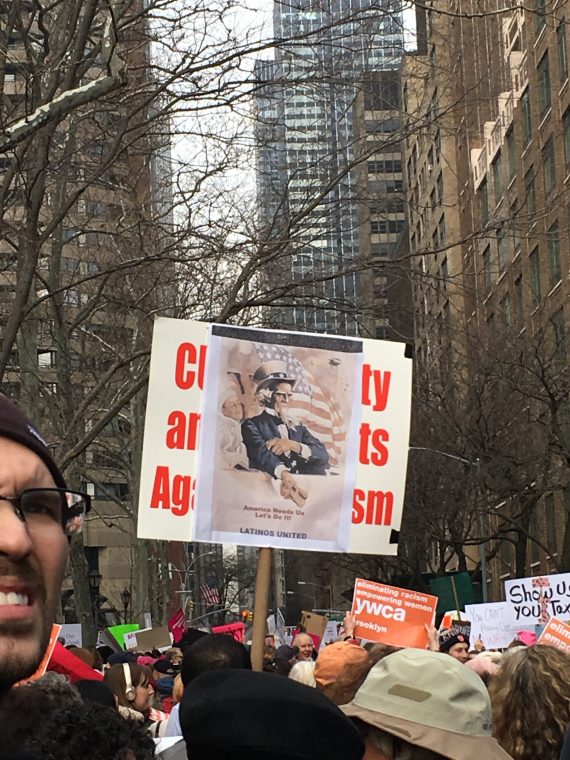 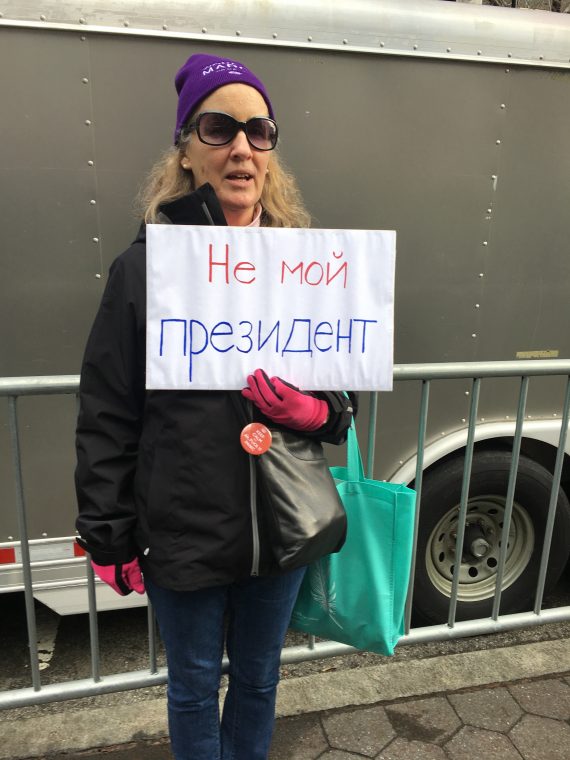 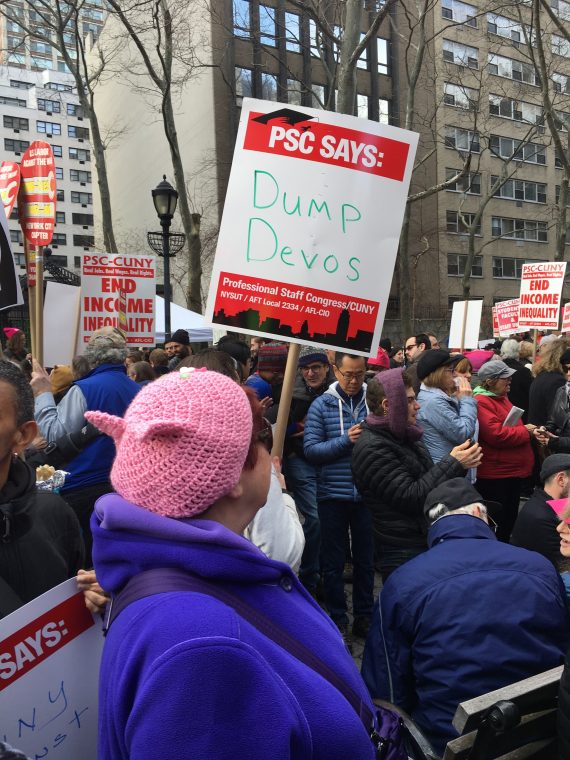 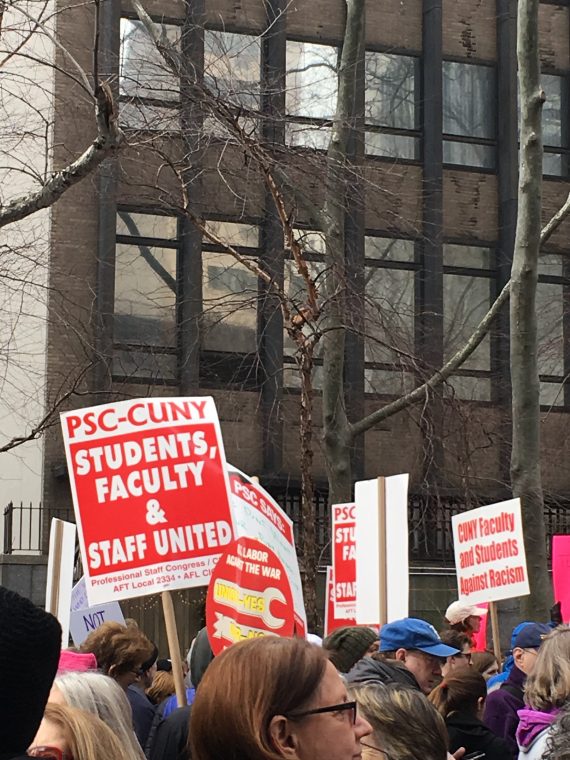 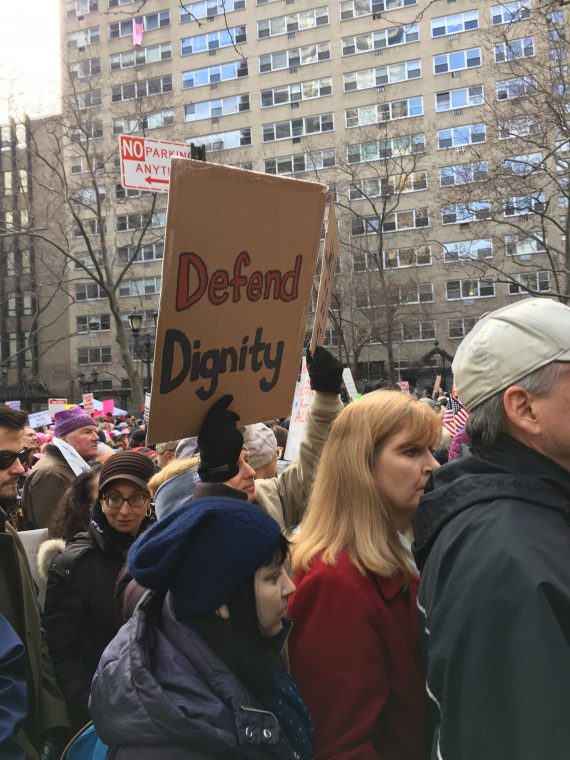 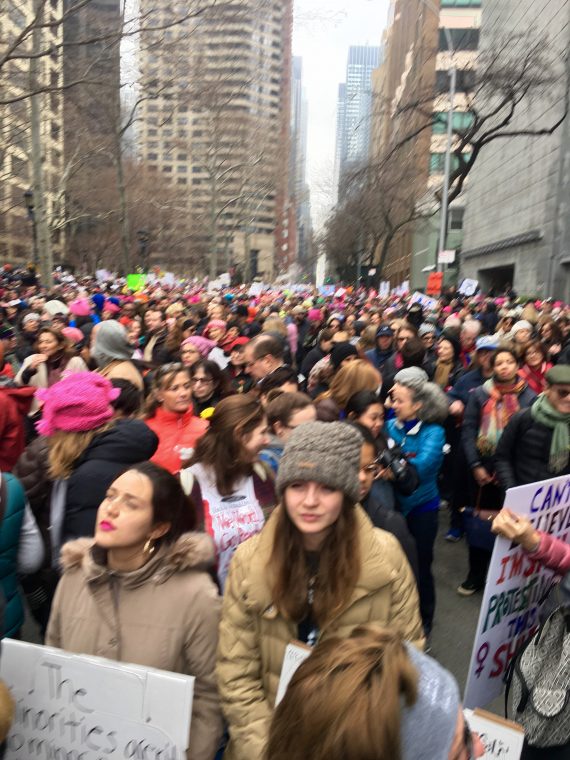