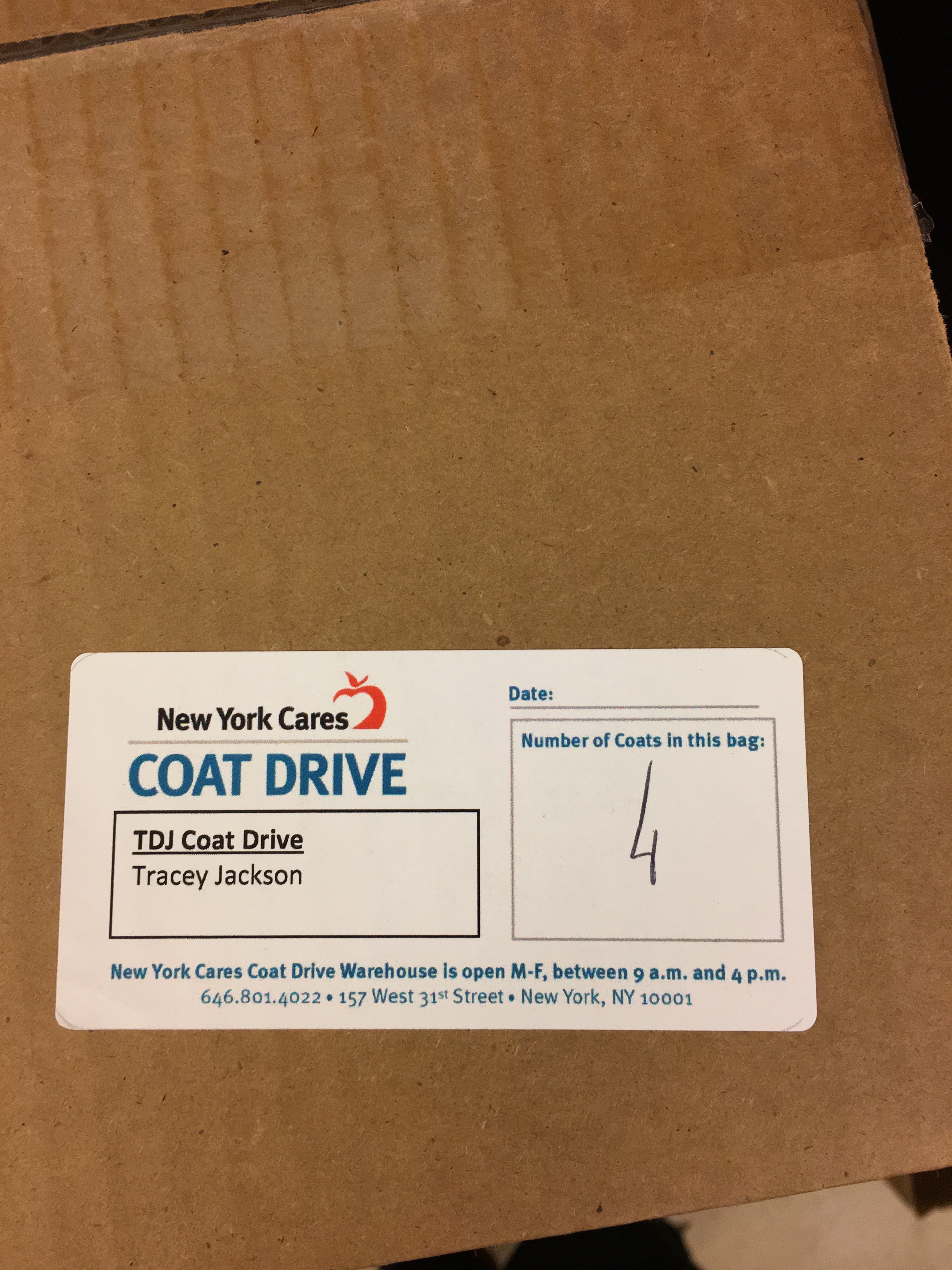 We  hit my goal of collecting 200 coats to donate to New York Cares Coat Drive early last week, might have ten days ago, but I wanted to hold out until the final coats were in. And we actually have two more coats to pick up tomorrow.

In fact tomorrow with the help of Silas Olivera I will be delivering forty coats, and thanks to Moksha designer Juhi Kilachand – seventy wool scarves to New York Cares!!!!!  The other 180 coats were purchased through the New York Cares donation process.

One of the things I found the most surprising were the people across the country, most of whom I have never met, who sent coats or a check.

If I ever thought of dropping this blog this coat drive gives me the push I need to keep going. There are a lot of you who I don’t know but cared enough  about what I was trying to do to donate. And then there were the people I know who stepped up to the plate. I am grateful to you all. It doesn’t matter if you gave one coat or twenty, every single one mattered – a lot.

There are people who gave a coat or a check, I know often have a hard time making ends meet themselves.  I bow to you.

I want to thank ~

Paul Williams for really pushing us over the top!

Now, If I have forgotten anyone please write your name in comments. I tried to get everyone but I do forget and I am sure I left someone out and I want everyone who gave to get credit.

This goal was accomplished thanks to the massive generosity of  these 20 people.  Not a lot.  But that does not matter.  We did it!.

And there are people who wrote in and told me they had either already given their coats to New York Cares or their local church, temple or shelter. And some people who lived very far away I told to give locally. It’s the giving, it doesn’t matter where. A cold person is a cold person be they here in New York or in Toronto. The goal is to help make their lives a bit more bearable.

It is in  giving that we find the best parts of ourselves.

So all of you who gave, I thank you from the bottom of my heart and I will never forget that you did this.

Those of you who gave locally or before I sent out the plea – I commend you.

Thanks to the generosity of the 20 people above 220 New Yorkers will have a warmer winter.

It’s nasty out there.