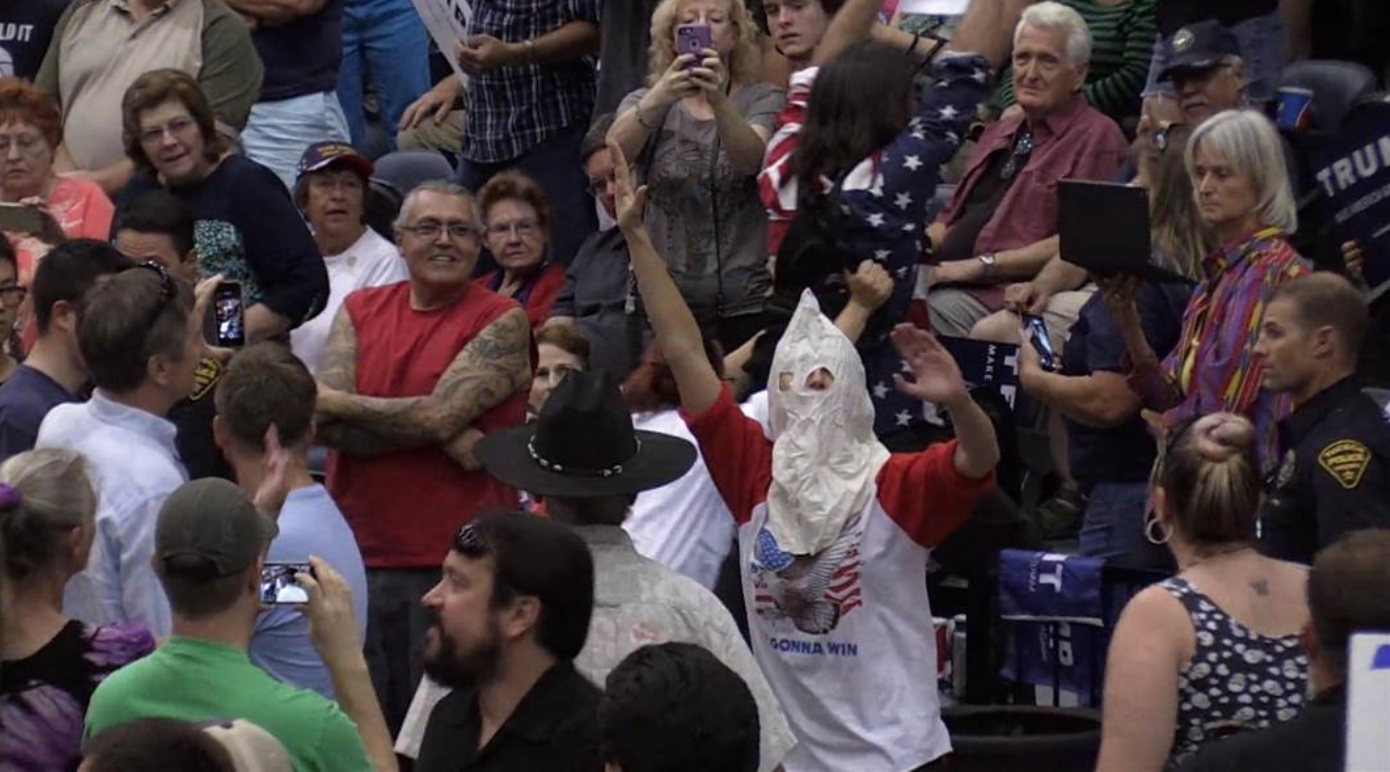 I was going to write something uplifting today.  But I’ve spent much of it both fending off hateful emails from some people, (mostly from people over at Gratitude and Trust) which oddly did not surprise me in the least. I was pretty much expecting it. But when you write on the ledge you have to be prepared to be blown around.

The response to this week’s blogging runs the gambit from people who feel someone is hearing them and mirroring back their feelings and fears, to people who tell me to shut up and worse.

There are ways to say things and ways not to say things. One of the endless issues  I have with Donald Trump and his band of frightening Trumponians is they have unleashed such hatred in this country. It’s quite shocking.  He started it with denigrating Mexicans, from migrants to Judges and he took on most everyone else from there. And in doing so he gave license to his fan base to follow suit.

His rallies often sounded like World Wide Wrestling matches. He told people from the get go that if they punched people in the face he would pay their legal bills.

This is just what we need – free license for abhorrent behavior.

And we now see it in the hundreds of hate crimes being perpetrated across the country.

It’s truly got a Nazi like glow to it and that is terrifying.

And now I find people I considered to be quite civil are behaving in the same tyrannical  manor.

And the most common question I get, the most repeated concern and lament from others  is – “There are so many people who are no longer my friends.”

I took a stab at  advice today to try and help people deal with that. To look for the good, to try and deflect, reflect and give things time. But you know with some people it is just impossible.

This is still a free country and we are all entitled to our opinions, our fears, our victories and our terror.

We are given the right to vote. Because of the antiquated Electoral College (that was put in place to keep blacks from not being counted) Donald Trump is the president elect.  But if we had the same system as the rest of the democratic world, it would be by popular vote and Hilary Clinton would be our president elect.

But, to the point, while I share my views, and my feelings which I am one hundred percent entitled to, I do not tell others they are morons for voting the way they did or worse that their feelings are stupid.

I don’t try and change minds or tell people they are idiots. I may not agree with their point of view, but I don’t verbally beat up on people.

And I have tried to be civil to several people who have been battering me and telling me I’m a fool. And after a few times I go “fuck you.”  It’s over.  I will not be bullied.

If you want to talk to people and hear them then you ask questions. You don’t assault them.  If you don’t agree, fine, but  you don’t need to attack.

I have a friend who is a staunch Trump supporter. He lives in the mid-west. He is that swath of the voting population that Trump got big time. He is a Vet who has done two tours of duty. He is as for Trump as I am against him.

But he and I have been having calm conversations all week.

In fact, today, I was going to post a letter he wrote me explaining his position. Eloquent, well thought out and makes sense.

It told me a lot. It did not change my mind. But he spoke and I heard him.

I wrote him an email and said, “I see how much you love him and you know how much I don’t.” Please tell me what it is you see I don’t. What is it you hear that I don’t?  And he told me.

It can be done. But if you behave like an asshole, expect to be treated like one.

And that is what I have to say today. Tomorrow I will post his letter.