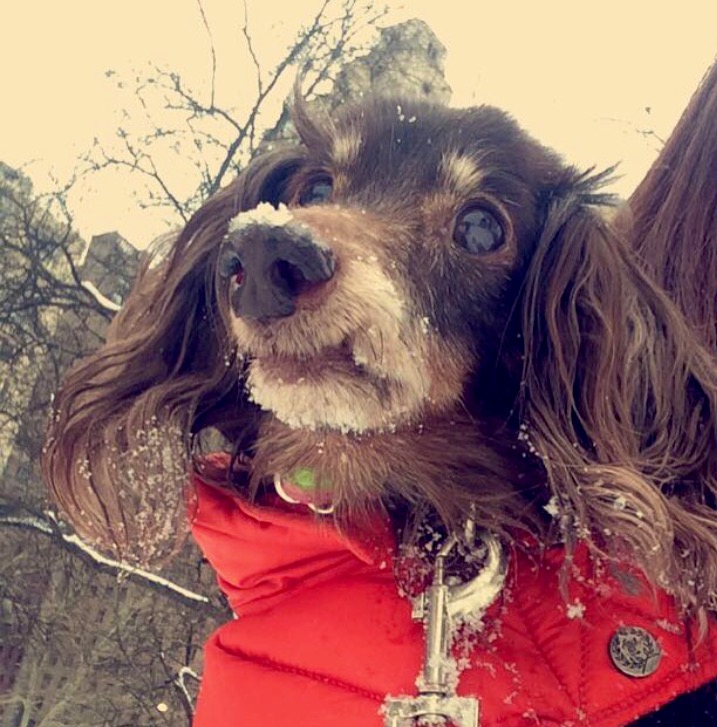 I write this from an airplane headed back to the city where I live, to an apartment where for the last seventeen years there was always one thing I could count on when I walked through the door, Sofie Horowitz would be there to greet me.

My husband is often there, but sometimes he is out living his life.  My children come and go, yet always return. But for 17 years there has always been Sofie, tail wagging, rolling on her back, happy to see me, doggy clueless as to how long I’ve been away. And never, ever asking me what I brought her for a gift.

In five hours I will walk in the door and that will no longer be the case.  Sofie died unexpectedly yesterday at the age of seventeen and half. I know, I know, that makes her well over a hundred. But as recently as two days ago she was roaming around, begging for cookies, eating her dinner, sleeping on her beloved towel.  She was living her Sofie life and in the so many ways we took for granted. Because, well, Sofie was just always there.

We have two other dogs, they are loved just as much, but in the creation of our family, Sofie got there first.

Eighteen years ago I left my first husband, took my six-year old daughter and two other dogs (both of whom are now gone) and started a new family with Glenn.

Sofie was the first new member of that family. She was the dog that belonged to all of us; the others were deeply loved, but they were remnants of a former life. They had been chosen by another family.   Sofie represented a new start, a new chance, a new group of people joining their lives to make a new family and future. In many ways she was the the mascot of the that mid-life endeavor to prove I could start anew.

I bought Sofie on a whim one Valentine’s Day for Taylor.  The reason we picked her out was because she was the same chocolate brown color as the coat Taylor was wearing.  And she did that puppy thing and looked into Taylor’s eyes and said take me home. And boy am I a sucker for that move.

Glenn was out of town on business for the afternoon.  When he returned there was three pounds of bouncing baby girl dachshund waiting for him.  He was surprised but not angry.  He would soon get used to me returning home with unplanned doggie purchases.

Sofie was Taylor’s dog at the start.  Part of my logic outside of the coat, fur matching color scheme, was it would show her we really were a family.   We had a new member and she would have something of her own to love. Choices for her future had been thrust upon her, now there was a solid choice she had made for there present and her future.    Sofie was the perfect thing to help Taylor move from one life to another. Sofie represented the new life. “Look Taylor we are a family!”  And indeed we were and are.

A year would pass before we had Lucy, really making us a family. Lucy at sixteen has never known a world without Sofie.   Lucy was born into a family where Sofie was the alpha dog.

I had an ancient Japanese Chin named Sumo Wrestler who I mourn to this day, but he died when Lucy was three and his last years were spent in elegant repose with a paralyzed tongue his most distinguishing characteristic . She barely remembers him.  But Sofie was there to greet her when she came home from the hospital. Sumo was over his greeting days by then. Sofie was the fun one. The one she sledded with, horsed around with, dressed up in her doll’s clothes. And nothing was more fun than watching Sopie fearlessly walk into a snow bank, disappear and come out the other side, a walking snow dog.  Sofie was really something.

Sumo’s spot was eventually filled by my French Bulldog Ramu.  And then one day 10 years ago I impulsively bought Taylor a Chihuahua named Lola Falana.  That was not a color coordinated purchase.  I just thought WTF.

At that point Sofie had totally become Lucy’s dog. And Lola became Sofie’s as Sofie thought of Lola as her baby. Taylor eventually moved on to boys. Though she now claims Lola as hers again.

It’s funny the way families branch off.  But truth is all 7 of us were the family. And all the dogs belong to each of us in different ways.  They all fill a unique spot in our individual hearts.

Sofie was by far the most loving, the easiest, the perkiest.  Sure, she got older, but she never lost her puppy quality.  Ramu was born an old man, and he can be annoying, he howls, is badly trained, suffers from anxiety disorder and is way over bred.  Though when he goes, I will likely take to bed for a month.   Lola can be scrappy and mean at times, she only kisses the girls, which kind of hurts my feelings.  But Sofie was all big brown eyes and love in a body that fluctuated over the years from 13 pounds at her peak, to 3 ½ pounds, the weight she arrived to us at and the weight she exited the world at.

I’ve been on the planet for going on 58 years and I’ve never lived without a dog, usually two to three.  Mine have all lived to be over 15. In fact, the vet told Glenn and Taylor last night Sofie was the oldest dachshund he had ever cared for.

But Lucy always said she would live forever and while I knew that wasn’t true, I didn’t think she was in a hurry to go anywhere.

We don’t actually know what happened. Lucy and I were in California. Glenn says Thursday she didn’t eat much, by Friday she was sick, by Friday night she was gone.

Anybody who knows our family knows Sofie. To know her was to love her. At parties she snuggled up against the best of them. Somebody wrote in last night, “she met so many amazing people.”

She was docile and very loving, but had that fiery German “I was bred to eat gophers” mentality that became apparent on walks when she came across another dog and attacked it.  Our friend Bob Morris said she bit him at a dinner party. He then went out and bought a dog just like her only in black. She had that affect on people.

She slept on a towel for the last two years. We have no idea  why.  She had a big comfy bed she shared during the day with the other two.  But at night she trotted off to her towel.

I know we gave her a great life. One family, five humans, (us and our beloved Lynney who takes care of us all) and her two canine siblings. She only ate people food that Lynney made for her, turkey, vegetables and brown rice. She was literally never sick a day in her life. In 17 years outside of her annual check ups I never took her to the vet.  In fact the vet who took care of her last night told Glenn “she won.” I guess we should all have it as easy as Sofie. Though that doesn’t make it hurt any less.

We could have kept her going a few days.  But for what?   So, we let her go with the same dignity and ease she lived her long, happy life. Taylor held her as she went from this world to the next. Held her with the same devotion she did that first day in the pet shop almost two decades ago.

We are all heartbroken. We will never forget her. In many ways she will always be one of the most important parts of our family history.

Good-bye sweet Pofe. Thank you for all the love.  You were as great a doggie as I have ever had and I will miss you with all my heart. 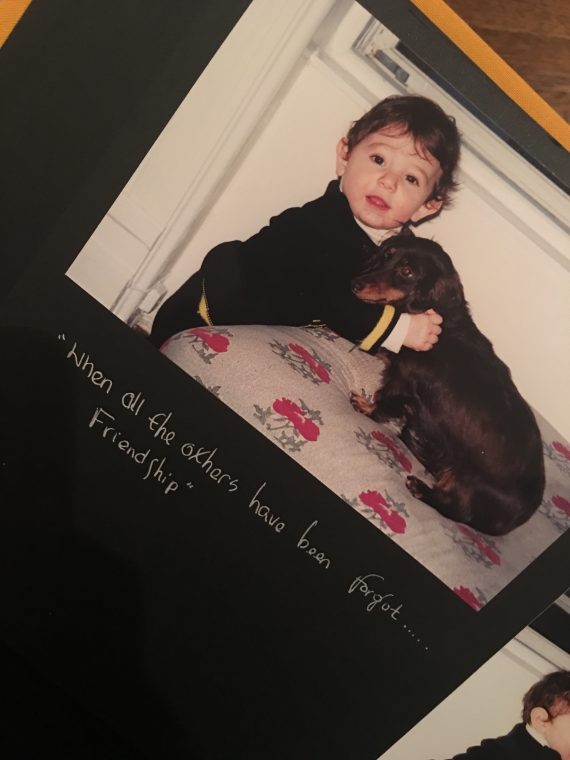 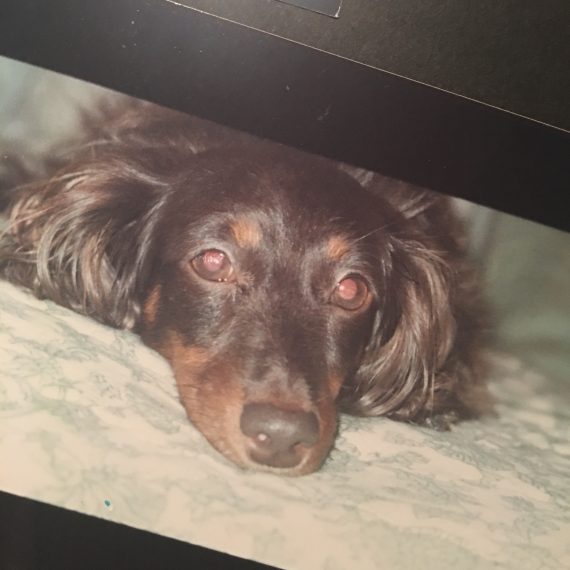