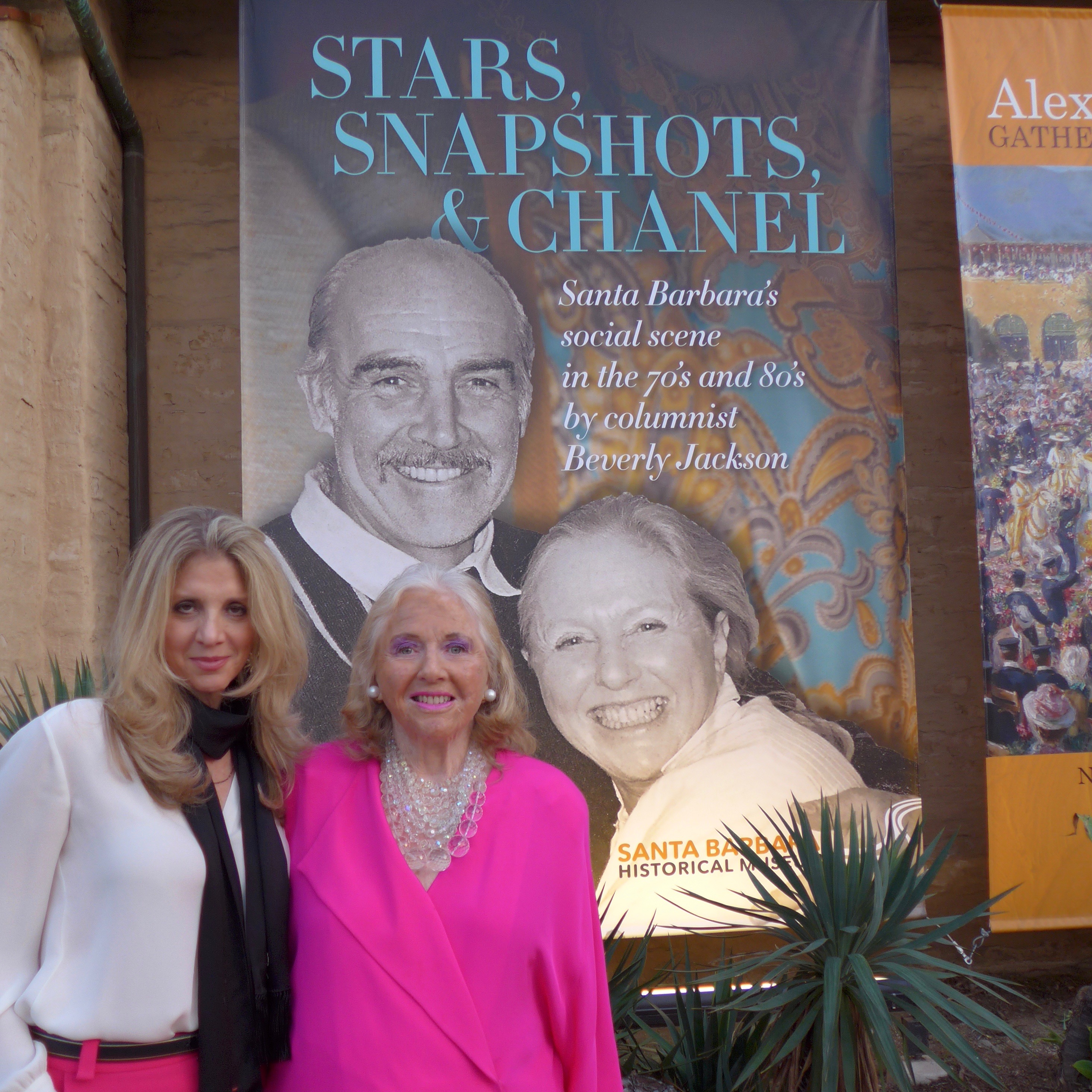 The Santa Barbara Historical Society has mounted a show in honor of my mother, Beverley Jackson. It’s not your average show.  It’s part fashion retrospective, part photo journalism to show the vibrancy of Santa Barbara in the 70’s and 80’s and  it’s part sociological study through my mother’s perspective  during her long career as a columnist and active member of – I guess you would say – Santa Barbara society.

The museum has done a wonderful job braiding the photos, the clothing, video footage and biographies of the colorful characters who inhabited and visited Santa Barbara during those decades.  It  really gives one a sense of what it was like to live there during that period.

For me it was like stepping into a time machine. I remembered the dresses, the events and the people. You walk in and there they all are, almost living and breathing again inside the Historical Society.

There is a video of my mother recounting some of the more interesting stories from the decades. It plays on a loop in the middle of the exhibition.

It was an interesting thing to see.  Many years of work and passions all coming together to capture a very special time and place.

Kudos also must go to the people who put the show together they have done an amazing job. Erin Graffey  curated the show.

The show is up until June if you happen to find yourself in Santa Barbara.

If not, here are a few of the highlights. 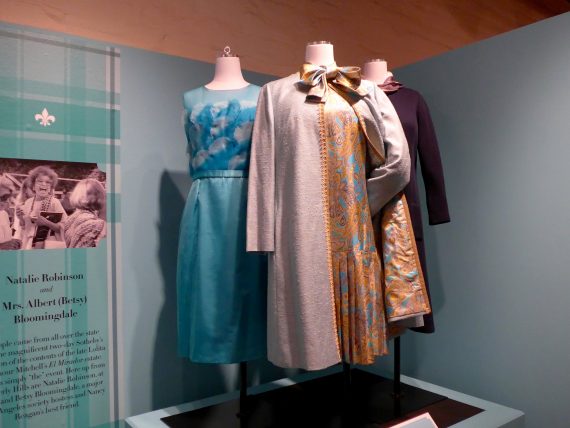