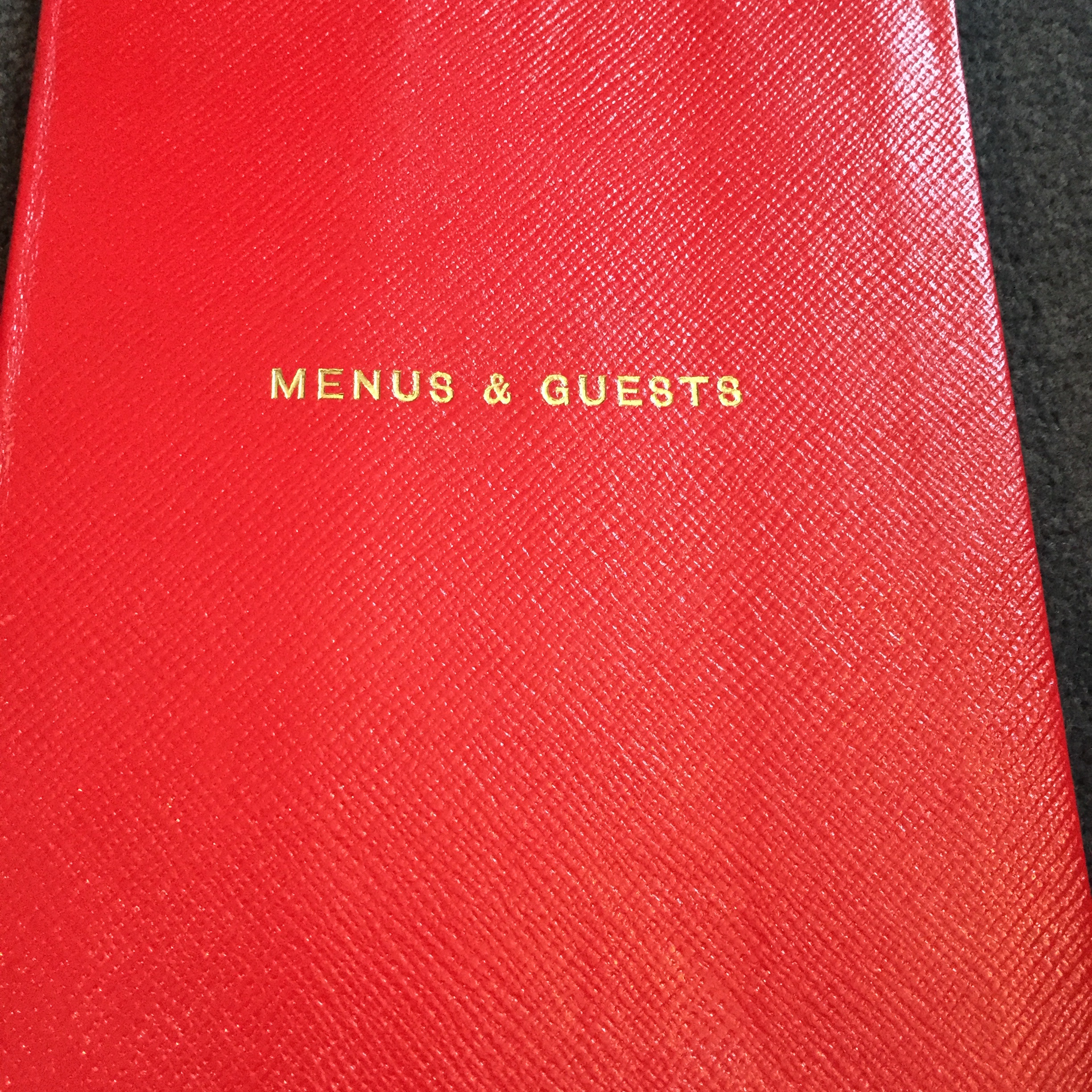 BRINGING BACK THE DINNER PARTY

This week I took 40 plus years of journals out of storage and put them in my office. While going through them I found a book called Menus & Guests. A red Smythson leather, filled with the details from every party I gave from 1977 through 1987.

Now perhaps maybe I went to more dinner parties because I gave more.  There is a chance people don’t find us appealing to have around anymore.  But I think people just don’t toss  dinner parties like they used to.

Social life seems to be focused more around benefits or big occasions.  But the six to eight friends around the table sharing an evening at home is not as common as it once was.

When I was growing up my mother always gave dinner parties and she taught me how give them.  So once I was on my own, I was up and throwing parties.

Pre- Facebook and email it was how you actually got to know people.  You would meet someone and then get their info and invite them to dinner.

I miss this form of social interaction. So I made a commitment to having small groups in for dinner on Saturday nights.

The main secret  to giving a good dinner party is – don’t over think it.  For awhile if I was going to have people in I felt I had to have it catered and make a big deal.  I’m back to doing it myself.  I have my housekeeper come in to help me with the dishes and the prep so I don’t spend the whole evening shuttling back and forth between the kitchen and the guests. I want to have a good time too.

I’m also in this seventies frame of mind. Me and everyone else.  But I’m into 70’s furniture, 70’s clothes and  70’s food. I went back to my old cookbooks and started making things I used to make back in the 70’s. The good old days when every body ate meat, butter and gluten.

So, think about it. Are there some old friends you haven’t seen in awhile?  Are there some new ones you want to get to know better?  Invite them over,  mix em up and maybe even slip them some gluten.  They will have fun and so will you.

RULES FOR A SIMPLE EVENING AT HOME AKA A DINNER PARTY

ENJOY YOURSELF!  You’re not out to impress, you’re out to connect. People don’t even mind chipping in and taking dishes to the kitchen.

The following recipe is the one I remember my mother always making for her guests when I was a little girl. At 87 she still gives dinners. But this one I always got a big kick out of. I thought it was so glam. I’m gong to make it at my next dinner. She served it with asparagus and wild rice. It’s totally 70’s.

Place chicken in shallow roast pan skin side up. Season and dribble with butter. Broil under medium flame until brown. Combine remaining ingredients except Sherry and cherries.

Mix thoroughly.  Pour over chicken. Wrap pan in aluminum foil. Bake an hour in a 325 degree oven. Add Sherry and cherries and remove foil last 15 min of roasting time. To serve pour sauce over all.