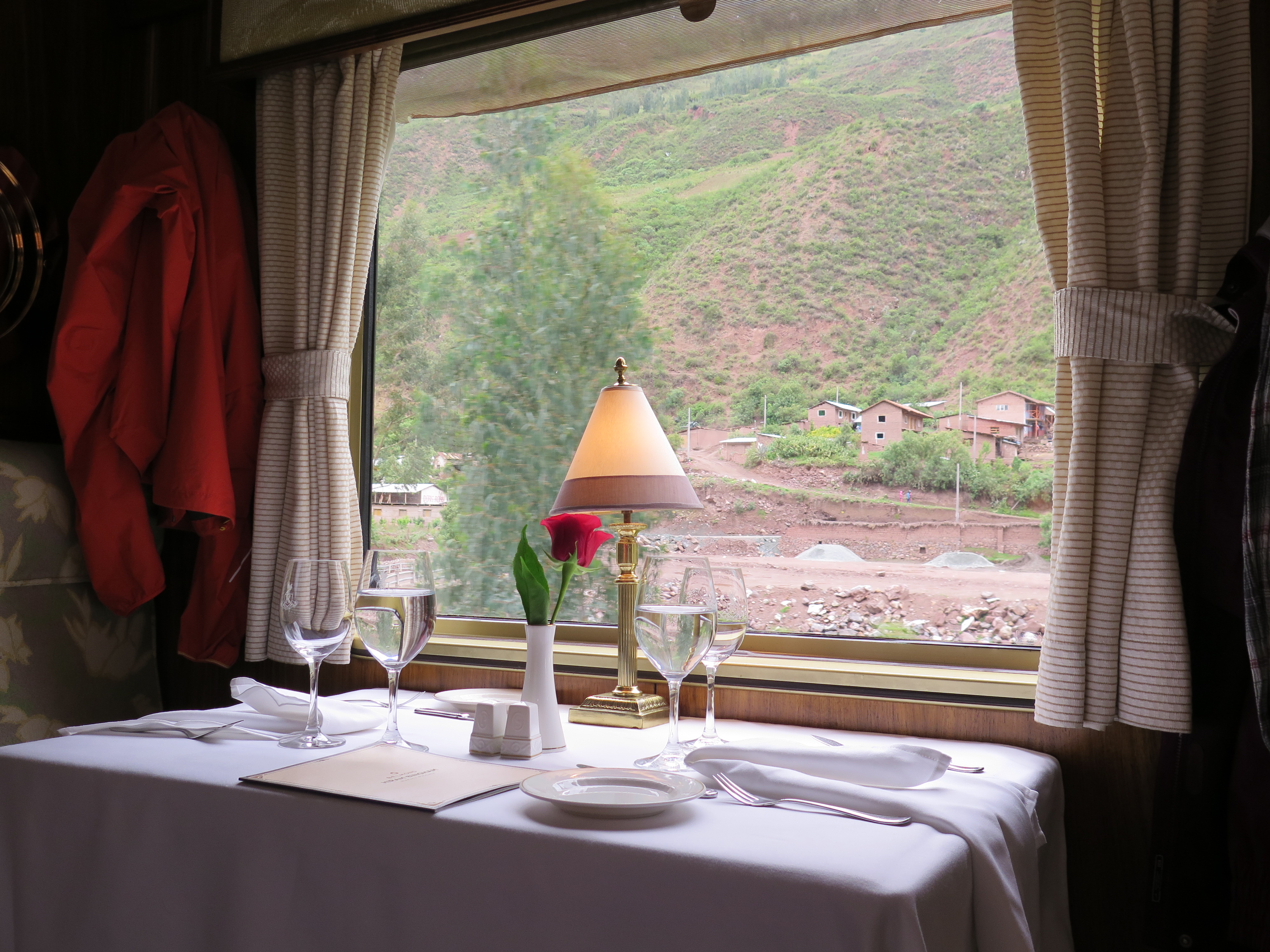 THE JOURNEY TO MACHU PICCHU

There are many ways to get to Machu Picchu.  You can hike in on the 30 mile Inca Trail, which is a path that runs through the mountains, valleys and forests. It takes four days.  You stay in three camps.  You cross rivers and well, I’m sure for those inclined to take part in such adventures it is life changing. There is not enough bug spray in the world to get me to do it.

Of course you have to get to the Inca Trail first and you can do that by train or bus. Machu Picchu is literally in the middle of nowhere.

Since the early 80’s there has been a very snazzy train called The Hiram Bingham, that follows the route taken by Hiram Bingham when he trekked into Machu Picchu to discover it. It was first owned by Simon Sherwood of the Orient Express Group and is now owned by the Belmond Hotel Group.

It’s a very posh way to get to Machu Picchu. Nothing could be further from trekking in than taking the Hiram Bingham. Unless Hiram Bingham had had someone serving him hot croissants, champagne, filet mignon on china and a band playing disco hits for his amusement.

But when you talk to a certain group of people about going to Machu Picchu they always say they have taken the Hiram Bingham.

The book the train gives out to the passengers  claims they offer what for many is “the best travel experience in the world.” I would beg to differ.

It’s all very fancy in that let’s recreate the Colonial travel experience way. Not really my thing. Plus it’s full of people from the States getting potted on free Pisco Sours at 9 am. There is a band playing when you take off from the station and many are already  so drunk they are singing and wearing silly hats swiped from the entertainers not to mention they are singing along to Peruvian songs they don’t even  know. Having fun yet? They have cleverly figured out if you get people drunk enough most people will stand up and sing and often do the hand movements to YMCA – even on a moving train.

We took the Peru Rail train back and I swear we  loved it so much more. Lucy just chimed in she preferred Hiram Bingham.

First off the cars are all glass so you are really part of the landscape.  And the scenery is the thing. Anyone who can afford a Hiram Bingham ticket has eaten many a decent steak in their life. So they don’t really need one en route to Machu Picchu.

On the Peru Rail there are skylights so the mountains loom above you, which is so much a part of the magic of the journey.   The seats are actually more comfortable. And it’s the same route. Trust me when it comes to getting to Machu Picchu in terms of roadways and railways there are not many options.

And it’s literally a quarter the price. The price of the Hiram Bingham would be fine if it made the experience that much better, but for me, the opulence of it tended to take away from it. I’m not complaining and it was a memorable journey; but not because of the over priced train, because of the landscape.

If you are planning to go to Machu Picchu look into Peru Rail.  All the trains stop at the same station and you have to take a bus up to the top of the mountain. So it becomes egalitarian again at some point anyway.

Unless of course you want to hike in like the Incas and Hiram Bingham and in that case God Bless You. 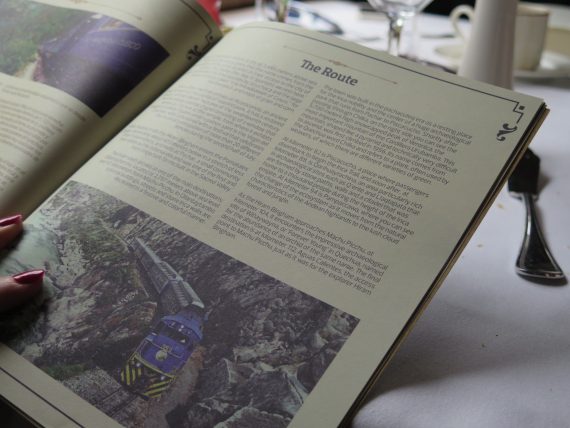 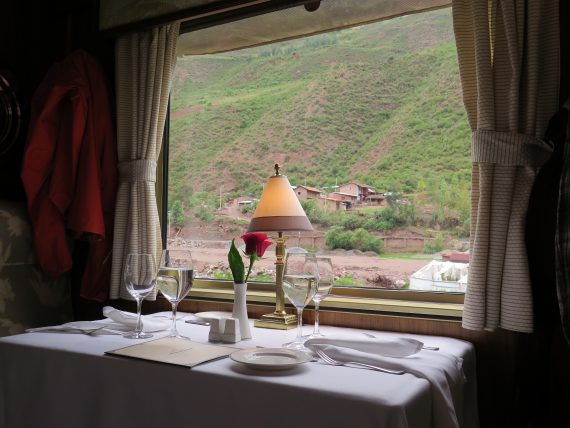 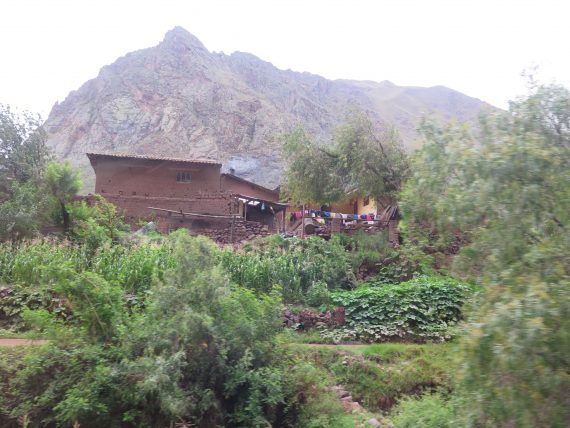 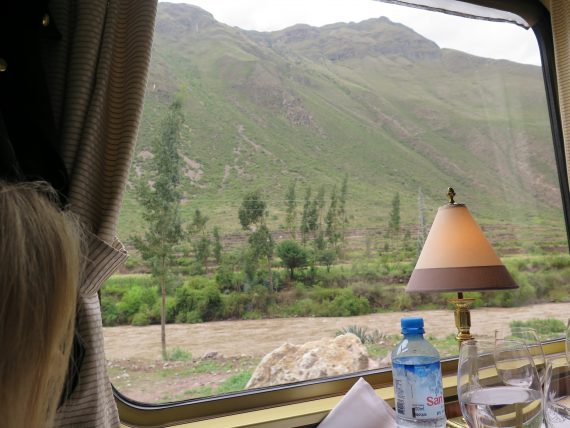 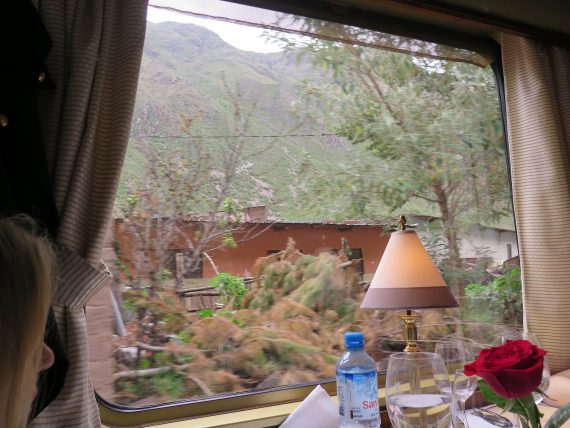 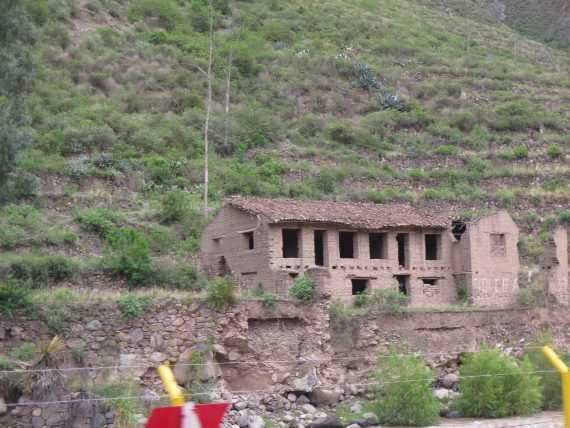 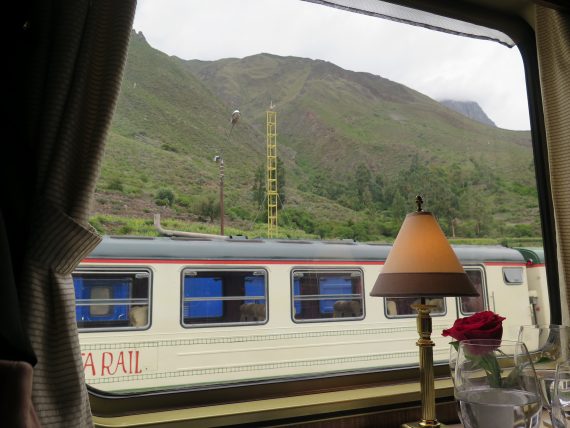 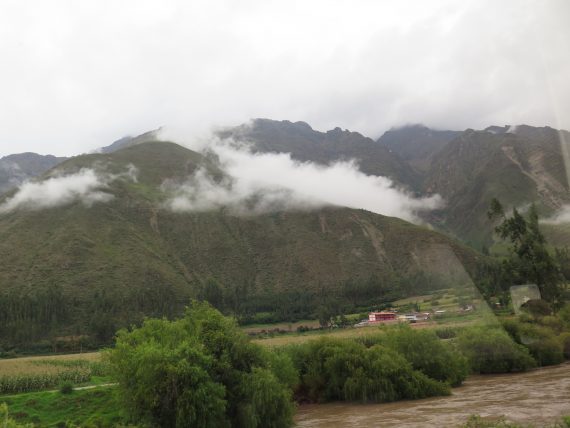 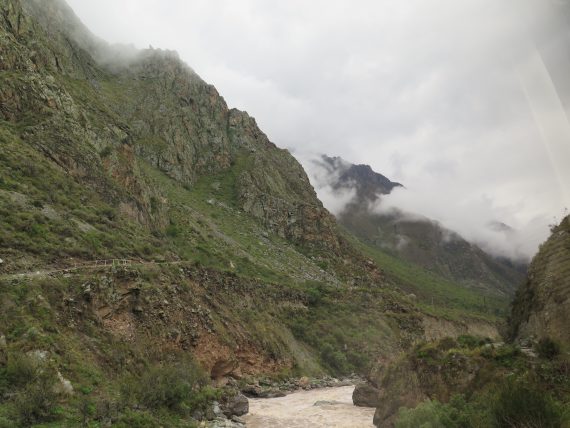 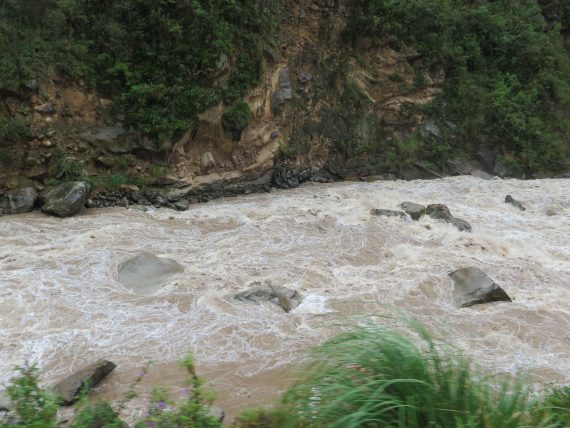 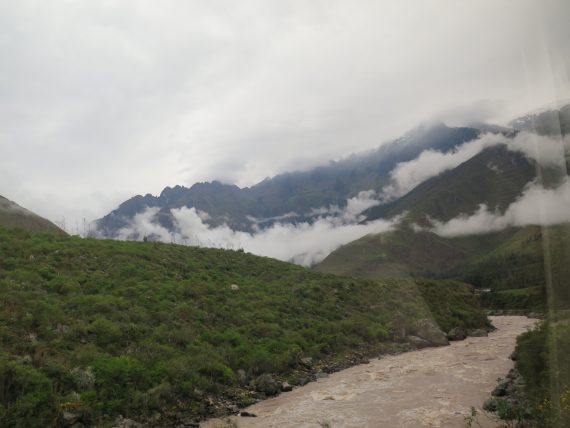 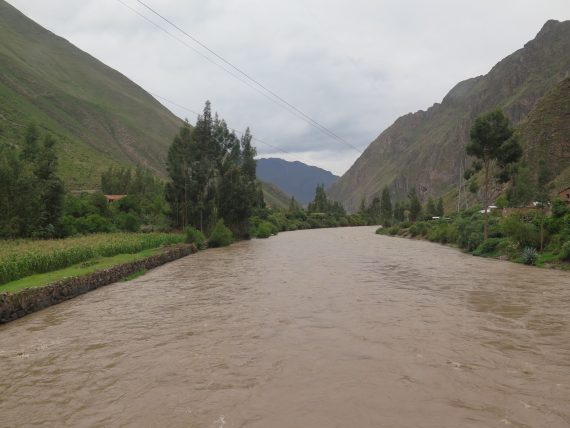 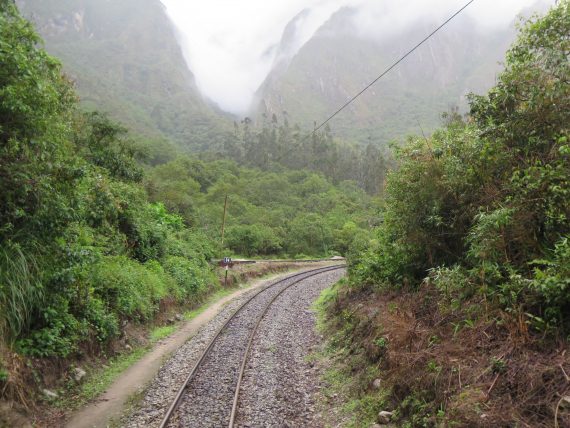