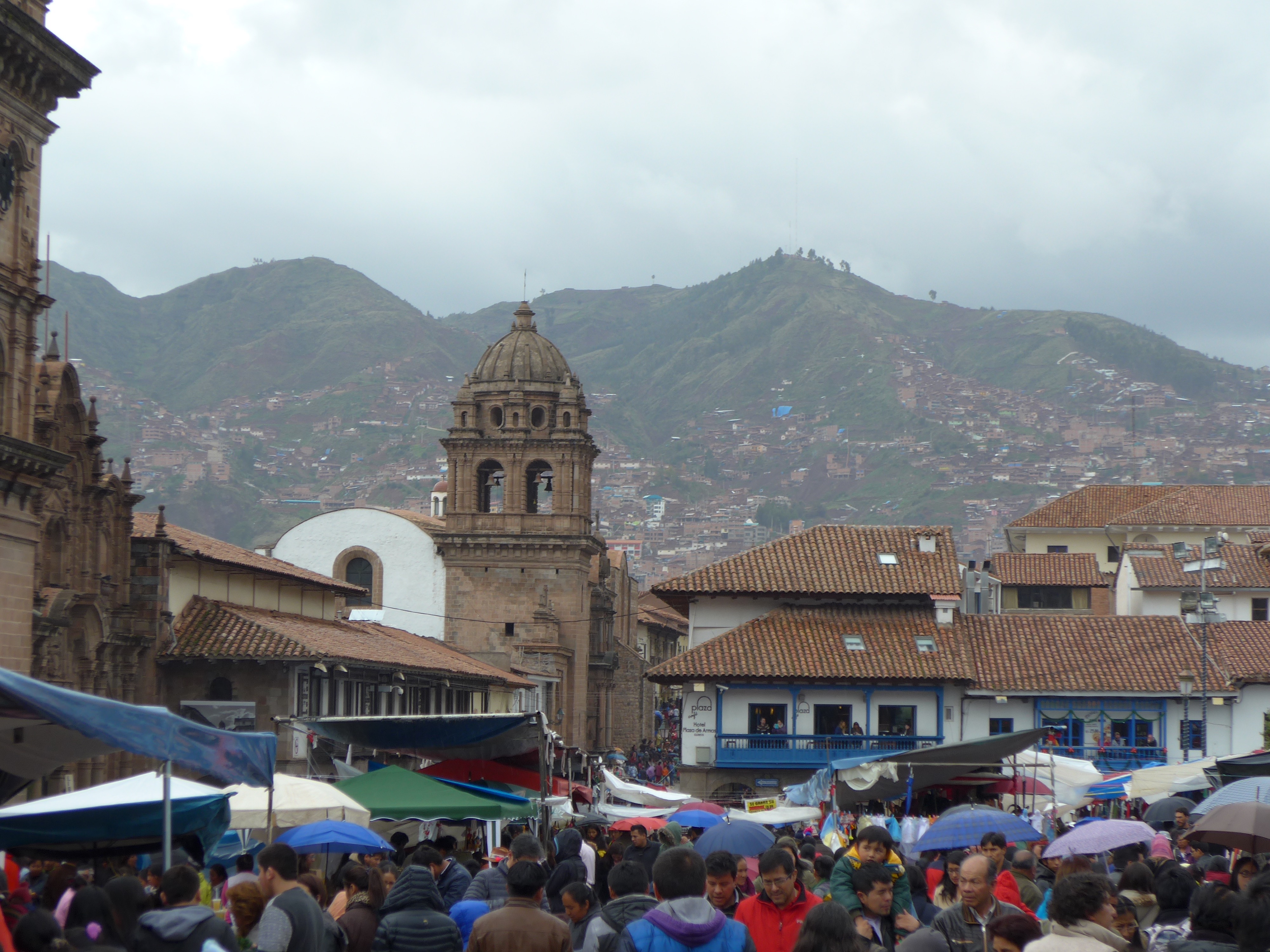 I can’t imagine a better day to arrive in Cusco than on Christmas Eve. We dropped our bags at the hotel.  Then we gulped down a cup of the  tea that helps you fight off any altitude sickness.  This is high, high, high. Despite being on pills we got in the states, my toes and fingers were tingling the first day. Every now and then you get a bit of a headache, but considering we are not used to it, we are doing OK.

So we just headed down the hill, not having a clue as to what would greet us and there was the Christmas Market. Cusco is the third largest city in Peru and it is certainly the biggest in the Andes. It is home to five hundred thousand people. But the mountains that surround it are home to many, many more.  And Christmas is a time when they trek down with wares to sell, and the hopes of some big city celebration in the form of attending Mass, shooting off fireworks and I guess just getting out of Dodge.

So the main Square was wall to wall bodies, it was kids, families, young lovers and women, scores of women. Or at least that is what I picked up on. Perhaps it is their colorful, traditional native dress, the big sarapes with the babies slung over their shoulders that caught my eye. Maybe it’s that they are often the ones working, always the ones lugging the kids, and sometimes they are just sitting, hunched over exhausted by life.

It drizzles on and off here on a pretty consistent basis. They get 32 inches of rain a year. Thus the overcast skies in some photos and the women wrapped in plastic in others.

It didn’t feel like Christmas as we know it, though there was the odd Santa and many a manger scattered about. But it felt  other worldly and foreign and yet oddly familiar after so much time spent in India.  It made me smile and made me sad, but most of all it made me happy we came to this magical Incan City on Christmas. 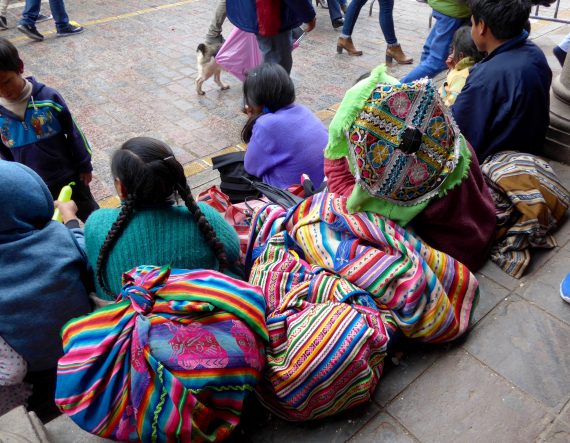 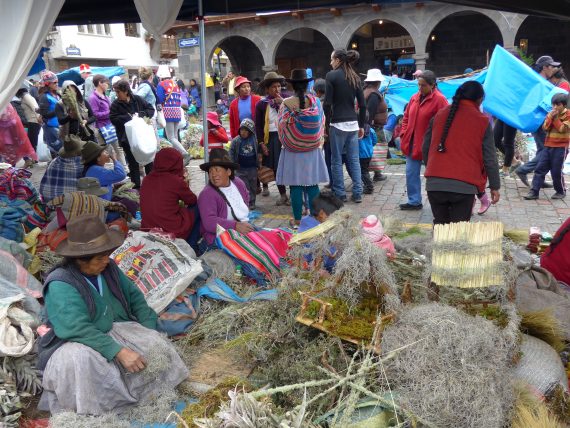 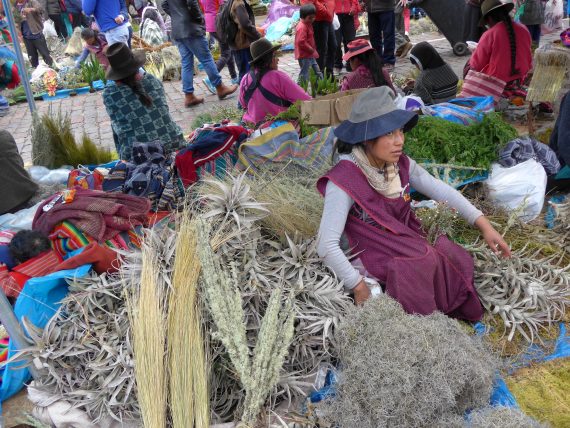 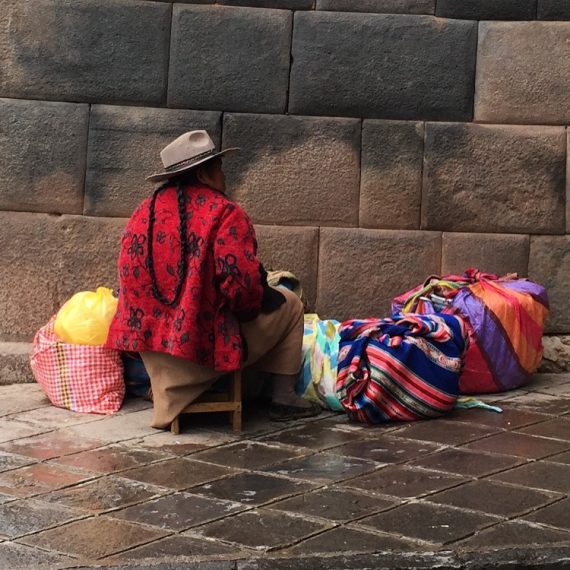 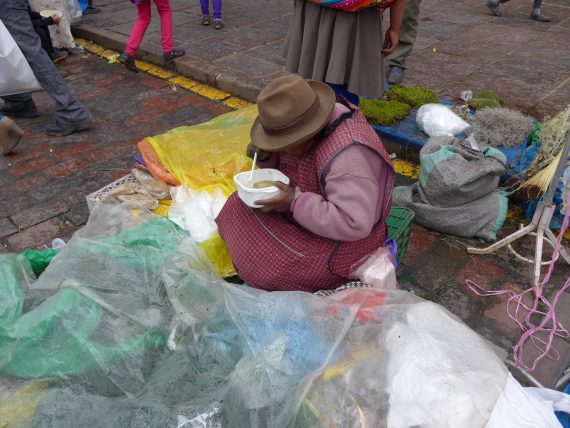 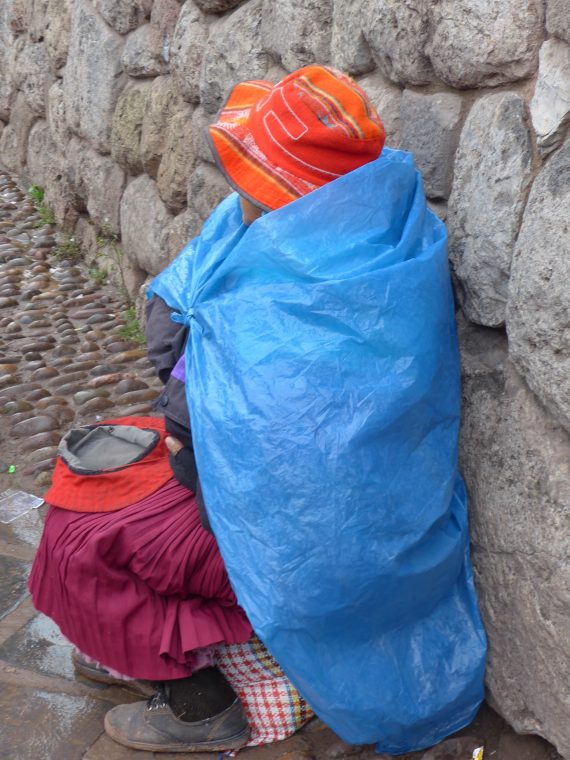 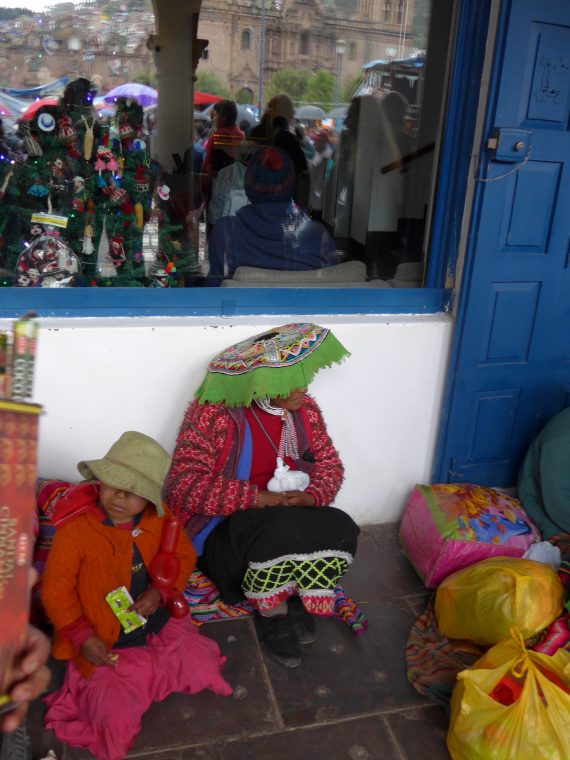 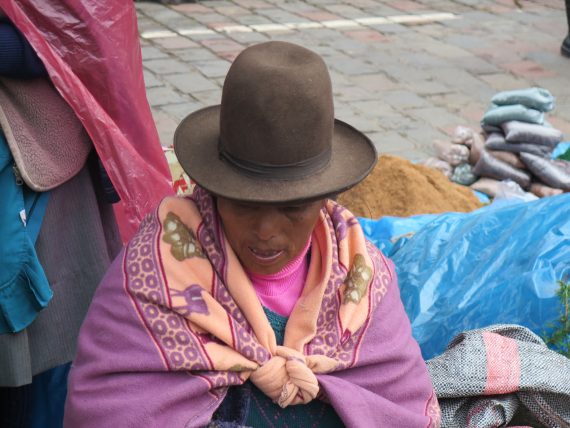 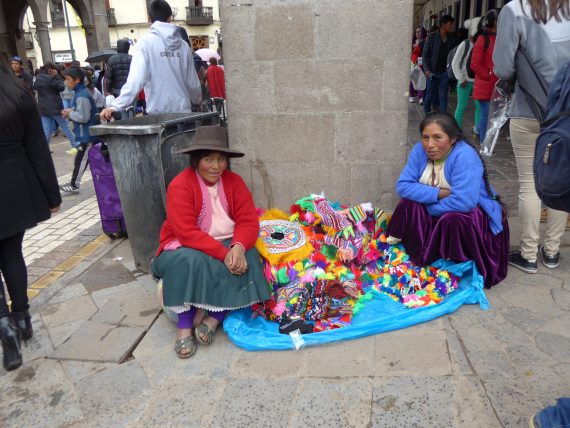 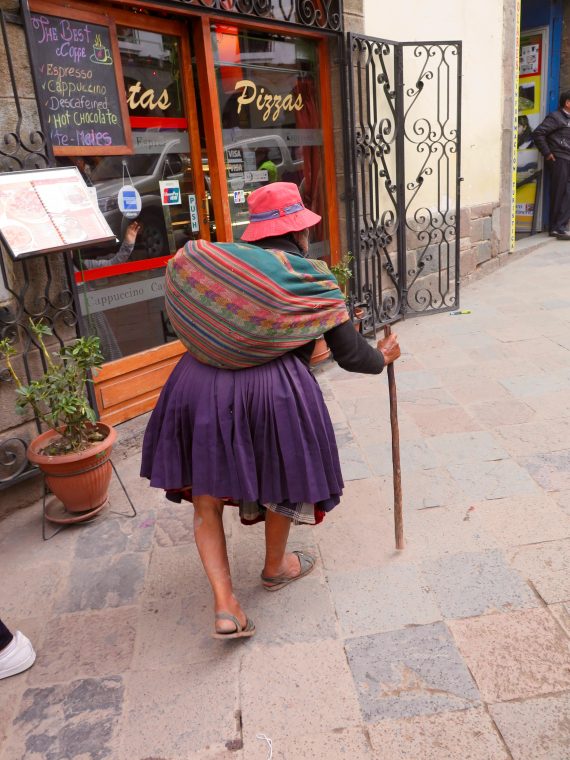 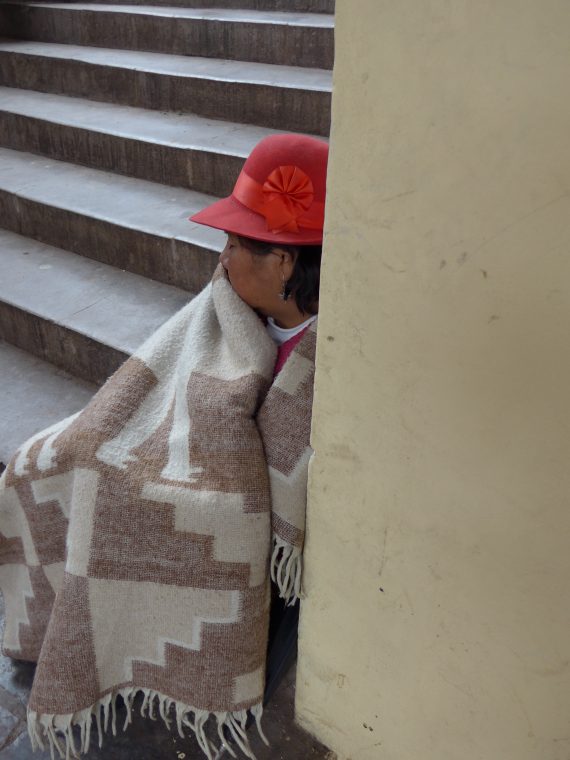 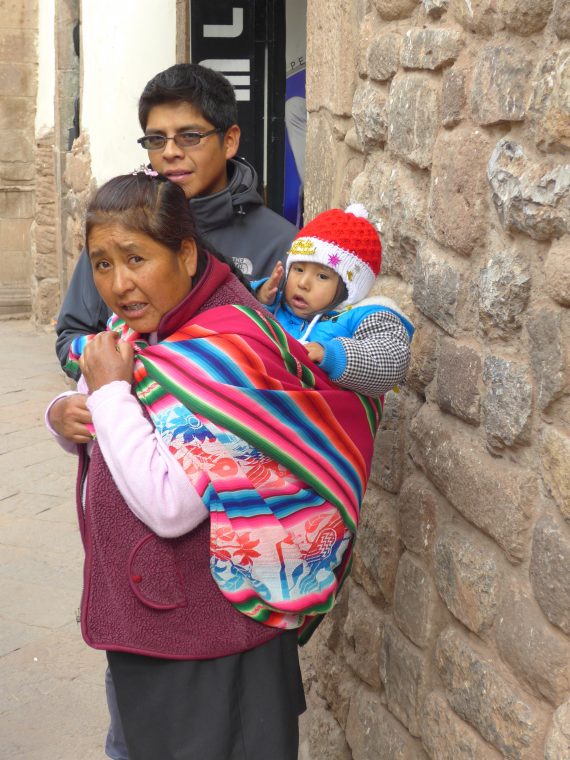 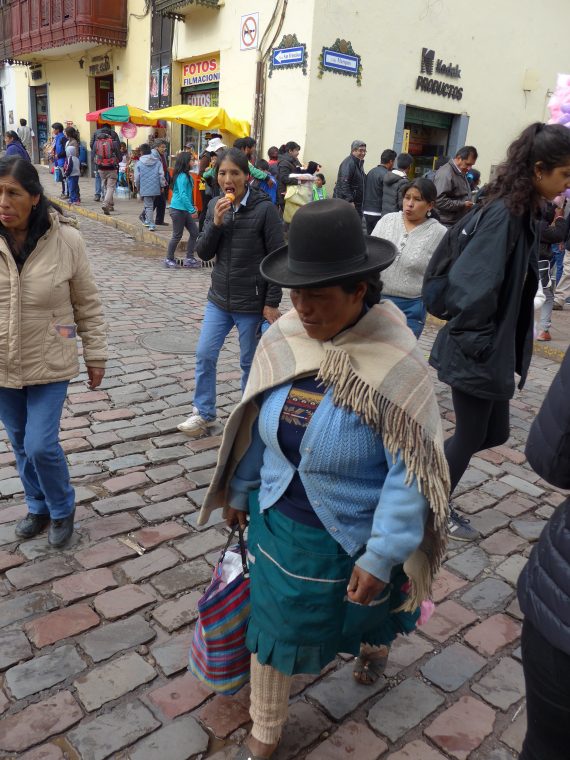 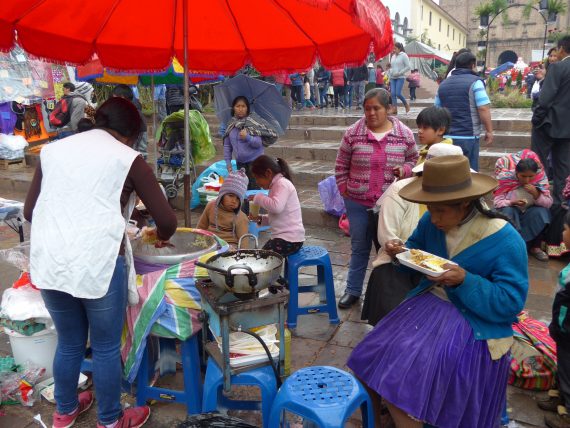 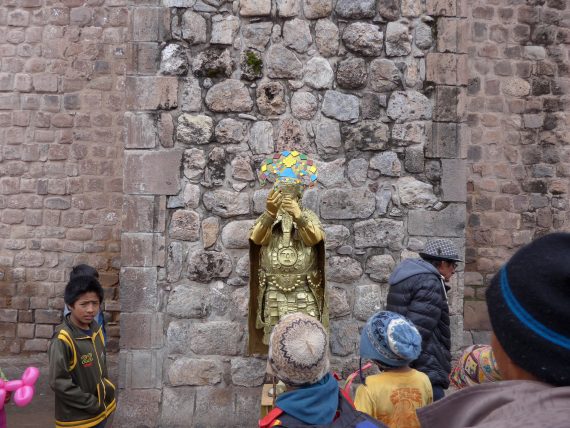 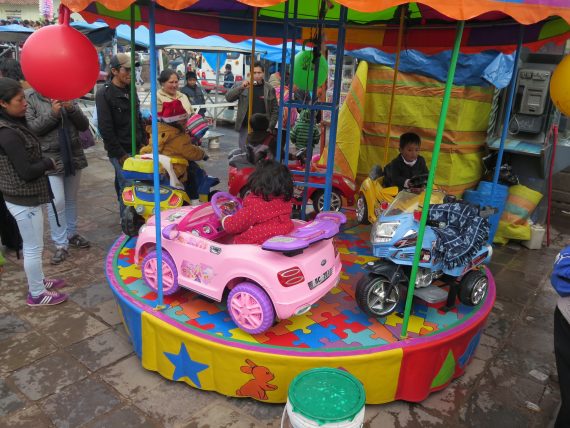 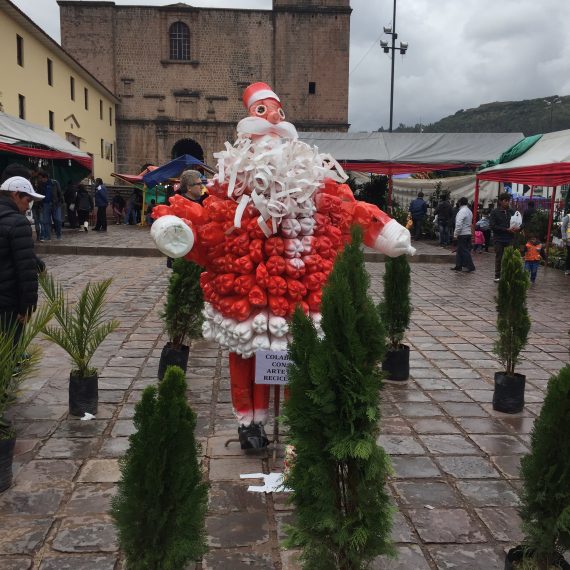 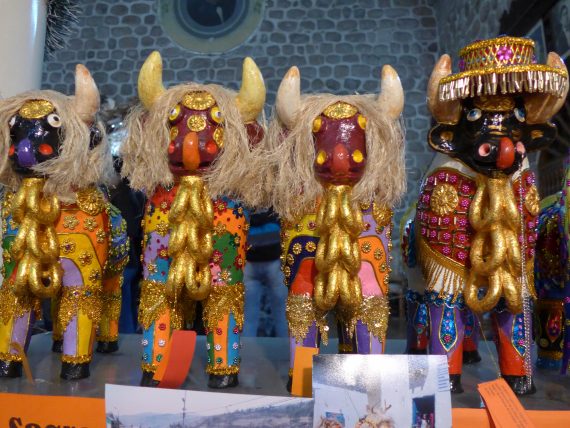 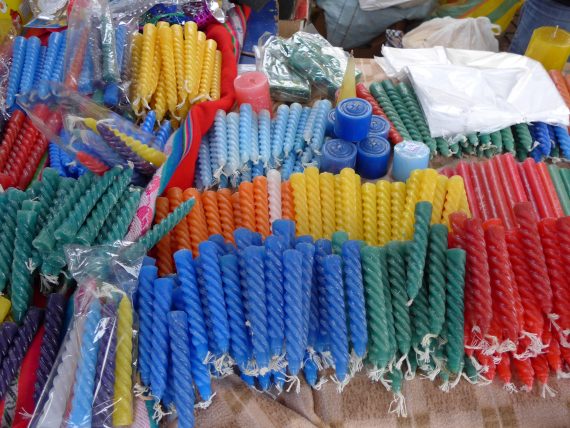 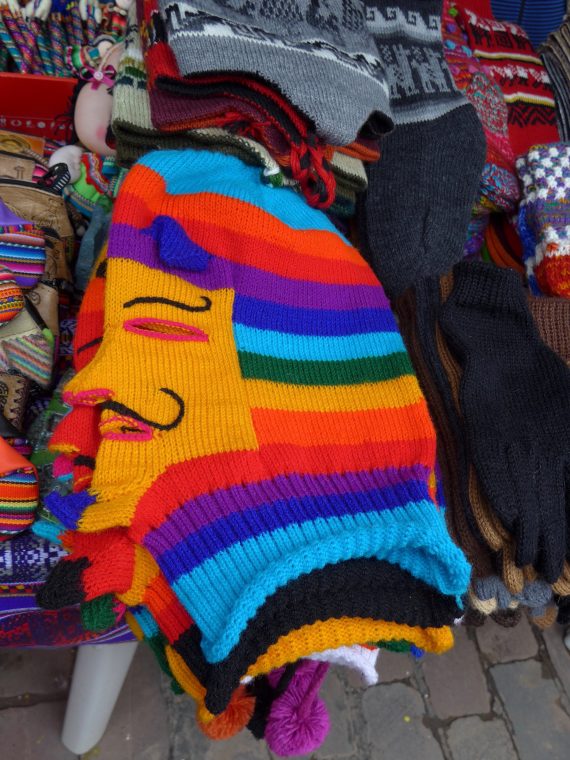 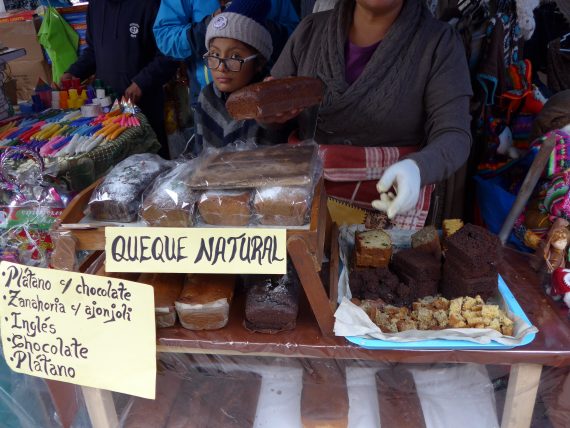 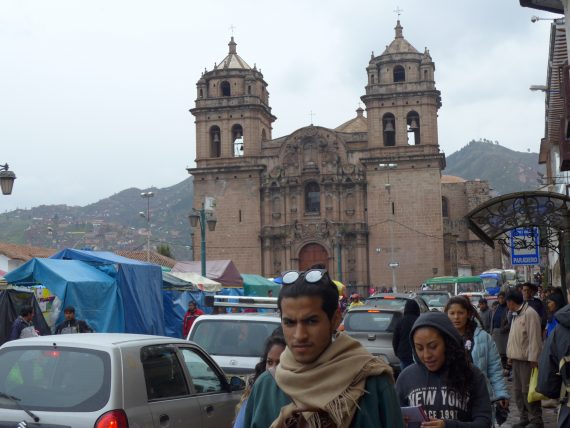