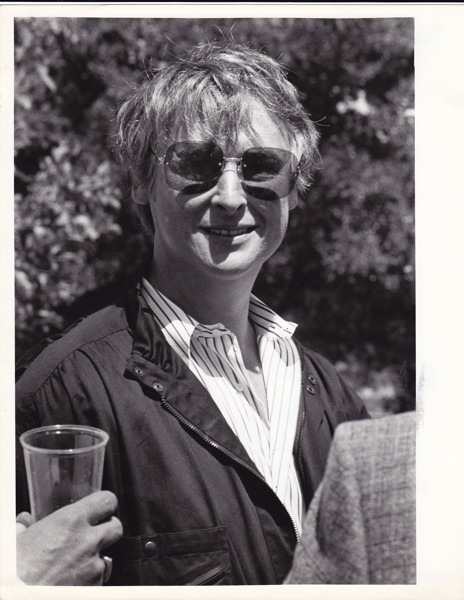 WHAT I LEARNED FROM MIKE NICHOLS

I always figured I would pick up the paper one day and see “Legendary Director Mike Nichols Dies.”

I’ve known Mike long enough, and he was almost thirty years my senior, so it was not a ghoulish thought, just practical. It wasn’t the paper where I saw it, but times being what they are, Twitter.

You can go online now and see the endless praise for his work, his legacy and the deep sadness from those whose lives he touched.

There is footage of Whoopi Goldberg breaking down on The View this morning.  Mike discovered Whoopi.  She was unknown. He stuck her Broadway. A star was born. That is the power he had. Those are the kind of risks he often took.

Mike was a legend. He created legends.

If he took an interest in you, it made you feel like the most special person on earth.  You felt with his approval you could do anything.

I met Mike Nichols when I was in my twenties. It was in Santa Barbara at his horse ranch.  At that time it was a kind of hello, how are you?  He was Mike Nichols. I was 23 and unimpressive.

Fast-forward a few years. I don’t think I was any more impressive. I was slightly lost, more than slightly. I wanted to be in actress.  I was having no luck; I was leaving LA and returning to New York for the third time to try and make something of myself.

Mike wanted to sell his horse ranch.  Buck Henry told him I knew everyone in Santa Barbara, maybe I could help.  So he called me out of the clear blue one day.

I remember exactly where I was sitting when the call came through.

“Tracey, Mike Nichols, Buck says we will get along.”

I almost dropped the phone.

It was kind of perfect timing as I was returning to NY the next week.

Sometimes you get what you need when you need it.

A friendship was born.   I didn’t ultimately help him sell his ranch. But he certainly helped me move forward in my life.   He did it by believing in me.  He just saw something most of the world was missing and the fact he saw it, allowed to me keep on believing in myself too.

He put me in his film Heartburn.  He paid attention to me. He told me I was special and talented and at that stage in my life that is what I needed most.

It was not in exchange for anything.  He was between marriages. I was between everything. It was never an affair, though I would have gone there in a heartbeat.  We did go out a few times.

He took me one night to see Hume Cronyn and Jessica Tandy. I think it was the Gin Game. He would call at the last minute, “Tracey it’s Mike. I know it’s late notice, but would you like to go to the theatre?”  Would I?

I remember sitting backstage with Mike and the Tandy/Cronyns  after the play. I remember thinking how lucky am I?

Another night, ‘Tracey, it’s Mike, can you meet over at Lorne Michaels studio, he’s giving a party for Paul Simon, there is a dinner afterwards.”

I remember calling the person I was seeing that night, and saying, got to cancel, Mike Nichols called.

Shortly after that he met Diane Sawyer, who turned out to be the love of his life. And the calls stopped coming.  He found real happiness with her. And he deserved it.

His attention and belief that I was funny and special got me through my late twenties and into the period of my life where I legimately became somebody.

I desperately wanted him to know that. I always wanted him to see me for the grown up I had become and not the needy young woman who had to get her shit together.

There is no question I transferred a whole lot of father stuff onto Mike. I know many women did.  I always wanted to tell him that. But I’m sure he was well aware.  He understood human behavior like nobody else.

It was born of the pain of his own childhood and the endless searching for why we do what we do. I always had that in me, proximity to Mike only heightened it.

When I wrote a film that launched my career. I sent it to Mike. I don’t think he read it. Then three years later Meryl Streep sent it to him. He read it, but turned it down. It was a partial victory. But not the kind I really wanted.  I had a dream that some day we would really work together.

Whenever I completed a project I would drop a copy of it off for him. See Mike, I can do it!  Funny thing, I was going to leave note and a copy of  Gratitude and Trust for him next week. I was going to tell him about being Oprah.   “Look Mike. No Hands!”

When I made my documentary Lucky Ducks I dropped a copy off at his building. I didn’t hear from him for months. Then one day I got an email.

I think that got me through another rocky patch in my career. Just knowing he thought I could turn it in.

His death saddens me in ways few have.  He meant so much to so many. Yet, the good news is he leaves such a legacy behind.

There was impishness to him, to make up for childhood lacking in a lot of child I think. There was toughness too.  But there was a deep understanding of the human condition, the fragility of it, the resilience of it, and the humor of it.

I have notebooks full of Mikeisms.

A few things I remember are.

He taught me to always watch behavior and not to pay attention to words. People say one thing while they are always doing another. It’s what they do that tells us who they are.

He taught me that to find a character’s real motives you have to know their secrets. We are all hiding something from someone: Often ourselves

He always said, either the first half of someone’s life works out or the second. You seldom get both.

Once I remember driving across Central Park with him, it was after a screening of Heartburn and the word wasn’t so good on it. He wasn’t getting the kind of praise he was accustomed to. He said, “You know, people think because I’m me I don’t need to be told I’m good, they are so wrong.  I do. Just because you make it, that doesn’t go away.”

How right he was about that.

And then I remember a story he would tell about a guy who was dying. The guy was lying in the hospital and he was drifting away, but could still hear, the conversation in the next room was family and friends. In true Mike fashion, it was one part comedy, one part tragedy and all truth.

As Mike used to say, “It goes something like this.”

Man One – How long ya think this will take? I’m hungry.

Woman One – There is a Chinese place around the corner.

Man One – We had Chinese last night.

Woman One – I’m allergic to peanuts, they put that sauce on everything.

Man One – We could just get burgers.

The point being…..we live…we die…life goes on.  You’re on your way out and everyone is already talking about their next meal.

While there is truth to that – and everyone Mike knew and touched will eat tonight, they will be thinking of him for decades to come. 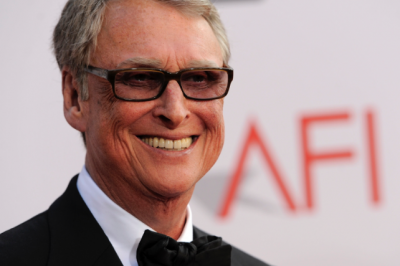