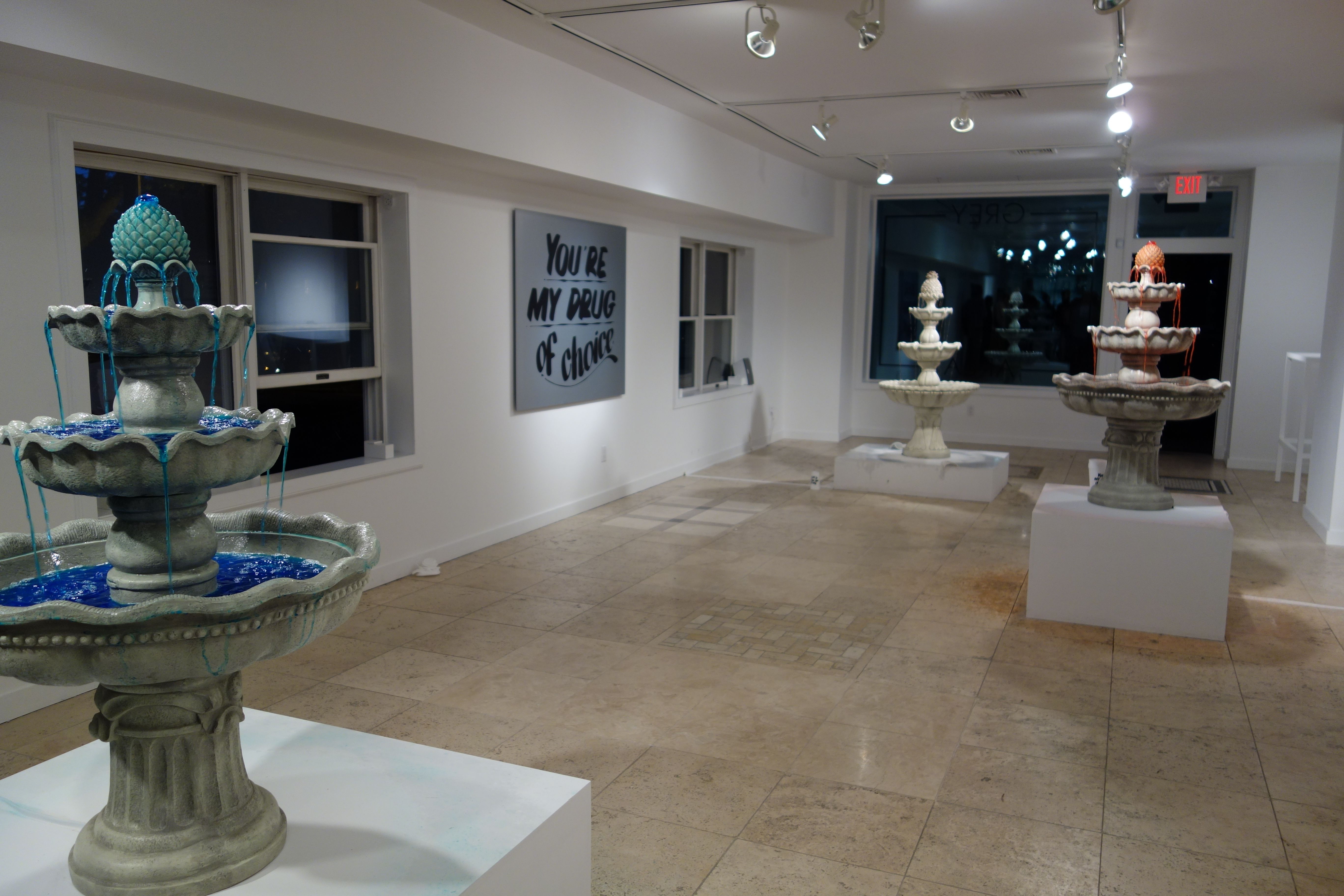 While this pairing may seem unlikely at first ponder, if Saturday night was any indication it is going to be a rollickingly fun summer.

The first show was by none other than multi media artist Baron Von Fancy. Von Fancy whose real name is Gordon Stevenson, (I just found out through Googling is the son of our friend Charles Stevenson) – Had no idea.  Gordon or Baron, as he goes by both is famous for his witty sayings as well as installations. He also kicks some serious Instagram ass with 31,000 followers.
He is becoming quite well known, having done work for Juicy and installations in Collette in Paris as well as his art work.

“When it comes to his artwork, Von Fancy finds inspiration all around him. “The phrases I use are inspired by subway conversations I overhear, song lyrics I admire, and things I read,” he says. “I love cartoon visuals and everything about pop culture.” His creations are also closely tied to his upbringing: “My signage work is an ode to the hand-painted kind I grew up seeing. I was born and raised in New York City and will never leave, so the city is also a major inspiration.”

For his East Hampton show he installed very classical looking fountains that happened to be filled with Kool Aid. They were multi- purpose as people could admire them,  fill their cups with the colorful, dye filled drink and then head to the back of the shop where Hamilton Vodka was making drinks with it. We were all drinking Von Fancy’s Kool-Aid.

Upstairs you could get tattoos by a girl who was wearing Baron Von Fancy socks. Glenn told me I was not allowed to put a photo of them up here. If you want to see them email me and I will send you a one.

It was a wildly fun night. I found Baron/ Gordon to be engaging, fun and serious about his art. De Woody took charge and a large group came out to to drink her Kool – Aid.

I gotta say if it keeps going like this I’m really looking forward to the rest of the summer.