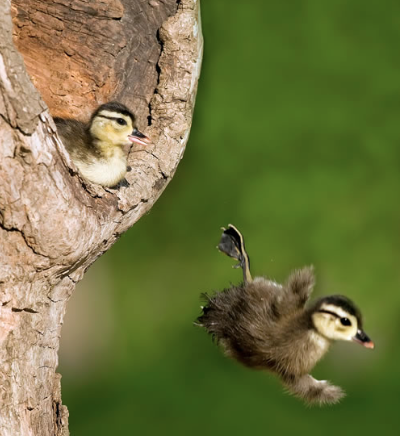 I started this blog over five years ago with Freshman Mom. For those of you who were not around, for six months FM charted my adjustment to my oldest daughter Taylor’s going off to college and the beginning of her exit from the nest.

I also made a film Lucky Ducks; that supposedly dealt with why kids were spoiled and ended up being about how I had to let go of Taylor. So the theme of letting go of my children, well, it’s been Taylor, as Lucy is still very much around; has been the controlling dynamic of much of my work.

College like much of life seemed to fly by and she graduated last year. None of us were prepared to have her move back into her old room, but neither were we prepared to totally toss her out of the nest. So for the last year she lived in her own small apartment three floors below us.

I liked to say, she was out of the nest but still in the tree.

I would be lying if I said I thought our “tree co-habitation” would not go on indefinitely.

Though there were days and nights it did seem like she needed her own place – in her own tree, in a separate orchard; where she could really take root and grow in her own way.

Then there were nights when she would come up and watch TV, or grab a snack in her sweats, or stop by for dinner when I could not have been happier with the status quo.

Taylor turns 23 today. She and two friends just rented a three-bedroom apartment in Brooklyn.  She is going off to live her own version of GIRLS.

It feels odd and it feels right. It feels permanent which it is, and that makes me a bit sad. But it also makes me happy for her. And I know that it is the natural next stop on the evolution express.

I think in the absolute we will be closer when she is not living under the shade of our tree. Last night after dinner she was leaving and I said, “Well I guess it’s time for you to go to your room.”  No doubt, the last year for me has been her living with us, only her  room was three floors below. I can see her “room” from Lucy’s window.

She will move this summer when I’m not around. It will be the first move I have not helped her with and she doesn’t want my help. It will be the most drastic in its way. Her address for the first time in 23 years will not be the same as mine.

She is off on the journey of her life.

There is something poignant and exciting about it being on her 23rd birthday.

This morning I was looking at the montage I did of her for her 21st birthday. It always makes me cry. Glenn asked why I was crying. I said, “All these years gone, we never get them back and they are the biggest.”  In true Glenn fashion he said,  “They are the biggest in many ways, but there are very big ones yet to come. That’s life.”

I will miss having you here in the tree. But like I said to you a few nights ago when you told me you would in fact sleep here every now and then – Mi tree et su tree. And wherever I live for the rest of my life, there will always be a place for you to sleep whenever you want to.

And truth be told, I’m looking forward to getting to know Brooklyn better.