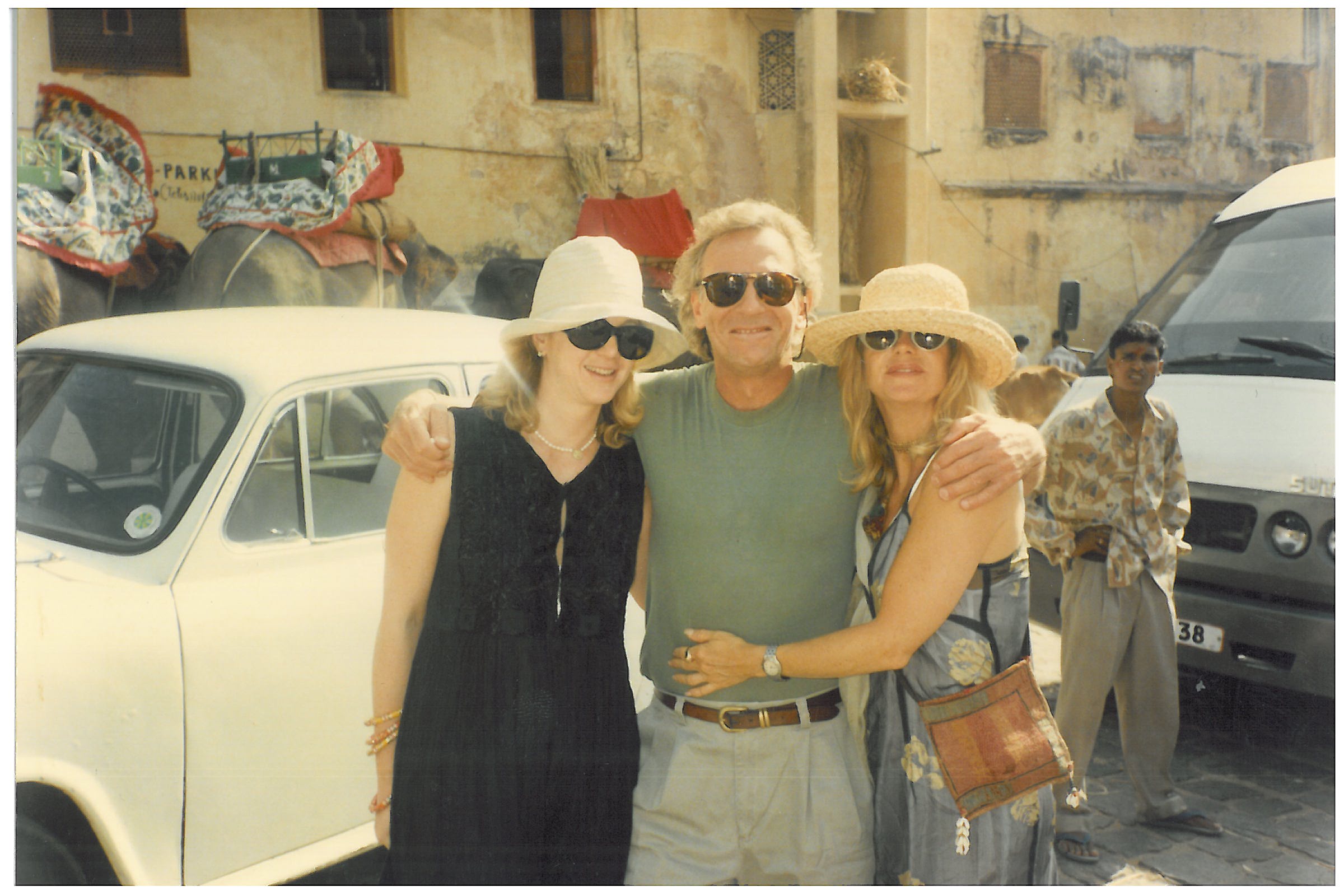 It seems to be a week of death. I hate to sound like the grim reaper. But as I was writing my thank you emails to all the thoughtful people who sent condolences on the passing of my father- in- law, I found out that Mark Shand had died suddenly from a fall on Tuesday night.

Mark’s death is getting a lot of attention because among other things he happens to be the brother of the Duchess of Cornwall. Who herself is one death away from being the next Queen of England. But Mark Shand would be getting attention even without that connection as he was – a special guy.

He even dated Bond girls I think. His womanizing was a bit legendary. As was his bravery and adventurous spirit. He traveled across India on the top of an elephant and then wrote an award winning, best selling book about it. Travels on My Elephant.

After he exhausted that adventure he attempted to travel down the Brahmaputra River. Something few have done because of both the monumental geographical and political logistics required to do so. But he got as far as he could and then wrote about that too.

That is why for anyone who knew Mark the idea that he could come to his end by falling down in front of the Gramercy Park Hotel is beyond unfathomable. It is so not Mark Shand.

I met Mark in India in 1996. It was a trip I didn’t want to take. Hindsight in this case being insane. I have no idea what I was thinking. I actually had to be talked into going.

I was writing a film for Goldie Hawn called Ashes to Ashes. She wanted me to come over and do some research and travel around with her. She was going to be over there shooting a documentary for BBC with a guy who was trying to save Asian Elephants. This would be Mark. As after he fell in love with his elephant Tara, he devoted the rest of his life to making the world aware of the plight of the Asian elephant and raising lots of money for the preservation of them. It is what he was doing the night he died.

But back to 1996 – I told Goldie I had been to India in 1979 and I thought I remembered enough. What was I thinking? I didn’t want to leave my daughter. I know that. But I had nothing else keeping me in LA for ten days. Here I had the chance to have an adventure with someone I had wanted to meet since I was a child. Goldie, not Mark. Finally my friend Bruce Roberts convinced me I had to go.

By that time Goldie was already there shooting her documentary with Mark and his elephant riding, photographer sidekick Aditya Patankar, who was the nephew of the Maharaja of Gwalior. None of this did I know when I checked into the Oberoi Hotel in New Delhi the day I began the journey that would – not being dramatic – change my life.

There are moments in life when you are ready to change. Change the way you look at the world. Change the way you live, you think, you love, you engage. And if you are very lucky at these times an opportunity presents itself that gives you all the resources to accomplish it. Traveling to India in 1996 did that for me.

One week. Four main characters,; Goldie, Mark, Aditya and myself.

We called it The Magical Mystery Tour.

None of us ever forgot it.

I don’t really want to go detail by detail as to what occurred. India by its very nature is magical, and mysterious. It causes you to do things, strip away artifice, take life on life’s terms. It also brings out the sensual, the mystical and the majestic in you if you let it.

He was always charming and funny and knew more about India than any non Indian I had met until I met Willie Dalrymple.

You read about his booming voice and it was true. He was also elegant in a very ex-pat, I don’t care way. In fact Mark Shand is the one man you could meet who was half naked, in a loincloth, sitting on his elephant and you instantly knew he came from a good British family. And that is not easy to pull off.

The movie I went to write would never be made. But I would go on to write three other films and direct one in India. Due to that trip I became the go-to girl for Indian films for a decade. It changed the entire course of my career.

India gave me courage. India gave me a belief in myself I had never had. India allowed me to go home and change my life in one years time.

India became part of my soul on that trip

In some ways I cannot think of India without remembering The Magical Mystery Tour.

I do know, we all knew we were living something very special in that week. And we were all people who had, and would go on to have special lives.

It is beyond sad that Mark Shand’s had to end so soon.