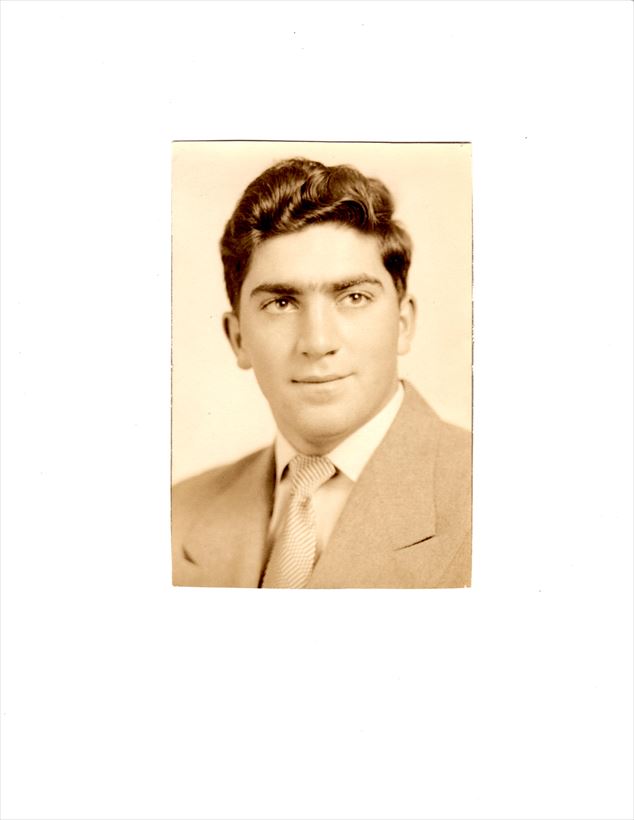 Glenn’s father, Aaron Horowitz died yesterday morning at the age of eighty-three.  It was not a shock as he has been in declining health since September.  Glenn and I knew when we saw him a few weeks ago it was most likely for the last time.  It is a great loss for our entire family.  He was a very kind man. In the seventeen years I have been with Glenn I had never heard him enter into a fight with any of us over anything.  Coming from the family I do, this is close to a miracle.

He was the only real grandfather my girls have known.  When I came into this family with Taylor he never treated her as anything other than his own grandchild. He never differentiated  between the two girls.  This act of total grandfatherly acceptance was indicative of the type of man he was.

He was always a cheerleader and proud of his three children Gregg, Donna and Glenn.  He liked to get into a good philosophical discussion, and Gregg being a philosopher might not be an accident.

Aaron would send me long emails. He was always cheering me on. I will miss him. We will all miss him.

He was married to his wife Lynne, for “sixty years and three months” she told me this morning. I knew it was sixty years as we all gathered in Florida to celebrate their anniversary this year. The amazing thing about them is they were always holding hands.  Lynne was holding his hand when he passed on.  This is exactly the way he would have wanted it.

I’m not too articulate about this today. It’s all too close. But Aaron has a brother- in- law, his name is Paul Thorner. Paul is 93 and extraordinary. I actually did a 50@50 vlog on him last year. Paul takes a writing class.  He works for the paper in his development and he writes short stories and poetry.  He always sends me what he writes. I always read them and get back to him. I am so in awe that he does this at 93.

Last week he sent a piece he did on Aaron. He has known Aaron for over seventy  years so anything he could say is much better than anything I could say. So I’m sharing Paul’s piece on Aaron with you today.

R.I.P. dear Aaron. You will be in our hearts forever.

I saw my brother-in-law Aaron today.  I met him for the first time 73 years ago when I started courting his sister Edith. Since he was ten years old at the time, I didn’t have much to do with him then and for the next few years. But I knew he was okay on December 17, 1944 when he left the wedding hall to get a taxi for Edith and me to start our honeymoon and didn’t tell anyone the name of the hotel.

Aaron is the youngest of five siblings, three girls and two boys. With the passage of time, the siblings married and went their separate ways.  Aaron and Dave, an older brother, lived in the Catskills, Edith and her older sister, Sylvia, in Brooklyn and Rebecca on Long Island.

The brothers ran a successful furniture business in Ellenville, New York and operated a summer bungalow colony with their parents. Edith and our children spent fifteen summers there and I would see him every weekend. He played on our softball team and we played tennis on the court he and Dave built. We spent Saturday nights together at the casino, dancing, drinking and having fun. He was strong, handsome, smart.  We had many lively discussion over the years.

Eventually, the five couples retired and ended up close to one another in Florida, where we saw each other often. We had season tickets to stage shows, dined at fancy restaurants, visited local sights, entertained at home – a close-knit family.

I saw my brother-in-law Aaron today. It was difficult to communicate. I couldn’t understand what he was saying. I held his hand for a while. A few days ago it was easier. Searching for a topic to talk about, I mentioned our trip to Italy fourteen years ago. He made pertinent comments. It felt good.

I saw my brother-in-law Aaron today. He’s dying. I’m not going to visit him anymore. I want to remember him taking part in the many happy times we shared together.