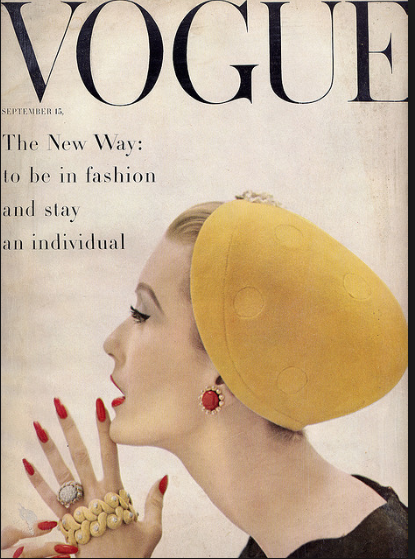 Two hundred and thirty- nine people are lying dead at the bottom of the Indian Ocean.  Putin has decided he misses playing cops and robbers with the US, and has decided to start stealing countries for what he hopes will be his empire.  Hundreds have just been washed away in fierce floods in Washington State, and I have not even inched my way towards Africa yet. So, why would I be giving any time, thought, energy or ink to Kim Kardashian and Kanye West and their controversial Vogue cover?

Because I need a break from depressing things, and it pisses me off.

I could write about the last four days I spent in St. Lucia, which I might next week if the pickins get slim. But I spent the first 24 hours of it sick in bed, physically exhausted and sounding consumptive from doing book edits. I spent much of the time on the sofa watching CNN and the endless coverage of Flight 370. And my father in law is deathly ill.

In light of all that Kanye and Kim are a welcome relief.

Plus I am really pissed off: As are many others.  Which is evident by the fact that Anna Wintour just had to release a statement defending her insanely tacky choice of putting a girl who became known for sex videos and rapper who do not represent what Vogue means people, on this month’s cover.

I don’t mind him as much as I mind her. Together they make me quiver from the  global photo-opability of their collective lives.  But at least he entertains and has a certain irony to what he does. But he comes off as mean, and compares himself to Jesus, so yeah, he’s pretty loathsome too.

They are everywhere.  But Vogue????

Since I was a girl Vogue has been the place one goes to for a type of glamour and elegance. None of which you can accuse Kim Kardashian of having in any way.

I know it’s become sport to criticize her, her sisters and that fright night of a mother who runs the show.

I think what pisses people off is they seem teflon coated. They have been anointed for something and nobody can figure out what it is.  And it just keeps getting bigger and more pervasive.

They are not pretty like, say, The Miller Sisters were. They do not come from a fancy family that would give them a Downton attraction.  They have done nothing but air their dirty laundry on not only TV, but any outlet they could find.

They are business women in the same way most athletes are business men; someone has figured out how to market them.  Someone runs the show. None of them have a degree from Wharton tucked inside their Birkins.

And now we find them on Vogue. Not them, her, the really tacky one. The one who gave us the sex tapes. The one who when she opens her mouth sounds like her entire IQ could fit inside a lipstick.

I think the world went, anywhere but there. Let something be sacred for the truly stylish.  Just Vogueish if you will.

And then of course many forget her father Robert –   the first famous Kardashian. The one who became celebrated for more than likely hiding the damming evidence for his best bud, that pillar of American society –  OJ Simpson.  The Kardashians have been the first family of repulsive behavior since they arrived on the scene.

So, when I saw Anna Wintour stuck Kim K. on the cover of Vogue, I vowed to cancel my subscription.

Now Anna Wintour is not sitting around worrying about me terminating my forty year relationship with Vogue.

But when I called to cancel this morning, the woman who handled it said, “What is going on? People keep calling and cancelling their Vogue.

I told her what was happening.  She said she was glad to know, she couldn’t figure it out.

People have breaking points. People get sick of certain people either because of who they are, what they represent or how they project themselves in the world.

I think the Kardashians, despite the fact the world seems to watch them like a train wreck , have built up nothing but ill will from the public.

You never see them doing anything for others. You never read about them in any philanthropic way. In fact they take money for showing up at parties. Hundreds of thousands of dollars and then we watch as they spend it on themselves. It’s all gross. They do nothing but Instagram their swag.

They represent all that is wrong with social media, our value system, reality TV and now they end up rewarded by getting a Vogue cover

I did put my money where my mouth was. I am getting back $20.00 and I will never pick up another copy of Vogue magazine. And I will be just fine.