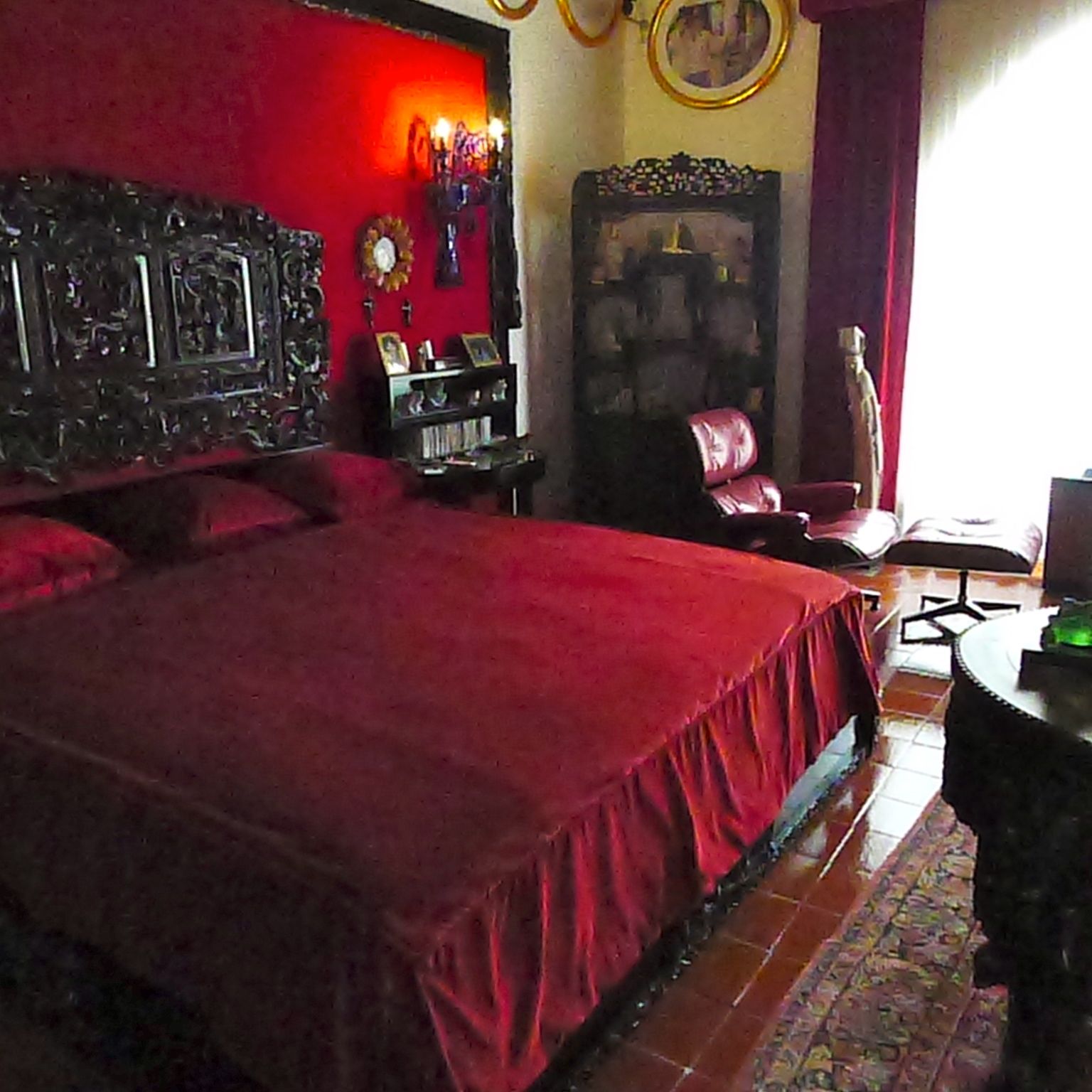 On our last day in Mexico City we visited  two private homes that have been turned into museums.  They could not be anymore different. One, the home of a spoiled, rich heiress who loved art, and dogs and Mexico and built herself a museum. Not unlike Carlos Slim, only better. And the other was a man who was one of the father’s of the Russian Revolution. The only thing they had in common is they were both “involved” with Frida Kahlo and Diego Rivera.

The first home/museum was owned by a woman called Dolores Olmedo Patino.  The museum sits on acres of verdant land a short distance out of town.

It’s a grand hacienda that houses what is purported to be the best collection  of Diego Rivera’s and Frida Kahlos in the world.  Apparently Dolores was a lover of Diego’s. She was a great patron of the arts in general, and from the looks of the walls we saw, she was a primary narcissist as well.

I have never seen so many portraits of one person in their home, in my life.  She did live to be 100 so she had plenty of  years for photo ops.

I say she is “purported to have the best collection” because just like the Jumex, the museum was closed. At least the part of the museum that houses the Riveras and Kahlos was shuttered when we got there.

I jokingly said to Glenn, “They must be going over to the Jumex.”

Which it turns out they sort of were. The museum was closed because they are getting ready to put on the ritz when the New York Artistas arrive en masse for the official Jumex opening.

So we saw a few rooms of the house. No photos allowed. I snuck two.

We got to spend time with her peacocks and wander a bit around the gardens.

It was fine. When you are travelling nothing is a waste.

Then we headed over to the Museo Casa Trotsky.

A few blocks away from the Frida Kahlo house is the house where  Trotsky spent  his final years.  He and Frida had an affair, apparently he and Diego had a few fights, so he decided to decamp a few streets away.

This is the house where he was ice picked to death in 1940.

It is not the “typical” Mexico City experience but it was one of the more stirring things we saw.  And everything was there, nothing had gone to Jumex and it was open!