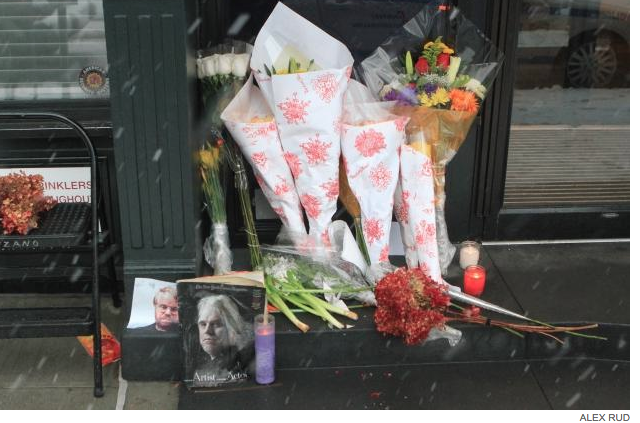 WHOSE FAULT IS IT ANYWAY?

Is it just me, or does anyone else find the amount of attention Philip Seymour Hoffman’s receiving to be more than average  for a celebrity death?   We do lose celebrities – sad but true. Some of natural causes and others as my Glenn says, of “misadventure.”

PSH is not the first star to overdose.  But perhaps he is the one with the most gravitas, the most serious looking career; the most cerebral of the bunch.

I just went in and Googled “Celebrities who have overdosed” and with the exception of a few very young people, who started out as childhood stars, including the great Judy Garland, most were musicians and three comedians.

We seem to expect this more of musicians.  I know enough about addicts now to know this is an equal opportunity disease. But for the average person it is not as surprising when say, Sid Vicious is found with a needle in his arm, as it is Philip Seymour Hoffman.  Perhaps why no one can believe it happened.

But clearly this man had demons he had been fighting for decades.

We now know he was addicted and got clean when he was 23. He went on to have a startling, twenty year career.  He made over 50 movies.   He has an academy award, three children and a life partner.

For those of us who do not fully grasp the power of addiction there is that eternal question, he seemed to have it all, what was wrong?  What more did he want?

My mother posed this to me in an email last night.

I said addiction is a powerful foe; it is never as simple as that.  In the throes of addiction, addicts want more of whatever it is they are addicted to, more than they want anything else.

But of course he did appear to have it all, fame, with the talent to back it up, he was only going to get more successful the older he became. He was not some pretty boy, who would hit his fifties and sixties and be tossed to the side. He was more of a male Meryl Streep, someone who would get better with age.  He had three young children. He had plenty of money.  So why was he locked away in an apartment three blocks from his home with 70 bags of heroin?   Apparently his girlfriend/mother of his kids had asked him to leave.

Now I guess this brings me, and much of America to another big question.  What was he doing with 70 bags of the stuff?  One can fathom three, or four empty, another three or four as back up perhaps.  But seventy?  Sadly, he seems to have been set on some personal destruction mission. Was he so out of it, he was paranoid about running out?

There is some hideous footage on CNN, a loud mouth anchor going at it with Alan Dershowitz, she is screaming the dealers should be charged with murder.

I have a really hard time with this one.  Anyone who read my blog POTTED knows I am very anti-drug. And I think dealers are scum. I do.   Write in and take me to task if you wish. I  have empathy with addicts. I don’t have it with dealers.  I know some users deal in order to keep their habit afloat. I know seemingly nice people deal in drugs. I watched WEEDS.

But you know smack dealers – no, no way, no how. I think they should be put away if they are caught.

But did they kill him? Should they be brought up on murder charges as some are suggesting?  In my opinion – flat out no.

This loony anchor was screaming they should have cut him off, stopped selling to him. Really? What planet is she from?  Hey lady, drug dealers are not your mom.  They don’t say enough is enough, you might want to book yourself a room at Betty Ford or we are taking away your car. They are in the business of selling you more.

But there is personal responsibility here too.  No one put a gun to PSH’s head and said “Buy 70 bags of the stuff.”  He did that on his own.

Did his friends try and stop him?  We don’t know. No one has come forth and said, “I tried to intervene.”

When asked by a reporter what he did for a living in Sundance last week, he said “I’m a heroin addict. Then took off his hat and shades so the guy would recognize him. He then said, “I just came out of rehab.”

Was he asking for help?

He was seen nodding off in a plane.  Someone took a photo.  But did anyone do anything?

There is a point when there is nothing one can do. When the disease is a runaway train the addict is riding on, and no one can stop it.

My guess is the mother of his children, the woman who loved him, did the right thing; she took the kids out of harm’s way. She removed herself from his life for the moment. Did this push him over the edge?  Or did she see him teetering there and not want to be a part of it?  The tough love thing is harsh, but often the only choice.

There is a report that she saw him on the street and talked to him twice the day of his death.  She said “he seemed high” both times.

Did she just chalk it up to same ole, same ole?  Or had she just had it?

Is she lying awake and wondering, “If I had only?”  Or did she spend many years doing as much as she could?

These are the parts of the story people never really know.

You cannot crawl inside the dark rabbit hole of someone’s addiction and know what is really gnawing at them.  Sadly, they often don’t know themselves.

He had twenty years of the program behind him. Twenty years where he performed at the top of life’s game in so many ways.

Paul and I were walking the other day and I asked him, I said, How many people go back after decades?”  He did not have a figure. But said “Some do.”

I said  “What happens to them?”

He said “It’s different for everyone.”

Sadly, for Philip Seymour Hoffman, he fell off the wagon and was not able to pull himself back up and into recovery.
He won so much in life; the heartbreaking thing is his addiction won out over all of it in the end.