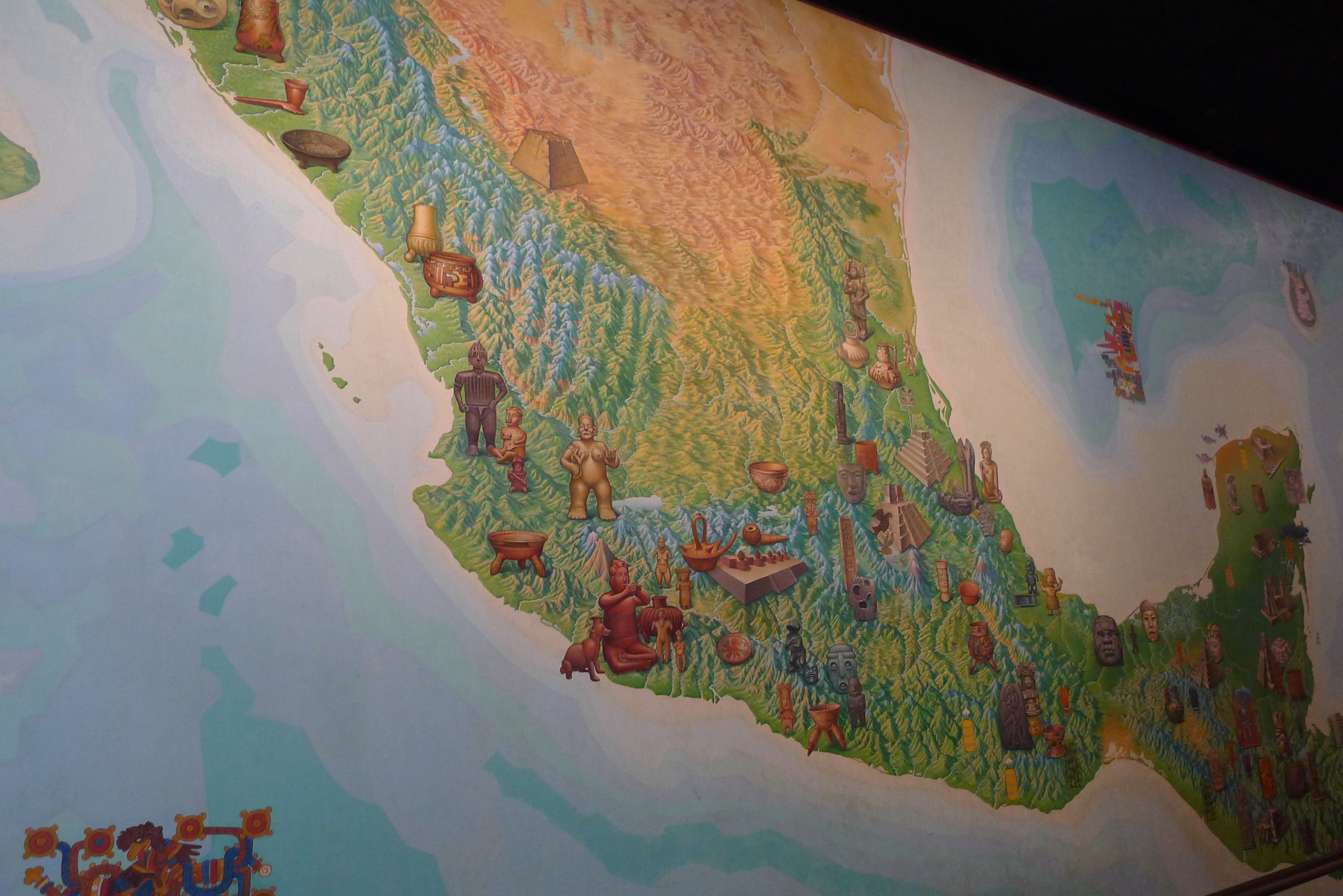 Today is our last day. We are going to hit a few more museums, do some walking, Glenn has a final meeting and we head back tomorrow. It’s been a great trip. We’ve been here five days, no bouncing from city to city.

The Museo Antropologia is a hit. The most visited museum in Mexico and  the best museum of its kind I have been to. The internet claims the Cairo Museum is better, but it’s dark and unorganized. This is perfectly displayed and an architectrual joy. We loved every second of it.

The new Jumex Museum, which is getting  a ton of press in the States and in the art world opened a month or so ago. It is the collection of one of the heirs of the Jumex Juice fortune. They have built a new building right across from former richest man in the world Carlos Slim’s Soumaya ( looks like a UFO) Museum.  The only problem is yesterday when we arrived, the permanent collection is not up. Though they advertise that it is.  They dont’ charge much to get in so you don’t feel ripped off  like you might in the states. But when you try and talk logic, as in why would you advertise if it’s not here? The nice guy who speaks as much English was we do Spanish just smiles. So what do you do? You just go with it.

Carlos Slim’s Soumaya is a sight to see.  The vastness of the space and the collection is impressive for its grasp, though not for its vision. It feels like a museum without a goal other than gathering everything he could find. As Glenn said, “Someone has to buy all the second rate work by the top rate artists.” It is that.  But worth paying a visit if you get here.

There are things here that get to you. It’s a big, vibrant muscular city – all the things we love.  The traffic is a nightmare. Locals try and keep their lives localized. They are always advising stay in on part of town each day or you spend half your time on the clogged arteries of the city. We tend not to do that.  The pollution is unbearable at times. Day before yesterday between the altitude and the pollution I felt weird all day. There is sometimes a laziness in the shops and attitude that can drive a type A New Yorker mad.  I was in a store yesterday and I found a pair of earrings I liked. They did not have backs on them. So, I asked the guy, in my non existent Spanish, where they were. The backs did not exist either. I had the most disjointed conversation with him, where I got my point across, how do you sell earrings without backs. And these had odd shaped prongs, you couldn’t just go home and yank a set off some you had. Long boring story -short – not sure why I am even sharing it, he didn’t care. He didn’t have them. I walked out. But these are tiny things, in a city with so much going on, so many kind people and so many wonderful sights to see, smells to smell, foods to eat and experiences to be had

It is a wonderful place to spend four or five days.  I never really thought I wanted to come here.And now I am truly happy we have.