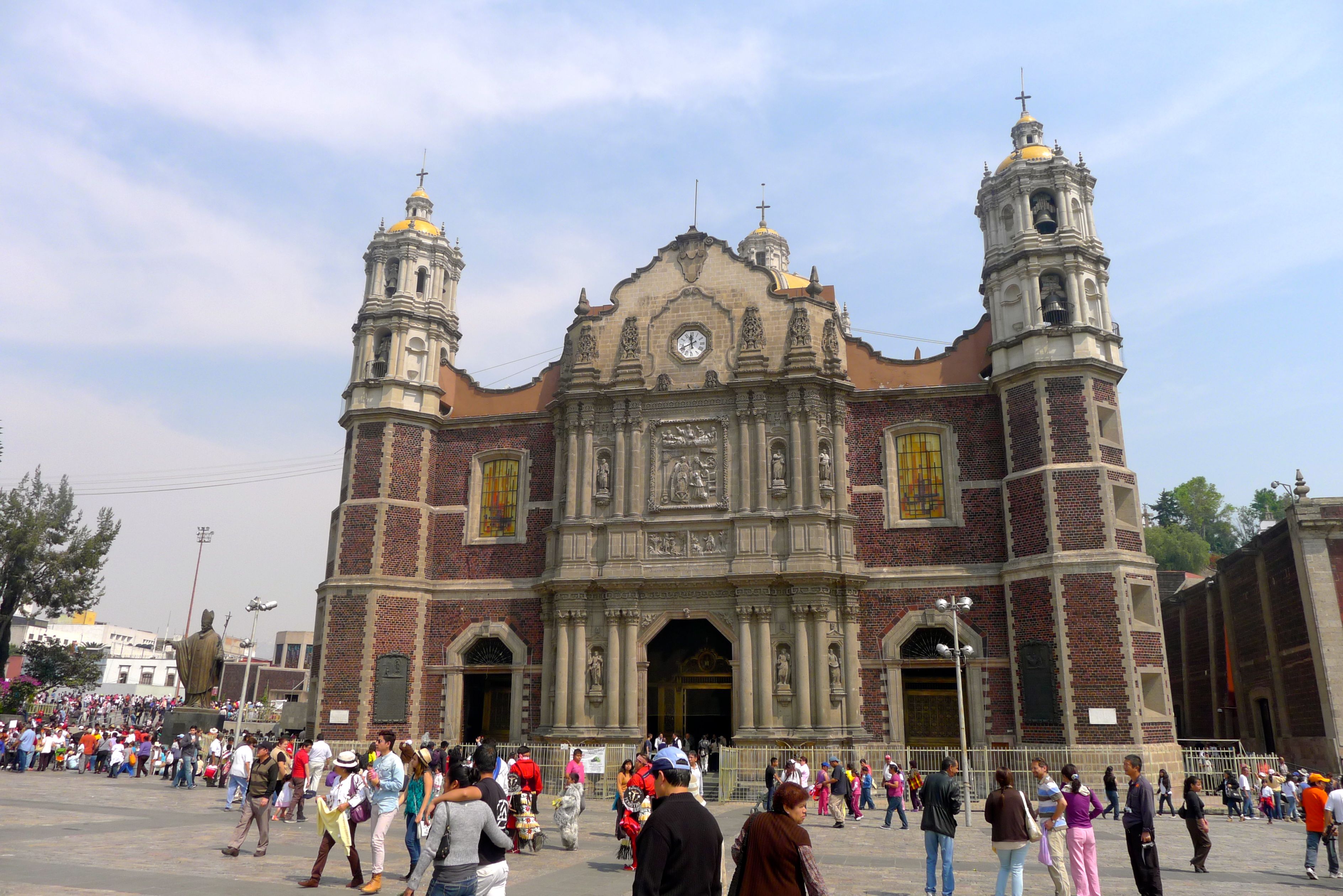 This is a first. I just uploaded all my photos from today and I filed them into folders for four blogs. In all my travels I have never done that. They broke down into – Food –  Colors -Today – Faith.

There is so much going on here. I know I said it yesterday, but it’s the closest I’ve felt to India in terms of the visual stimulation, the spiritual tsunami, the spicy, sweetness of the food, the sensual assault. It’s no wonder both suffer from over population.

Today we really focused on devotion, one in the form of devotion to The Virgin Mary, by way of the Villa de Guadalupe. It is the holiest Roman Catholic Shrine in Latin America. And it also gets the most visitors of any  Catholic Church in the world.

It is far from the prettiest I have ever seen. In fact the Nueva Basilica that was built in 1976 looks like something that might exist in Arkansas. But without question, again the Indian reference, outside of India I have never been surrounded by so much pure religious veneration in one space. Two hundred and fifty thousand people go there on Sunday. Today was a Sunday. It’s pulsating with faith, belief, sadness, poverty and exaltation. At one point I stood in the middle of the square and cried from the sheer power of all that love: The pure love and belief  these people have for the Virgin Mary.

Personally, that is not my belief. It is perhaps the biggest problem I have with embracing Christianity. But,as I told Riccardo, the gentleman who guides us all around – I believe in belief. And when I am enveloped in it I let its power overwhelm me.

From there we we found our way to  The Museo Frida Kahlo. A shrine for those who worship Frida Kahlo: Who has become somewhat of  a secular saint here and throughout the world.

What is now the Museo was the home she was born in and painted most of her greatest works. It is also where she lived with Diego Rivera. It is filled with their collections, art, furniture and iconic things like her clothing and sunglasses.

We went to the Studio where he painted and she spent time, which has also been turned into a museum

We broke for lunch and visited a few open markets. It was a packed day and Mexico sits at a high altitude, very high, 7,200 feet. So it takes a bit of getting used to.   The end of the day margarita helps. 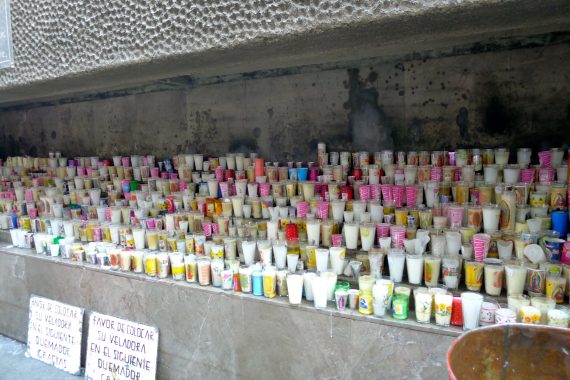 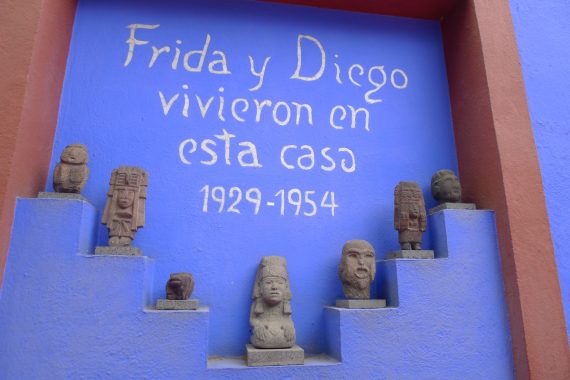 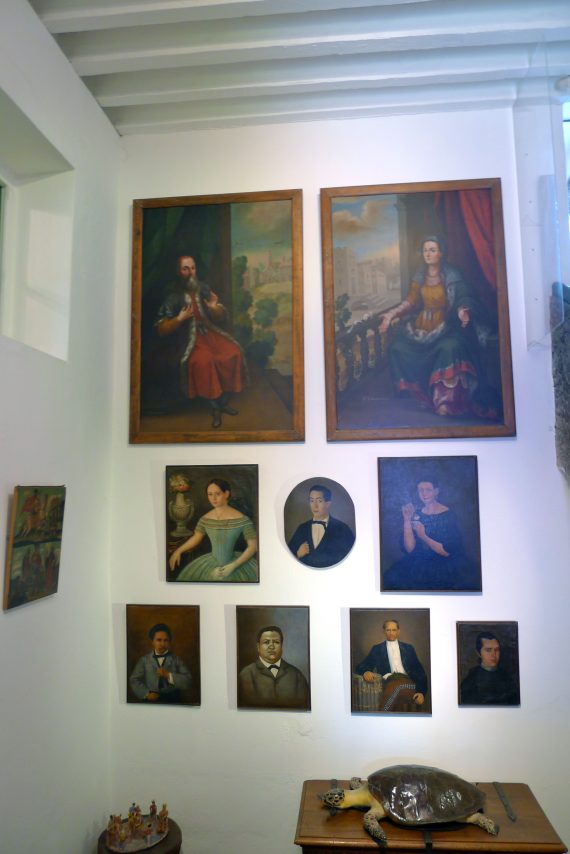 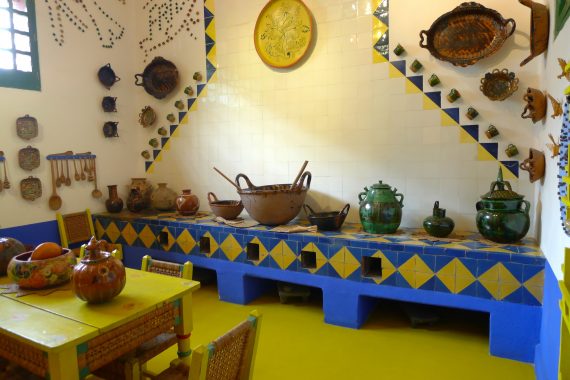 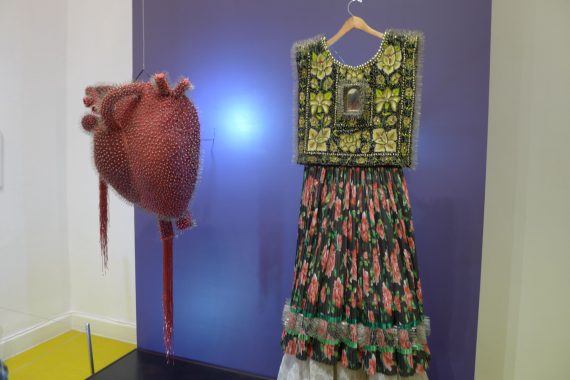 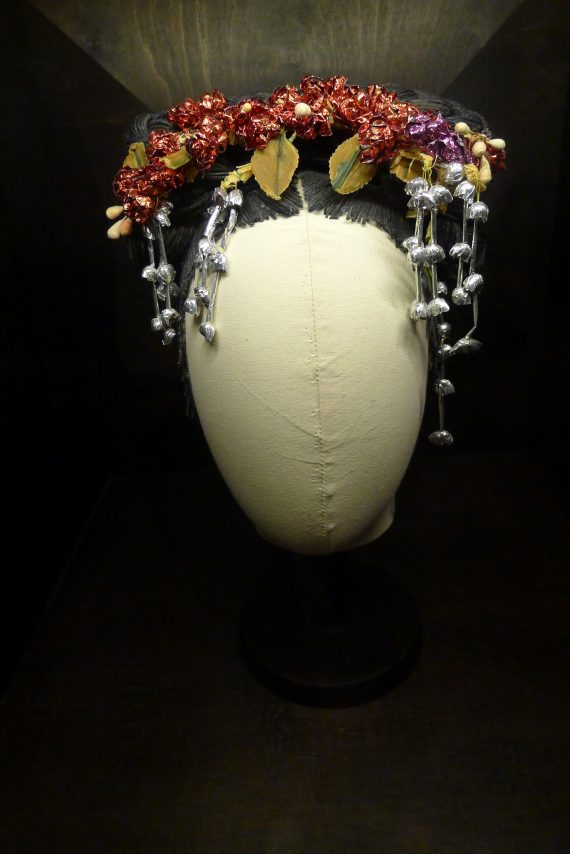