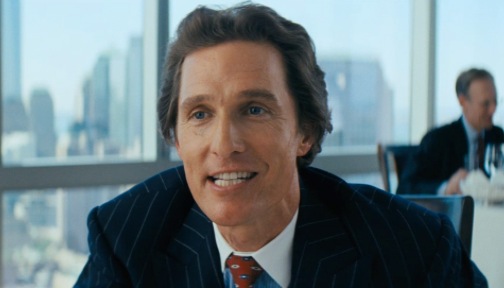 It’s been snowy and frosty and freezing and slushy here in New York.

The last three days have been total hole up in the house and do all those things that have been gathering on the “to do when snowed in” list.

That being the case I should have a slew of blogs written and my “to do” list all cleaned up.

But, alas, instead I have skidded my way to the gym each morning, skidded home and plunked myself down and watched films.

One of the nicest perks of being a member of the WGA is they send you screeners of all the films they have high hopes for come award season.

No, I cannot lend them to any of you. One has to take an oath of honor by pressing “Accept” that if we lend, copy or allow anyone other than our immediate family to watch the films, we might be arrested or fined, perhaps by Harvey Weinstein.

So, this weekend, we watched  “The Butler” – “Lee Daniels The Butler”. We watched part of it; then we fell asleep. We woke up from time to time to see Oprah in one hideous outfit after another. The scariest being one that made her look like a reject from The Supremes.

Yesterday we watched Wolf Of Wall Street, which I adored. I can’t tell you why. It is the kind of film I normally find over the top. It felt like Marty Scorsese was channeling Buzz Luhrmann. And I don’t usually love Buzz Luhrmann. But Wolf of Wall Street packs a wallop. And that is all I will give away. That and I liked it so much I will now forgive Leonardo di Caprio for Titanic.

And then today, Taylor and I turned off all the lights and watched HER. We didn’t have to turn off the lights, she just asked me to. Another film I surprised myself by liking.

So with all this film watching and wandering around adjusting the heat and lights I have had no time for original blogging and task doing.

And now – in just three hours – the moment I have been waiting for -SEASON FOUR OF DOWNTON ABBEY.

Nine long months ago, when I last saw the Downton gang I was crying hysterically when Mathew was suddenly killed.

Since then have been ticking off the months until the Granthams returned.

OK, I will share a family secret, Glenn and I watch nothing on TV. We have never seen Breaking Bad, Homeland, The Original Wife or whatever it’s called. Nothing. That is not the secret.

We love Downton. That is not the secret either.

Oh dear, I should not admit this, but we have Downton outfits.  We do.

It’s become a ritual, we  put them on and watch the show.  It’s nothing kinky.  There is no role-playing involved.  It’s more like wearing your ice skates to the Ice Capades.

Now that we have no family secrets left. Well a few. But I will share something else with you. When we were in London in October. I was at a matinee performance of Brecht’s The Resistible Rise of Arturo Ui.

Sounds pretty intellectual and tony if I left it at that. I take myself off to Brecht when I have a few spare hours. And I did. Until I got an email

I got an email from a reader I did not know. It said the following ~

While you are in town come and say hello if you are passing – Cecil Court just off St Martin’s Lane – a Victorian pedestrian shopping street with the best collection of rare and specialist bookshops, a fantastic costume jeweller (he does the jewels for Downton Abbey you’ll love his window) and us – would be lovely to meet you.

I always like hearing from readers but she had me at Downton Abbey.

I figured one act was plenty of Brecht for me and I raced out at intermission and was at Cecil Court before the second act had started.

Theresa was very sweet and she took me over to Christopher St. James who has done wonderful costume jewelry for many period films and does a lot of the work for Downton. I got to touch Lady Mary’s necklace. Had it been for sale I would be wearing it now with my Cora nightgown.

I meant to blog about this at the time but somehow other things got in the way. So, I’m happy to share it today when people are gearing up for more high drama from the Downton gang.

OK well – time to get in my Cora gown and lay out Glenn’s Lord Grantham robe for some Sunday night fun.