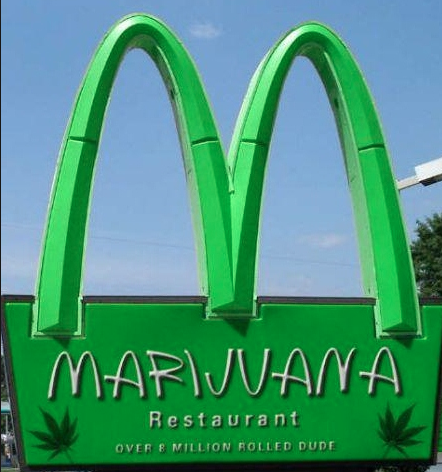 I ran this on Gratitude and Trust last week.  In some ways it is much safer over there as it is a bit of preaching to the converted, though not entirely.  Today Paul Williams is running a quasi counter blog.

I am aware that my views go against many of my friends.

I will say I am for medical marijuana. And I’m for decriminalizing it, but not making it legal. I don”t really care what consenting adults do in the privacy of their homes. I care a lot about kids and addicts.

The legalization of pot for recreational use in Colorado this month has everyone a Twitter, literally and metaphorically.

Most of the people I know are in favor of this new law, and are hoping many other States, preferably theirs are soon to follow.

I have heard all the arguments on the pro-side…

People yell it’s better for you than booze.

It’s not a gateway drug.

It will cut down on the criminal costs, arrests, incarceration, drug records and jail time and that infringe on young people’s lives.  It will de-mystify and thus make it less appealing to young people.

It is good for you if you have cancer.

My personal feeling about this is many of the people saying this like to get stoned. I firmly believe that.  Many more adults use pot than most people are aware.  While it is a kid’s drug, it is also a grown-up’s drug, but the controlling word in that sentence is “drug.”

Now despite the protestations that pot is not a gateway drug – who actually knows this?  You really cannot prove what is and what isn’t.  You can try to support your point, but the evidence is sketchy.

As any one who knows addicts, has been an addict or deals with addicts is aware, if one has an addictive personality Listerine can be a gateway drug.

If that is the case why make any mind altering substance more readily available?

No matter how you cut it, no, that is another drug, but you know what I mean, pot is a mind altering substance.

If it is legal there is a very good chance it will be the first one you try.

Nobody will change my mind about this.

The whole argument about once it’s legal you stop the traffickers, the dealers, etc. Maybe the corner side dealers, but if you think this isn’t going to piss off the guys south of the border who traffic it and are shooting each other in turf wars then you are crazy.

The idea that since people buy it and sell it anyway, the State should be the beneficiary from the tax makes me sick. Really it does. We are going to legalize a drug, that is not legal in any first world country except Holland so we can reap the tax rewards???? Gag me with a bong.

People say it’s better for you than booze.  Well – OK, if you are  an alcoholic booze is awful for you. If you are a casual, social drinker, a drink a day has proven to be good for your blood pressure. Red wine has restorative effects if taken in small doses.

Again, moderation is key. Moderation in anything is key.  And many adults are good at moderating. They can moderate their booze and they can take a few hits on a joint.

I do not want the message to my kids being  “pot is OK.”  I don’t think it is. And I don’t want the State saying it is and undermining me.

Now, I have not smoked it in twenty-five or more years. And I never smoked much, but I can tell you this it had a much more powerful affect on me than a glass of wine ever has. I cannot drive a car after a few tokes of a joint; I cannot even really think that clearly or make myself understood. I become one of those zombies, it made me stupid.  I felt like an extra in a Cheech and Chong movie.

They are already talking in Colorado about what to do on the  ski slopes?   Now that it’s OK to buy the stuff like it were Good and Plenty, what happens when people get stoned and hit the slopes? OK, if they are only going to send themselves into a tree head first, but what if they crash into another person at fifty miles an hour? Driving?? Now we have drunks and stoners on the road.

I could write about this for days.

We need to tone down the glorification and availability of drugs in this country, be it prescription meds, cocaine or pot.

When did kids start getting hooked on prescription meds?  When their parents started taking them relentlessly.

Where do they get their meds for the most part? In their parent’s bathroom.

Where do they get a lot of their booze?

In their parents cupboard.

Now where do you think they will get their pot?

Argument enough for me. How do you tell a kid it’s not a good thing to do, when the shop on the corner sells it and the kitchen drawer has a bag of it next to the granola bars?

Kids take their cues from us.  And hopefully, while laws are not foolproof in any way, if things are illegal there is a solid back up system as to why they are not good to do.

If we don’t have that, “because mommy said so” is not going to hold much weight: especially if mommy says it while she is holding a joint.

Some interesting facts about the new law in this article from the Denver Post.