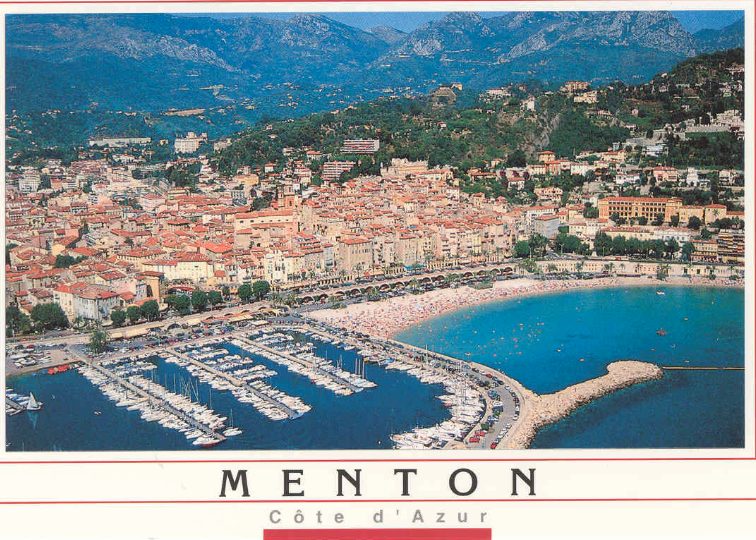 This last weekend was the first time I have been to the South of France.  And considering I only spent forty-eight hours there I can’t say I saw much.  But what I saw I liked  a lot.  The odd part of this is the main reason I had never been was my mother never liked it. Or so she said.  But when I was growing up and we were traveling about she would never go to the South of France.  Southern Italy yes. South China Sea, sure, but she said she did not like Nice, or Cannes or St. Tropez.  And I guess it stuck with me as I never made any attempt to get there on my own.

And nobody ever invited me or suggested we go.  So it was pretty much off my travel radar.   What makes this story slightly amusing is when we got to Monaco my mother said “You will be bored take the day and go to Menton. It’s the most divine little village.”

Really? How did she know that? I said, “I thought you hated it down here”

Well  the big cities yes, but Menton is worth the trip.  And then you should go to Vence and see the Chagall tryptic and” I stopped her there.  I only had about four hours. She was suddenly proposing a two week tour.

Now she does suggest things I don’t want to do, like she can sit through four hours of Romanian Folk Dancing and gets perplexed when I don’t want to join her. But she was so adamant about Menton I figured I would take her advice.

I told Glenn we were getting up early and despite the fact he had a meeting in Monaco at two we were going to Menton. He was not sure why, but he got in the cab and off we went.

And indeed it was a highlight for both of us.  When I got to the top of a hill and was looking towards Monaco on one side, Italy on the  other, across the deep blue Mediterranean sea I emailed mom and said ‘Now you tell me?”  Oh well, better late than never.

This is a case where pictures are much better than words.

Yes. There was lunch. Yes. There was an amazing Saturday food market. There was also a trip after dark to a 10th Century Castle and village built entirely on the hills where no cars can go as it’s all steps. But I need more blogs this week. Yes. I am back. But this is all too good to stop now.