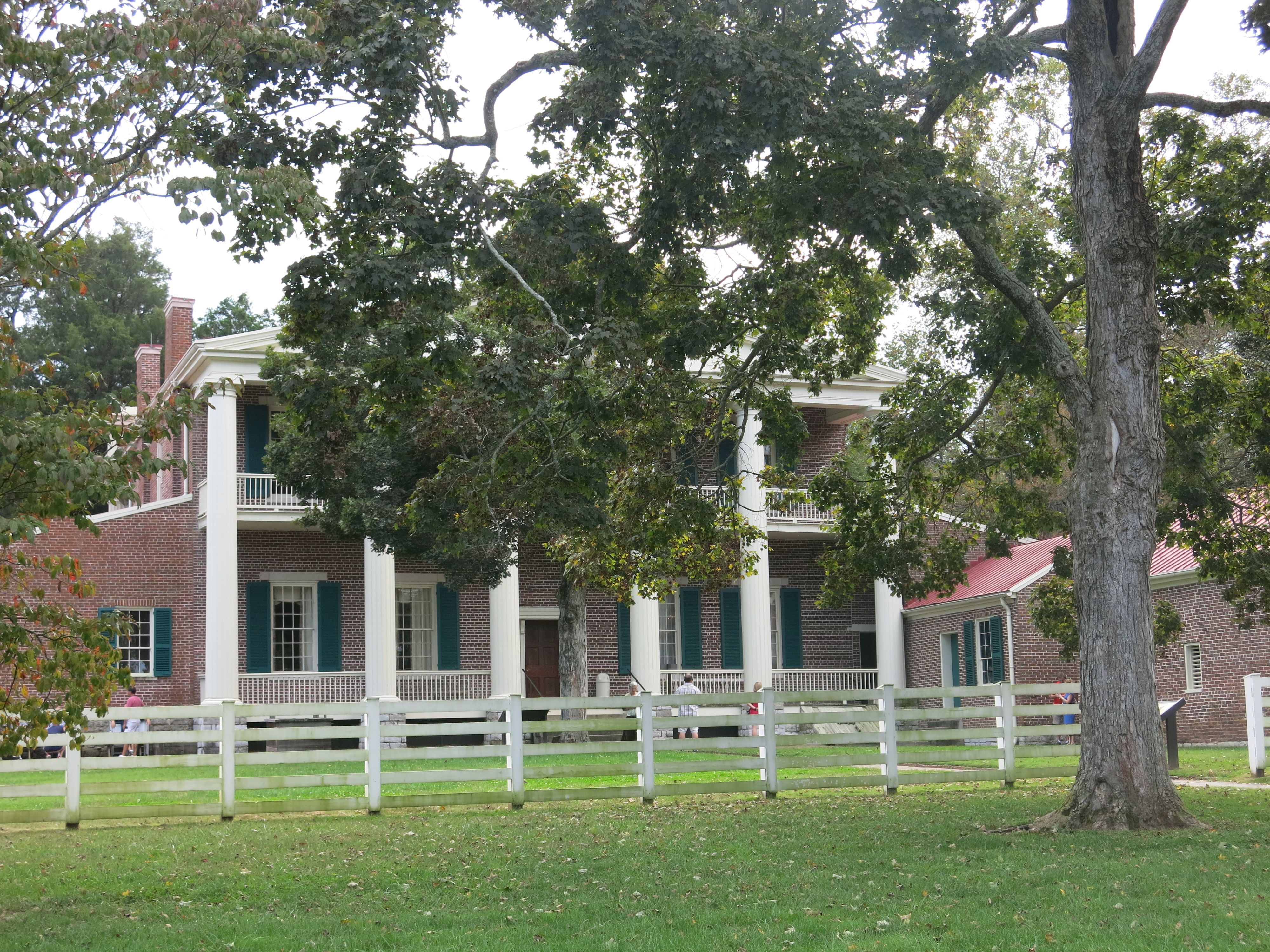 We certainly spent a very Presidential few days in Tennessee.  Having had drinks with former Vice President Al Gore our first night, we spent a good part of the next day visiting The Hermitage,  home of seventh  President and Democratic Party founder Andrew Jackson.

Now, I must confess I have spent very little of the last fifty-five years thinking about Andrew Jackson.  Outside of some required presidential history in high school he has never crossed my mind.

But Saturday I got an in-depth crash course, thanks to our guide extraordinaire David Ewing.

David may be the best guide one can have in Nashville.  He knows more about the city and its history than almost anyone. And most people there will attest to this.

He has a special attachment to Andrew Jackson.  As most people know, OK I will show off and tell you if you don’t know, Andrew Jackson was a serious slave guy.  Like major. Like he would not even let them go after his death. Like he was one of the largest slave owners in Tennessee. He had a hundred and fifty slaves. While President, he did all he could do keep them legal and did.   So despite the fact he and Lincoln shared the distinction of being born in log cabins, their feelings about slavery could not have been further apart.

Jackson had a special slave, if you one can say that without cringing ~ His name was Alfred.  Alfred lived with Jackson his entire life. He lived on fifty years after Jackson’s death.  He stayed at The Hermitage the entire time.  He lived to be 99 and was one of the few people remaining who had known the President, had lived with him and because of this he became the unofficial – official guide to The Hermitage.

During  his last years people flocked to meet Alfred. And as David, a direct descendent of Alfred says, “Alfred was a rock star”.

To show how far we have come, for years David was a member of the board of the Hermitage Trust, not only a rare position for an African-American, but for a over a hundred and fifty years the board was strictly run by women.

So when David shows up at The Hermitage the seas part.  We got the private tour, while everyone else had officious women in bonnets and 19th Century garb showing them around we had David.  And, David let me take photos, which no one is supposed to do.  Therefore you all are getting a look at The Hermitage that only happens in a book or if you make the trek yourself.

Crib Notes – Jackson bought the land seventeen years after he moved to Tennessee,  at the age of 37.  This was before he had won the battle of New Orleans, before he was in government and long before he would become President.   He died there at the age of 78.  The property consists of 1100 acres.  And among the many things that make it unique is there are two presidential homes on the property.  It is in fact the only Presidential home with two homes on one property.

The first one is a two – story log cabin where he and his wife Rachel lived from 1804 – 1821. In 1815 when he returned to Tennessee as one of the most celebrated men in the country, having decimated the English in the war of 1812, he lived in a simple log cabin.  It wasn’t until 1819 that he started to build a Federal style home. In 1836, it had become more of a Greek Revival structure after a fire had destroyed part of it.  It is that home one visits today.

David informed us unlike most Presidential homes, eighty-five percent of the furnishings and objects are original.

He and Rachel lived in the big house until she died two months before he was inaugurated into office in 1829.  She sadly never got to share the White House with him.

After two terms in office he returned to The Hermitage where he lived for the last eight years of his life.

But Alfred lived on and in an odd wonderful twist of fate, while having spent his life as a slave and  always living in what were his slave quarters, he would become the main man of the house.

And today his relative, a successful lawyer proudly shows people around the famous historic property.

One of the most touching, heartfelt things I have heard in years,  was David Ewing sitting in Alfred’s tiny abode and saying “I’m so happy here. This is all part of me”.

In those moments you realize with all its problems, America can be  an extraordinary place.