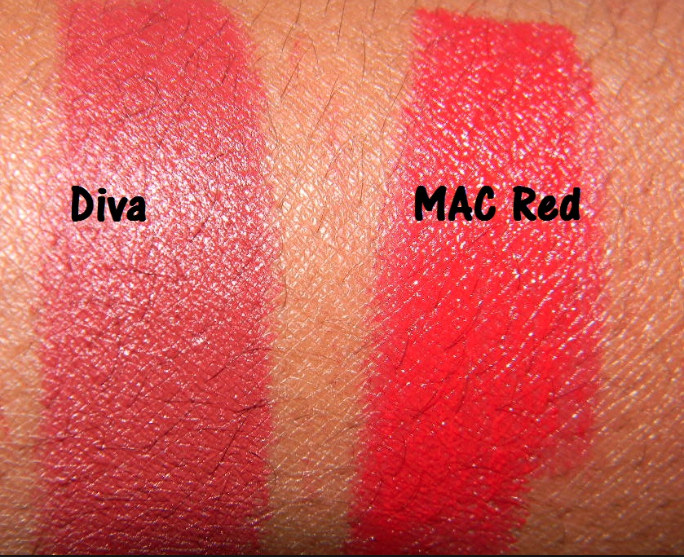 I admittedly follow some silly, shallow sartorial blogs. I like fashion and after a long day of wringing my brain to hopefully makes sense out of my thoughts and turn them into words I can use some mindless titillation.

One of the popular sites I follow is called Le Coveteur.  They became known for doing photographic series of people’s belongings in odd configurations. Most of the photos use bookshelves for a backdrop. The same 1o coffee table tombs usually show up in most of the shots, so they could come from the prop department. The clothes are then carefully displayed to look randomly placed, Jimmy Choo’s pop out of Balenciaga bags, with a decorative skull nearby.  Dresses and slips hang from bicycles that happen to be in the living room. The theme usually being life is a backdrop for my fabulous possessions.

I follow the site not only in blog form, but on Twitter and Instagram. Just incase I forget to look the day they show us Rachel Zoe’s moto jacket stuffed into her Birkin, there are always three places there to remind me.

So the other day I was glancing at it on Instagram and there was a woman, I think she is one of the founders of the site, and she was holding up two red lipsticks.  The caption was,  “ It’s like Sophie’s Choice only with @maclipsticks.”   They were actually comparing her having to decide between two red MAC lipsticks to the decision Sophie was forced to make.

At first I was judgmental and jumped to the conclusion that they were morons and didn’t read. How else could they not know who Sophie was and what decision she was faced with?

Then I thought maybe they didn’t like William Styron. Perhaps they read his book on depression first, found it depressing and never delved further into his canon.

Maybe their little brains are too scrambled after a day full of choosing which ankle boot looks best with which skull and they just can’t focus on anything longer than a Tweet.

But, hey, wait a minute.  Sophie’s Choice was also made into an award winning film. OK, it was a while ago, but it did star Meryl Streep.  And what film is in the perpetual Netflix queue of every fabulous fashionista?  The Devil Wears Prada.  So how could some of them not have fallen head over heels for Meryl Streep?  And then not made it a point to watch every one of her films?

Had they done that, had they spent an entire weekend throwing their own Meryl Streep film festival, they would know that between Miranda Priestly and the French Lieutenant’s Woman; the Dingo ate her baby.  She had a farm in Africa. And in Alan Pakula’s 1982 film,  Sophie’s Choice, she had to choose which of her children would live, and which would be gassed to death immediately by the Nazis.

And had they been armed with that information they might not have made the asinine comparison to choosing between two shades of lipstick and “Sophie’s Choice.”

Ignorance would not have reared its ugly head online yet again.  And the styley girls would not have made it look like killing six million people had the same impact as a trip to the Lancome counter.

Me being me, I had to say something. I was actually very nice.  I felt I was doing them a favor. I thought if they knew how offensive the remark was they could take it down or edit it as to not make them look like fools.

This caused a flurry of people to go – “Oh yeah that is gross.” One person wrote “Shameful thing to say.”  An idiot said “Great reference.”  One  added “That’s fucked up.”  My favorite was “Debasing complex ideas one stupid blurb at a time.” I instantly started following her.

I watched the site off and on all day. They never took it down and they never amended it. They just let it sit there, their inane lipstick remark just gathered more eyes and likes as the day progressed.

There wasn’t much I could do. But I felt I had to follow my principles and make my own choices, so I unsubscribed from their site. I stopped following them on Twitter and Instagram. And I chose to tell all of you. 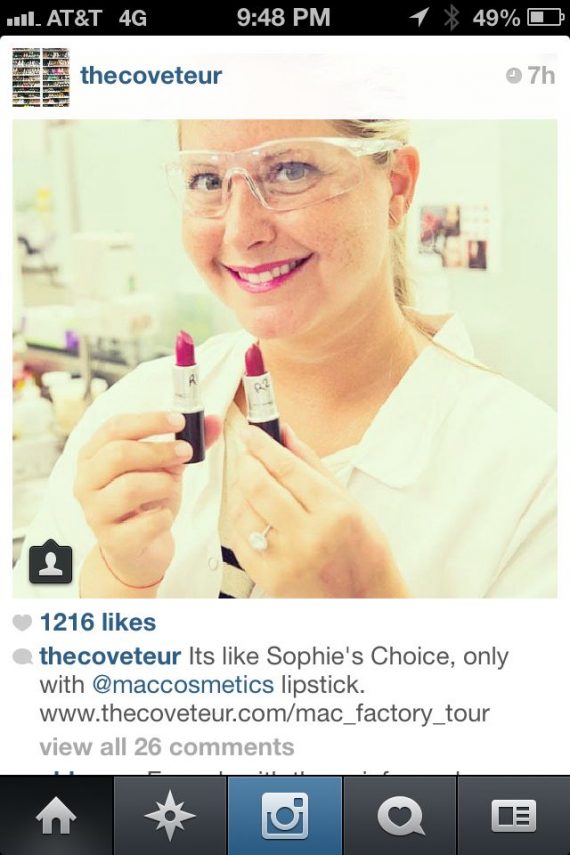 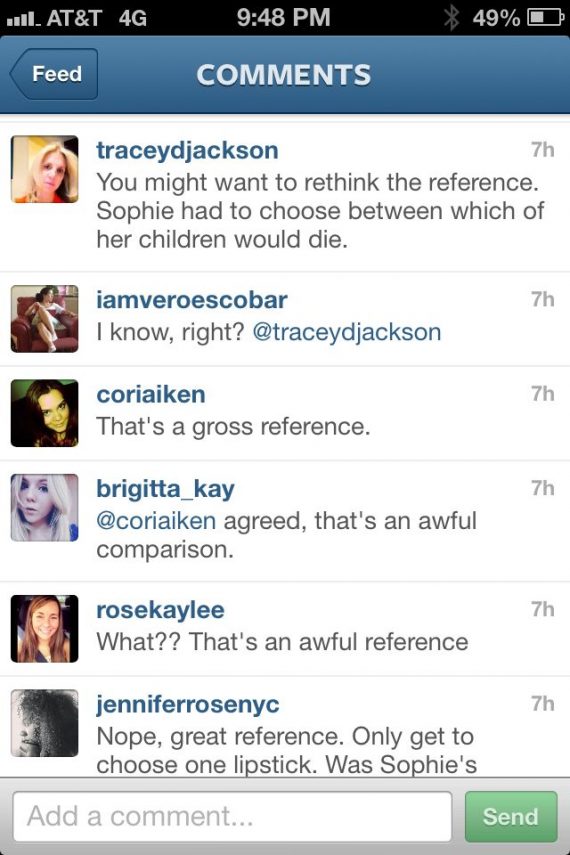 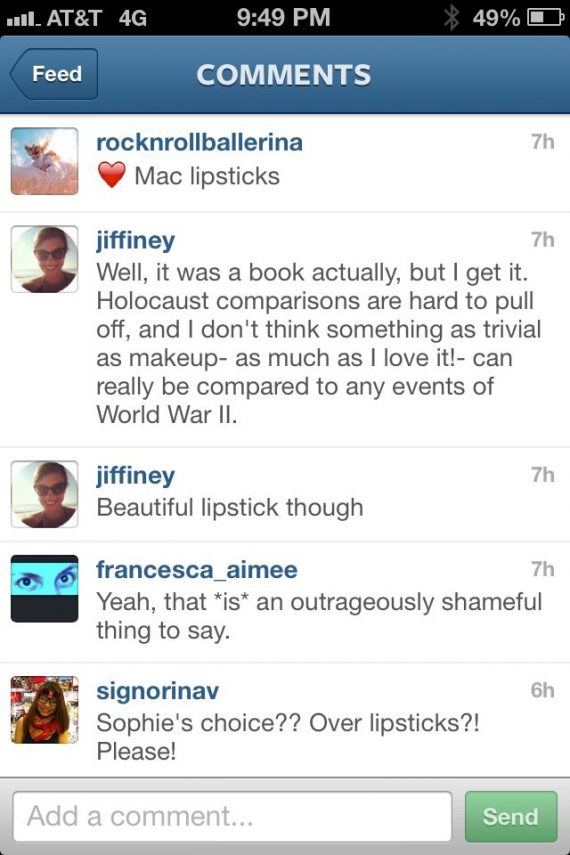 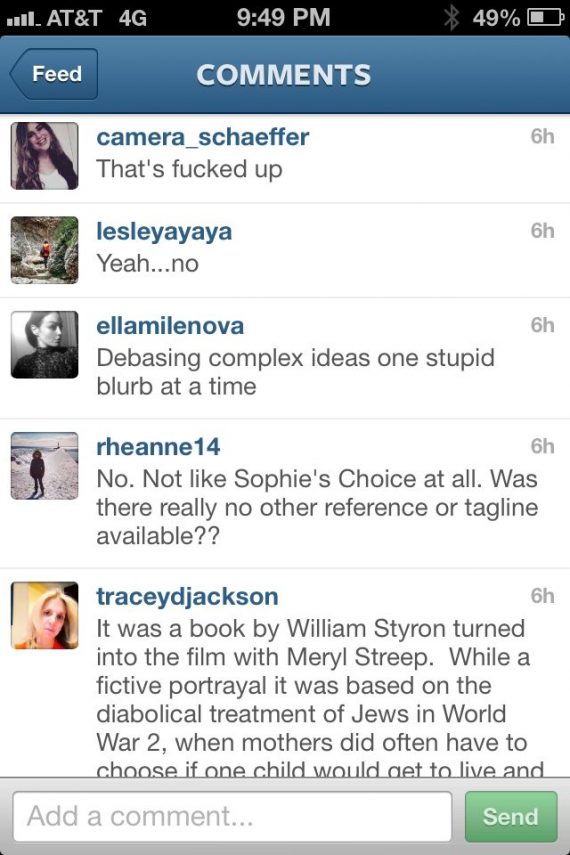