As things move faster and faster and one gets older it’s hard to avoid glancing backwards and making comparisons. Sometimes I feel like my grandfather when he used to talk about a car costing $2000 and I would just rolled my eyes. I now roll my eyes at myself. 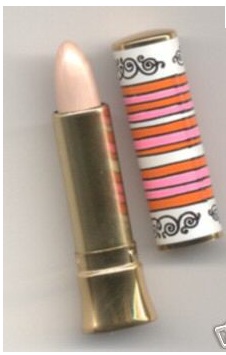 WE ALL HAD YARDLEY IN COMMON

As things move faster and faster and one gets older it’s hard to avoid glancing backward at the way things were. Sometimes I feel like my grandfather when he used to talk about a car costing $2000 and I just rolled my eyes. I now roll  my eyes at myself.

But, there are so many choices today, and it feels like fewer and fewer opportunities for kids to actually share experiences and have one or two items in common. Those odd Proustian moment inducing things like pet rocks, or pukka shells that conjure up different memories only with the same props.

This notion came alive for me shortly after I did the blog on Davy Jones’ death.  My friend Sheldon Bull, (slight aside and this works so well, today is his 60th birthday – HAPPY BIRTHDAY SHELDON!)  Anyway, after that blog Sheldon wrote a stunning comment where he remembered all the things that were a part of that moment in time. It was through the eyes of a young man coming of age, the music, the clothes the girls wore and the thing that sucked me into my own Prousitan moment – “the girls in white lipstick.”

Ah, the white lipstick.  It wasn’t’ exactly white, white; it was a sort of ivory pink with a lot of shimmer, like the inside of a sea – shell.  I had thought of it and referred to it sometimes when talking about my youth.  It was my first lipstick; it was most girl’s first lipstick. It was called Good-Night and was made by Yardley.

After I posted Sheldon’s comment I went online and searched for it. I found the image, the orange and pink striped tube I remembered so well.  The one I would grab out of my bag as soon as I got to school and smear on fast since I wasn’t allowed to wear make-up out of the house yet. The one we all wore to Jr. League Dance class, even if we had to put it on when got there as and rub off when our parents picked us up.  I could see it, smell it, taste it like it was yesterday.  It was my madeleine in lipstick form.

I screen shot it and put it up on my Facebook Page; within minutes I had more comments than I ever had or have since on any posting.  Women chimed in from everywhere, all with a version of the same history, ‘ OMG, My first lipstick!”

“I was so excited when I got that.”  “I loved that so much.”  It was  like a first kiss, or the first time you had sex. Everyone remembers their own but most people don’t share the same person, not on Facebook at least.

Women from all over the country, with different backgrounds and life experiences before and after all had one thing in common, that lipstick.  And like many things that are firsts, its memory was much more in tact than the thousands of lipsticks that had come after.

One comment came in from my friend Susan Stoltze Davis. Her memory was the Siamese twin of mine, as Susan and I got that lipstick at the same time, at the same store and probably on the same day. She might say I got it first.

We would ride our bikes to La Cumbre Plaza, and head straight for the drugstore where we would stare at the few products appropriate for our age and budget.  The Yardley twins were the ultimate. There was a pinker shade called Good-Morning but it wasn’t nearly as grown up. There were the Loves Lemon and Baby scent colognes, and Bonnie Bell, that was pretty much it.

Most women will tell you that tube of Good-Night lipstick was their first step into womanhood, or what felt like it.

Girls remember buying it, wearing it, feeling like a whole new world was opening up.  Boys like Sheldon would never know the name, but they clearly remember the odd color of the lips they were starting to think about kissing.  We all wore the same color, owned the same lipstick and were proud of it.

It never occurred to us to wear or buy what our mothers wore, and there were very few options.

There was no Sephora with twelve thousand colors and glosses and products aimed at the young consumer.  You got one gloss and one lipstick and you were joyous when you purchased it and all remember it to this day.

I think of Lucy and her friends heading into Sephora all on their devices having multiple chats while each one buys something different.  Most kids have more and want more than we did no matter what their income bracket.

I wonder what will stand out for them. What  memories will they share that define an exact point in  their lives?  Perhaps they won’t care.  You don’t miss what you don’t know.

And I imagine if Lucy were to take a time travel trip back to 1970 and go to La Cumbre Plaza Drugs she would say :Why don’t they have any stock? Where is Stila, and Bobbie Brown, and MAC? And hey how come this store has no cell phone reception?

So this blog is for the girls who came of age with white lips and the boys like Sheldon who kissed them.