OK, I'm pissed off that The Artist took most of the Oscars the other night. I don't care that much about the Oscars at this stage and according to the ratings neither does as much of the world. But could someone please tell me when they became global awards. I thought they were American awards. 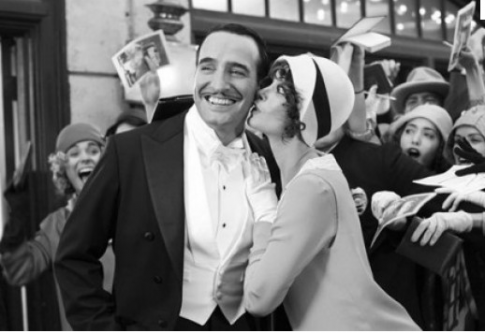 WHY DID THE ARTIST HAVE TO SWEEP THE OSCARS?

OK, I’m pissed off that The Artist took most of the Oscars the other night. I don’t care that much about the Oscars at this stage and according to the ratings neither does as much of the world. But could someone please tell me when they became global awards? I thought they were American awards.

We don’t take our films to France and get Cesars. Forget that I didn’t love the film. OK, don’t forget it – I go on record ~ I did not love the film. It didn’t make me want to run out of the theatre screaming the way the overblown, overwritten, overshot, forty minutes too long Titanic did. It was a sweet little foreign film. I don’t think it had much of a story. It had a conceit.  The story line was  somewhat of a cliche. It was totally self-referential, which Hollywood either loves or hates depending on their mood that year.   It was a talked about film but not hugely successful, as it is the lowest grossing film in the history of the Best Picture award. Yes, the actor (whose name I have never bothered to remember) was charming, but he is expected to be. That’s like saying the roller coaster was scary. It’s his job to be charming. It’s the roller coaster’s job to scare the shit out of you.

I don’t really know who the audience was as the day we went we were the youngest in the theatre by decades. And that is saying something.

But the real problem I have is it was not an American film. We have made this big exception for the Brits, and maybe that is a language thing. So when they win for screenplay, they usually deserve it as their English is often better than ours.  But The Artist  was nominated for Best Screenplay????  Thank God it didn’t win that.  Lucy said  “Don’t they need dialogue for that?”

But then The Separation which won best Foreign Film and I thought was a very good film and deserved it, was also nominated for screenplay. When did all this become interchangeable?

Someone must have said something, as at one point when it got it’s 9000th award of the night, they boomed  “The Aritst the only film that was shot entirely in LA.”  They left out with a French star, director, producer, and writer…

Those awards are important for more than people’s amusement and designers to strut their stuff, they result in people getting hired. And at  a time when so many in Hollywood are out of work, to have worked on an Oscar winning film would have assured them many more jobs.

We need a border patrol for these awards we really do. Someone build a fence. I usually prefer foreign films or docs as they are about something and they never require you to wear goofy glasses.

I don’t know if  the people who make films feel guilty because they pretty much only greenlight things that come with 3-Glasses or started life as a comic book, so they decided for one night they would honor a time when there were no words, much less special effects. Maybe it should have gotten The Louis B. Mayer award or something that harkened to another time.

I don’t know why George Clooney did not win. The Descendants I felt was a truly good film, a grown up film, it said something, it was about something. It was well made and well written. He gave a really great performance and they spoke real words.   It was shot in Hawaii which is a state. And since when did we start caring where things were shot?

Midnight in Paris which I thought was far superior film to The Artist was shot in Paris; does that make if a French film? NO.

This is not a sour grapes thing either as I’m writing a film at the moment. I was just as Kevin Kline says  in a truly great film, Fish Called Wanda,  “DISAPPOINTED.”

I do love the fact that George Clooney’s girlfriend is a wrestler. I think he might be our last movie star. He looks gorgeous is very grown up in so many ways and a total child in others. I find that much more charming than just being French and not saying anything.