Just got up to an empty bed. No, Glenn did not leave me, but he did what we promise each other we will never do on vacation he got up and he went and worked out. This is just so not OK. First off, we are competitive about this, secondly at six-thirty some guy arrived with coffee. What the he is going on? I uttered "Six Am on a jet lag sleep day." "Gotta get to the gym" "You've got to be kidding?"

“You got plenty of sleep ”  he said when came back.  “When was that? ”  On the plane.  On the plane?   “The four five hours between Atlanta and Rome? That was a night’s sleep? ” I then rolled over and went back to sleep for two more  hours, woke up and immediately ate a donut.

Yesterday was a weird day as we spent the whole day wondering if Taylor was going to get her passport and make it. There was a big glitch that I didn’t think she would be able to get over  without access to her birth certificate.  When they printed her passport six years ago they made a typo, they put my birthday as hers, which we never noticed until recently. We figured it wasn’t  an issue at that point and we would fix it with the next passport. Our birthdays are one week apart, so some clerk just typed in mine instead of hers. But this was  a big problem when she had to go convince the US Passport office her birthday was really May 19th and not the 12th.  It took her all day and with the help of our friend Mark Lubell who escorted her for part of it, she did it..

She is presently on board an Alitalia flight and will be here at noon.  Though that left yesterday with us wondering if she would in fact pull this off.  And if she didn’t’ we would stay for three days then head home and spend Christmas with her and forgo the rest of the trip, which includes Florence and Amsterdam.  So on top of the jet lag, Glenn reports I don’t have, and the anxiety over Taylor we decided to just wander around aimlessly. We couldn’t really focus on anything much.

It was a gorgeous day.  After writing my blog, the first thing I did after finding out if my friend Luciano was still alive was to call him. But he is rather deaf and it was hard to  have a conversation. But my friend Natasha sent me a FB message and she is coming down to see us!

So, I sort of followed my own blog memories, we headed over to the Piazza Navona, which was not as impressive as I remember. Pretty, but it had a tacky Christmas market set up.

We took some photos, bought Lucy marzipan and left.  Ended up grabbing a pizza and wandered around the streets looking for churches with Carvavggios  We didn’t find any.

Lucy was tired, a good sport but really wanted to see the Via Condotti, so we walked over there. By then I was getting updates from Mark and Taylor, a which point it wasn’t looking good thus I had a hard time concentrating. I went into one church didn’t even check who the paintings were by and lit a candle for her to get her passport. I know that seems like a trite  thing to do, but I am a baptized Episcopalian so I can do that.  While I was gazing at a statue of Christ  on the cross and muttering something to myself, Lucy  said – you are so many religions rolled into one, without being any. I thought that was sort of brilliant of her.

All and none, might be the way to go. I pray to Ganesh when in his presence, pray in Churches when I am in them and In Temples I get sort of confused.

Back out on the Via Condotti, still no answer. The only thing we could really say without hesitation is the Gucci store was filled with Japanese and Arabs and they were selling fakes on the street two blocks down.  That was my one  conclusion of the day. And the desire to buy a Gucci bag was not the same as it was forty years ago.

Alls well that ends well, at dinner she called us, by then I was convinced we were going home, she gave us the news. We celebrated with carbs and came home and went to sleep.

I have pre-ordered tickets for the Borghese Galleria this morning. The concierge just informed us they were on strike. Gotta Love Italy! Wonder if I get my money back. Who cares

TayTay will be here by one, our family will be together.

This blog is filled with errors I just tried to correct. WordPress and Italy do not mix. 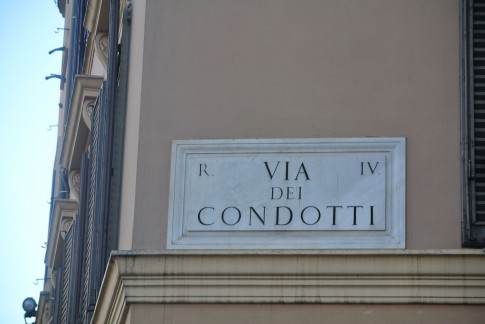 Im pressing publish now we may be short on photos but  I have to make chimp while the internet is up.