I have n0t blogged for several days, selfishly I really wanted the time to get in as much as possible and thanks to David Patrick Columbia and JH of The New York Social Diary I had a hall pass as they ran three of my blogs in two sections on their widely read site. Reposting totally counts, especially when it looks a million times better, thanks to people who really know what they are doing. So I want to thank them for not only running the blogs, but giving me two days off so could see my friends and run around and get in as much as possible. 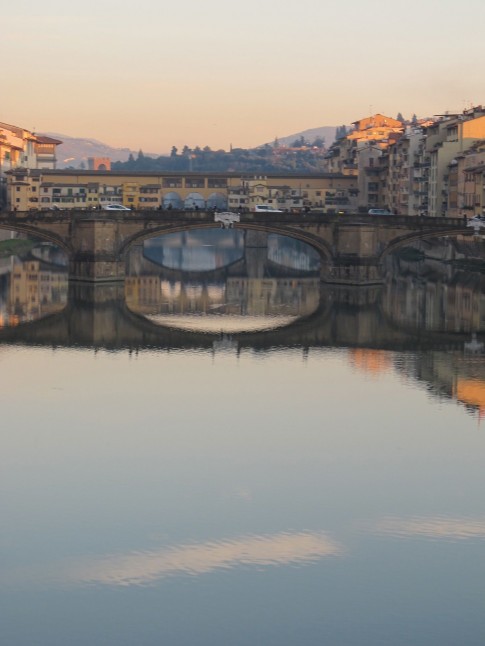 I have n0t blogged for several days, selfishly  I really wanted time to get in as much as possible and  thanks to David Patrick Columbia and JH of The New York Social Diary I had a hall pass as they ran three of my blogs in two sections on their widely read site. Reposting totally counts, especially when it looks a million times better, thanks to people who really know what they are doing. So I want to thank them for not only running the blogs, but giving me two days off so could see my friends and run around and not have to stop to blog.

Thanks to that time we really got a lot in. Unfortunately unlike Rome Florence is rather strict about where you can take photos.  It pretty much breaks down to nowhere inside, and that means museums, Churches, crypts,  you name it. And they have all sorts of people waking around checking on you, which means sneaking is impossible, or nearly. I managed a few time.

The last two days were packed. In  the morning we went to The Accademia and saw Michelangelo’s David. The one thing I do remember from my only trip to Florence. The thing about the David is there are many great works of art in the world and if you are lucky enough to see them up close, sometimes they disappoint: not all by any means, but some.  Many one who have seen the Mona Lisa, I think might agree. You get up to her and you go, this is what all the fuss is about. And then there are things that are just so astounding you stand and stare for what feels like hours. That are far grander than their reputation. This is true with The David  –  and it’s not because he is a naked guy.  The whole museum is astounding,  even the girls couldn’t quite believe what they were seeing.  At a certain age there is only so much 14th Century religious art an eleven year old can take. This blew the away.

To balance it out we went to the Museo Ferragamo another museum devoted to the luxury leather trade. And while the Gucci is chicer and more shopper friendly, the Ferragamo is more sophisticated in terms of art and history. I never  knew he started his career in Santa Barbara. And they really integrate history, art, design to show his inspiration. What I found most amazing was how advanced he really was in terms of design. One thinks of his shoes as a bit frumpy today. But when you see what he was doing in the thirties, which I can’t show you as there were no photos allowed, but they look exactly like what some of the really fashion forward shoe designers are selling today.

I was very blessed as two of my oldest friends took the train in from the towns where they live to see me. Natasha Timofejeff who I have known for thirty plus years and is part of that whole Luciano story  took the train in from Arezzo where she now lives to spend the day with me. I was so thrilled to see her. She reminded me we had not seen each other since I was pregnant with Taylor.  We had a family lunch at Harry’s Bar, which has significance for Natasha and me as that is where we would eat with Luciano. After getting some time with Natasha  my family took off, the girls wanted some time alone in the shops with the assurance they would not be dragged into one more random Church and Glenn needed to see some book people.

Natasha and I wanted time to catch up and we took in the show  Money and Beauty – Bankers, Botticelli and the Bonfire of the Vanities at the Palazzo Strozzi. These Palazzos are too much, one after the other, which is what a lot of the exhibit is about.   This was one of the most interesting shows I have seen, not only for the extraordinary art work being shown, but it could not be more relevant to what is going on in the Western world today.

The next morning we hit the Medici Chapels which was not only their private Chapels but where many are buried and some of their belongings are shown. The whole Medici family tree is so confusing, I am presently reading The Rise and Fall of the House of Medici  by Christopher Hibbert to help me untangle it all.

Again no photos were allowed and it was so dark you needed a flash so there was no sneaking.

After that we dragged the over to Santa Maria Novella, this was it, they said no more CHURCHES. But I had to see it. If you are interested you can click on the link, if like my girls this series has you Churched out, then move on.

I was very set on finding the Bellini house where I first stayed in Florence so many years ago. I was lucky that a friend from Santa Barbara sent me the address that morning. So after  a wonderful lunch overlooking the Arno at the Hotel Lugarno which is owned by the Ferragamos. Lucy is waiting for the Gucccis to open one, we took off down the Arno to find the house. Was my memory in sync with reality had it changed? Would it be the same or some McPallazo?

It was in fact exactly how I remembered it, though it has now been turned into a museum. Sadly it was closed for the holiday. But it was as impressive as it was close to forty years ago and it did take me back. It is also nice to see that some things stay the same. The chances of that happening in a city like Florence are more likely than say a city like San Jose, but it was nice just the same and I liked being able to show Glenn and the girls as I had talked so much about it. 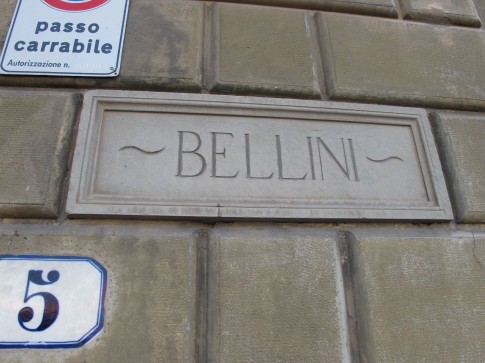 That evening my friend Margaret Hartley Pezzo took the train in from Milan to see us. I go the furthest back with Margaret, I have known her since I was 14. And the lovely thing is now our daughters are friends and through a whole long tangled set of connections, too involved to go into here, I met Natasha through Margaret even though they don’t know each other.

We went to dinner on the early side for Italy and like with Natasha I could have spent so much more time with Margaret.

But we had to be at the airport at five-thrity, that is a whole blog in itself. For the moment it is arrivederci to Italy.  Wonderful memories old and new and hopefully more to come in the future. 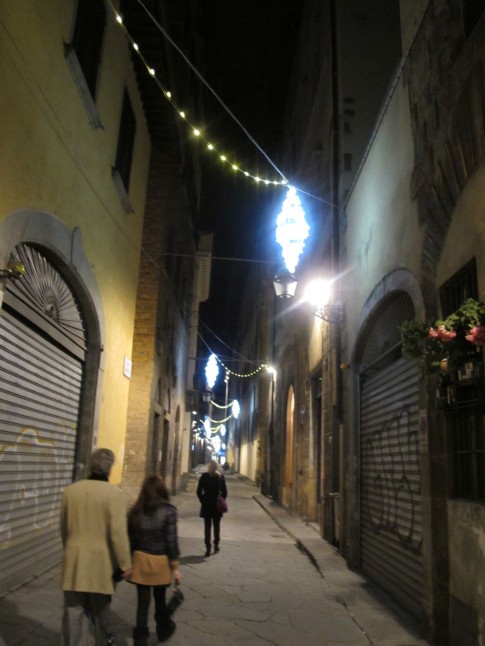