We took the train to Florence yesterday. A pretty swell way to spend Christmas Day if you ask me. We did catch a bit of Mass at two of the Churches near our hotel before we left: But not enough so it really counted. I have not been here since I was 16. I remember very little about that trip. Not true, I remember quite a lot, not all of it can I share. 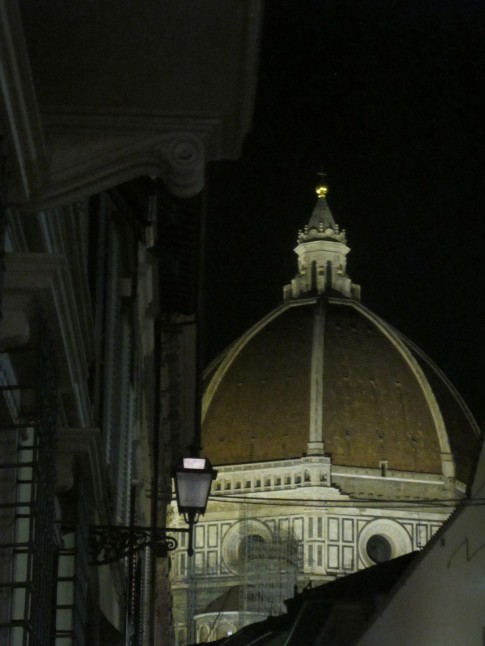 We took the train to Florence yesterday. A pretty swell way to spend Christmas Day if you ask me. We did catch a bit of Mass at two of the Churches near our hotel before we left: But not enough so it really counted.

I have not been here since I was 16. I remember very little about that trip. Not true, I remember quite  a lot, not all of it can I share.  I don’t remember many sights. I do remember the statue of David and the shops, but mostly it was a very social trip.  We stayed with  friends of my mothers, this sort of swank couple called the Bellins who lived in a Palazzo on the Arno. Now until today when I was trying to find their house, I didn’t realize what a shut the front door  thing that was.  My childhood was a bit that way. I did a lot of things that were rather grown up and I don’t know if I took them for granted;  it’s just you know we arrived here and we stayed in this Palazzo and that was that, that was a lot of the way we lived.

What I do remember vividly  are two  things ~ one was a pasta the Bellini’s chef prepared, which was a giant crusted pie dome thing and Beppe, I guess it was Beppe Bellini would crack this thing open and steam would whoosh out and it was filled with the most amazing pasta I had ever had. I can see that like it was yesterday. Beppe might have even made it himself, but I seem to remember a cook.

And then of course like all my Italian adventures there was romance. The first night  we were at a dinner party and I met the most handsome man named Allessandro Dalgas. I can’t remember my own name some days but I remember every syllable of his.

He was a bit of playboy and  drove a red Ferrari, as I write this it all sounds like such a cliche.  Cliche or not that was how I spent much of my four days here back in 1974, roaming around with him. We went to private discos, back in the days when they had them and stayed up all night drinking Campari and soda.  That probably sums me up as a teenager, I drank Campari and soda.

And then of course in that way a young girl does I developed a massive crush on this gorgeous Italian and I fantasized that we would get married and have beautiful children that spoke Italian and English and we would live here and go to the States for holidays, where I would only speak to them in Italian. I remember spending a lot of time coming up with that scenario, but not seeing the Uffizi. I also remember thinking before this glamorous international life started I had to return to Santa Barbara and finish high school.

Of course none of  it ever happened( I did finish High School)  in fact he was supposed to meet me in Venice. My mother kept saying “He won’t show up.” She wasn’t being mean, just practical. And he never did. Pre mobiles I spent four days in Venice coming up with excuses to go back to the hotel to see if he had called, which he never did. And I learned my first lesson about certain types of men, though it did absolutely nothing from  keeping me from falling in love with them for the next decade.

I went back to the States with a few cassettes of mopey Italian music, one of those stove top espresso makers and spent two months talking with fake Italian accent, listening to Italian songs and wired on espresso. Those are my memories of Florence and I never came back.

So here I am  thirty plus years later, the only thing that hasn’t changed is I still drink Campari and soda. 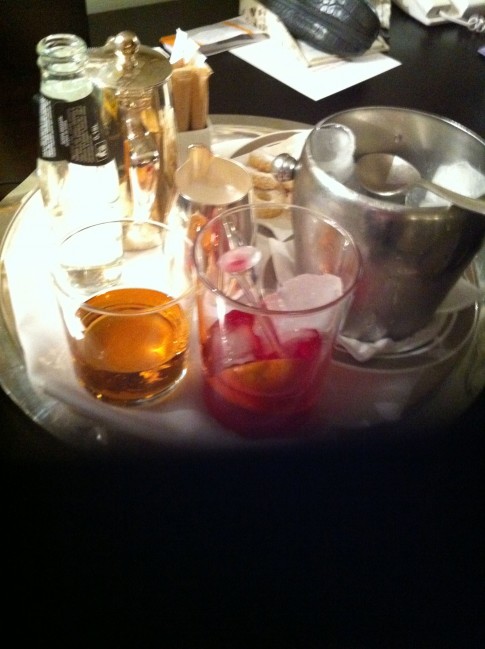 I expected things to be closed today, but perhaps not as closed as they were. I don’t have many photos of what we did as the things we did do were in places where we were not allowed to take photos.

We started the day at the Uffizi Palace, I really wanted to see it since last time I was there I sat on a bench thinking about Allessandro Dalgas and not looking at the art. It was hard for me to get annoyed at my own kids when they took to the bench after an hour and used their devices. I remembered how much time I spent on benches in  museums in my life.

After the Uffizi, a long walk and lunch we went to the GucciMuseo, which they have oh-so-wisely set up next door to the Uffizi. The girls loved this museum. I did too. It is four floors of  their iconic goods and a show by Bill Viola.  No photos allowed. I snuck one. 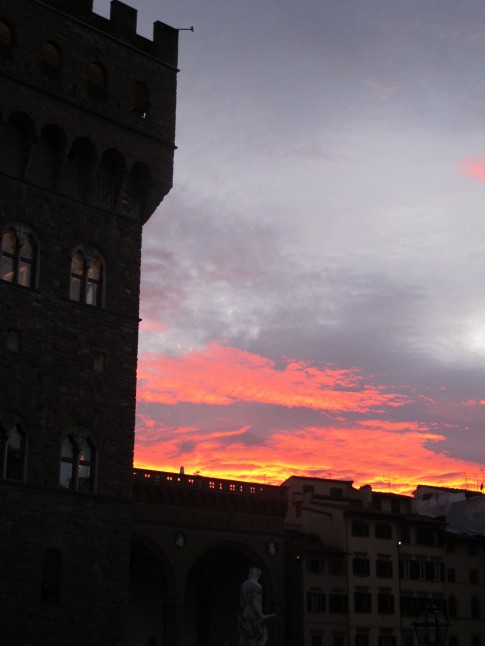