A friend asked me off handedly if I’d been down to Zuccotti Park this week. The gist is of course how can one be on both sides? How can you live a certain way and feel another? I can’t lie about my life, I’m an open book. I’m not married to a hedge fund manager but I’m not married to the manager of a Wal-Mart either. I grew up a certain way, as are my children. ] 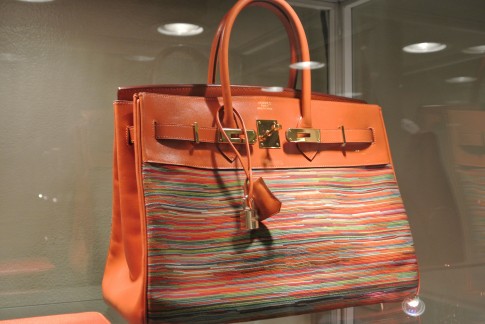 A friend asked me off handedly if I’d been down to Zuccotti Park this week.  The gist is of course how can one be on both sides? How can you live a certain way and feel another?  I can’t lie about my life, I’m an open book.  I’m not married to a hedge fund manager but I’m not married to the manager of a Wal-Mart either. I grew up a certain way, as are my children.

But that does not mean I cannot hold two thoughts and feelings at once. On one hand I don’t want my own lifestyle to really change, who would?  Have you ever heard anyone say I want to do worse?

But at the same time I am deeply aware of the inequalities in our system. I get upset by everything from old people having to choose between medicine and food to young people coming out of college burdened with debt and uncertain if they will ever get out of it and find a fulfilling job that pays them well so they can live the way they were promised.

I am horrified on a daily basis by the wars we are fighting and the carnage they have wrought. The boys coming home limbless and jobless and now more are coming and where will they find jobs?

I am deeply upset by the whole horse and carriage situation in New York, but that is another blog.

A friend and I sat and talked about this for two hours at lunch this week, but we sat at the chicest lunch spot in the city. What is wrong with this picture? Something. But I will be dammed if I can figure it out. I didn’t’ create it, I didn’t vote for those who did, but I believe there is no question all our lives will change over the next five years. Will the 99% move up or will the 1% merely move down?

People talk about how hard the 1% work. But you know what nurses work hard and school teachers work really hard and people who work in gas stations on the graveyard shift work long, lonely hours and they don’t have the nicest places to come home to and many don’t have their own forms of transpiration.  They take buses and subways in the middle of the night and some bum rides

Now I’m going to tell you something that is going to sound like the most limousine liberal, who cares what you think,  spoiled girl with a conscious thing – but I remember –  oh god this is going to sound weird, but it is true;  When I was a child, my grandmother had a housekeeper for many years named Emma, whom I adored. Emma was a large woman with a huge heart and a small, hard life, though it was filled with family and love. I remember watching her leave my grandmother’s house in the rain and head for the bus that would take her back to Watts, which was an hour away. I knew she had little and life was very difficult for her. She had a husband called Ivory who lost his leg to diabetes. Her birthday was February 19th. I remember it to this day. I always tried to send her something. I think I dropped the ball the last years of her life.

But when I was seven I thought why couldn’t Emma have what we have? Why is life unfair? I remember asking my grandmother why Emma had to be poor?  I know it sounds like a bad scene from The Help, but it’s true. I wanted her to have a life where money was not an issue, at seven I somehow understood things were not even and that was not the way it should be.

But I still think that way. On one hand I think why can’t we all have the same thing?  But the truth is I know we can’t. It should be better than it is and hopefully things will change. But there are always hierarchies and always will be.  Even in Zuccotti Park, the protestors didn’t’ want the homeless around. They thought they were trash and giving them a bad name. There were percentages there too.

I thought about this a lot today as all day there were big demonstrations in Union Square Park and Foley Square. They continued into the night.Thousands were marching for what they feel they deserve, a better quality of life in the richest country (supposedly) on earth and many of these were working people.

I was not in Foley Square tonight (though I was in Zuccotti on Tuesday) I was actually at two parties uptown.  One could be the poster child for what people are so unhappy about.

I was invited to a viewing of jewels and handbags that are going up for auction by Heritage in Dallas next week.

I’m not buying anything but I love handbags. I love them as objects, the way people love art or cars.  Tonight there were many one of kind, mostly Hermes bags on display.  I can’t lie about this, I wanted to see them.

Glenn is out of town; Lucy loves fashion so I took her with me.

It took place in a large mansion on 79th Street. I paid no attention to what it was called.  One floor was watches, don’t care about those, one whole floor was handbags and one was jewels. We only looked at the bags.

A pianist played little tinkly music; people drank champagne and looked at the goods.  It was not crowded. It was rather empty in fact.

It felt weird. It felt like something that was on its way out, it felt like the guy was playing the piano while somewhere things were smoldering and could easily start to burn.

Someone from the Wall Street Journal took our photo, I got paranoid and thought yikes they will use this to go with an Occupy Wall Street piece. We will look silly for even being here. Maybe we are.

But then you say why should people who can afford it and have worked hard not be able to buy what they want or at least look?

Should they stop  making Hermes bags?  Would that solve the problem?

Should they be sold for charity? It goes deeper than that.  The bags really don’t have anything to do with anything or do they?  The circle keeps spinning, it will end somewhere, but I don’t think anyone has an idea where.

After the handbags we went to the opening of Allison Julius and Louis Marra’s Maison 24. They work hard and have a wonderful store. I want them to succeed. They have fun things that make people smile. Nobody would march on their store.