“ It takes soooooo much time” seems to be the cry I hear over and over in response to this series on social media and how to make it work for you. If not that, “I know I must do this, but where do I find the time?” There is no question it does take time. It takes time to set up your sites; it takes time to start your Twitter ball rolling. It takes time to check in on Face book, to fill in your Linkedin page so you don’t get the Post It saying you have dropped the ball. It takes time write blogs, to answer questions, to respond, and to comment.

“ It takes soooooo much time” seems to be the cry I hear over and over in response to this series on social media and how to make it work for you. If not that, “I know I must do this, but where do I find the time?”  There is no question it does take time. It takes time to set up your sites; it takes time to start your Twitter ball rolling. It takes time to check in on Facebook, to fill in your Linkedin page so you don’t get the Post It saying you have dropped the ball. It takes time to write blogs, to answer questions, to respond, and to comment.

And for most of us time is something we are all very short of. I will say without question it is the most time consuming thing I have ever done in my life, including writing a movie for Jerry Bruckheimer who makes you work harder than anyone I ever worked for. The problem is the Internet doesn’t sleep and it’s not a nine to five job. When I was writing films and even my book I always kept banker’s hours. I went to work at ten and was done by four unless I was on a really tight deadline. And I never worked on weekends: ever. But when you are working your regular job, plus blogging, or starting a new endeavor and somehow trying to launch it and yourself into cyberspace you do not have that luxury. I have chosen not allow myself that luxury as I refuse to go more than one or two days without posting and no days without checking into my various sites.

Today being Sunday I woke up thinking about the Sabbath.  I am beyond secular, and have never observed any religion that required I totally shut down on any day of the week.

I have been reading AJ Jacobs’s book The Year of Living Biblically, where  he follows The Bible to the letter for one year, both the Old Testament and the new. Of course in doing this he totally shuts down on the Sabbath. My pharmacist is an Orthodox Jew and closes the store on both Saturday and Sunday. Now after using him for twelve years, why I always seem to forget this I don’t know. But when I went by yesterday to pick up a prescription and found it closed, I was momentarily annoyed, yet at the same time slightly jealous. Glenn and I talked about it, how can he be in business in New York and shut down on the one day people actually have time for their errands?  But they don’t care, their faith comes first.

It got me thinking how wonderful it would be to have a day to just shut  down completely.  This is something I would like to work on, but for the moment while I still have a young child in the house and a film I am working on, and another book to come up with and a house to run and then my time suck cyber-life, I don’t see that happening in the near future.

The truth is when you embark upon this cyber journey and do it with real dedication, some things do have to give. For me the first to go was the daily newspaper, both The NY Times and my once guilty pleasure The New York Post. I do get news on feeds and on Pulse and I try and turn on the evening news while I am making dinner. I do know what is going on, but I don’t sit down and take an hour and absorb it all at once. I need that hour. I also gave up the morning TV News shows. I was a lifelong follower of  Today and Good Morning America. But since the gym is non-negotiable and I pretty much leap out of bed and am there by 8, I find if I turn on the TV it is distracting and inevitably sucks me in. So I decided to give it up. In fact I have for the most part given up watching any TV at all. I have two shows I watch with Lucy but that is more about Lucy time, than TV Time.  If Lucy said she would rather finger paint (not likely to happen at 11) the TV would go off and we would finger paint.

I refuse to give up books.  But I fear magazines have recently been added to the chopping block.

The other night a giant pile sat unread next to my bed and I just chucked them. I  figured there was a good six hours there if I really read them. I did keep the New Yorker but everything else went, alright, I read US. But it’s not reading it’s looking at pictures of Jennifer Aniston in Cabo with yet another guy and George Clooney’s new girlfriend. And my favorite “Stars Do It Too” the section devoted to photos of Adam Sandler buying toilet paper, and anyone under thirty who has been in a TV show coming out of Starbucks wearing UGG boots. Today another pile has started to form. I moved it to the kitchen. It will be easier to dispose of from there.

So, no Virginia, you can’t do everything you once did and spend two to three hours a day online. You have to look at your life, remove a few things and carve out some extra hours. Glenn needed an extra hour and a half to work out. He decided to grab that time by getting up at four-thirty in the morning. God bless him. I’d rather give up House Beautiful and Elle.

What can you give up to find that extra time you need? 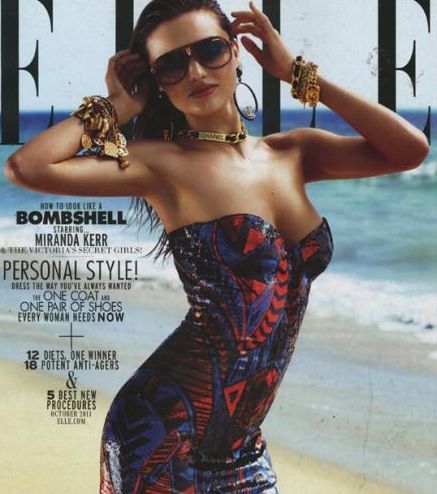