I'm not being blasphemous here, Feather Balls are Matzoh Balls and today is the start of the Jewish High Holidays. Now I don't know much about the holidays or how to cook the meals or make the whole thing work the way it is supposed to as I was raised in a white bread town by Jews who pretended they weren't. So I have to rely on the kindness and wisdom of others. This year I reached out to my new friend Sarah Lohman. She not only gave me some great information she threw in a real kicker at the end. 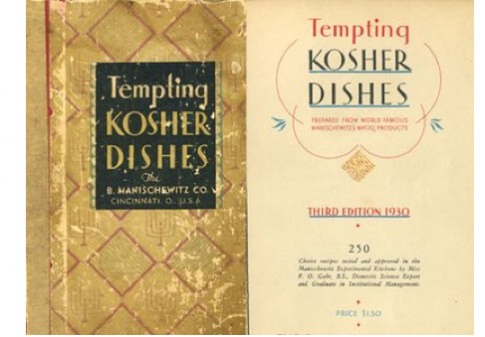 FEATHER BALLS FOR THE HIGH HOLIDAYS

I’m not being blasphemous here, Feather Balls are matzoh balls and today is the start of the Jewish High Holidays. Now I don’t know much about the holidays or how to cook the meals or make the whole thing work the way it is supposed to, as I was raised in a white bread town by Jews who pretended they weren’t. So I have to rely on the kindness and wisdom of others.

This year I reached out to my new friend Sarah Lohman. Sarah, some of you might remember from last week’s blog about Orchard Street, works as an Historic Gastronomist. I find this absolutely fascinating.  I wanted to find out more about Sarah and what exactly an Historic Gastronomist does and I thought it would be interesting to know what a typical Jewish holiday meal might have been  when the immigrants first arrived.  So I did an interview with her and asked her to share some recipes with us. The biggest surprise in all of this comes at the end of the interview. You will be shocked!

So I have included two of Sarah’s recipes and if you want more you can go to her website Four Pounds Flour, which is is fun and informative.

There is the above link if you want to make matzoh balls that don’t sink like a stone.  Sarah also included a recipe for chicken cookies made with schmaltz. Now up until today I thought schmaltz was a corny joke. I swear I did. I had no idea it was chicken fat.  Blog and learn.

What got you into this line of work?

When I was 16, my parents told me I needed to get a job. So I ended up working as a first person interpreter at a local history museum: that means I was in costume, in character. For three summers I spent more time in 1848 than I did in the modern era. During my time there, we cooked daily over a wood stove, and it got me interested in using recipes from the past to understand the day to day lives of other people.

My fascination with historic food continued in college, where I majored in a digital arts/fine arts major. I created projects that dealt with the intersection of food and art. For my undergraduate thesis, I created a temporary restaurant the served Revolutionary War-era food to a contemporary audience. Much of what I did in that time led to the creation of my blog, Four Pounds Flour

Currently, I work at the Lower East Side Tenement Museum as an educator, giving tours as well as researching and developing programs about immigrant foodways. I did a large part of the research for Foods of the Lower East Side, the museum’s new food walking tour, that explores historic immigrant cuisine as well as the cuisine of the current Chinese and Hispanic population. It’s a great tour and visitors leave with a full stomach–and you can catch me leading it on Saturdays.

I also curate events in the NYC area and elsewhere; check on my blog for my schedule.

What is your favorite part of it?

A recipe is a piece of text that you can use to create something real–a visceral connection to the past. I think that’s fascinating. The real joy of it and is when you recreate something, and it actually tastes good! I have certain historic dishes (like Hugenot Torte) that my friends ask for by name. I also love finding a moment in historic texts that can be used to inspire a modern dish; like an interesting flavor combination. For example, in a handwritten cookbook of the Leffert’s family, one of the first families of Brooklyn, there’s a recipe for “New Years Cakes,” cookies that are flavored with orange and caraway. It’s a delicious, and unexpected, flavor combination.

Why are you vegan now?

One of the ways I approach historic food is through total immersion. I know, I’m beginning to sound a little crazy. If I find a period of history, or a group of people, I’m interested in, I’ll adapt their mode of eating for a week. I’ve eaten the diet of an impoverished tenement family from the 1870s; I’ve kept orthodox kosher using a 1914 menu from the Ellis Island Kosher Kitchen; and I just finished a stint as a vegan. Surprisingly, veganism has been around since 1910! I find that by eating these recipes for a week, I often make discoveries about a way of life that wouldn’t reveal themselves in one dinner.

Why does Jewish food get such a bad rap?

Because Jewish food doesn’t exist! There are only two foods that all Jewish people have in common: matzah and haroset.

The food that was brought to America with Jewish immigrants that are now defined as “Jewish,” or even “New York Jewish,” are actually regional dishes that share geographic commonality, not religous or ethnic commonality. I grew up in Cleveland, Ohio, which had a large Catholic immigration about 100 years ago from the same parts of the world as the New York Jewish community: Eastern Europe and Russia. Growing up, I knew babka, rugelachs, goulash, and more, but I associated them with the Catholic Polish immigrants.

The idea that binds Jewish food is kashrut, which can be adaptable to any cusine; new Jewish immigrants at the turn of the century were perfectly willing to go to cooking classes to learn “American,” food; giving up food from home didn’t clash with their cultural identity, like it could for the Italians.

I think that has a lot to do with the bad rap that Jewish food has gotten; at the same time, the food Jewish immigrants were cooking in New York at the turn of the century was often immensely flavorful, playing with the ideas of sweet, sour, savory and spicy.

What are your favorite recipes from days gone by / (break the fast)?

The best way to break the fast is with something sweet and carby; your blood sugar has taken a dip and you need something to revive you. Muslims break the Ramadan fast each night with a date, a very sweet fruit. I suspect that eating apples with honey or pomegranates for Rosh Hoshana may not just be a tradition that brings a sweet New Year; both are perfect foods with which to break the Yom Kippur fast.

At the tenement museum, we’re working on translating the first Yiddish cookbook to be printed in America, by Hinde Anchamnitzki, punlished in 1901. We plan on building a larger program around her seminal work utilizing our new demo kitchen space. She has a great recipe for “English Apple Compote” that plays with the sweet/sour flavors that traditionally appear in Jewish cooking. I’ve tried it, and it’s fantastic. “Sour Salts” is citric acid, which I was able to find at Williams Sonoma, of all places.

What will you be eating this holiday season?

Despite my name, ethnic look, and the amount of time I’ve spent studying Jewish cuisine, I’m actually a goy. I was considering fasting this year to gain a deeper understanding of the High Holidays. But I think I might put upon one of my Jewish friends to adopt me for a day so I break the fast at their table. 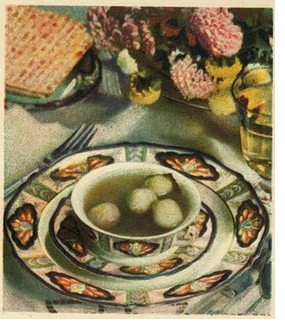