Yesterday we wandered into the Apple Festival on Orchard Street. Old New York, mixed with hipster New York mixed with every kind of apple concoction you can think of. It made for a perfect fall day that could only happen in New York. 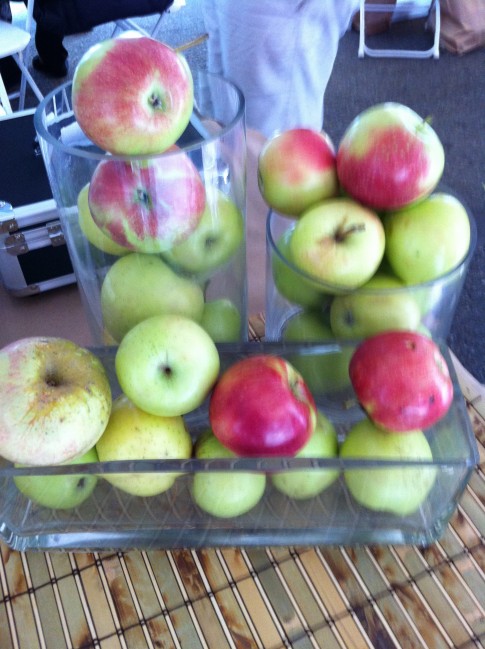 I was actually going to write a completely different blog today, but last night after Glenn’s birthday dinner. Yes, it was his birthday yesterday. Anyway, we came home from dinner and ended up watching a TV Show about food at the turn of the century on the Lower East Side. This show was right up Glenn’s alley as it was full of his favorite topics, history, Jewish history, food, if it hadn’t been his birthday I might have asked him to switch the channel. But I sort of got into it too and there was a segment with a young woman named Sarah Loman who is a food historian and she made veal tamales like they used to sell on pushcarts. Yes, Jewish tamale. Who knew?

So today when we were deciding where to go ( it was a gorgeous fall day here) I said let’s go to Orchard Street.  Most of the show took place on Orchard Street.

Lucy wanted to go to neighborhood where she would be likely to run into a Sephora. But it was two against one and we had the money. Besides Glenn wanted to go to The Tenement Museum where we have never been.

We got to Orchard Street, which has become very trendified. It is not teeming with pushcarts, there are a few I can sell it to you wholsale stores left,  but for the most part we are talking organic state of the art coffee houses, hip little bars and restaurants and great little stores. It’s what Soho was several decades ago, Nolita was two decades ago, and what Brooklyn is becoming.

But, today was Apple Day on Orchard Street, which meant the whole center of the street had been shut down and it was full of booths only selling products that had to do with apples. Now being the uninformed Jew that I am, I don’t know if today is some sort of Jewish harvest holiday, or Orchard Street just couldn’t resist the lure of the sound of Apples on Orchard Street. Whatever the reason, we had a ball and the highlight was….well you have to see the photos to find out. 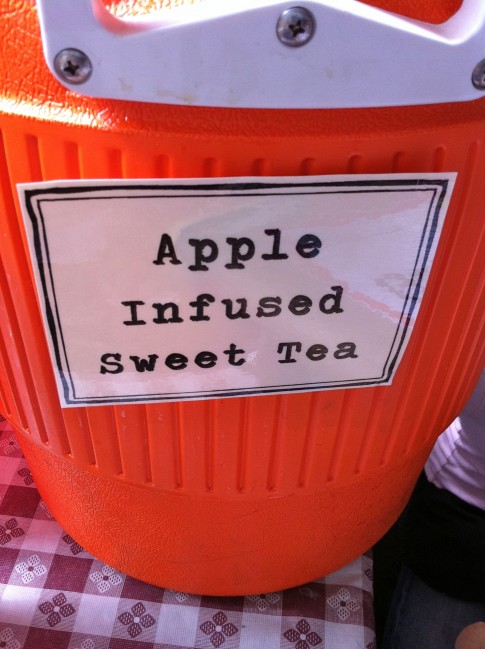 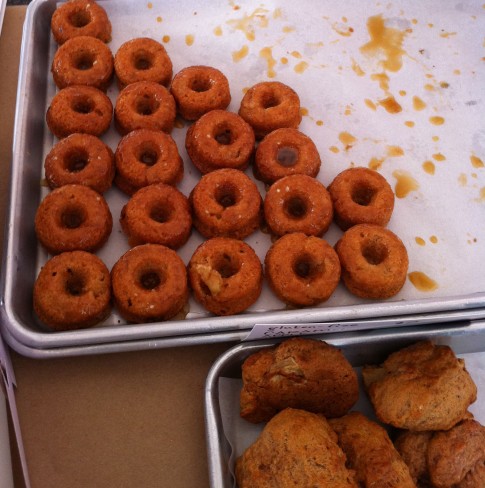 But then the big surprise ~ I saw a crowd around a young woman who was serving up something out of a big pot. I wandered over and I heard her say “This is the same thing they would have eaten here in 1901.” I looked at her  again and it was the same girl from the TV last night – Sara Lohman. I got all excited and said “Did you make veal tamales on Channel 25 last night?”  She got all excited and said I was the only person who recognized her from the show. I told her it was because of that show we were there. And then she gave us some apple compote. 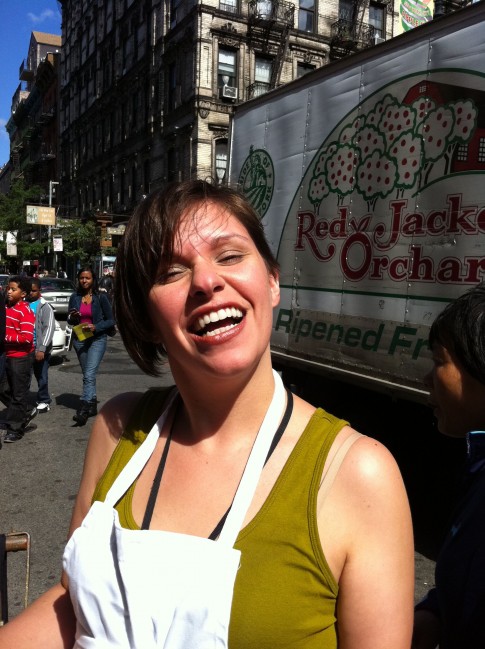 Sarah is an historic gastronomer. She has her own website called Four Pounds Of Flour.  She has just started a vegan lifestyle so I’m going to be following. 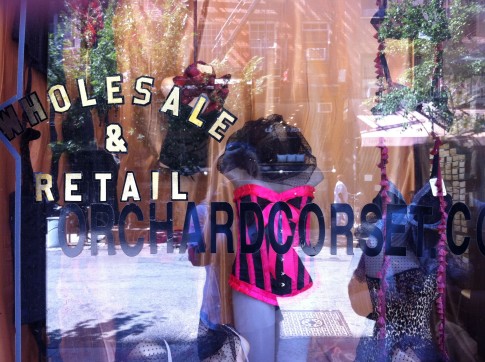 Combine sugar, raisins, sour salt and water in a large pot; cook over medium heat until all of the sugar is dissolved and it becomes a syrup. Peel and core the                                apple and cut them into 1/4 slices. Cook in large pan, covered, until apple slices are tender when pierced with a fork. Add to sugary syrup;allow to cool, serve.