I think every one has mixed feelings about where they come from and my take on LA swings from one end of the pendulum to the other. I am having a swell time out here promoting the book. It's fun to be on the other side of a business in a town where you have only been on one side of one business your entire life.

LA CAN BE A ROCK AND A HOT PLACE

I  think every one has mixed feelings about where they come from and my take on LA swings from one end of the pendulum to the other.

I am having a swell time out here promoting the book. It’s fun to be on the other side of a business in a town where you have only been on one side of one business your entire life.

But the traffic ~ I swear~ drives you nuts. People here talk about traffic the way people in New York talk about the weather. And I still drive around like it was 1989. I think it will take me 10 minutes to get places where now it actually takes up to an hour. And EVERYONE talks about this. It does feel like a huge hunk of your life is being wasted behind the wheel of a car. 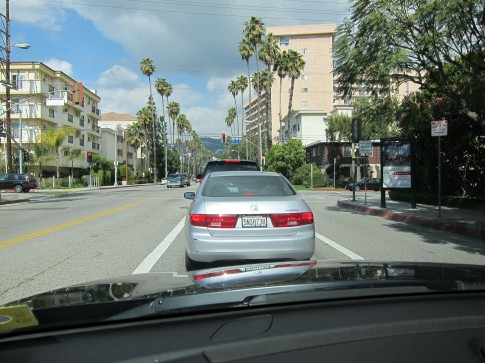 But then when you wake up it looks like this. 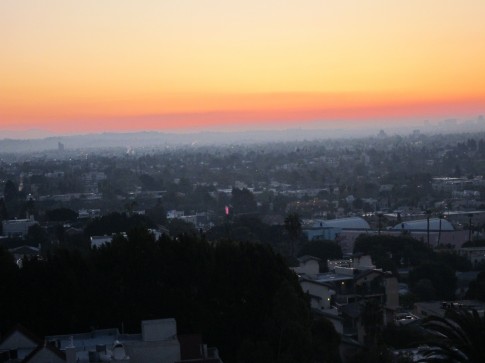 Now, I don’t want to do something tacky or mean and pick a favorite TV appearance to date. I don’t want to say I had more fun doing KTLA Water Cooler Buzz than anything else as I did have fun doing the others. But OK, I had the most fun doing this one. It was just plain fun.  Listen everyone is really nice to you when you do these shows and it’s a huge blessing to be on any of them and one for which I’m deeply grateful. But the KTLA show was just a hoot.

From the Green Room where I hung out with Leeza Gibbons. 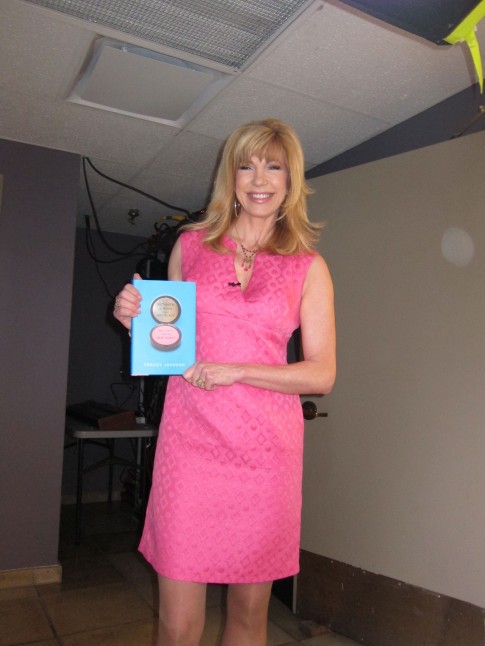 Looking damn good for fifty. How sweet was she to hold up the book? 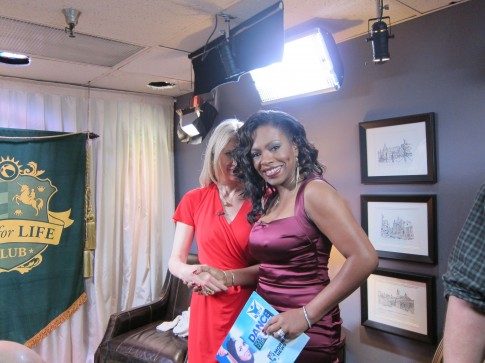 This is Cheryl Ross, she was a hoot. Everyone was just friendly and fun and it’s LA and people just sort of take all this in their stride. It’s just TV. Isn’t everyone on it?  Of course not, but that is the vibe. New York is more serious about it all. 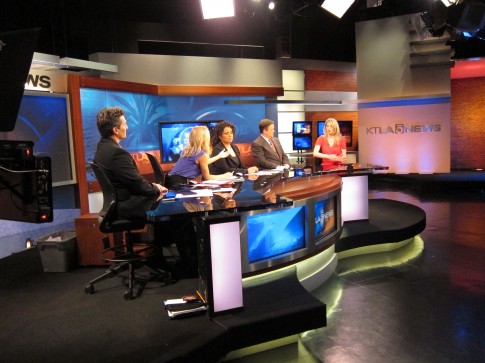 The cast was great. I spent five minutes before I went on trying to remember all their names, not an easy task for me, I have been known to forget my own. 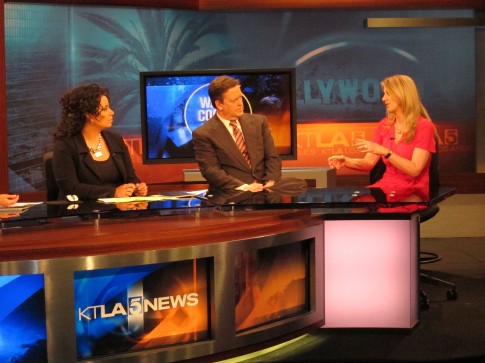 Here I’m talking to Michela and Sam. Not bad ~ huh? 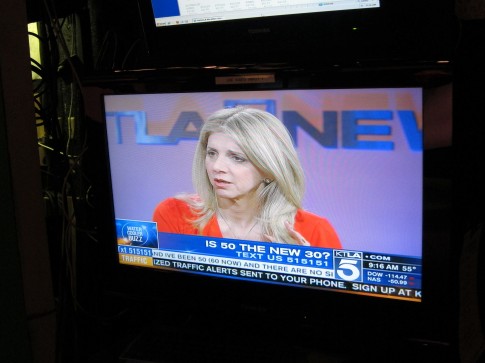 It was just swell. What can I say? 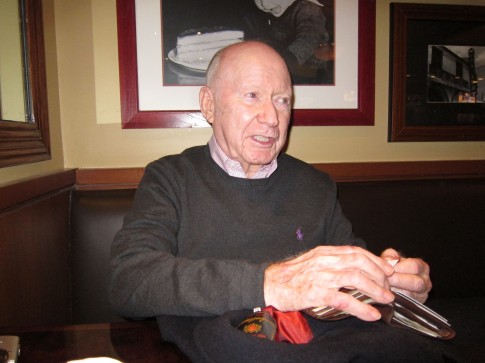 For those of you who sent good wishes to Uncle Bob Fox, he has come through his operation swimmingly. It is only two weeks and he is driving and up and about.  He is an example of how if you exercise and take good care of yourself your body will reward you.  We had dinner with he and Aunt Valerie last night and he was in great form. 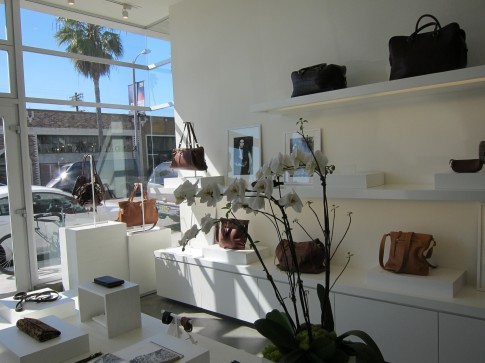 What is this doing here? I actually found myself with two free hours today so I went out to Abott Kinne, which has become one of the hipper streets in LA.  I had been longing to see fellow Santa Barbarian Kendall Conrad’s shop. I actually had a coffee outside and waited until it opened. She has done a great job. Her bags and leather goods can rival the best of them. 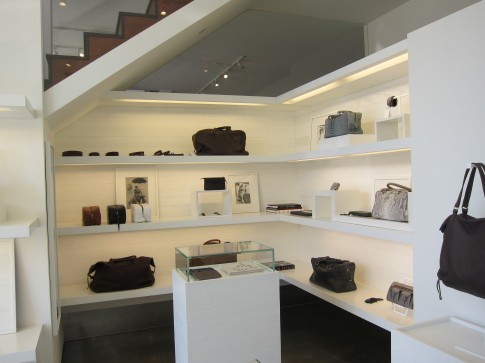 And then sometimes friends really turn out to be good friends. I have known LA columnist George Christy since I was a little girl, or at least a very young one, like not much older than Lucy. He has had a bear of a week, but we were scheduled to do an interview and he drove across town and we spent a nice chunk of time together and there is a reason he has been working non-stop for decades. He is a pro all the way and we not only talked about the book, but caught up on all sorts of things that have transpired during the years.

I actually shot a 50@50 of him as he is one of those people I really admire, he keeps on working ~ something I really believe in. 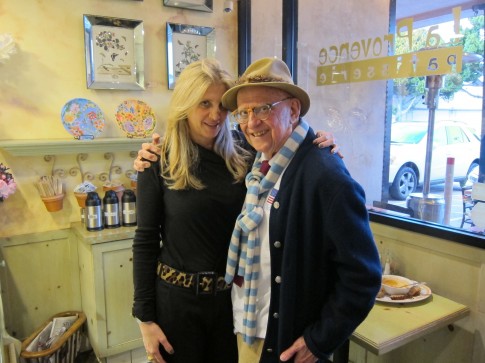 Time to pack up, tomorrow I do a radio call in at six am , tape a PBS book show with Connie Mortinson at ten and then head to Santa Barbara where my friends Penelope and Adam Bianchi are hosting a book party for me.