I wasn’t ready to leave Berlin. We barely scratched the surface. I had lists and lists of things I wanted to do and it only increased while we were there. We managed to cram in as much as we could our last two days.

I  wasn’t ready to leave Berlin. We barely scratched the surface. I had lists and lists of things I wanted to do and they only increased while we were there.
We managed to cram in as much as we could our last two days. New Year’s Eve certainly held us back as most things, scratch that all things seemed to close at two on Saturday so every one could prepare. But we ran around until all was shuttered.

We got up early and headed over to the section called Mitte. Now it’s all hipster shops and restaurants and bars, the irony of course is once upon a time, not that long ago it was smack dab in the middle of East Berlin.

We wandered and found all sorts of things. While Taylor and I were seeking out trendy designers, Glenn and Lucy found an Anne Frank exhibition on the fourth floor of an old building.

Taylor and I did find a great shop called Stokx Shop which is owned by Australian Lindy Stox. She makes everything herself and every piece is unique.

Part of what makes Berlin so damn cool is you leave Lindy’s chic little lair and make your way down these very well graffited stairwells,  then two doors down, in a non-descript  building you  find a gem of a museum devoted to a man called Otto Weidt. 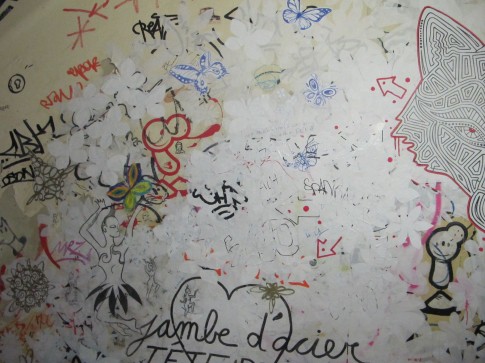 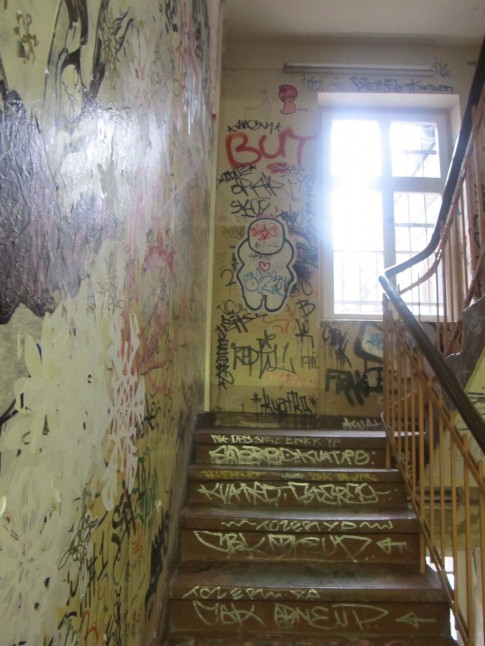 “The Museum Otto Weidt’s Workshop for the Blind opened on December 5, 2006. It tells the story of Otto Weidt’s Workshop for the Blind. During the Second World War the brush manufacturer Otto Weidt employed mainly blind and deaf Jews who produced brooms and brushes here. Various life stories testify to Otto Weidt’s efforts to protect his Jewish employees from persecution and deportation. As the threat grew, he found hiding-places for some of them. One of these hideouts was in the rooms that are now part of the museum.” 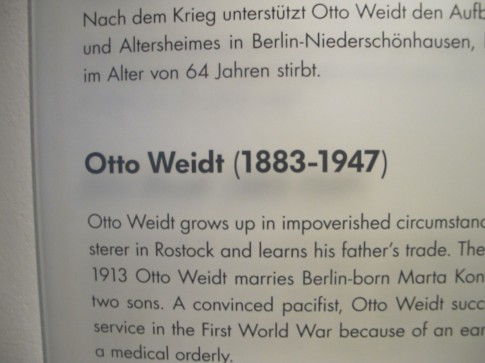 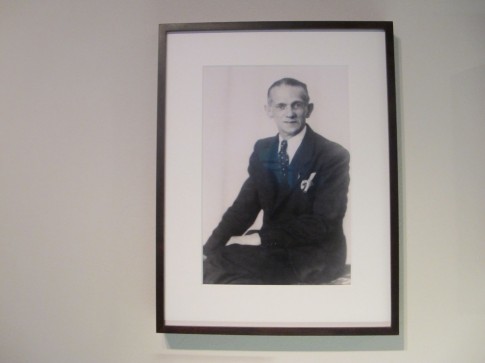 After spending some time there, we continued to wander but the stores were shutting down. We found our way to a café and by the time we came out at three, all was shuttered. We did have one great Laurel and Hardy moment where we all slipped on the same piece of black ice. 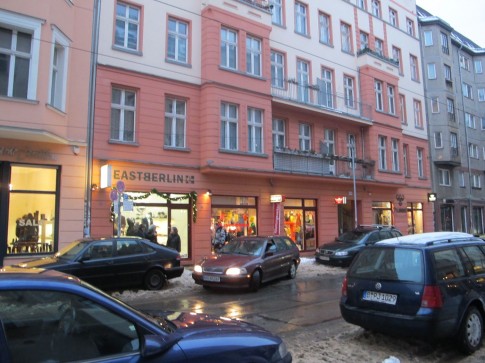 New Years Eve was very exciting and I don’t usually go for the holiday at all. But fireworks went off all over the city and there was an electricity in the air like I’ve never felt on New Year’s Eve. 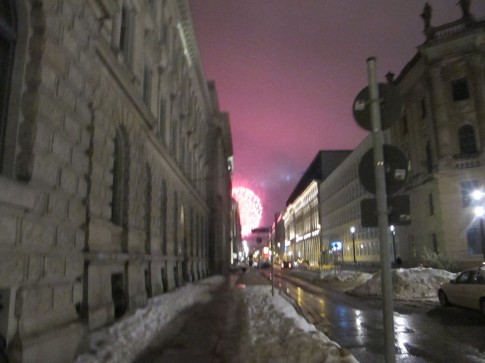 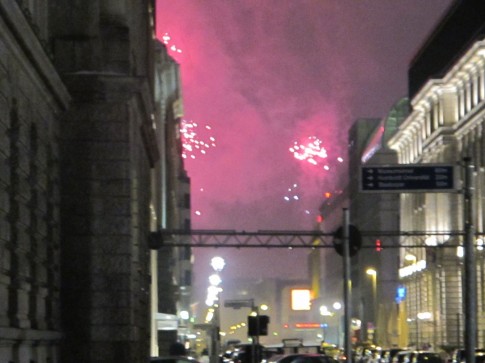 We even went into the bar and drank champagne and according to my family I ate three jelly donuts at twelve -thirty. I remember eating one and a half and I think they are making up the rest to drive me mad, as I know I didn’t drink that much. But I do love a good jelly donut and they just arrived on a platter to say Happy New Year.

New Year’s Day was our last day and most everything was closed. The exception was the Jewish Museum Berlin, with the new wing designed by Daniel Libeskind. I love museums. I go to them on a regular basis, but I seldom, if ever lose myself in them. I’m not one of those people you will find gazing at a painting for half an hour. I make my tour, do the gift shop and sometimes grab a coffee and I’m out. I have never lost myself in a museum the way I did this one.
Words can’t describe the environment Libeskind has created and the experience it gives you. I won’t even begin to try. From the moment you walk in, the cold rooms, the almost train like feel to the corridors and staircases that take you from one part to another; the pod like sections that are each devoted to a part of Jewish history or life. It really transports you. It is impossible  not to be moved by a Holocaust Museum, but this is far more than a Holocaust Museum. It is a history of Jews that takes you from 382 AD, up   through the Holocaust and beyond. But Libeskind  manages to transport you into an entirely self- contained universe that while horrifying at times, you don’t want to leave.  We were there three hours and  could have stayed another six. Even Lucy said I have never been anywhere like this. When I go back to Berlin, which I plan to do as soon as I can I will spend an entire day there. 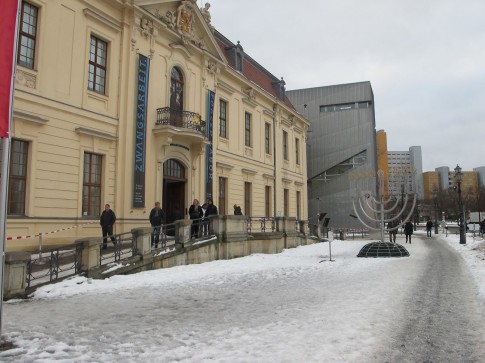 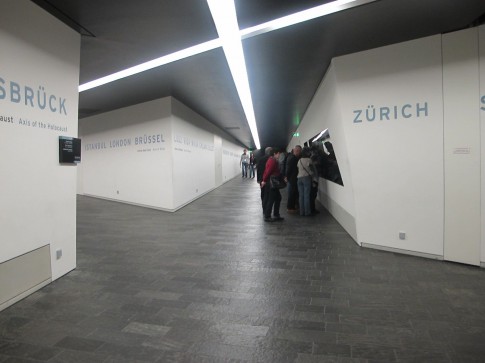 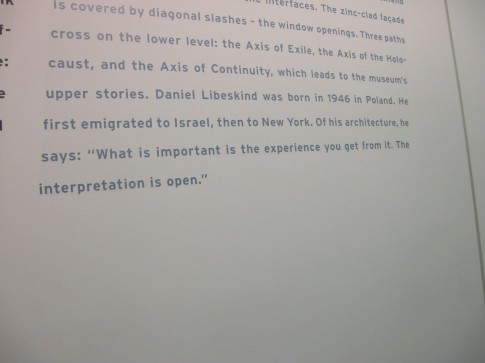 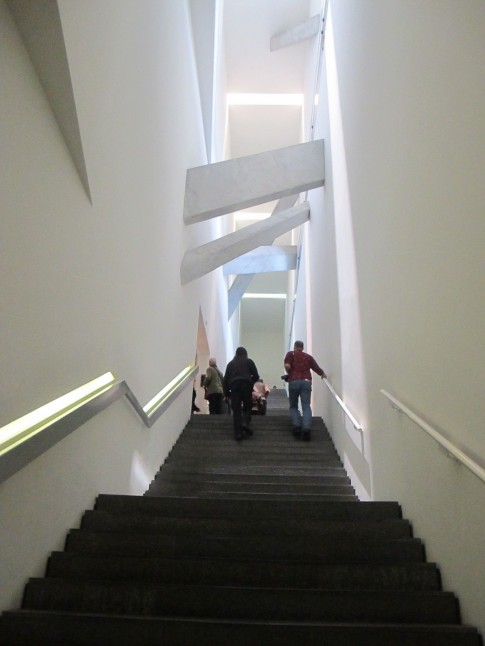 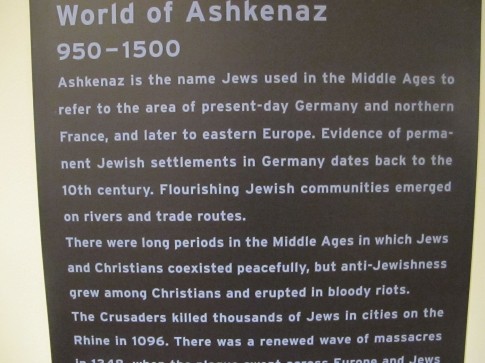 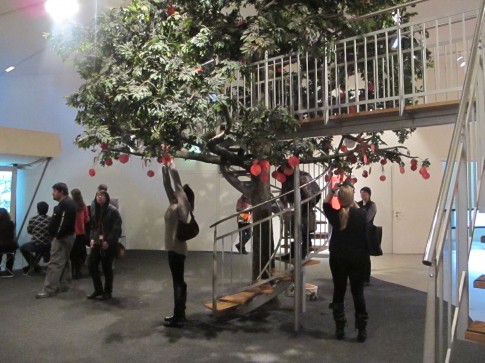 There are happy making things like this “make a wish apple tree.”  But as one would expect the over all feeling is shattering. 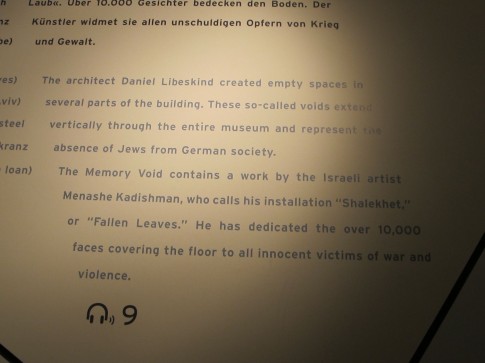 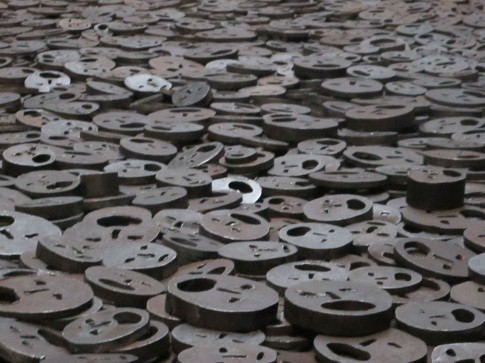 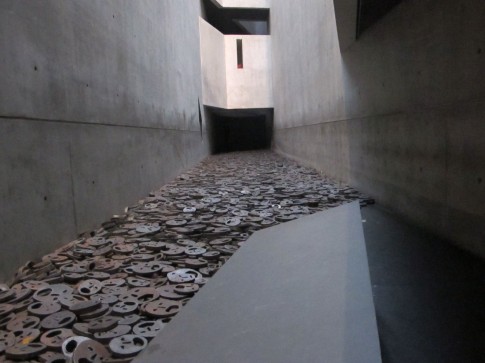 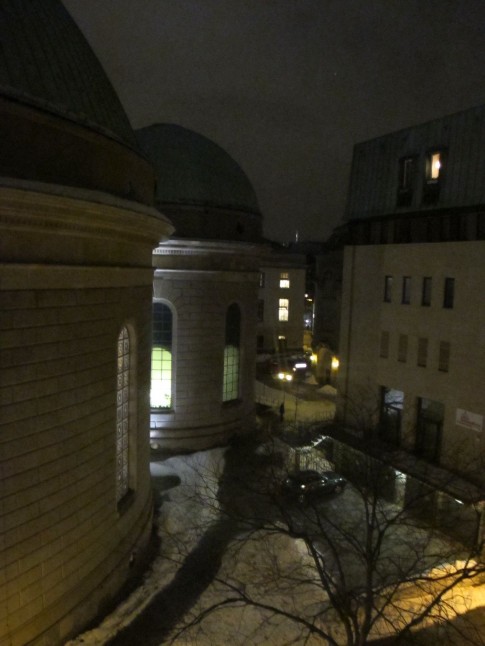 That night we found an open restaurant and had one big blow out final heavy German meal. We all swore no bread or sweets for at least a week.

We boarded our plane yesterday morning and came home to our life and our beds, with great memories and a longing to return to Berlin for sure and Istanbul some day. The only thing is next time, I’m booking it for spring! 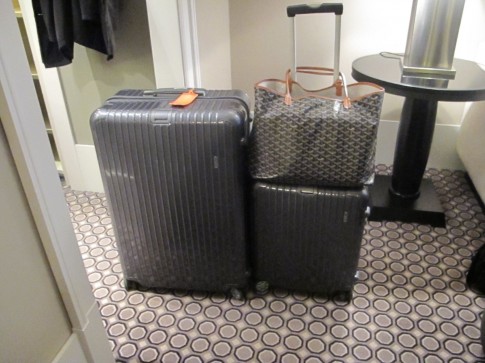